Share
Immersed in the hills covered with beech, holm oak and juniper woods, the village presents architectural evidence of Roman civilization, such as traces of the ancient Via Cassia, or Via Traiana Nova. A medieval town, whose originality is presented by the Castle of Lerona . 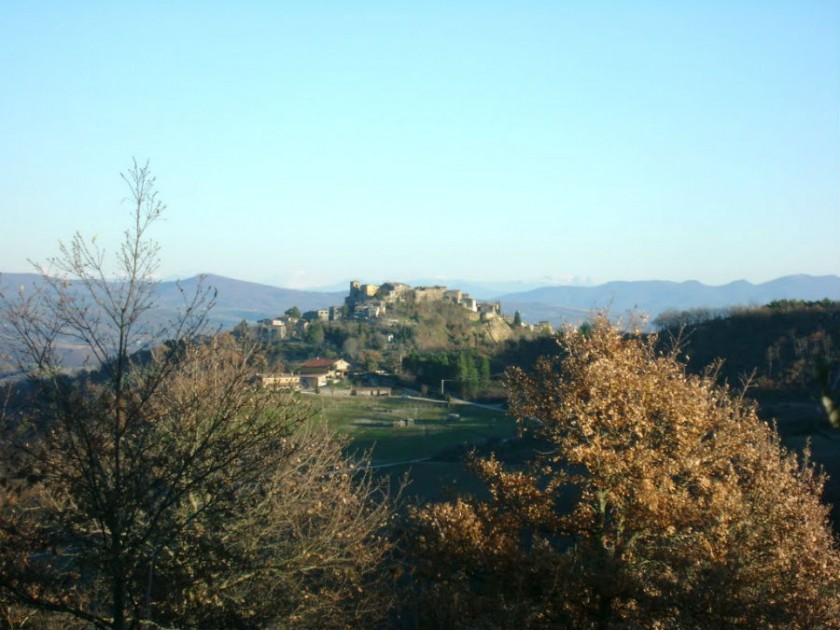 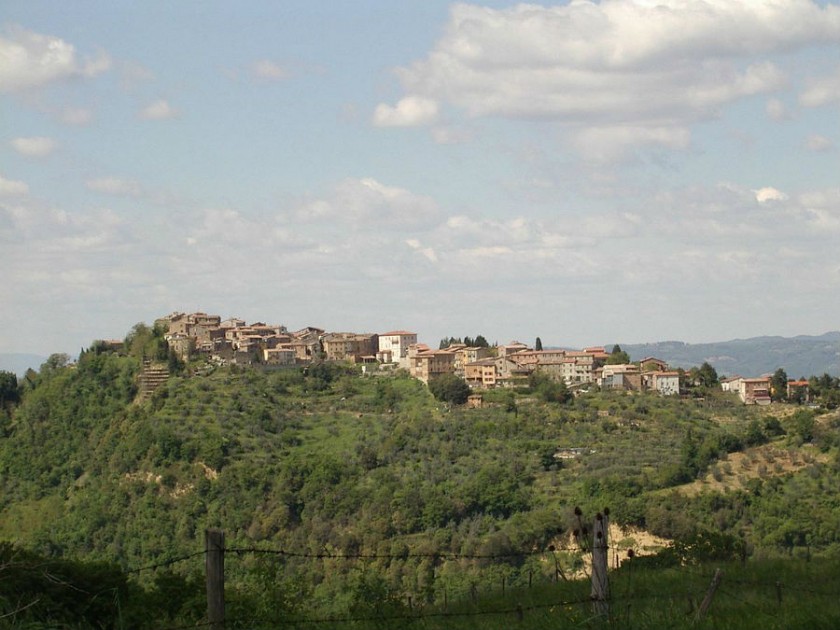 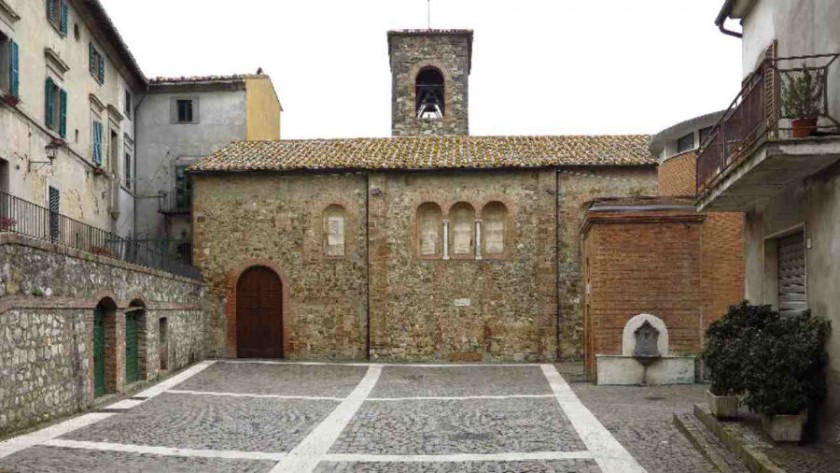 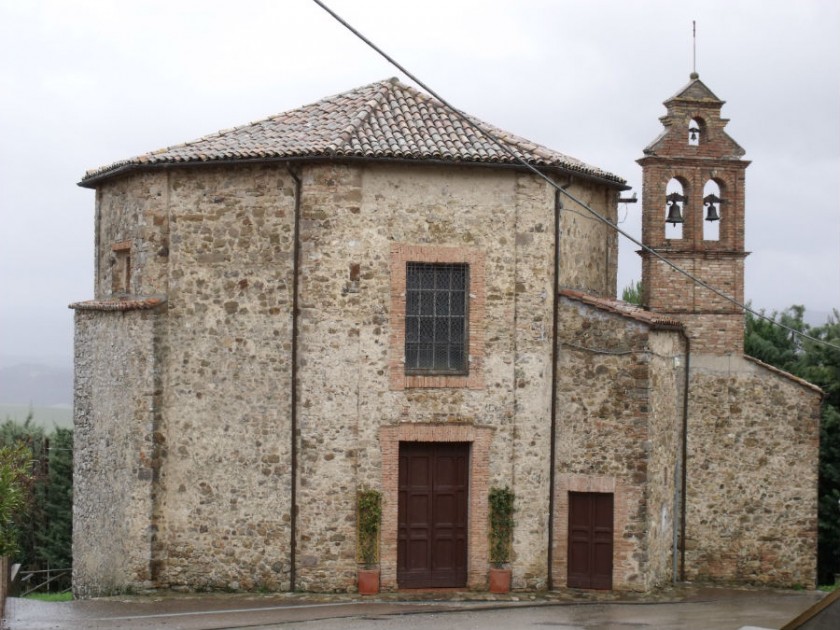 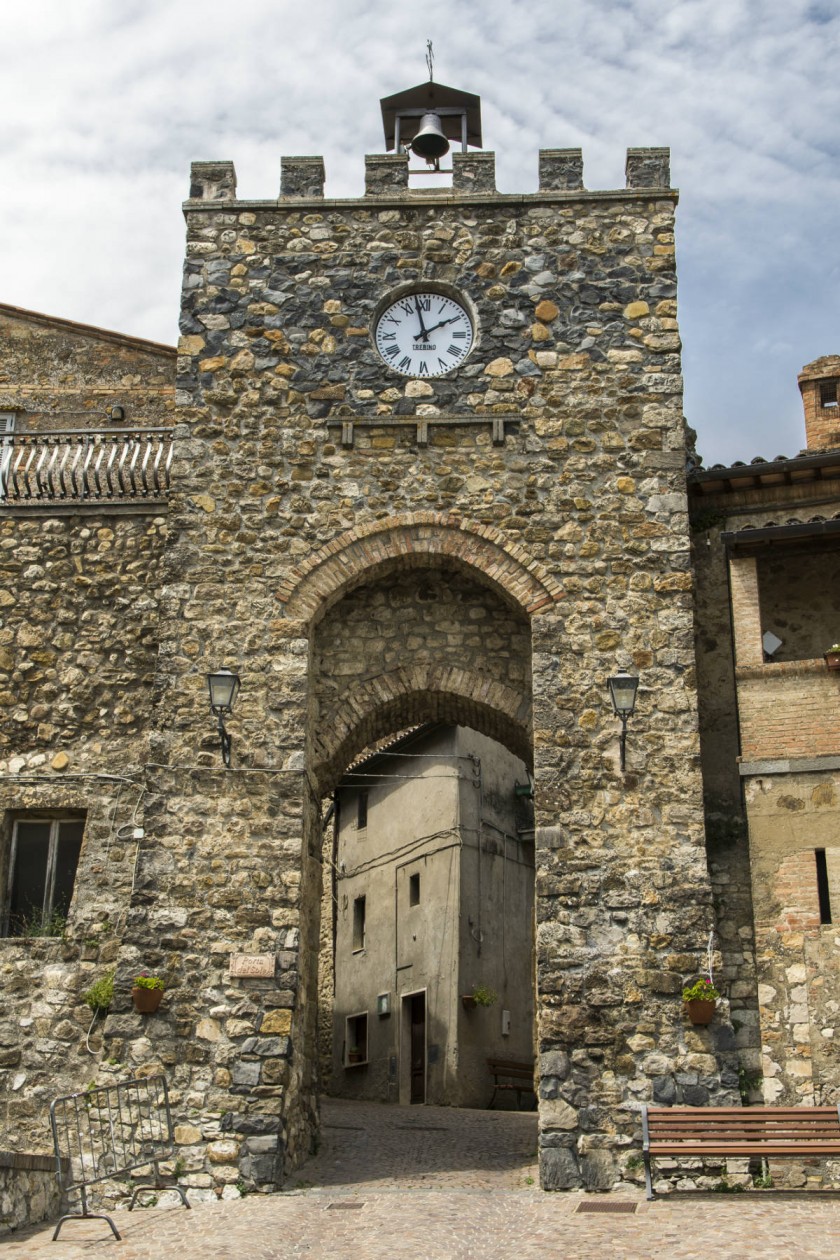 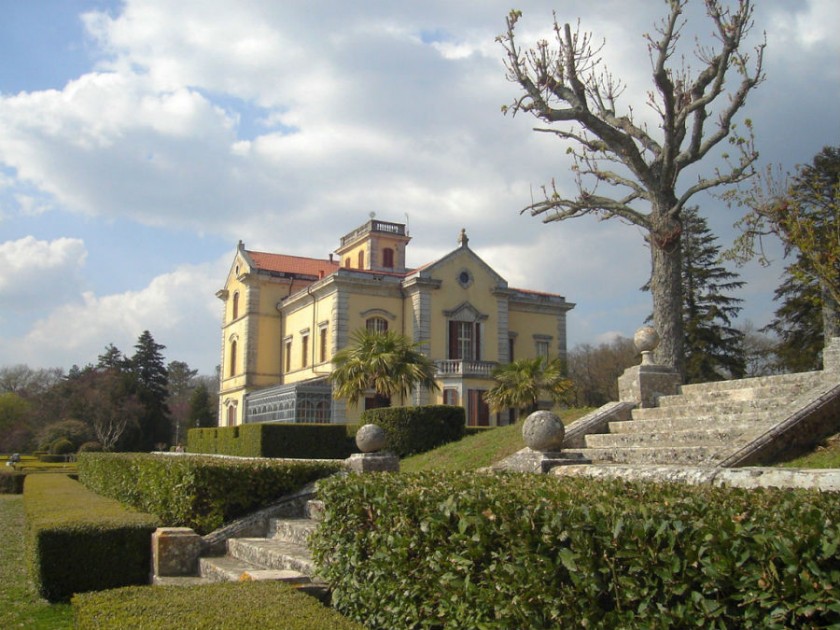 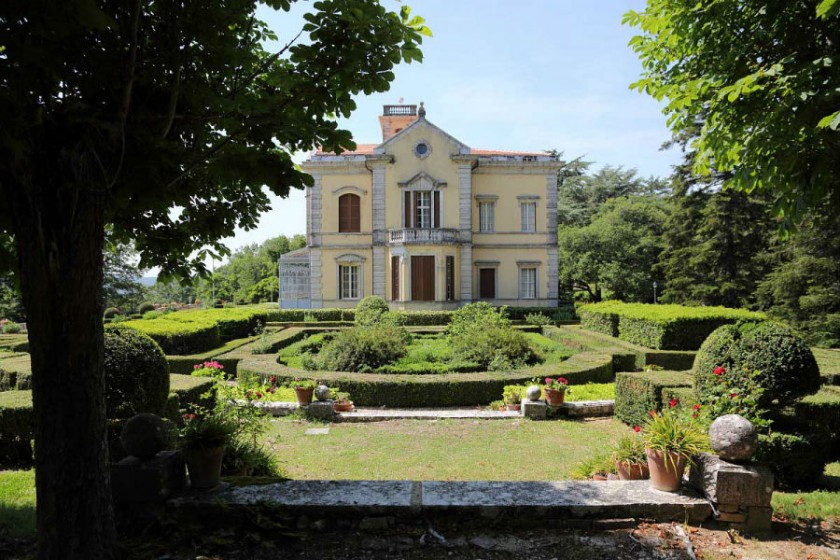 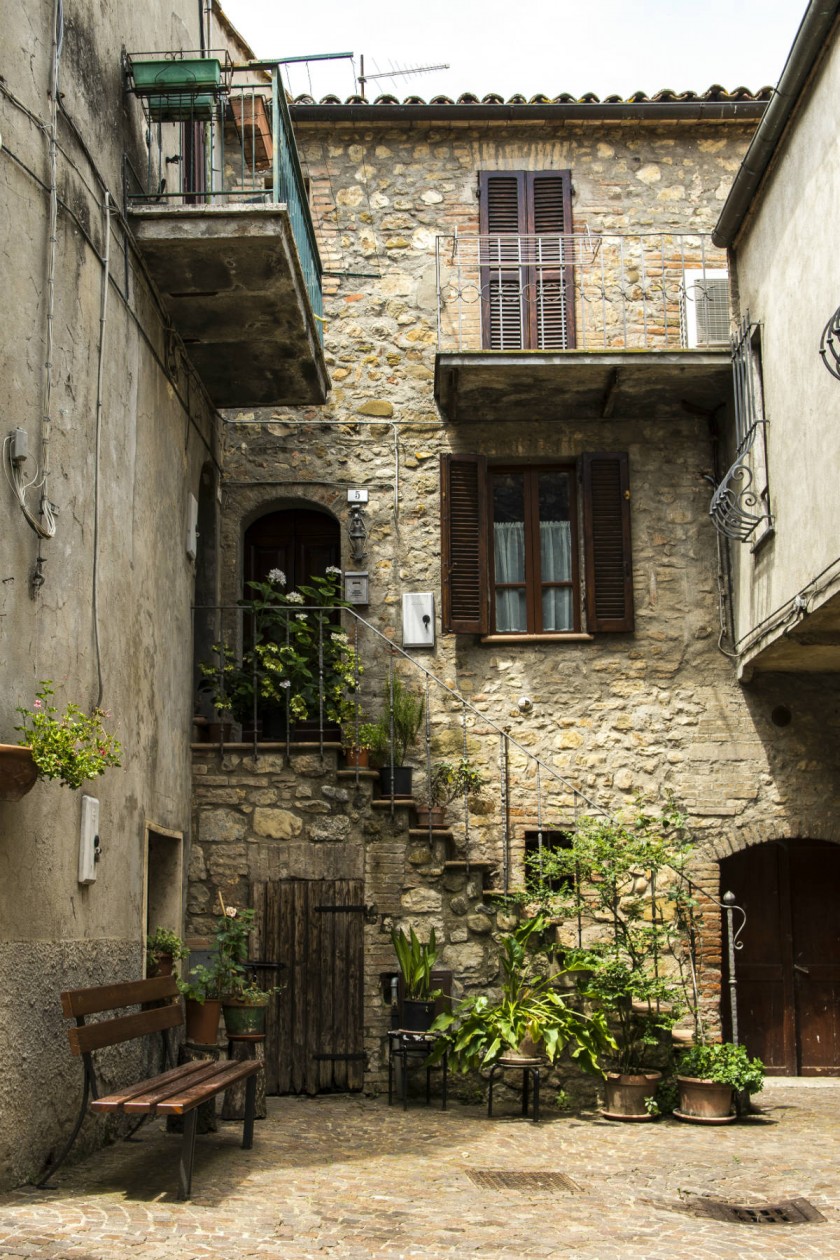 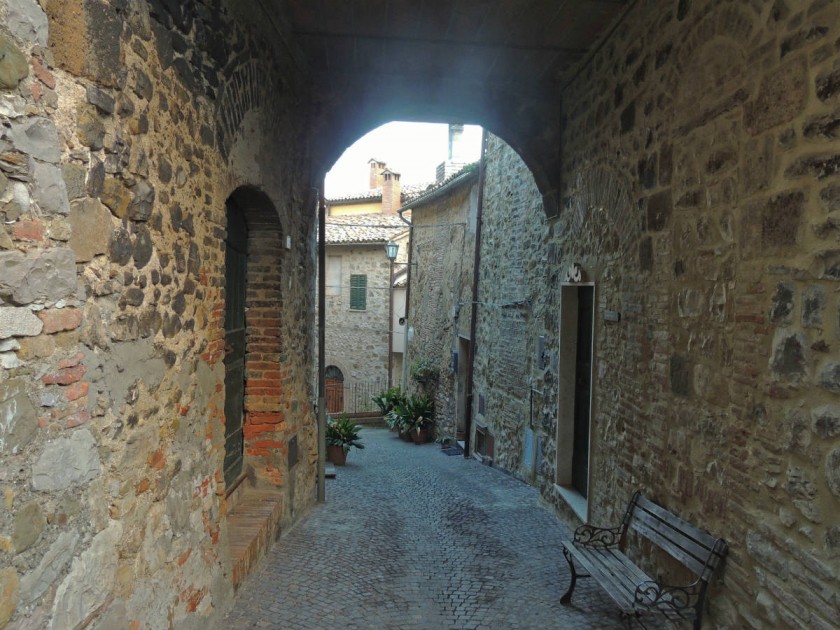 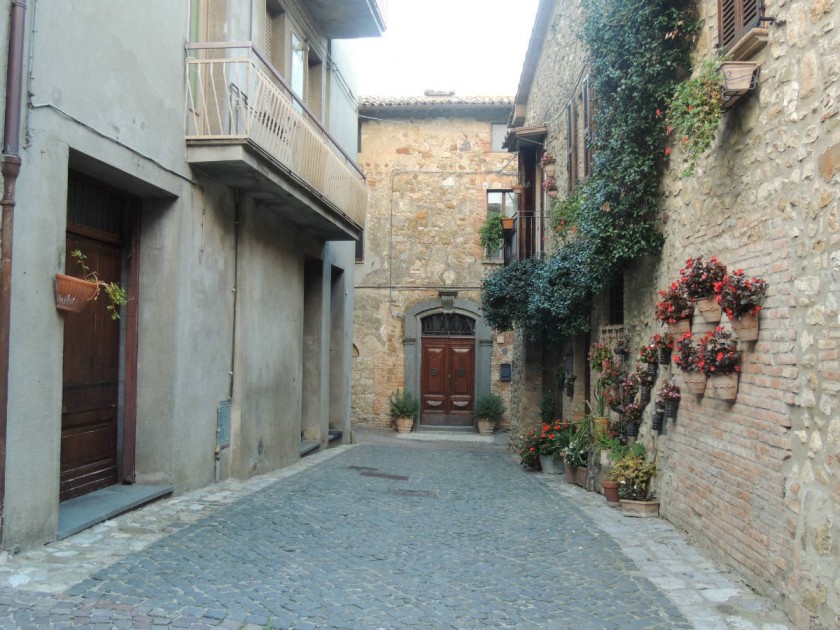 A look at Allerona

Allerona is situated in the so-called 'blessed' triangle, as it lies on the border between Umbria, Tuscany and Lazio. The first settlements in the etruscan era, but is of the Roman one that the evidence is there more certain: it traces remain of the ancient Via Cassia, or the Via Traiana Nova, referred were found stretches of paving and two columns milestones. In the Middle Ages Allerona was a feudal castle, important bulwark of Orvieto, subject to the families of the Monaldeschi and Filippeschi: of the ancient castle ruins remain of the ancient walls and the two doors called of the sun and of the Moon, as well as the urban layout.

Between 1494 and 1495, during its descent in Italy directed to the conquest of the Kingdom of Naples, Charles VIII came under the cliff of Orvieto, and having received no freedom of passage and food, with his army sacked and destroyed the whole surrounding territory, including the castle of Allerona. Its inhabitants knew however recover quickly, so much so that in 1585 the Community was reorganized with its own statute from which can be deduced still today civilian aspects, legal, economic, social and religious aspects of city life. Subsequently it was subjected to the dominion of the Papal State from which the liberated, in September 1860, the hunters of Tevere of Luigi Masi and then became part of the Kingdom of Italy.

The Pugnaloni of Allerona
from the pagan origin the adjustments due to the Christianization of the feast, from the most ancient Rituals in today's celebration, May - the month dedicated to the expansion of nature, to put that inflate to rebirth abundant and full - abounds everywhere of festivals and traditional. One of the most heartfelt and interesting is certainly that in Allerona celebrates Sant'Isidoro, the patron saint of the countryside and farmers, popularly known as the celebration of the Pugnaloni. The recurrence, the origins of which could rise to paganism and be connected with the offering of the firstfruits of the land to Cerere, goddess of the crops, or Mercury, god of trade, would then suffered, probably from the middle of 1700, a contaminatio linked to the expansion of the cult of Sant'Isidoro. Canonized in 1622 by Pope Gregory XV along with figures such as Ignatius of Loyola, Teresa de Avila, Francis Xavier and Filippo Neri, Isidore of Madrid (1080-1130), simply said Isidoro farmer, he had earned the holiness with a life of prayer, of sharing of parks goods with the poorest and rectum, tireless work.

It is narrated that the hired servant of Giovanni de Vargas, rich landowner, before and during the work pray intensely to make its work more fruitful and slight; and that the Lord, in part I was astonished results so flattering, partly pushed by the slander of the other laborers who gave Isidoro for assenteista - albeit at the advantage of prayer - notices, spiandolo, how, while he prayed, two angelic forms worked in his place by pulling the wagon of oxen. Obvious, therefore, how he became protector of the agricultural world and how its memory, which will be celebrated on 15 May, is linked in Italy and not only, to the rites that celebrate the life of the fields. Before this integration of a religious nature the party would be considered, according to the historian Perali Pericle, character merchant prominently, assumption that would be reflected in the date of mid-May, epoch in which in the Roman calendar was fixed "the day of the great job" by the Merchants.

Before this integration of a religious nature the party would be considered, according to the historian Perali Pericle, character merchant prominently, assumption that would be reflected in the date of mid-May, epoch in which in the Roman calendar was fixed "the day of the great job" dei Mercanti. With regard to the term "pugnalone", although a hypothesis the face go back to Latin pugna, fighting - as is probable for the analogous traditional feast of Acquapendente, which however does not celebrate the life of the fields but the freedom, recalling the victorious revolt of the people against the army of Federico Barbarossa - is more likely to Allerona, the hypothesis that leads him to goad, to the stick provided at one end of a push rod of iron and other a scraper, used by peasants to urge the oxen to move and to clean the plow from the turf.

The Pugnaloni are allegorical floats, surmounted by the characteristic tree of poplar wood decorated with ribbons in various colors, scenes of life and work in the fields. The characters, animals, agricultural tools are built of wood and clay by the inhabitants of the place and always present is, in the representation, the scene of Isidoro who prays while angels lead the plow. After the religious function of the morning the Pugnaloni parade through the streets of the country with a procession of people in costume alleronese of the second half of 1800, the band, the clergy with the image of Sant'Isidoro, the Gonfalon of the town and the municipal authorities, to then be rewarded by a commission and stand in exposing the whole day in the historical center. But while a time were bearers themselves to offer those who agreed the firstfruits of rural life contained in the Pugnaloni, today are rather the tourist associations to organise, in the afternoon between the re-enactment of the ancient crafts, a more modern tasting of typical food. The whole kingdom, obviously, to the whole series of celebrations that each traditional festival entails and that they do not last for one day only.

Cahen Mansion
Villa Cahen is located inside of the Selva di Meana, near the village of Allerona, in Umbria.
Strada Provinciale 50, Allerona
castle of Torre Alfina
Torre Alfina is a small medieval village near Acquapendente, in Lazio.

Via al Castello, 18, Acquapendente (Viterbo)
6.67 Kilometers from Allerona
Bosco del Sasseto Natural Monument
A protected area with a high naturalistic value, made unique by the presence of many old and monu...

Via Julia De Jacopo, 33, Acquapendente (Viterbo)
11.35 Kilometers from Allerona
City Museum
The Museum of Acquapendente is located on the ancient urban route of the Via Francigena, nel Lazi...

Piazza Giuseppe Garibaldi, 23, Arrone (Terni)
69.61 Kilometers from Allerona
Casteldilago
The small village of Casteldilago is located near Arrone, in Umbria.

Find where to sleep in Allerona

Living crib in the historical center

Feast of S. Isidoro Agricoltore - Feast of the Pugnaloni

Feast of Our Lady of Water

The Cellai of Allerona

Our news about Allerona

Recipe: Panpepato, the Christmas dessert of the Terni villages
It has ancient origins, the Panpepato (a sort of gingerbread), the Christmas cake par excellence of Terni and the villages of the territory. It seems to date back to the sixteenth century and the legends hover around this typical Christmas dessert that triumphs on the tables of the villages of Terni even until Easter. Tradition, in fact, wants at least one Panpepato to be kept pending the Resurrection festivity. Each family has its own recipe with the appropriate variations, but the basic ingredients are always the same, provided by ...
Continue