Share
It is the most renowned village in the whole Val d'Orcia and a large part of its significant historical and artistic heritage is concentrated in the suggestive square dedicated to Pope Pius II, where the Palio del Cacio has been held in the first week of September since 1960. melted. This enchanting village is widely known as the "ideal" city of the Renaissance. 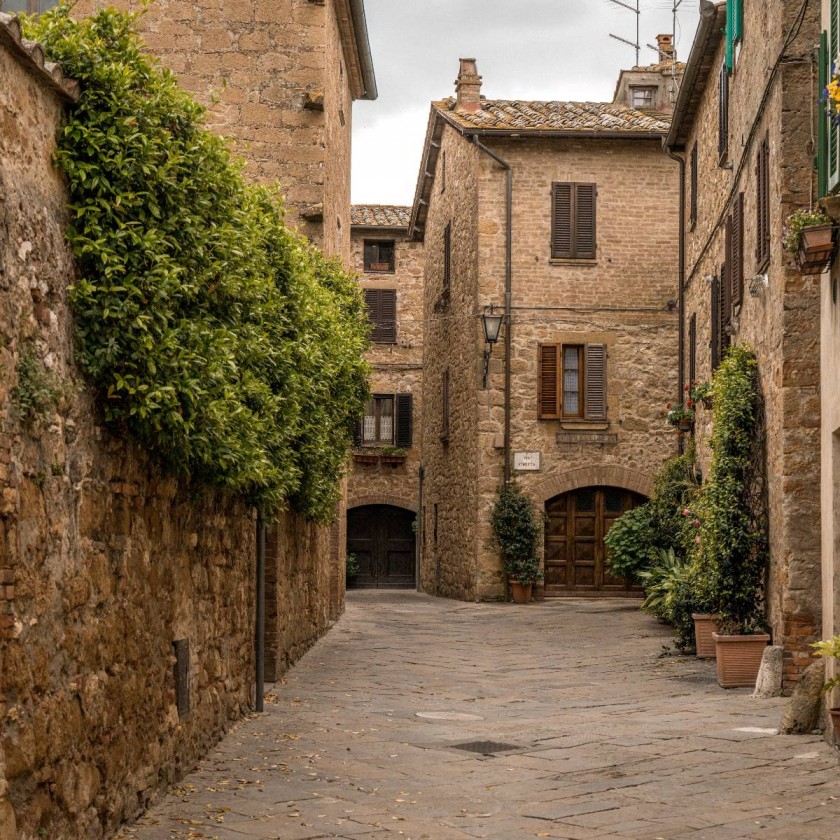 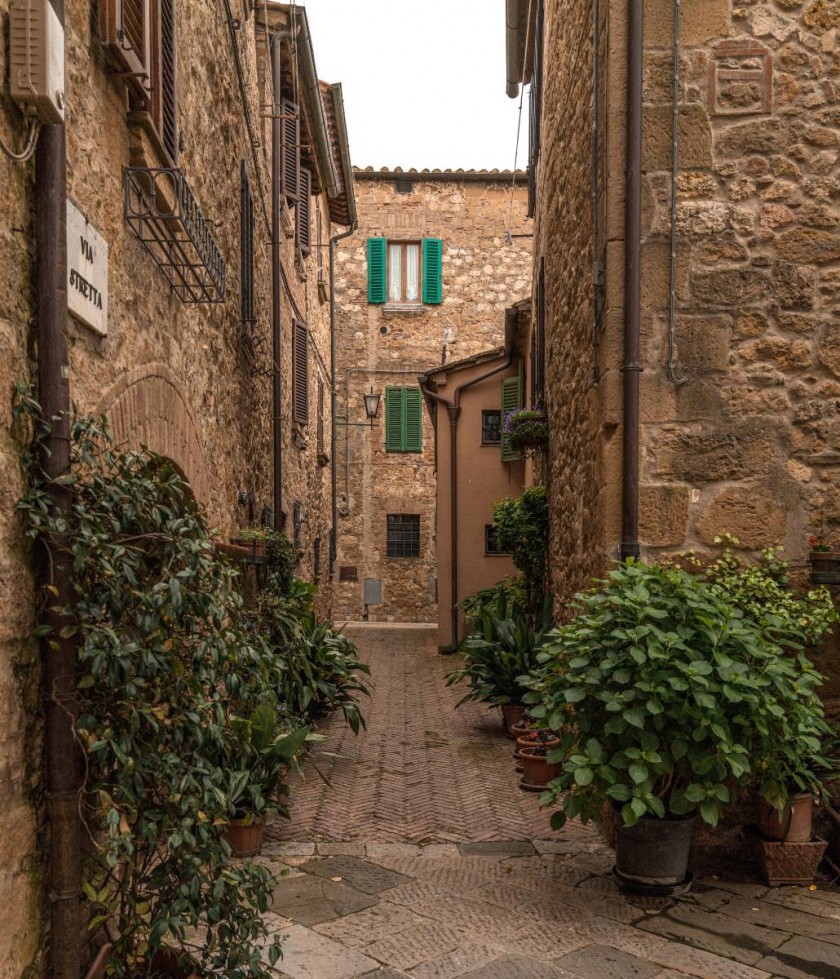 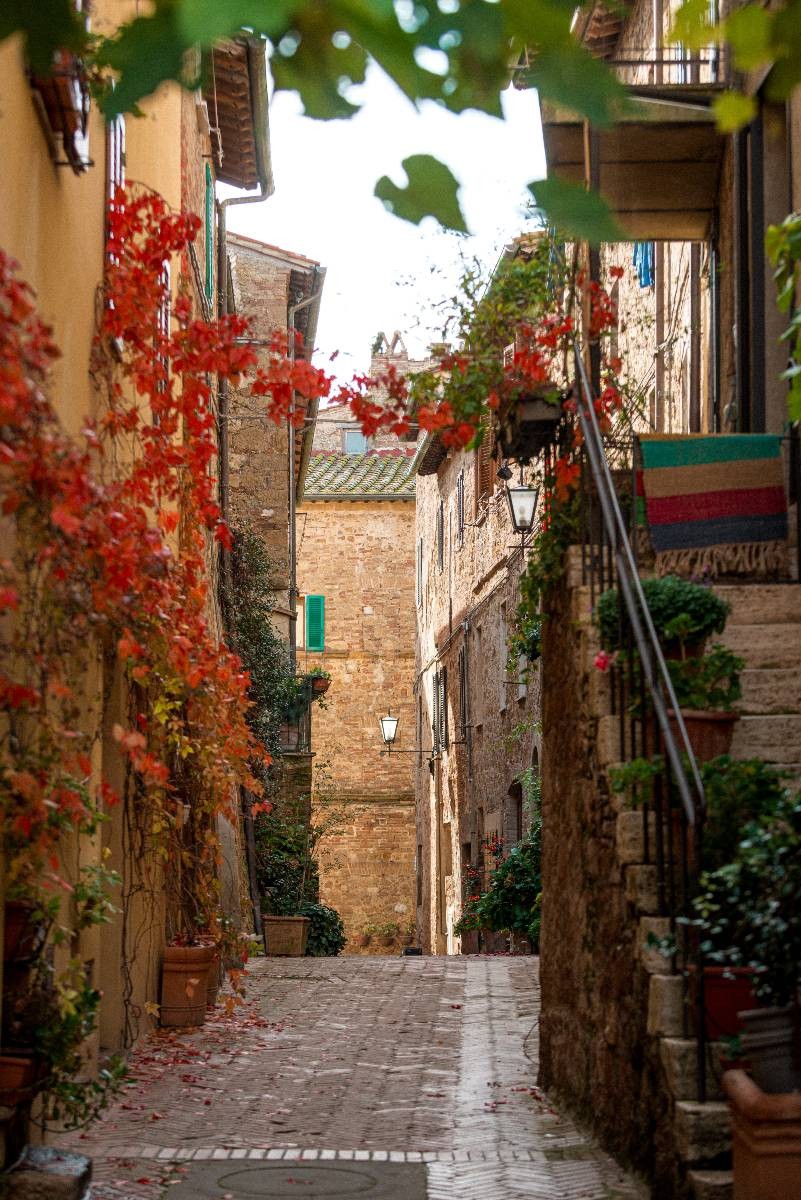 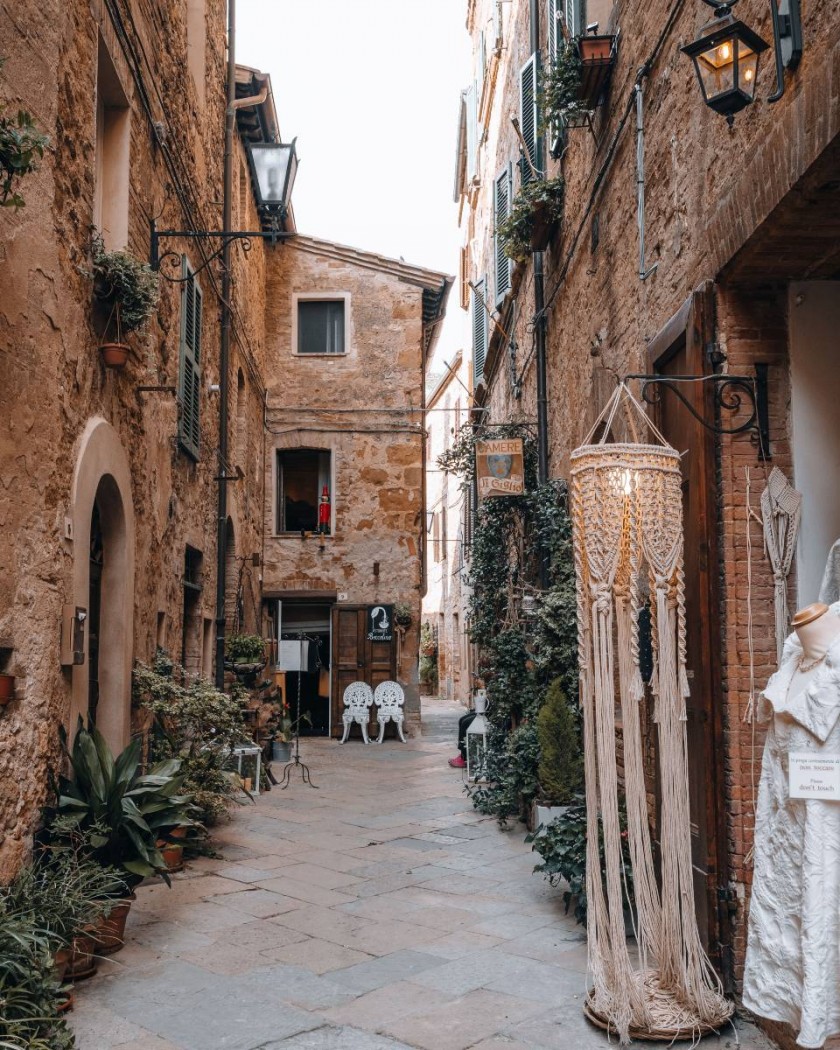 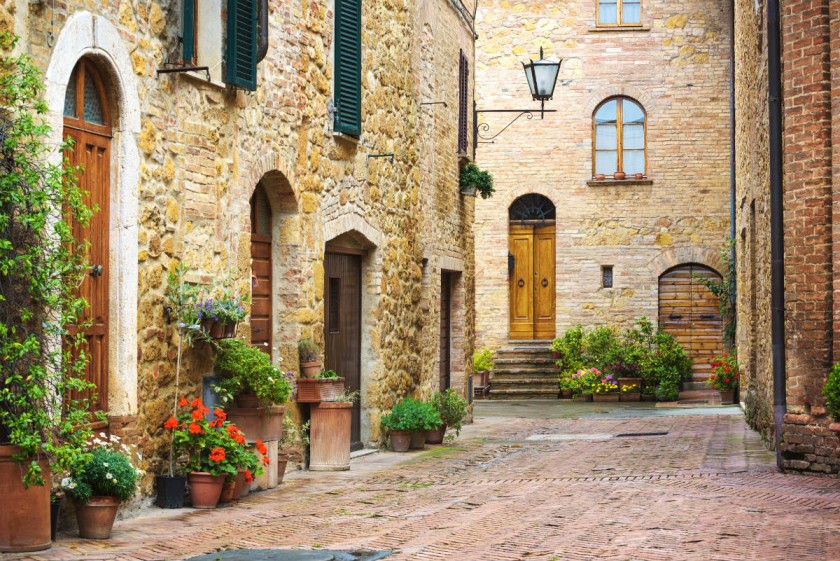 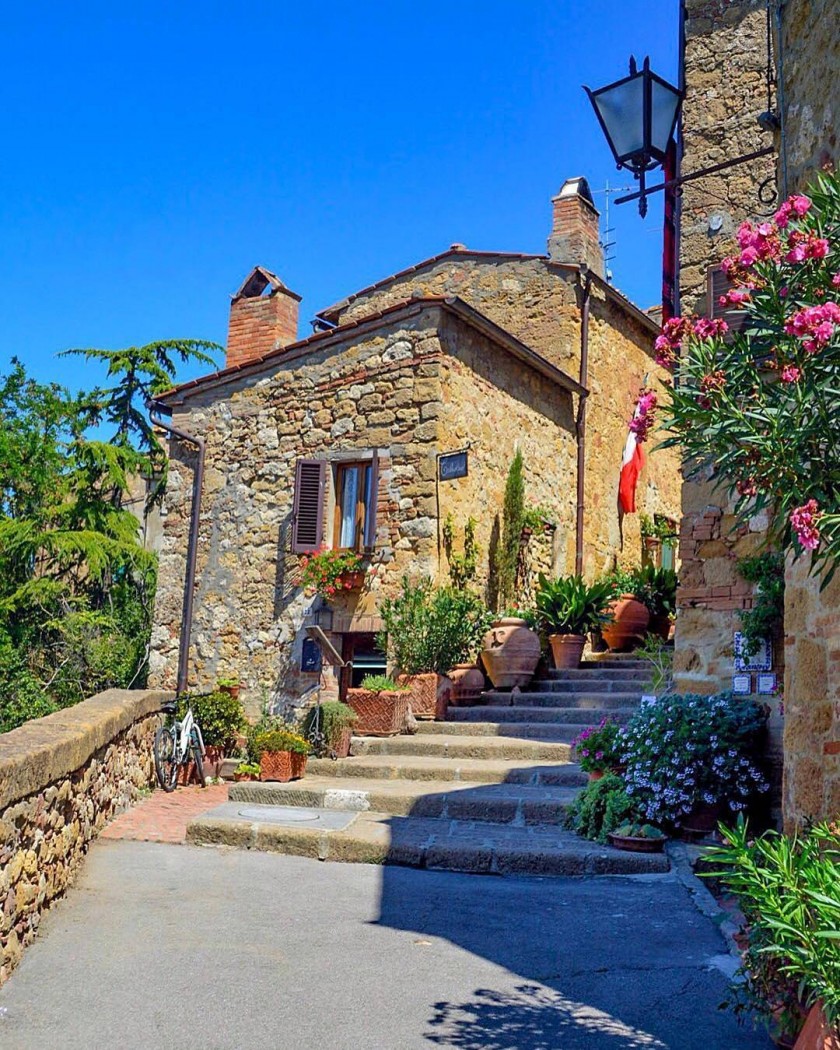 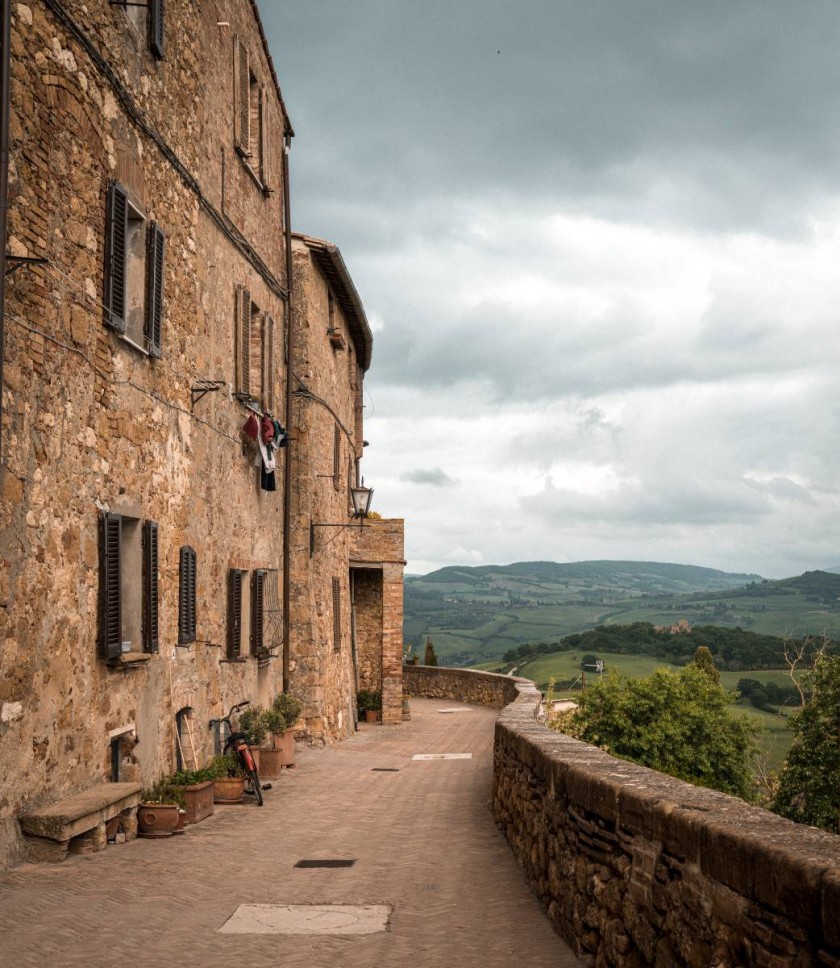 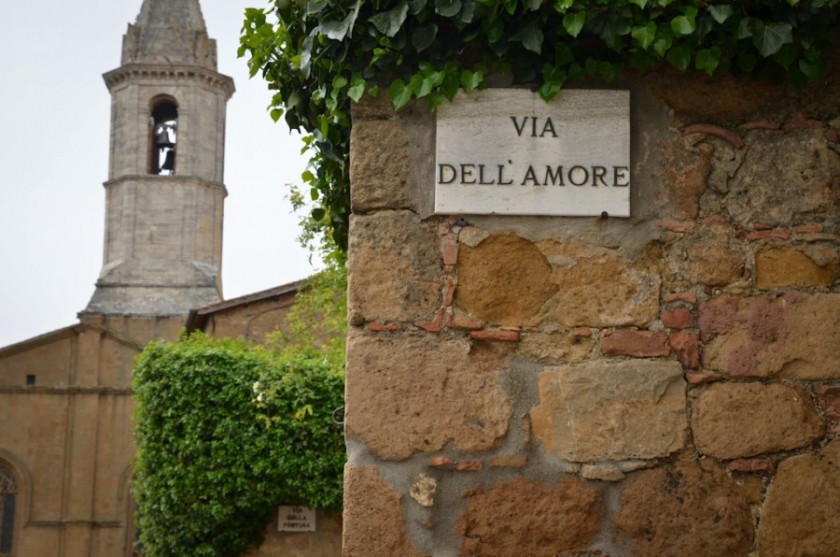 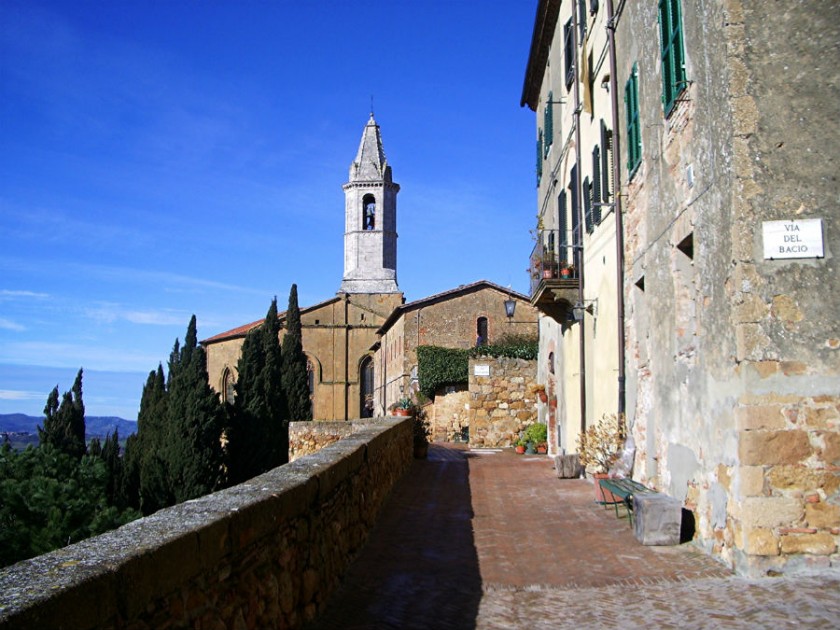 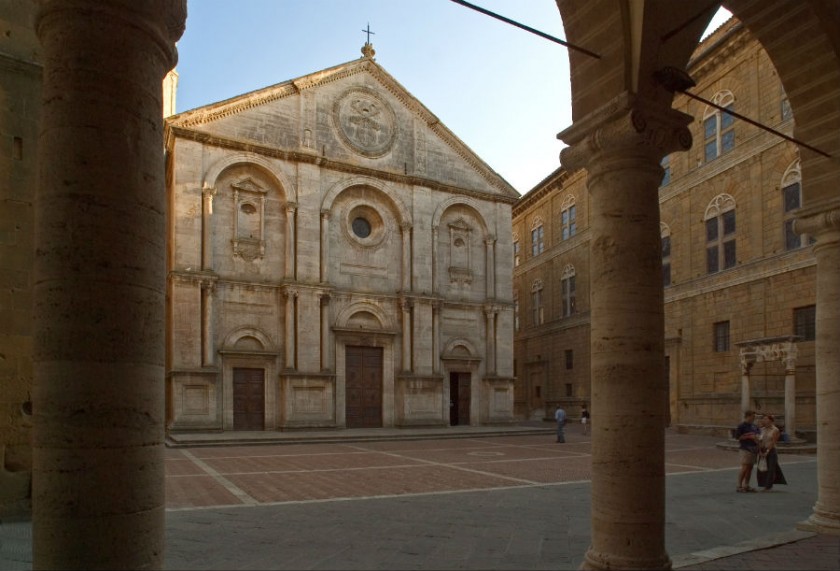 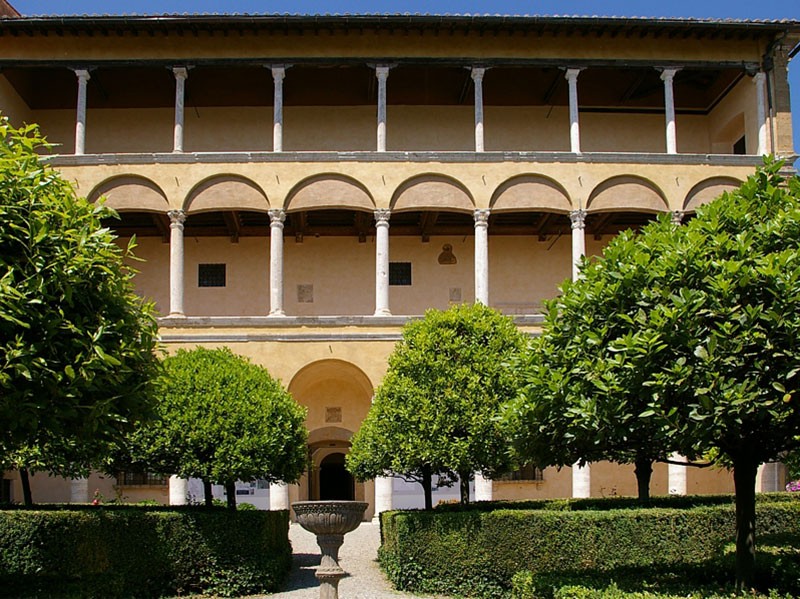 Pienza is the village most renowned and greater artistic importance of the whole of the Val d'Orcia. The city until 1462 was nothing other than a small village named Corsignano. The event which changed the fate was the birth in 1405 of Enea Silvio Piccolomini who 53 years later became Pope Pius II. Just a trip of the Pontiff toward Mantua brought him to cross the place of birth and the degradation that found led him to decide on the construction of a new ideal city above the ancient village, entrusting the renovation project of the architect Bernardo Rossellino: the construction lasted about four years and brought to light a harmonious town and with forms typically 1300s.

Much of the significant historical and artistic heritage of Pienza is concentrated in the evocative square dedicated to Pope Pius II, in which the Palio del Cacio Fuso is held since 1960 in the first week of September.
It still remains one of the most significant examples of rational urban planning in the Italian Renaissance.
The Renaissance Cathedral is immediately isolated and clearly visible, in front of the Palazzo Comunale and next to Palazzo Borgia e Palazzo Piccolomini. The Hermitage is a complex of rooms excavated in the sandstone by monks and hermits is located near Pienza. Curious, in a grotto is the sculpture of the Madonna with six fingers.

In 2003, in the natural reserve of the firefly Beautiful, have resurfaced the fossil remains of a Etruridelphis giulii (marine mammal similar to a dolphin) lived in the area over 4.5 million years ago, in a period in which the current gullies were the backdrop of the Tyrrhenian Sea. The fossil was considered by scholars of great scientific value, because it is the relic to complete more of the species existing in the world.

Pienza, papal city, sits on its noble hill, with the face turned toward the boundless undulations of the Val d'Orcia, dotted with farmhouses and furrowed with ancient streets. Pienza, the renaissance city is a perfect model of urban planning and architecture of humanism, still incorrupt in its structure. Since 1996 for Unesco is a patrimony of humanity.
The merit is of pope Pius II, in the days Enea Silvio Piccolomini, a pope idealistic, born from a noble family and lover of the canons of classical beauty. He tried to make Pienza his "ideal city", leaving to posterity one of the most significant examples of urban design rational of the Italian Renaissance.
The beauty of the town lies primarily in its square, that suddenly opens in the narrow space of the medieval buildings. The project is the work of the architect Bernardo Rossellino, lying at its patron about the huge expenditure that would have been required for its realization, has managed to bring to humanity monuments of priceless value and beauty. Among them the Cathedral, a "crystal temple", enlightened thanks to a wonderful game of light coming from the large windows of the apse.
The square is small, but, thanks to the talent of the perspective opening and the paving of panes, similar to the paintings of Piero della Francesca, appears wide and majestic. At the sides of the Cathedral rises up the papal palace and the Palazzo Vescovile. In front, instead, the Palazzo Pubblico.

The cacio fair in Pienza is one of the most anticipated traditional events for tourists and citizens, in honor of the most renowned product of the area: Pecorino (typical Italian cheese). A whole week with a full program of events, shows, tastings, markets and much more, during which the curious game of Cacio al Fuso is played. The six districts of Pienza compete for the Palio, challenging each other in this popular game, a really curious competition that should not be missed.

The game is played in Piazza Pio II, where it is possible to see a ring of white marble, set in the pavement.
Right at the center of the ring the spindle is positioned and starting from it concentric circumferences, of ever greater radius and lower score. Each of the six teams consists of six members and any reservations. One player at a time must kneel on a rug, which is made available to shooters, and throw a cheese on the floor, trying to get it as close as possible to the spindle, so as to obtain the highest score. Each member has three pitches to make sure that the score of his team is the highest to win the Palio designed by local artists.

Via dei Longobardi, 291, Chiusi (Siena)
22.97 Kilometers from Pienza
= distances as the crow flies

Travel proposals in Pienza and in its territory

A Vespa tour from Siena with lunch at a winery in Chianti - from 129 €
Set off from Siena on a Vespa scooter and enjoy splendid views of the rolling hills, vineyards and olive groves of the Tuscan countryside.
| Travel proposal valid until: Monday 31 october 2022
Approx. 8 hours
Interested villages: Monteriggioni, Radda in Chianti
Hot air balloon flight over Tuscany from Siena - from 290 €
Enjoy aerial views of the Tuscan countryside during a 1 hour hot air balloon flight
| Travel proposal valid until: Saturday 31 december 2022
3 hours | Valid all year round | Max: 6 participants

Find where to sleep in Pienza

Viale Manciati, 2, San Casciano dei Bagni (Siena)
28.03 Kilometers from Pienza
Azienda Agrituristica Pomponi
In a genuine Tuscany, an authentic farm greets you with the sincere warmth of a family.

loc. Santa Margherita, 34 , San Gimignano (Siena)
68.81 Kilometers from Pienza
Pasticceria Il Campanile
A small place located at the entrance of San Casciano, where you can enjoy excellent croissants a...

Viale Gramsci 9, San Casciano dei Bagni (Siena)
27.95 Kilometers from Pienza
Giacomo Mori
Since the end of the 19th century, the wine, born in the cellars of Palazzone, has travelled the ...

Località Casale, 19, San Gimignano (Siena)
68.58 Kilometers from Pienza
Cantine Ravazzi
The Ravazzi Cellars have conquered the area between Umbria and Tuscany as a synonym of genuineness. 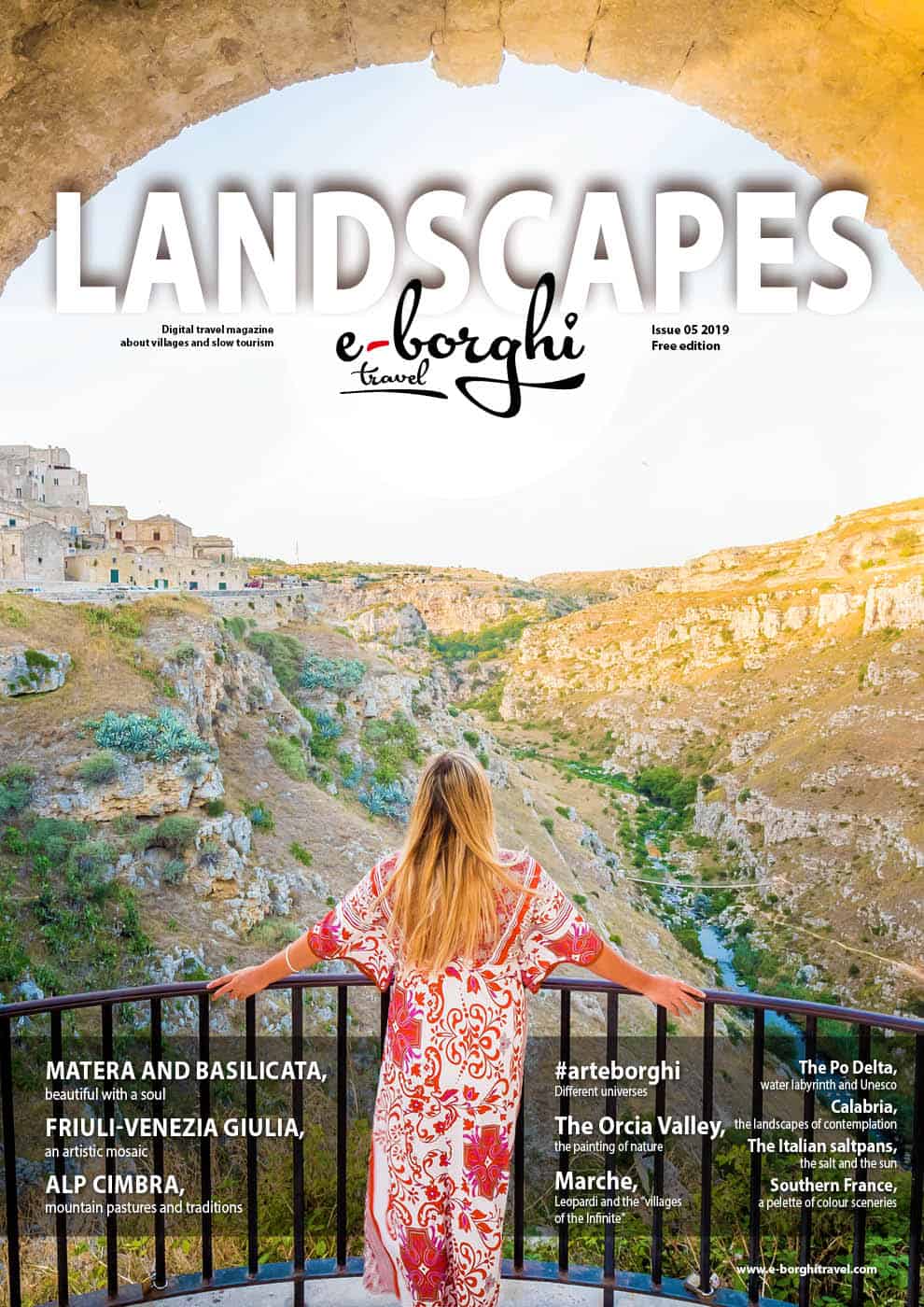 Pienza is present in issue 5 of our digital magazine e-borghi travel.
Read it now! 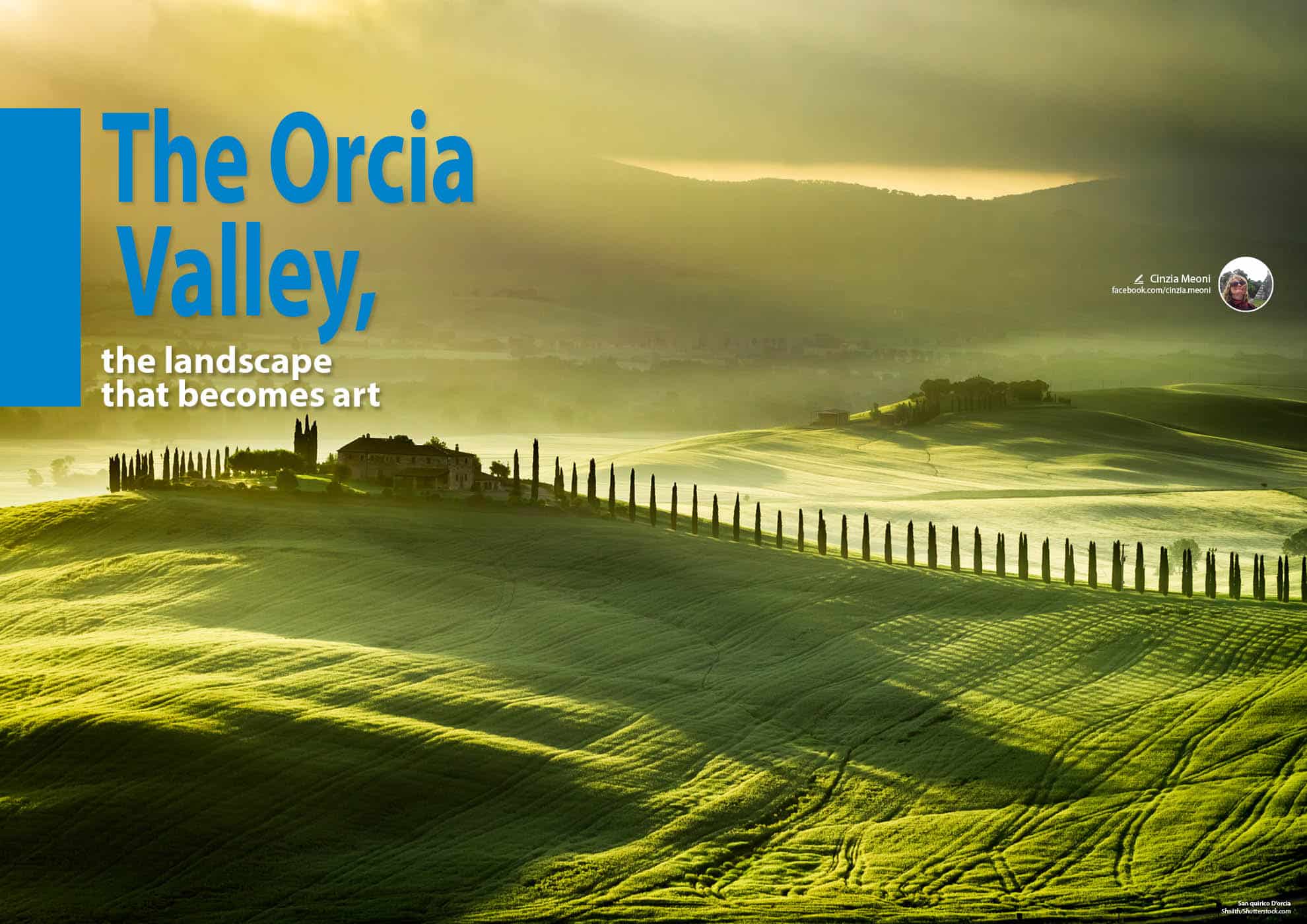 The Orcia Valley, the landscape that becomes art

The Way of Etruria: from Volterra to Chiusi, 12 exciting stages in the footsteps of the greatest pre-Roman civilisation
When one thinks of the great civilisations of Italy's past, the Romans immediately come to mind; yet not everyone knows that this glorious people, who dominated the world for centuries, drew much from another civilisation that excelled on Italian soil: the Etruscans. They occupied a vast territory stretching from the river Arno to the Tiber, encompassing the current regions of Tuscany, Lazio and Umbria. They founded eleven major centres that f...
Continue
Christmas traditions in Italian villages
Christmas is the most popular festivity for young and old: the cities are lit up with lights and decorations, while homes are warmed up with Christmas trees and nativity scenes. In the Italian villages, from north to south, often ancient traditions are carried on, which help to rediscover the true essence of Christmas, made of devotion, sharing and peace: living nativity scenes, colossal Christmas trees and Christmas markets are the perfect oc...
Continue
Papillae, pupils and nostrils dilated
Can you smell it with your eyes? Can you "see" perfumes? Of course you can! And food is a carnal sign of it. The landscape blends in with the olfactory hues of the culinary specialties that are prepared right "there", colorful dishes that give off the smell of their land and sea. Cinque Terre: the five villages hanging on this stretch of Liguria's coast are a crib of colours, almost candied from a cassata glued to a rock overlooking the sea. Cassata, a traditional agricultural and food product of the region of Sicily, has Arab origins: gr...
Continue
Italian villages in the movies, when cinema is shot in the villages - Episode 2
We continue our journey to discover the villages that served as the scenography for big (and small) masterpieces of both national and international filmmaking. The Italian villages offer suggestive locations that have been the background of several adventures, the only limit is the imagination and creativity of directors, screenwriters and writers, who masterfully bring Italian beauty to the big screen. After the success of the
Continue
Unique Tuscan villages to Love - Download a free travel guide to the 51 certified Tuscan villages
It has recently been made available a free travel guide by Toscana Promozione Turistica, in Italian and English, about 51 Tuscan villages certified in the Borghi più Belli D'Italia, Paesi Bandiera Arancione, Mibact's Gioielli d'Italia and UNESCO World Heritage Sites. The volume, edited by Claudio Bacillieri, director in chief for Borghi Magazine, accompany th...
Continue