Share
The position of the village has long been the subject of contention between the Lombards and Byzantines, peoples who have left tangible signs of their presence in the country, evident especially in sacred architecture. In addition to the noble palaces, the architectures that can be admired in Rivello are above all sacred buildings, distributed in the historic center alone, many of which retain typical elements of Byzantine architecture with a semi-cylindrical apse decorated with hanging arches and covered with tiles arranged in steps.

A look at Rivello 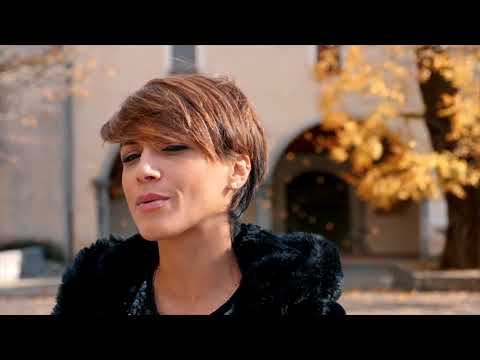 Anniversary of the death of San Nicola

The origins of the village of Rivello date back to the early Middle Ages. However, numerous are the archaeological finds that designate Rivello the heir of the Lucan city - already existing since the pre-Roman period - of Sirinos.

The monument of greater merit is certainly the convent of Sant'Antonio, placed in the lower part of the inhabited area, far from the center. The Church of Santa Maria del Poggio, spectacularly raised as a fortress on the top of the hill "Poggio".

Between the more traditional activities and renowned there are those craft, linked to the peasant culture and pastoral.
These activities that far from disappearing are instead flourishing again, and they are distinguished for the processing of copper, iron, as well as the art of ceramics and majolica.

Resist still in the toponymy "Fonte dei Lombardi" and "Piazza dei Greci", references to the two opposing ethnic groups, who gave life to the city: Lombards, stanziatisi certainly as a result of the barbarian invasions, and Greeks, probably originating, following its destruction by the Saracens, from nearby Velia from which it says the name derives modern (Rivello i.e. Re-Velia). Indeed, the motto of the common recitation even today "Iterum Velia renovata Revellum" (Once Velia, renewed in Rivello). Another likely etymological origin of the name, must be sought in a formation of the iterative type "King Vallare" i.e. fortify again, from which a late Latin Revallo.

The fief of Sanseverino, Ravaschiero and Pinelli, Rivello you ransomed, in the course of the XVIII century, becoming a free city (University). The XVIII century it was the most flourishing, so much so that there was a strong immigration which led to a considerable increase in population, as testified by the ecclesiastical archives. Unfortunately the arrival of the French caused a decline, due to the uncertainty of the historical moment. After the Congress of Vienna and the reastaurazione of Bourbon regime, there were signs of recovery; but fate was now marked: With the arrival of the Piedmontese, after the expedition of the Thousand and then the constitution of the Kingdom of Italy, the political choices of the first governments, the phenomenon of brigandage, misery and the lack of work, forced hundreds of Rivellesi, as well as throughout the center - South, to emigrate to the Americas, in search of a better fate.

After the Second World War, returned the emigration, this time in the direction of the North of Italy, in particular toward Lombardy, but also for Germany, Switzerland, France and Belgium. This phenomenon was very marked between the end of the fifties and the mid-seventies.

the gastronomic Specialities of Rivello invokes the best peasant tradition, made of poor ingredients, simple but genuine, exquisitely prepared. Today some of the dishes are increasinglyù researched and prepared more on special occasions and festivities. Among the typical dishes are:

Over the traditions already mentioned there are at least four other:

the Municipality is part of:
Unione Lucana del Lagonegrese

Convent of St. Anthony
The convent of Sant'Antonio di Rivello is located not far from the historic center, in the lower ...
Viale Monastero, 40, Rivello
Villa Nitti
Villa Nitti is a villa of Acquafredda di Maratea, located to peak on the sea, in Basilicata.

Via Castello, 2, Maratea (Potenza)
10.15 Kilometers from Rivello
Cathedral of San Biagio
the sanctuary of San Biagio is the main place of catholic worship of Maratea, in Basilicata.

Via Castello, 1, Maratea (Potenza)
10.42 Kilometers from Rivello
Castle of Viggianello
in the highest point of the village of Viggianello, in Basilicata, stands the castle.

Via Guglielmo Marconi, 22, Viggianello (Potenza)
30.38 Kilometers from Rivello
Jewish Catacombs
The catacombs are located on the hill of Maddalena near Venosa, in Basilicata.

Strada Provinciale 18 Ofantina, 13, Venosa (Potenza)
99.35 Kilometers from Rivello
Norman Castle
The castle of Melfi is the symbol of the town and is considered one of the most important medieva...

Contrada Calcescia, 1 , Castelmezzano (Potenza)
59.26 Kilometers from Rivello
B&B La Voce del Fiume
An intimate environment, with an awakening between the scent of homemade cakes and going to sleep...

Vico del Carmine, 7 - 85050, Brienza (Potenza)
46.09 Kilometers from Rivello
Bontà dei Borghi Lucani
In this shop you can find the food and wine quality typical of the area.