Share
Located in the center of the Val di Cecina, the territory was long disputed between the bishops and the municipality of Volterra. Located on the buttress that separates the valley of the Trossa stream, Pomarance has undergone a transformation in recent decades that has made the ancient medieval village a modern town. 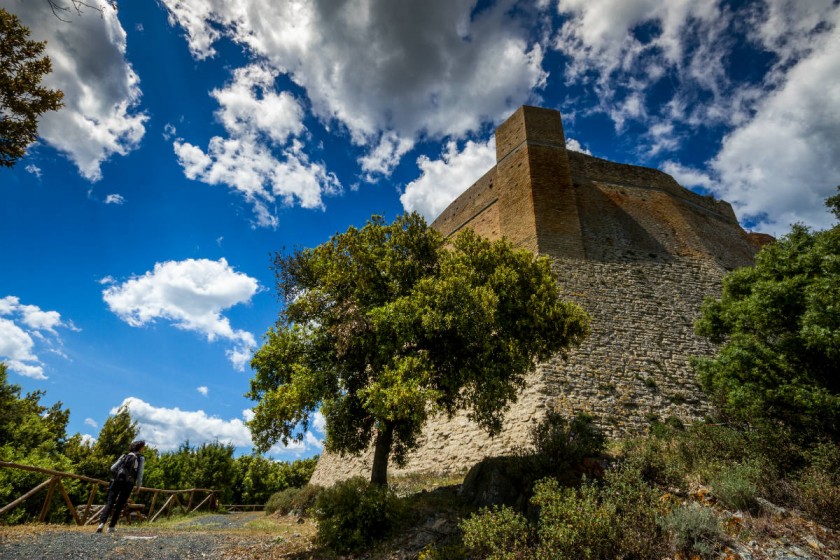 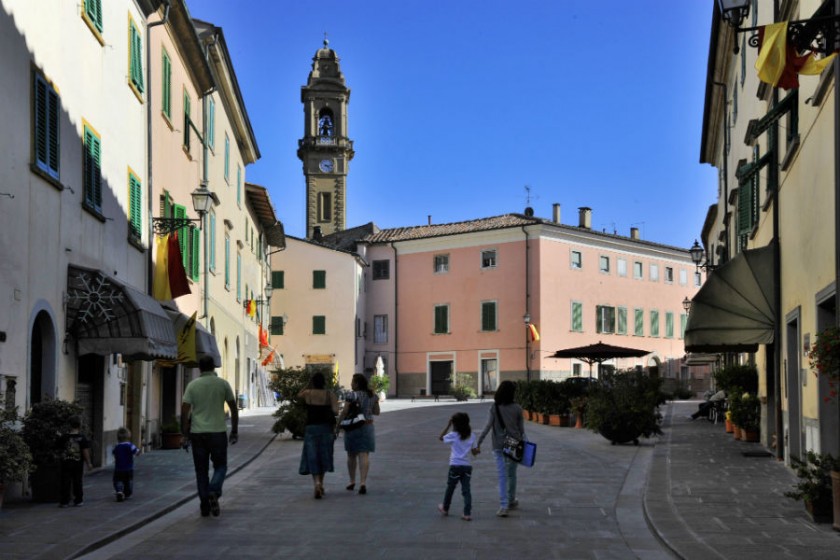 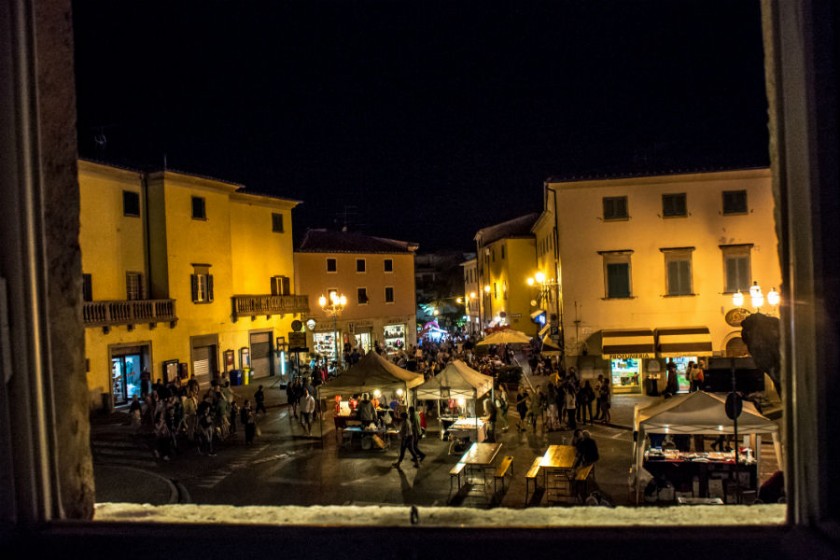 The village of Pomarance, a small town in the province of Pisa, rises in the center of the Val di Cecina. The area is known for the fraction of Larderello, where there is the largest geothermal area in Europe, also known as the Devil's Valley.
In recent decades the town has undergone a transformation that has made the ancient medieval village into a modern town.

Crossing Porta alla Pieve leads to the oldest part of the village, where the Pieve di San Giovanni Battista is located.
Among all the buildings stand out Bicocchi House, a typical bourgeois residence of the nineteenth century, a house-museum that offers an interesting cross-section of the life of one of the most influential families of that period and Palazzo Ricci, where it is possible to admire the permanent exhibition Guerrieri e Artisans, 6 rooms with a path that illustrates the history of the territory from the Paleolithic to the Renaissance.
Do not miss the view from the Rocca Sillana (Silana or Sillano), a mighty fortification dating back to the 12th century that dominates majestically on the summit of a hill at 530 meters above sea level, in a privileged position from a military point of view . The Rocca in fact allows to strategically control the Val di Cecina and the connected valleys, a very vast territory that includes large portions of the provinces of Pisa, Siena and Grosseto.
The legend, also by virtue of its name, would like to trace the origin of the fort to the civil war between Mario and Silla.According to this legendary hypothesis, the name of the Rocca Sillana derives from the surname of the Roman general Lucio Cornelio Silla.

In Val di Cecina, food and wine ranges from the sea to the hills. Among the products to be tasted there are the bread of Montegemoli (part of the municipality), the lamb pomarancino which is a slow food product, the Tuscan pecorino, the EVO oil and the craft beer.
To conclude the meals in the sweetest way, the kitchen offers a series of desserts to taste: the Etruscan panforte (symbol of the local gastronomy, dating back to medieval times), the cantuccini and the dead bones.
Not to be forgotten are the ricciarelli di Pomarance, almond paste-based desserts, soft, oval-shaped slightly elongated and cracked and covered with vanilla sugar.

Whatever road you take to go to Pomarance is a pleasure, a discovery, a splendor. Mountains, rivers, endless woods, small and big villages, Etruscan and medieval: it really looks like the beauties of Italy are gathered here. Thereabouts, even before arriving to the actual village, there are many medieval hamlets, parish churches, castles and ruins of ancient thermal and mining settlements that stand out. You should visit Libbiano, Micciano, Montegemoli, Montecerboli, Serrazzano, Lustignano and San Dalmazio, which are perched to the rugged and wooded hills. The imposing fortalice of Rocca Sillana dominates on each one of them, dating back to the XI-XVI centuries, one of the most significant examples of Tuscan military architecture, which was recently restored and you can now visit it. And here we are in the urban centre of Pomarance, with its parish church of the XII century, the Piazza della Pretura and the beautiful nineteenth-century buildings of Via Roncalli. Pomarance has a fondness for theatre, with its refined theatres De Larderel and Dei Coraggiosi, and with its great Palio delle Contrade, where every September the quarters, after the traditional parade in the centre streets, face each other with theatrical performances. Extended forests, waterways, rare ecosystems and remains of ancient mining activities mark out in the territory the Natural Reserves system. In the "Masso delle fanciulle" we can swim in the bathing stretch of the river Cecina, of rare beauty.

Discover the other villages on the guide Tuscany - Villages to Love

Via Don Giovanni Minzoni, 13, Volterra (Pisa)
11.22 Kilometers from Pomarance
Medicean Fortress
Built on the highest point of the Volterra hill, the fortress today houses a penitentiary.

56048, Volterra (Pisa)
11.22 Kilometers from Pomarance
Etruscan Acropolis
The Etruscan acropolis tells the oldest story of Volterra and is part of the 'Enrico Fiumi' Archa...

Viale Wunsiedel, 56048, Volterra (Pisa)
11.24 Kilometers from Pomarance
Diocesan Museum of Sacred Art
It contains works from the Cathedral of Volterra and other churches in the diocese, including pai...

Borgo San Lazzero, Viale ex Manicomio, 56048, Volterra (Pisa)
11.29 Kilometers from Pomarance
Diocesan Museum of Sacred Art
It contains works from the Cathedral of Volterra and other churches in the diocese, including pai...