Share
On the southwestern slopes of the Gennargentu, in the exact center of Sardinia, there is a village with ancient traditions and a lush territory rich in natural monuments. Austis is located in the center of an area still full of trees, despite repeated deforestation activities, it has a well-preserved historic center, with beautiful granite houses. 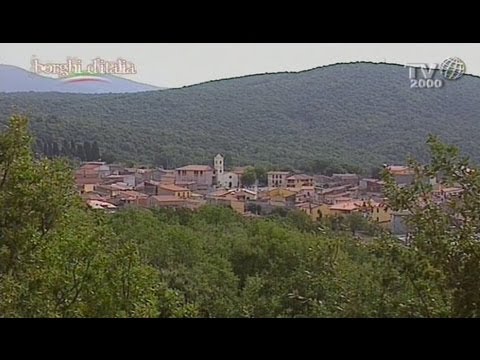 Austis is a small town belonging geographically to the Barbagia of Ollolai, located on the western slopes of the Gennargentu, in Sardinia. It stands on a granite upland at 737 meters above sea level. Located in the center of an area still rich in trees, despite repeated logging activities, it has a well-preserved historic center, with beautiful granite houses.
The economy of the village is mainly agro-pastoral and its main activity is the breeding of sheep and goats .
The area of Austis, particularly rich in oak, cork and holm forests, covers about 5000 hectares.

What you definitely have to visit is the Church of the Beata Vergine Assunta, the current parish church dating back to the year 156 with several sculptures by local artist Elio Sanna, including a crucifix above the baptismal font. The church could also have back a newly restored 1829 wooden choir.
Among the religious buildings there is also the Church of Sant'Antonio da Padova, built in 1669, located on the upland named "Sa Sedda de Basiloccu". Even today, on the third Sunday of September, the Saint is celebrated with traditional dances and songs.

Among the valuable elements of the village and its area there are numerous archaeological sites including the nuragic site of Perda Longa, and the various Nuraghi, of which the best preserved is the one in the locality "Isteccorì".
The area offers scenarios of rare beauty, lends itself to horse riding and mountain biking, through hundreds of trails.
In the area there are several particular rocks sculpted over the centuries by wind and water, including the famous "Sa Crabarissa" (linked to the legend of the village), "Sa Conca de Su Cannizzu", a 10 meters high massive looking like an eagle (a bird  that can often be seen here), "Sa Conca de Oppiàne", "Su Nòu Pertùntu", "Su Nòu Orruendèche", a suggestive sequence of two monolithic granitic massifs superimposed on each other and resting on a lower third one emerging from the ground, and again the Dolmen "Perda Longa".

Another place that the natural passage of time made "magical" is the virgin forest of "Tannòro", a vast unspoilt area that can only be walked through rugged and picturesque paths in the deepest wood, crossed by a stream that makes almost magical this place. Several pitches are proofs of the age of the "carbonai". "Sas Fogàias" were made there: they were scattered throughout the area and they are still well defined and can be visited. Other proofs are the remains of some historic sheepfolds anciently made of stone and branches.

Among the typical dishes of Austis cuisine we remember in particular the sa fregula istuvada, ravioli with fresh cheese and potatoes and seadas, filled with fresh cheese. Furthermore, maccarroneddos are typical of Austis cuisine, small gnocchi made from fresh semolina pasta, handmade according to tradition. Among the many types of bread, we mention "su Pane Cannèddu Modde ”and "Canneddu Grùssu" or "Assàu", "su Pane cun Ghèrdas and cun Patàta", "Su Pane Pintàu", decorated and made for festive ceremonies, but above all "Su Pane Fresa", thin and crispy bread with the characteristic oval shape consisting of two large sheets placed one over the other and folded in two in a transverse direction, and its derivative "Fresa Lente", identical to the previous one but soft. They are all handmade breads. Typical of the cuisine of Austis are the cheeses: pecorino, caprini, mixed, fresh and seasoned, soft and hardened, prepared with  tools and techniques that derive from the never abandoned and ancient agro-pastoral tradition.

The most important civil and religious festival in Austis is the one in honor of Sant'Antonio da Padova, accompanied by Cortes Apertas, an annual event that started in 2006 and lasts two days, during which local producers organize numerous tastings. The anniversary is linked to sheep farming and agriculture: traditional dances and songs enliven the place and bring to life ancient but never extint customs, such as the traditional "Ballu a Chintorzu", whichi is a typical dance handed down over the centuries and commanded and managed by external people. A proof of ancient pagan rites. On 16th and 17th January, Sant’Antonio Abate, Sant’Antoni ’and su fogu are celebrated throughout Sardinia.
A large firewood trunk, the bonfire, is prepared during the previous days in the square near the parish church. It is in this occasion that the first annual Austesi de Sos Colonganos and S’Urtzu carnival masks appear for the first time.
The tradition of "Sa pane manna" is linked to the feast of Sant'Antonio, which was born as a clemency request from the peasants to the saint. On the 16th night, those who made "sa pane manna", a traditional dessert, bring it to church for the blessing. The dessert is offered to the community and consumed around the bonfire. After the Easter rites, on June 13th, religious celebrations and the procession in honor of Sant'Antonio da Padova are held in the homonymous Campestre Sanctuary. The religious festivities and the procession in honor of San Giovanni Battista are held on June 24th, while on August 15th there are those in honor of the patron saint of the country, the Beata Vergine Assunta. The masks of Austis, Sos Colonganos, despite being similar to all the other barbaric masks, have a fundamental characteristic that differentiates them from the others: on the shoulders, instead of the traditional bells, Sos Colonganos carry bones of animals that are shaken to produce a dark sound, less loud than that of the cowbells, but certainly no less fascinating.

Austis, born urbanistically, as a "stazzo", a place of parking, in the Roman-Augustan period along the road that from "Caralis" the current Cagliari led to Olbia passing through "Forum Traiani", today Fordongianus.It belonged to the Giudicato of Arborea, and was part of the curatoria of Parte Barigadu. After the fall of the Giudicato (XV century) under the Aragonese, it was incorporated into the Lordship of Austis, a fief of the Amats, and in 1607 it became a Lordship until 1807 when it became part of the Sorgono prefecture. In 1839 the fiefdom was redeemed at the Amats. In 1845 it passes to the prefecture of Busachi until it becomes part of the XII mountain community, founded in 1960. The first official census sources go back to 1861 - year of the Unification of Italy - when Austis had 668 inhabitants, a constant growth the door to reach 1482 in 1961.

Piazza Antonio Ortiz Echague, 1, Atzara (Nuoro)
8.85 Kilometers from Austis
Rural church of Upper St Mary
The church of St Mary child is a rural church situated in the territory of Atzara, in Sardinia.

Piazza Europa, 15, Mamoiada (Nuoro)
22.81 Kilometers from Austis
Archeology and Territory Museum (MATer)
Mamoiada's MATer is part of the tour of the village, in Sardinia.

Via Nonnu Marras, 16, Galtellė (Nuoro)
57.27 Kilometers from Austis
Archeology and Territory Museum (MATer)
Mamoiada's MATer is part of the tour of the village, in Sardinia.

Hotel Castello Malicas
The hotel is located in the town centre, a few minutes walk from the old town centre and near sup...