Share
A splendid "ghost town", Craco looks like a sculpture of medieval origins surrounded by the "Calanchi". Destroyed in 1963 by a landslide, it forced the local population to abandon the village to take refuge in the new municipality of Craco Peschiera. Today it is possible to follow a guided tour route, along a safe route, which allows you to travel the main street of the country, until you reach what remains of the old main square and enter the core of the ghost town. 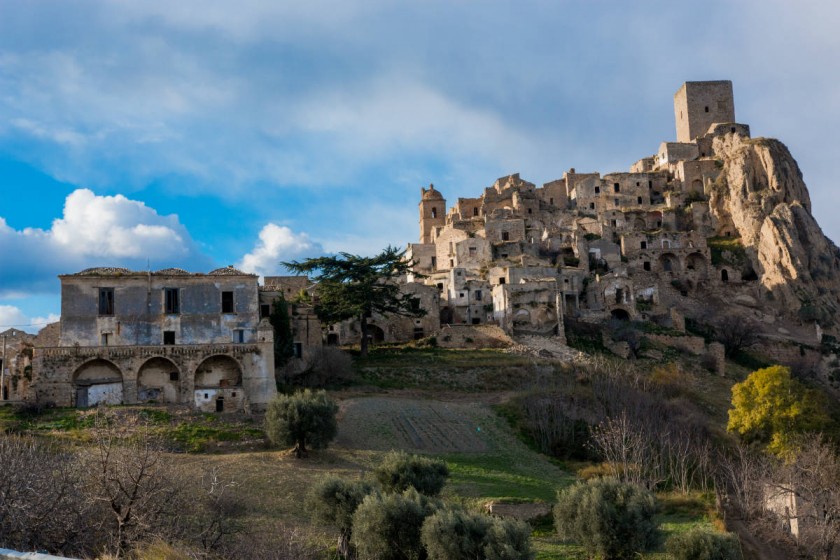 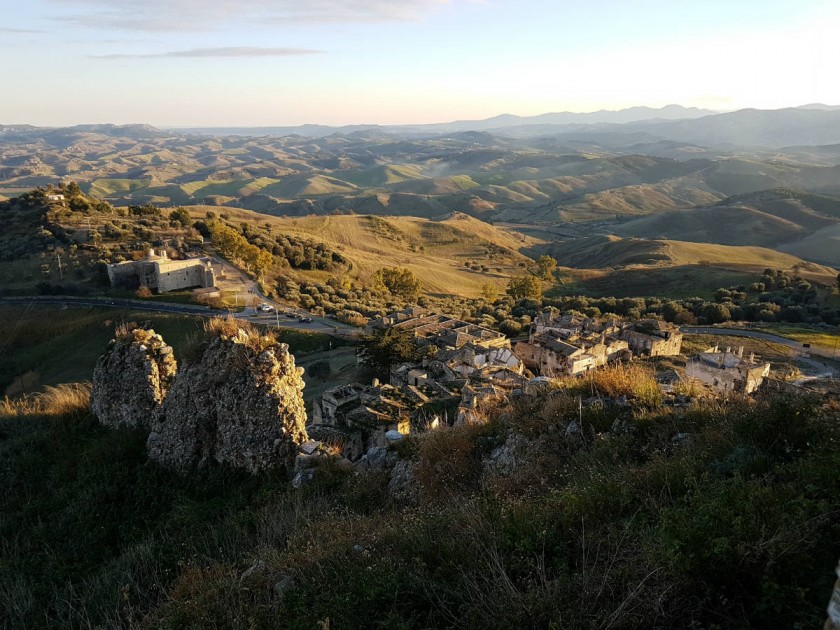 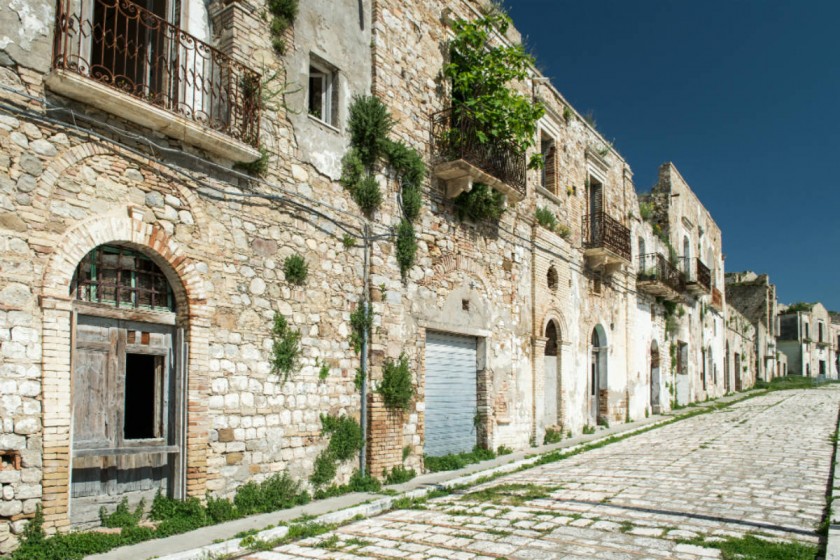 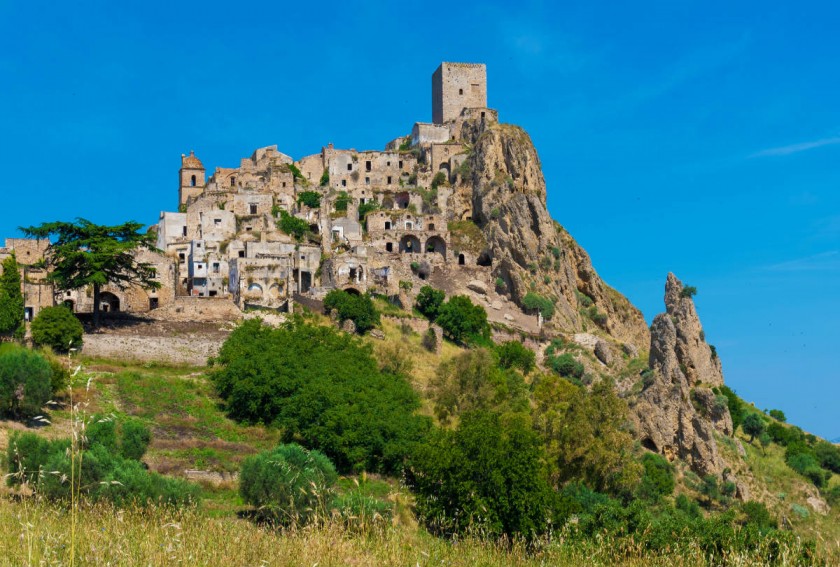 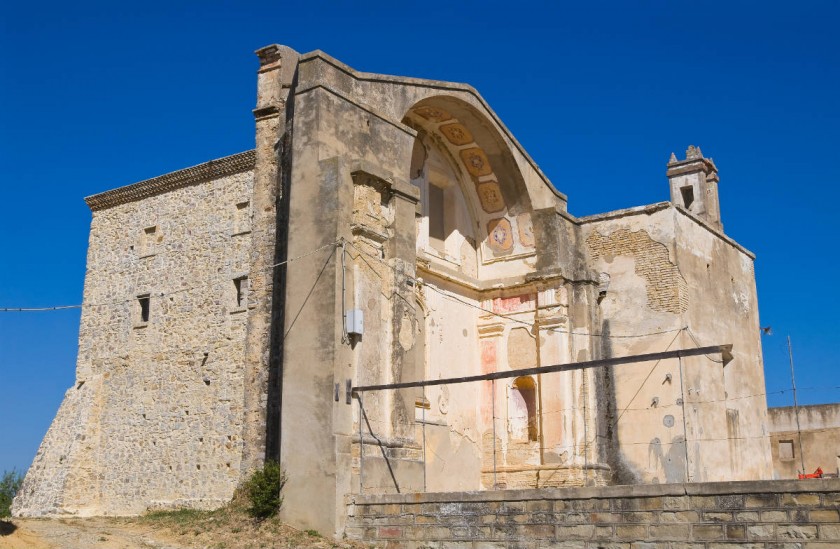 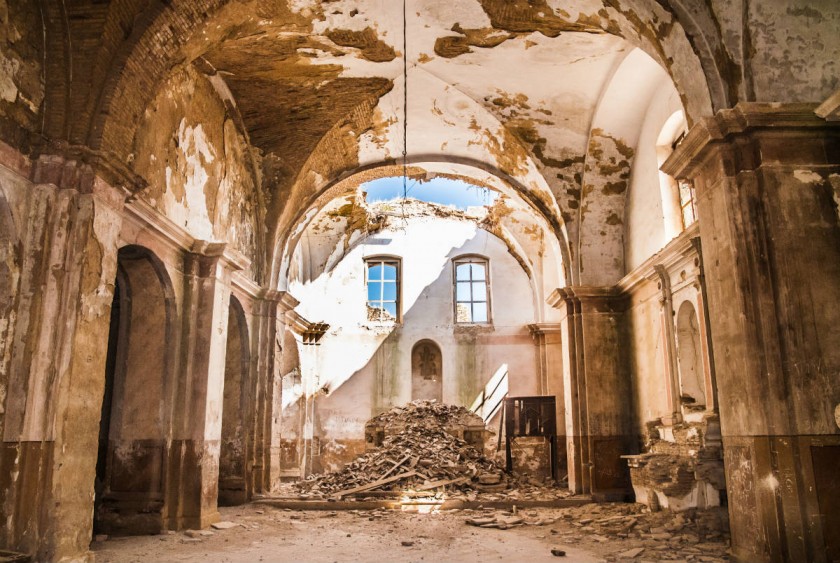 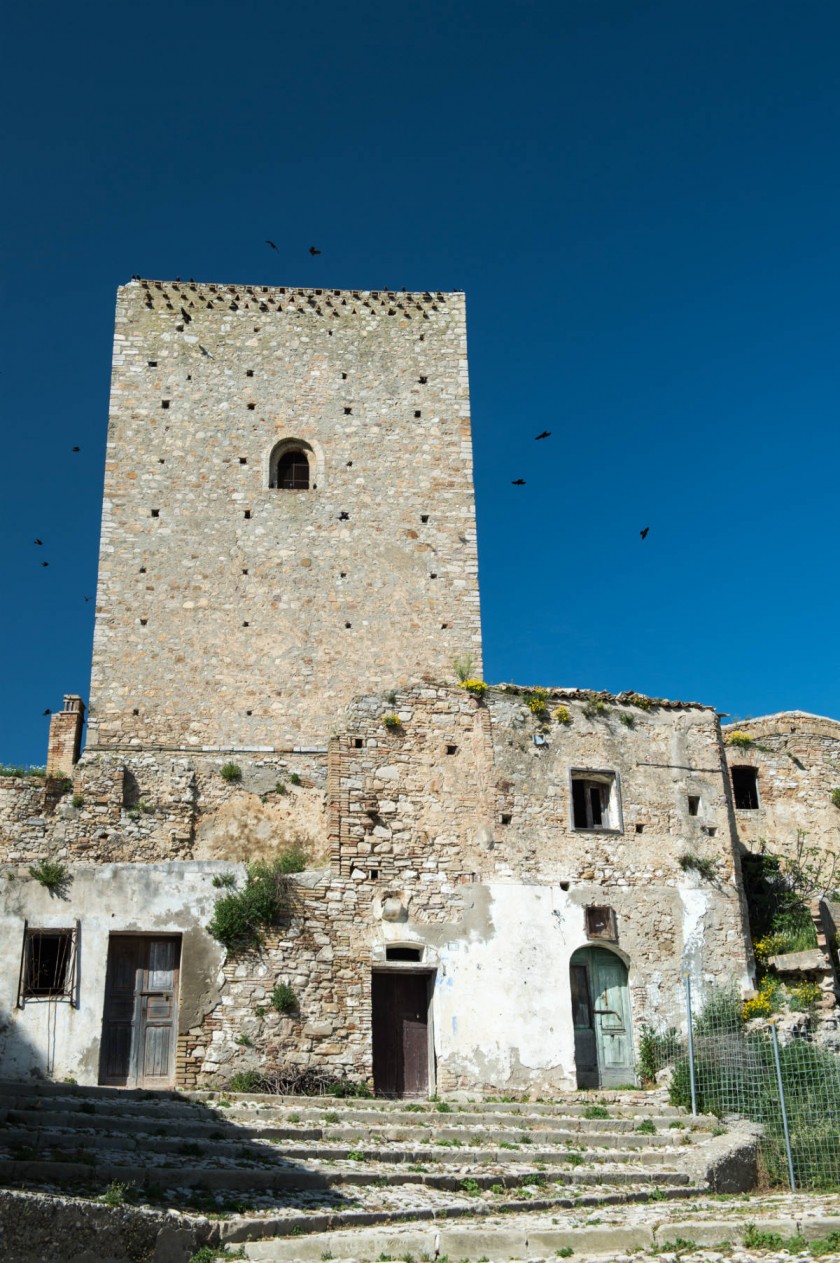 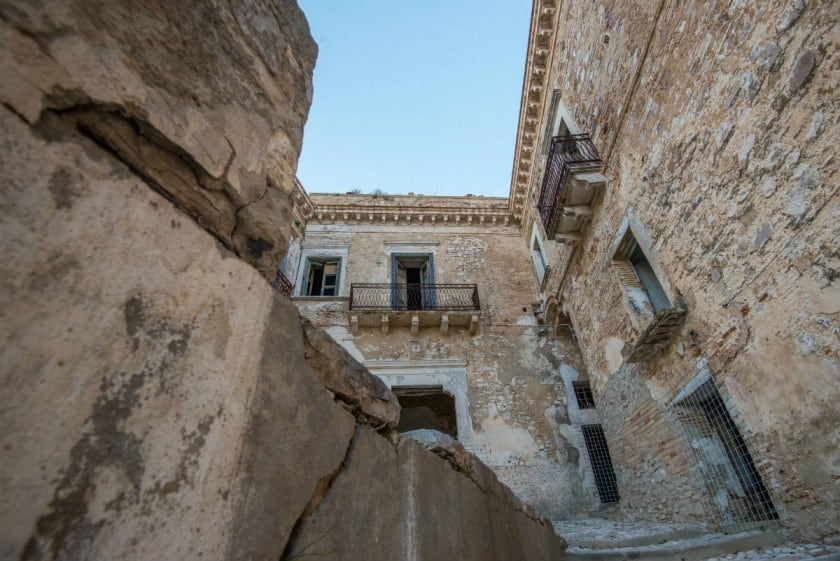 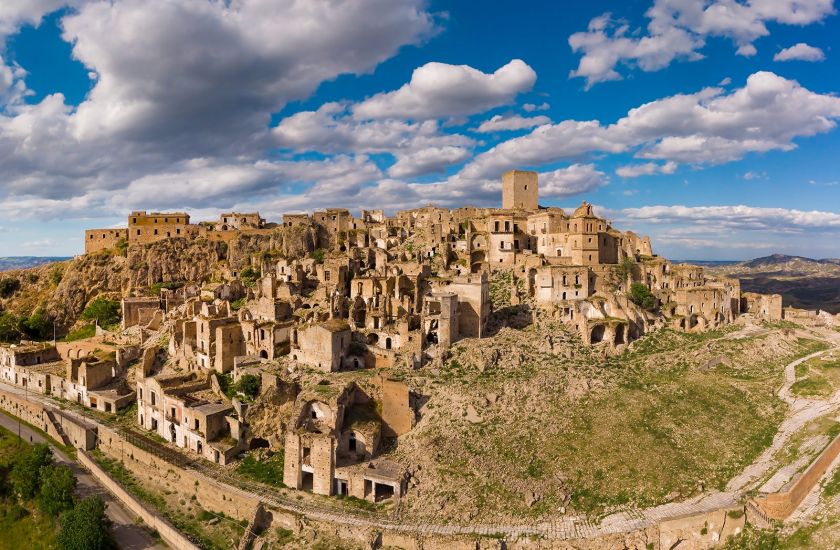 A look at Craco

Craco is a splendid "ghost town" located a few kilometers from Matera. Looking at it in the distance, it looks like a sculpture of medieval origins surrounded by the "Calanchi".

In 1963 the beautiful town was hit by a landslide, forcing the local population to leave the village to take refuge in the new municipality of Craco Peschiera.

What is left of the old town can be seen with a guided tour, along a safe route, which allows you to travel the main course of the village, until you reach what remains of the old main square and enter the core of the ghost town.

Of Craco Vecchia remain the stone houses clinging to the rock and between them stands the Norman tower in a dominant position on the ancient village.

The structure of Craco Vecchia, whose houses are perched around the tower that dominates the center, dates back to between 1154 and 1168, becoming an important military strategic center during the reign of Frederick II. Despite its abandonment, the village is rich in visitors.

Once through the gate that protects the village, you can go to its discovery with a guide. You can go along the route with a protective helmet because some architectures still continue to collapse. Walking along the main street you reach the old main square. Among the noble palaces stand Palazzo Grossi, near the mother church dedicated to San Nicola, with its frescoes with floral motifs and Palazzo Carbone, a building from the end of the fifteenth century, with a monumental entrance.

Next to the old Palazzo Maronna stands the tower, defined by the inhabitants as the "castle", as it dominates the town and it is still possible to see its original entrance portal and the tower with splendid windows.

To the north of Craco Vecchia stands the church of the Madonna della Stella, whose main altar in inlaid carved marble can still be admired, while between the nave and the presbytery there is a wrought iron gate. Furthermore, in the direction of Stigliano, you can admire the remains of the small church of Sant’Eligio, which is still part of a large and valuable fresco depicting the Crucifixion with Saints from the ‘500s.

Having recognized the beauty of the village, Craco is included in the list of World Monuments Funds. Here the scene of the hanging of Judas in "The Passion" (2004) by Mel Gibson was shoot.

In the cooking, the dishes reflect the character of the area. Among the traditional dishes, homemade pasta stands out, including tagliatelle with breadcrumbs, strascinati with meat sauce, orecchiette with turnip tops or cavatelli with cicerchia.
For desserts it is possible to taste cartellate and calzoncelli.

Vico Garibaldi, Aliano (Matera)
18.92 Kilometers from Craco
Norman Tower
The Norman Tower in San Mauro Forte, in a dominant position in the center of the square, is what ...

Via Salita Castello, 18, Valsinni (Matera)
23.54 Kilometers from Craco
Prison tower
The Prison tower of Rotondella, in Basilicata, is what remains of the sighting tower built in 1518.

Via Giuseppe Giusti, Rotondella (Matera)
24.34 Kilometers from Craco
Norman Tower
The Norman Tower in San Mauro Forte, in a dominant position in the center of the square, is what ...

Via Cristoforo Colombo, 33, Policoro (Matera)
26.78 Kilometers from Craco
Norman Castle
The Norman Castle of Montescaglioso, to which the church of Santa Caterina is annexed, was built ...

Via Cesare Beccaria, 7, Rotondella (Matera)
24.40 Kilometers from Craco
= distances as the crow flies 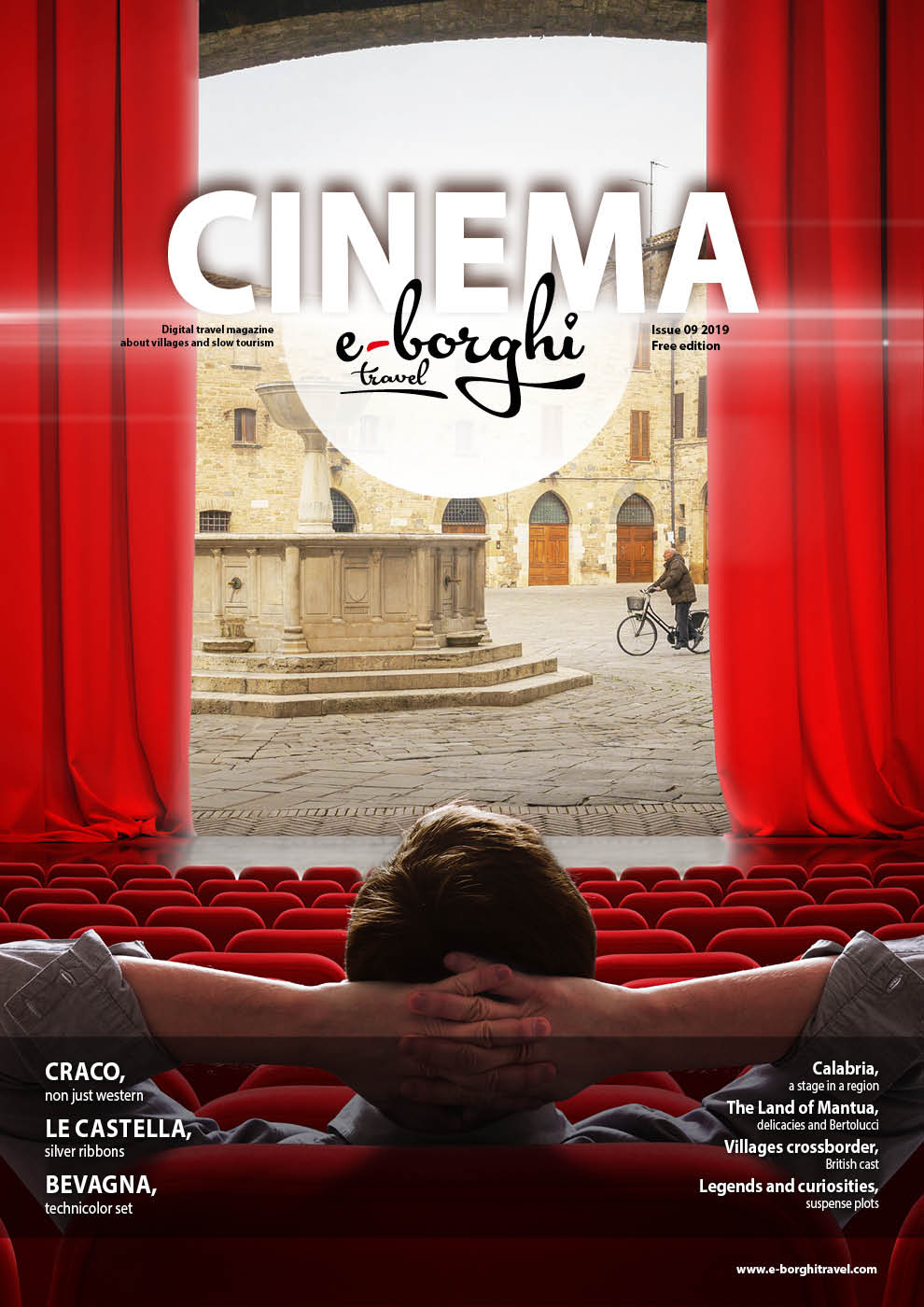 Craco is present in issue 10 of our digital magazine e-borghi travel.
Read it now! 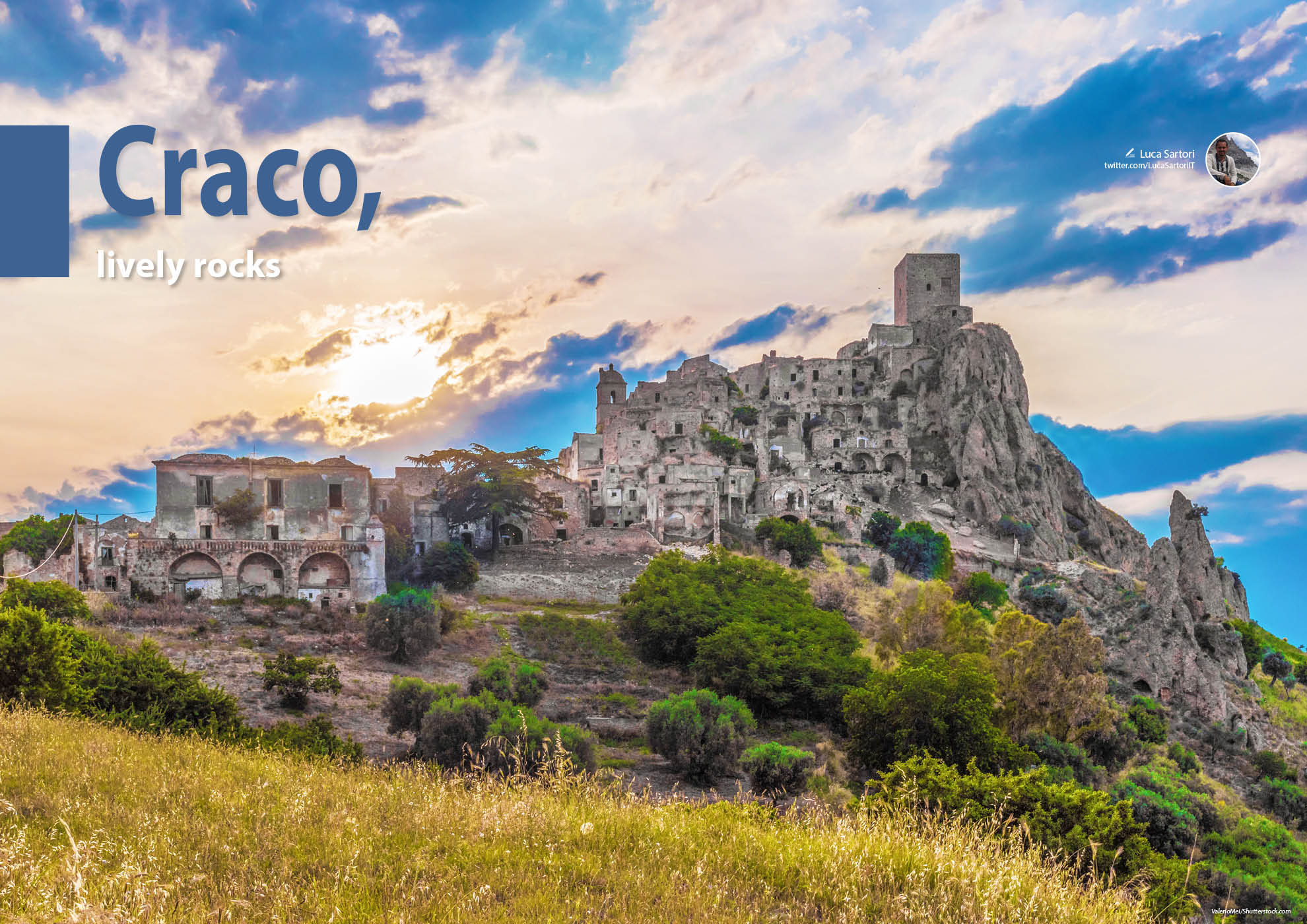 Villages and gullies: a fairytale combination
In Italy, the richness of the landscape is extraordinary, going from the highest peaks to the coast, passing through flourishing plains and gentle hills dotted with vineyards. In this scenery, which seems almost like a paradise on earth, we cannot fail to mention the badlands, present throughout Italy, along the Apennine chain, from the south to the north of Italy. The landscape here is not lush and full of green trees, but essentially arid, a...
Continue
Rosazza, Pentedattilo and Craco: a tour in the name of mystery
In its territory Italy can boast not only tourist destinations of incredible historical, artistic and cultural charm, but also places that can excite for their mysterious past and legends that are lost in time. The Masonic and esoteric mysteries of Rosazza in PiedmontIn the province of Biella, in Piedmont, there is the small village of Rosazza which has only 90 inhabitants, but is often defined as the most mysterious town in...
Continue