Share
The medieval historic center of Tricarico is among the most important and best preserved of Basilicata, composed of the Arab quarters of the "Ràbata" and "Saracena", the Norman ones of the "Monte" and "Piano", and the "Civita", where streets and alleys take on different aspects depending on the domination from which they were set up. 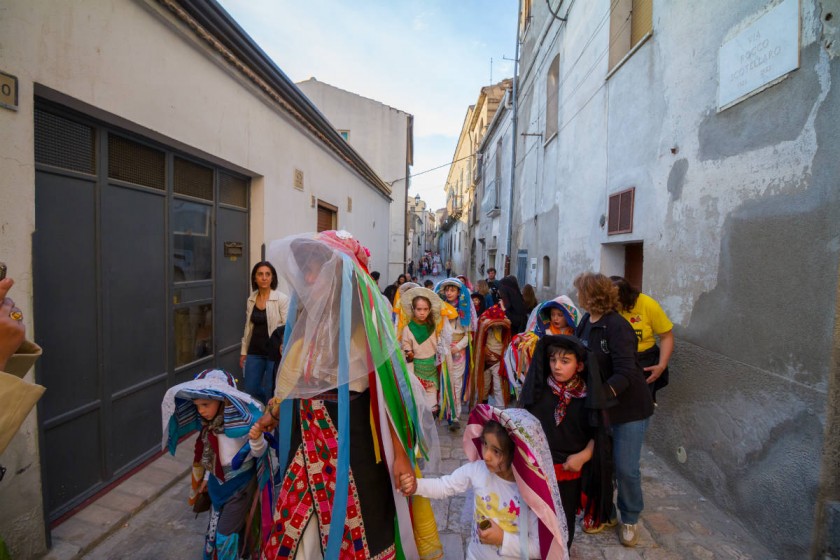 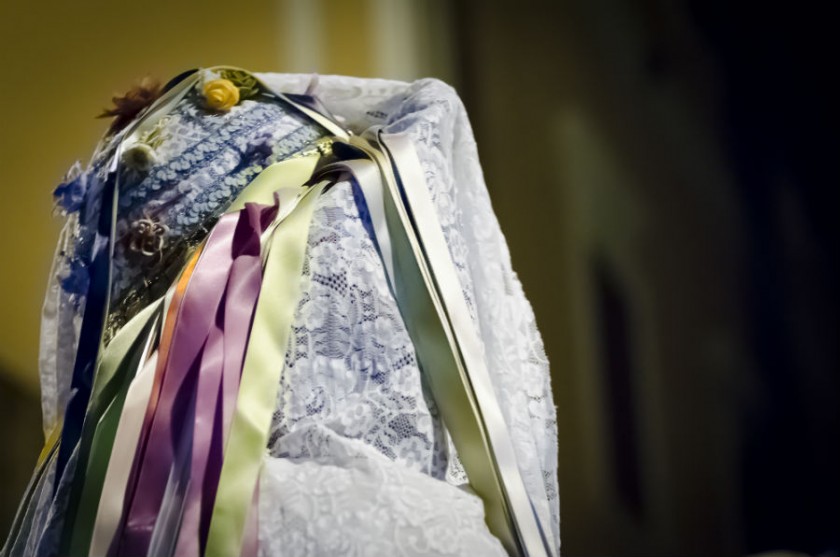 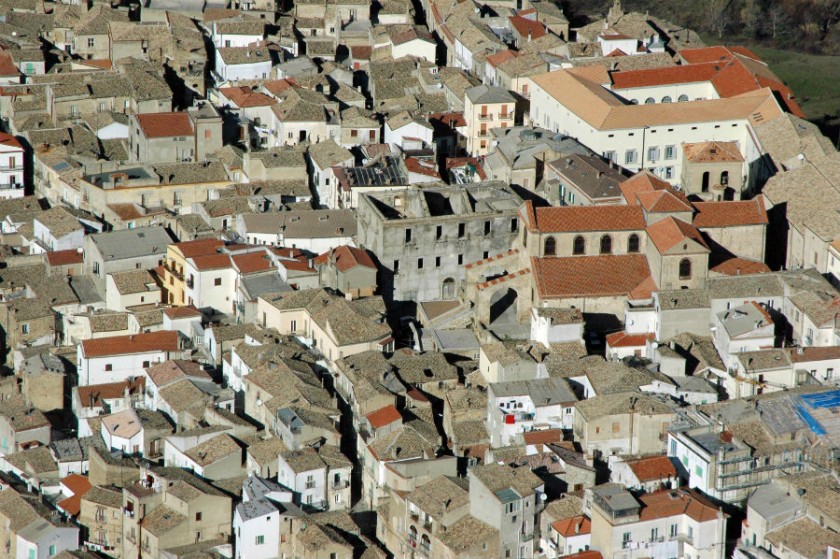 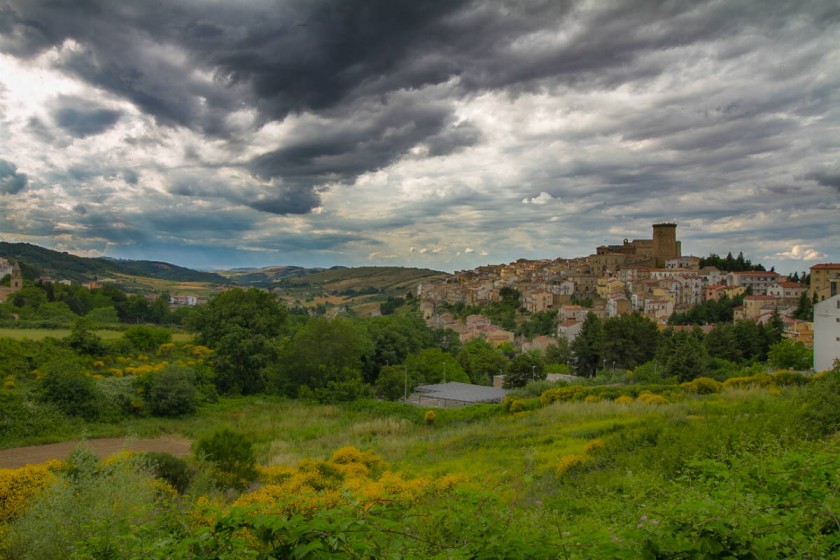 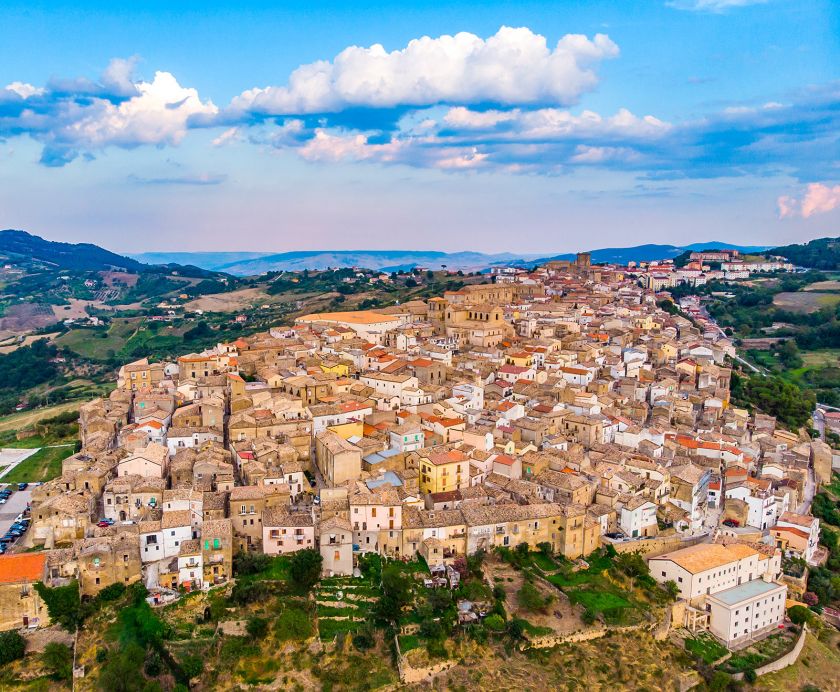 A look at Tricarico

Tricarico is an arab-norman village and possesses one of the historical centers most important medieval and best preserved of Basilicata.

Within the current perimeter of the village there are archaeological remains dating back to the V century B.C. the first documents that attest the existence dates back to the time of the Lombards in 849.
It was later, between the IX and X Centuries, Arab stronghold and subsequently fortified city (kastron byzantine). In the fifteenth century saw the presence of a substantial jewish community and in the sixteenth century a Albanian community, concomitantly with the presence, to the guide of the feud, Erina (or Irina) Castriota Scanderbeg, wife of Prince Pietro Antonio Sanseverino and grandson of the albanian hero Giorgio Castriota Scanderbeg.

Certainly deserve a visit the Norman Tower, the symbol of the village, the Cathedral of Santa Maria Assunta, the convent of Sant'Antonio da Padova.

The Màshk-r (Masks) of Tricarico is one of the carnivals of tradition lucana characterized by the masks of the cow, which envisages a headgear from which a membrane composed of many tapes of different color that arrive in my ankles and del Toro, very similar but with the predominance of the color black with red definitions. They represent and simulate a herd engaged in transhumance. It is a tradition accompanied by serenades, songs and dances in the midst of improvised banquet at the basis of salami and other small specialties.

Piazza Plebiscito, 1, Pietrapertosa (Potenza)
13.45 Kilometers from Tricarico
Church and Convent of San Francesco
The Church of San Francesco rises behind the western side of the homonymous convent in the villag...

Via Vittorio Emanuele, 24, Pietrapertosa (Potenza)
13.49 Kilometers from Tricarico
The via ferrata and the Nepalese bridge
The Via Ferrata is an equipped path to scale the Lucanian Dolomites.

Piazza del Popolo, 14, Montescaglioso (Matera)
44.33 Kilometers from Tricarico
Prison tower
The Prison tower of Rotondella, in Basilicata, is what remains of the sighting tower built in 1518.

Find where to sleep in Tricarico

Corso Vittorio Emanuele II°, 17, Castelmezzano (Potenza)
13.10 Kilometers from Tricarico
Hermes Hotel
Located a few steps from Policoro, the Hotel Hermes is the ideal place where you can spend your v...

Our news about Tricarico

Tricarico, between the history of the Saracens and the poetry of the peasants
It is the town with an ancient Saracen identity. Earth from the beautiful and rich diocesan museum. And then the city of Rocco Scotellaro, mayor and socialist poet. A mine of riches everywhere. Let's talk about Tricarico, a deep materano. History, poetry, faith.Here is everything. The faith is that of the beautiful cathedral or an enlightened bishop (monsignor Delle Nocche, of Neapolitan origin), of a historical and powerful diocese, still v...
Continue
Kalidria Hotel & Thalasso Spa, set in the Etra Reserve and among the Apulian seductions
The surprise and wonder start with the environmental context: the location, in fact, is within the biogenetic reserve of Stornara in which a lush pine forest of Aleppo becomes the trait d'union with a pristine beach, five kilometers long. We are at the Ethra Reserve complex - already known as Nova Yardinia -, profoundly redesigned and renovated, with expanded facilities and redeveloped greenery: everything has been designed to offer guests an ...
Continue