Share
There is no corner of Tursi that does not deserve to be discovered, feeding the curiosity of the visitor who never ceases to be surprised. The village is a medieval center of the fifth century, originally born around the castle and subsequently developed in the valley below. The architectures still bear the signs of Arab domination in the ancient village of Rabatana.

A look at Tursi 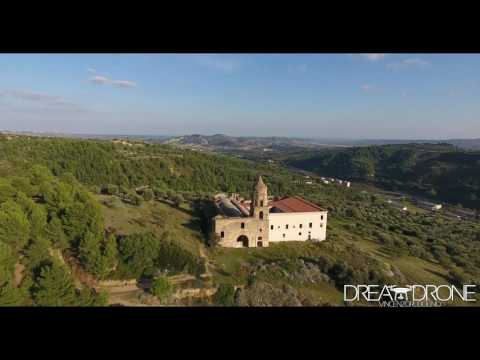 The village of Tursi is a medieval center of the fifth century or so, in Basilicata, originally born around the castle and later developed in the valley below it assumed a singular elongated shape.

Its inhabited center is largely divided by the torrent Pescogrosso, which takes its name from the enormous boulders found along its course and flows as a tributary into the Sinni river.
There are several sources that try to explain the derivation of the name "Tursi" and the most accredited claim that it derives from the name of person, "Turcico", a man of arms of Byzantine origin, owner of the area, who enlarged the ancient Saracen village, "Rabatana", giving the new area the name of Tursikon or Tursicon.

The Rabatana was the first inhabited nucleus of Tursi, and is literally surrounded on each side by deep and inaccessible ravines. Around the middle of the fifth century, the Goths built the castle around which the first stone houses were built and the primordial nucleus of Tursi was formed, which grew as a result of the depopulation of Anglona (now fraction of Tursi).

Tursi is a village waiting to be discovered, from the architecture that still bears the marks of Arab domination, in the ancient village of Rabatana, to the Gothic castle, up to the Literary Park dedicated to Albino Pierro and set right in the house of the poet several times candidate for Nobel Prize for Literature, and then, again, the splendid Sanctuary of Anglona, a few kilometers from Tursi, up to historic buildings and other churches.
All this constitutes the priceless heritage of the "city of Pierro".

Archaeological excavations carried out in Basilicata, near Anglona and near Policoro, have brought to light innumerable works currently kept in the National Archaeological Museum of Siritide, ascertaining the existence of settlements dating back to 3000 BC.

Today Rabatana has become a tourist destination mainly because of the poet Albino Pierro, who has made Rabatana the source of inspiration for his poetry. In it you can retrace the streets of the ruins of the primordial nucleus and visit what remains of the ancient dwellings, often with only one room on the ground floor.

The village of Tursi has a predominantly agricultural economy, with widespread cultivation of citrus fruits and fruit trees. Renowned are the Tursi oranges, called "stacce".
Among the traditional recipes stand out: cheeses with cheese and eggs, linked to the recurrence of Monday of the Angel, “i pirc'dduzz”, home-made pasta with pieces topped with cooked wine, fusilli with fried breadcrumbs and capriata, a minestrone made from a variety of legumes and potatoes.
Do not forget the homemade pasta and the bread baked in a wood-fired oven offered in different forms: "a pitta", a kind of flat wheel, and "u piccillète", a sort of white donut, among the buns we also find "a caccallèt "Which can be sweet, with sultaninala or salted grapes. Do not miss the good wine like the Matera DOC.
Very popular are the so-called "cotto di fichi", a delicious compote to be used in different recipes, and "i gileppi" with oranges, an exquisite orange-peel jam. Local produce is also the cardoncello mushroom, cooked in this territory, in various ways or eaten raw with hard ricotta, lemons and olive oil from the Murge area.

The Municipality is part of:
Borghi Autentici d' Italia

Via Salita Castello, 18, Valsinni (Matera)
8.97 Kilometers from Tursi
Valsinni Castle
The Valsinni Castle, in Basilicata, was the residence of the petrarca poet Isabella Morra.

Via Salita Castello, 22, Valsinni (Matera)
8.99 Kilometers from Tursi
Prison tower
The Prison tower of Rotondella, in Basilicata, is what remains of the sighting tower built in 1518.

Via Cristoforo Colombo, 33, Policoro (Matera)
17.33 Kilometers from Tursi
Baronial Castle
The Baronial Castle of Policoro dates back to the eighth century.

Largo Castello, 1 - 75025, Policoro (Matera)
17.63 Kilometers from Tursi
Norman Tower
The Norman Tower in San Mauro Forte, in a dominant position in the center of the square, is what ...

Piazza Caduti, 75010, San Mauro Forte (Matera)
32.40 Kilometers from Tursi
Norman Castle
The Norman Castle of Montescaglioso, to which the church of Santa Caterina is annexed, was built ...

Via Santa Caterina, 75024, Montescaglioso (Matera)
37.66 Kilometers from Tursi
Prison tower
The Prison tower of Rotondella, in Basilicata, is what remains of the sighting tower built in 1518.

Via Giuseppe Giusti, Rotondella (Matera)
9.59 Kilometers from Tursi
Valsinni Castle
The Valsinni Castle, in Basilicata, was the residence of the petrarca poet Isabella Morra.

Via Salita Castello, 22, Valsinni (Matera)
8.99 Kilometers from Tursi
Janora Civic Museum
The Janora museum of Irsina in Basilicata, collects the collection of art and archaeological find...

Tursi is present in issue 5 of our digital magazine e-borghi travel.
Read it now!

The 10 most beautiful alleys of the Italian villages
Italy is a land full of wonders and places to discover. Tourists from all over the world come to visit the villages of the country to discover characteristic streets and alleys that offer unique views of the world, characterized by small and narrow picturesque cobbled and stone streets that often climb to the heights and panoramic places overlooking breathtaking views. Getting lost in the alleys and streets of Italian villages is one of the be...
Continue
The village of Tursi offers honorary citizenship to the philosopher Daisaku Ikeda
It was held on Tuesday, January 2, 2018, in the Council Chamber Armando Salvatore Di Noia of the Municipality of Tursi, the ceremony for the conferment of honorary citizenship to Daisaku Ikeda, philosopher, educator, Buddhist teacher and Japanese activist.The teacher, third president of the national section of Soka Gakkai in the period 1960 - 1979, current honorary president of the same international association and several times candidate for the Nobel Peace Prize, sent a letter of thanks to the Muni...
Continue