Share
Source of inspiration for Carlo Levi, in Aliano the house in which he spent his exile is still intact and which, together with the Pinacoteca, the Museum of peasant civilizations and the artistic nativity scene of the master Francesco Artese, is part of the Literary Park that he took his name. It is here that the writer drew inspiration for his masterpiece "Christ stopped at Eboli". Particularly suggestive are the alleys, the squares, the houses that characterize the village, such as the so-called Casa del Malocchio, with features with a human face.

A look at Aliano 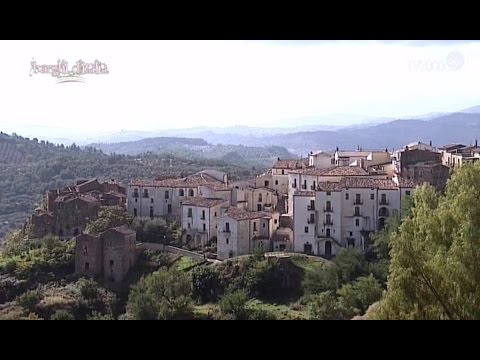 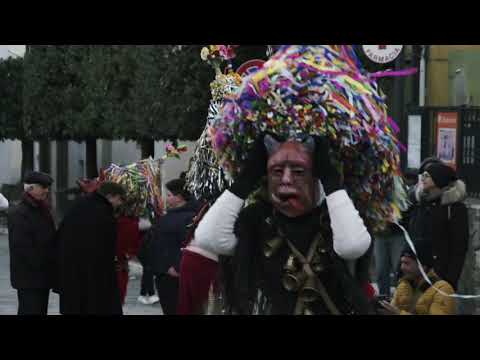 The village of Aliano is the place in which it was confined to the writer Carlo Levi which therein became bury, in Basilicata. Its territory is characterized by the typical landscape of the gullies.

The name of the village derives from the latin Praedium Allianum, i.e. Podere di Allius, noble Roman. Given the proximity to the Agri and Sinni rivers, since antiquity was an important center of trade between the greek civilization, etruscan and Enotria. The first texts in which is officially cited Aliano are dated back to 1060, the year in which dates back a papal bull that attributed to the Bishop of Tricarico the administration of the village. In the VIII century the different caves dug in the sedimentary rocks of alluvial origin situated in the area of Fosso San Lorenzo, already inhabited in the prehistoric age, entertained numerous Basilian monks escaped to the iconoclastic persecutions in the East. In the medieval era Aliano was the fief of various families, including the Sanseverino, the Carafa and the column.

In the recent history of this small center we cannot fail to mention the writer Carlo Levi that ambientò here the book Christ Stopped at Eboli (1945). Levi during the fascist regime in the years 1935-36 was condemned to exile in Lucania because of its anti-fascist activities and spent a long period in Basilicata, first Grassano and subsequently to Aliano (which in the book is called Gagliano, imitating the local pronunciation), where he had the opportunity to know the reality of that land and its people. The writer in his last wishes expressed to be buried to Aliano "between its peasants". In the country are still intact all the places described in the novel and alleys are impressed some phrases book symbol. Levi had here the opportunity to discover another Italy that was precisely that peasant del Mezzogiorno.

The Carnival of Aliano is one of the carnivals in the Lucan tradition. The day of the Shrove Tuesday, every year, singular figures roam the streets of Aliano, are horned masks that evoke the diabolical creatures and goffe, whose character threatening is mitigated by the colorful cappelloni that decorate the head. The masks are the protagonists of an improvised comedy, called "Fras". Parade through the village moving to the sound of accordions and gloomy gloomy. The Carnival is divided in two days, on Sundays and on Shrove Tuesday, in the course of which alternate parades involving even masks of neighboring countries and the palate is gladdened by the tasting of typical dishes.

There are numerous initiatives related to the Literary Park of Carlo Levi, in particular the sentimental trips in the places linked to the confinement of the writer, and days of tasting of typical products. Of great importance is the festival of the paesologia, directed by Franco Arminio. To Aliano is also plays the National Literary Prize Carlo Levi. With annual recurrence occurs within the historic center of Aliano and along its impressive exhibition routes, the Festival of Anthropology.

The economy is based mainly on agriculture and pastoralism; the village is surrounded by orchards of olive trees that make a flourishing industry for the production of olive oil, fruit orchards (in particular orchards and citrus groves), and you will practice the rearing of goats and sheep. The presence of the archaeological remains of the Neolithic and the tomb of Carlo Levi make the country which is important from the point of view of tourism-cultural. In fact for the tracks are engraved passages from the book Christ Stopped at Eboli and residence and the places narrated in the book remained intact.

Evocative, in Aliano, is also the kitchen, farming, which expresses the ancient traditions never gone down thanks to secular recipes.

In the dishes alianesi never fails as a condiment olive oil, produced in many countries del Materano by taste a little fruity and from golden yellow color with a green tinge. Excellent also the wine to sip enjoying the sausages of local production.

Among the typical products are classified as "Frizzuu" which, according to tradition, prepared with a wire of giunco around which winds the dough, which is then extracted. This typical handmade pasta of season with pecorino cheese, horseradish, a ragout of rind and pork. It seems piacessero very even to Carlo Levi The "Gliummrell", the entrails of lamb and kid rolled with the casing and cooked on the grill.

SP 103, Cirigliano (Matera)
11.97 Kilometers from Aliano
Norman Tower
The Norman Tower in San Mauro Forte, in a dominant position in the center of the square, is what ...

Via Salita Castello, 18, Valsinni (Matera)
24.04 Kilometers from Aliano
Valsinni Castle
The Valsinni Castle, in Basilicata, was the residence of the petrarca poet Isabella Morra.

Via Salita Castello, 22, Valsinni (Matera)
24.06 Kilometers from Aliano
Norman Tower
The Norman Tower in San Mauro Forte, in a dominant position in the center of the square, is what ...

Piazza Caduti, 75010, San Mauro Forte (Matera)
19.41 Kilometers from Aliano
Prison tower
The Prison tower of Rotondella, in Basilicata, is what remains of the sighting tower built in 1518.

Via Giuseppe Giusti, Rotondella (Matera)
29.56 Kilometers from Aliano
Valsinni Castle
The Valsinni Castle, in Basilicata, was the residence of the petrarca poet Isabella Morra.

Aliano, when a place meets the soul of the writer...
Born perched on one of the most beautiful and charming clay hills of Basilicata, more precisely between the cities of Matera and Potenza, the village of Aliano is certainly one of the most fascinating Italian villages. From its imposing position it dominates undisputed Val D'Agri, and the territory that characterizes it is rich in natural architectural beauties created by wind and rain that, with their erosive action, have shaped the clay rock...
Continue
Stones, canyons and magic
It’s a timeless spot that reminds of distant places. Long stone brickworks are spread on a wavy land covered in olive trees and all of a sudden you are on the ridge of a deep cut in the soil, a canyon leading to Matera, the magic city of stones. It overlooks one of the most famous “gravine” that feature this charming city that matches the pride of being the European capital of culture this year with a landscape that wraps vis...
Continue
The most curious Carnival traditions of Italian villages
Italy is rich in traditions and customs that are passed on in its spectacular villages. From North to South, it is during the festivals that the cultural and folkloristic liveliness of the towns and villages comes to life. Carnival is undoubtedly one of the most eagerly awaited moments in some of Italy's villages: let's see which are the most particular, focusing on typical masks and food specialities, in an ideal journey along the Peninsula. Extraordinary Carnival traditions in Carnia: Sappada and SaurisIn ...
Continue