Share
Visso is a town destroyed by the 2016 earthquake. It is an enchanting mountain center that boasts a past rich in history: the historic center amazes for the succession of imposing walls, towers, medieval houses and balconies, Renaissance noble palaces, carved stone portals with family crests and Latin mottos. The most representative glimpse and heart of the village is the bright and harmonious Piazza dei Martiri Vissani, bordered by elegant 15th-16th century buildings.

A look at Visso 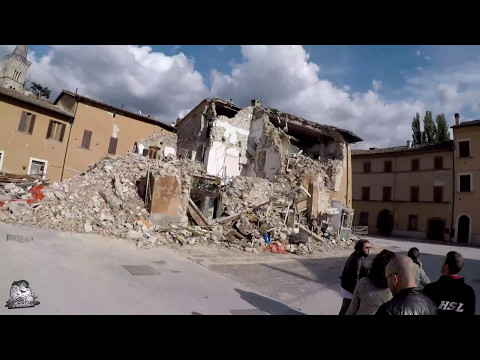 the most ancient archaeological find that bears witness to the existence of Visso (Vissu in local dialect) are Roman's, a funerary epigraph dated between the I century BC and the first century A.D. all other news that testify to the presence of a village 907 years before Rome and founded by tribeù Sabina the Naharci, called Vicus Elacensis, at the confluence of the rivers Ussita and black are likely but not try. But in 576 we know that the territory of Visso passò under the Duchy of Spoleto for track of the Lombards, which around 575 had occupied those territories. Around the year one thousand the populations which inhabited the mountains vissane went down to the valley probably for convenienceà trade, giving life to a center indicated with the name of lived. When the duchy of Spoleto became Pope, Visso was entrusted to the Da Varano, dukes of Camerino, who kept intermittently until the popes not definitively committed to governors, one of which was the father of Cardinal Mazzarino, secretary of the king of France.

In 1400 the village knew the sacking of the airlines of Ventura, so much so that that period è passed into history as "La Ruina of Visso", also thanks to the repetition of the ominous phenomenon of the plague. The lack of cultivable spaces in a medium così Mountainous impelled by always the vissani a move to territories distant from the center, was whatì that were born of disputes with Camerino, Norcia, Montefortino, Montemonaco and Acquacanina. The famous battle of 1522 - Battle of Pian Lost - against Norcia to grab the land of Gualdo and Pian lost: the deeds of the clash were narrated in the poem compound in rhymes by Berettaccia, poet-pastor of Castelsantangelo sul Nera, lived in 1600. Since its constitution and until it wasn't invaded by the Napoleonic army, the village of Visso was divided into "guaite" (contrade):

to preside over the central government of Visso there were the Priori, representatives each of a guaita.

In 1799 Napoleon Bonaparte assoggettò Visso prior to the department of the Clitunno and later to that of the Trasimeno, by integrating the common fractions of Saccovescio, Castelvecchio, St Eutizio, Fields, Ankaran Cross, Orvano, Fematre, Riofreddo, Chiusita Mevale, and Rasenna. In 1822, after the Congress of Vienna (1815), Visso who had returned under the Papal State, obtained the rank of "City", because of the importance it had in the Umbrian territory. After the proclamation of the Kingdom of Italy Visso was detached from Umbria and annexd to the province of Macerata. During the Second World War saw operate in its territory the partisans Capuzi Peter and Carla Voltolina. Since 1993 Visso is the seat of the Parco Nazionale dei Monti Sibillini.

On 26 and 30 October 2016 the municipality è status epicenter of three earthquakes that have produced significant damage to the buildings of the historic center. On 30 March 2017, some members of the Italian body de "The Blue Helmets of culture" went to save the cultural treasures of some regions devastated by the earthquake and discovered, among the ruins of the Church of San Francesco, a fresco probably painted by Maestro Paolo da Visso of XV century.

The Ciauscolo
salami that has its origin in Visso, the ciauscolo is a sausage composed of a mixture of pork bacon, shoulder, trimming ham and Lonza, salt, wine and garlic. The main characteristic is the spreadableness. With the recognition of the brand of quality IGP the territory and the local producers see rewarded the method of production: at this point that the Ciauscolo IGP, for those producers who carry out all the steps of production and seasoning in mountain territory, may indicate in the labelling the words "Product of the mountain."

The cordelle
This is a format of long pasta, big strand hand made, based on water and flour. It is flavored with bacon, oil, pepper and pecorino cheese.

The torciglione
dry sweet of the Christmas tradition in a spiral shape that resembles a coiled serpent. The recipe provides a dough of raisins, pine nuts, hazelnuts, nuts, dried figs, cocoa, alkermes, sugar.

Other Products
Products of great thickness are all salami and the products of the butchery, resulting from processing of pork. You can also mention the pecorino is obtained from the famous sheep sopravvissana, a time very renowned for the quality of the wool, trout of the Nera, fario trout or salmoned, the black truffle and the summer scorzone, sweet macaroni, lentils, spelt and chickling vetch, legumes typical of Sibillini, mutton and the cake Paolo da Visso.

the Municipality is part of:
I Borghi più belli d'Italia
Paesi bandiera arancione

Via Roma, 48, Montefortino (Fermo)
20.66 Kilometers from Visso
Canfaito beech forest
Elcito is one of the places of the Regional Natural Reserve of Monte San Vicino and Monte Canfait...

Porta San Lorenzo, Palazzo Marinozzi, Via G. Mazzini, 64, Montecosaro (Macerata)
61.71 Kilometers from Visso
Priors' Palace
The Priors' Palace is the municipal seat of the village of Montecassiano in Marche Region.

Piazza Giacomo Leopardi, 6, Montecassiano (Macerata)
55.76 Kilometers from Visso
Abbey of Valfucina
The evocative abbey of Valfucina is located in the territory of the small village of Elcito, in t...

Feast of the Madonna of Macereto

Feast of the Madonna Bruna