Share
A mountain village located in the middle Serchio Valley, located in a splendid panoramic position with the Apennine arch behind it. The true excellence of the village of Coreglia lies in the artisan art of plaster figurines. 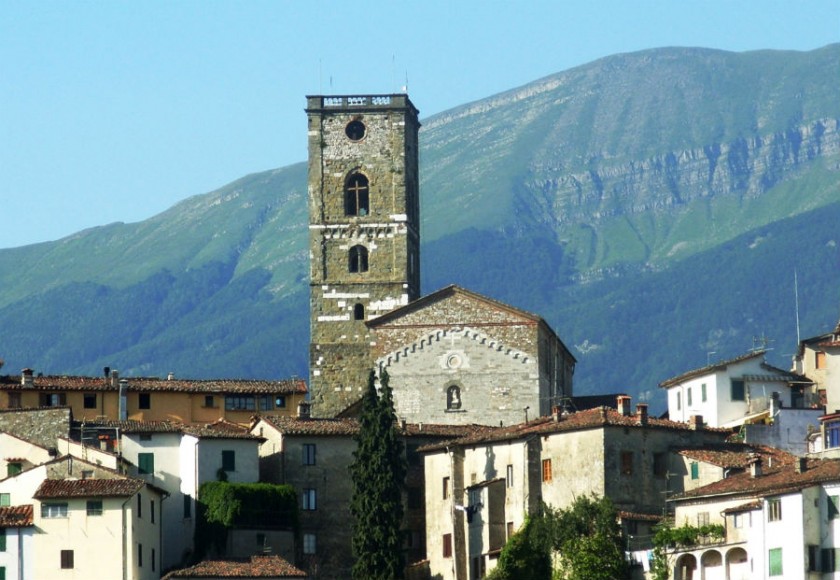 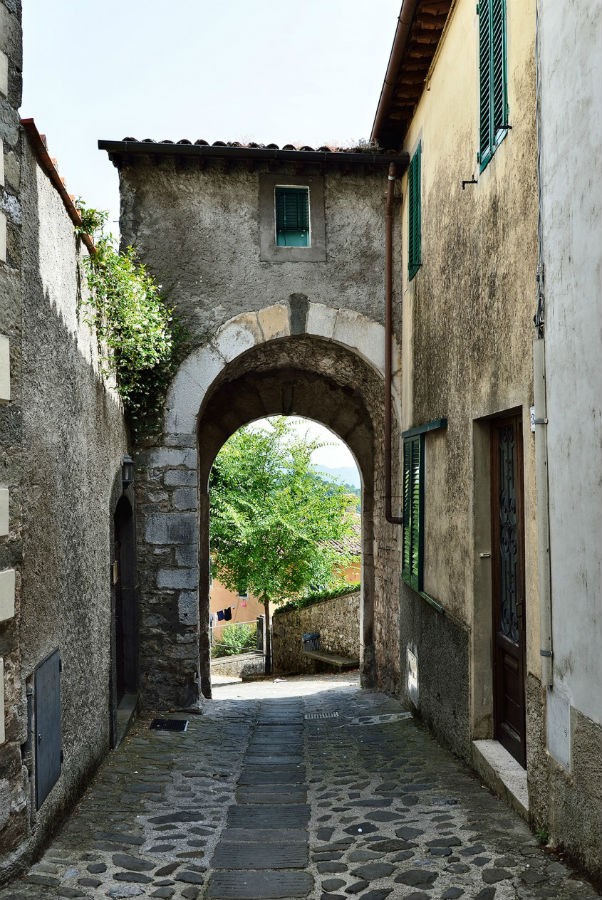 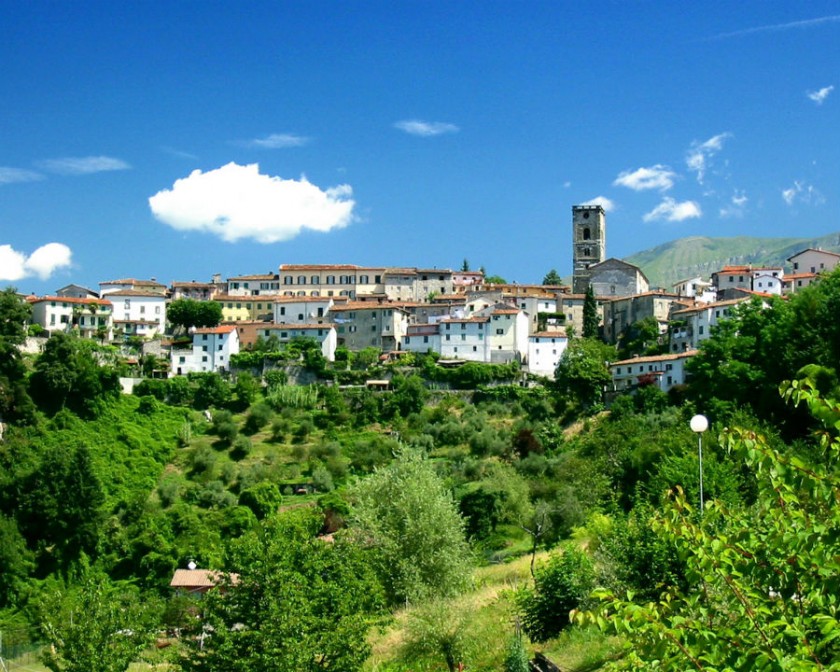 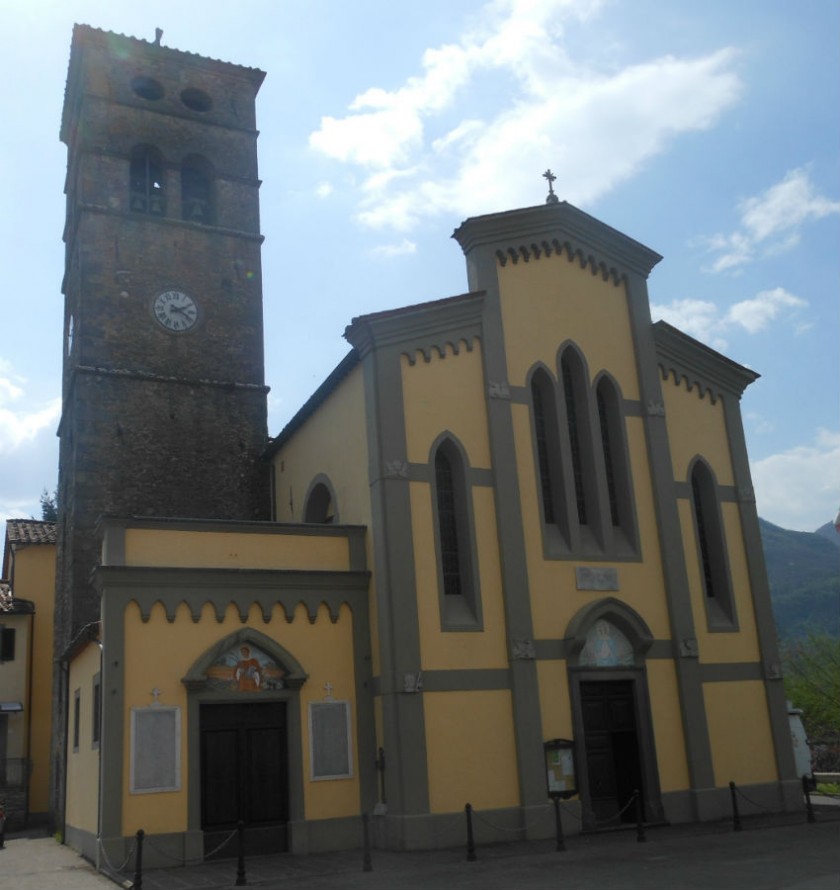 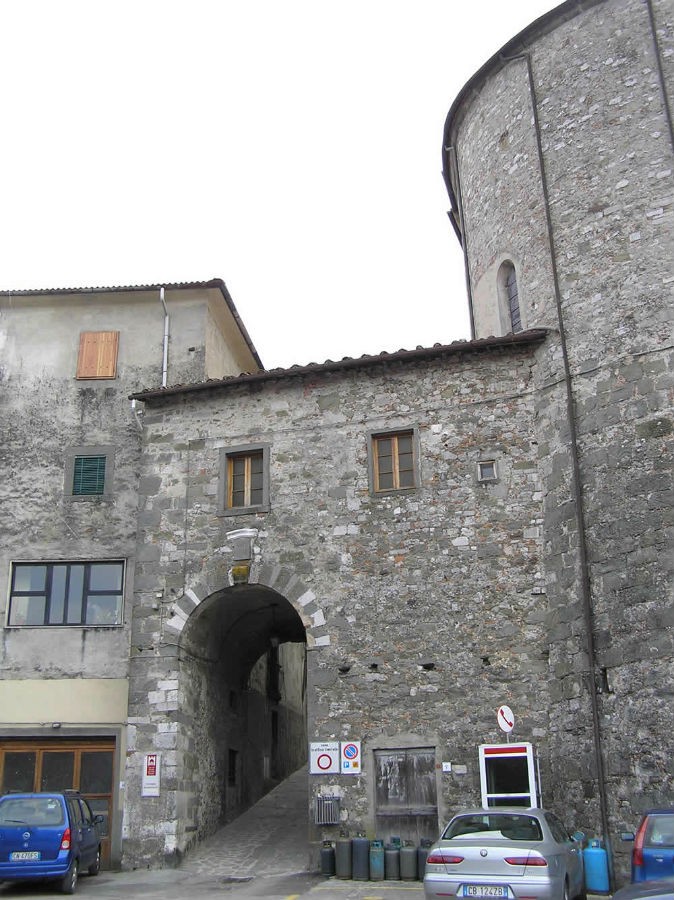 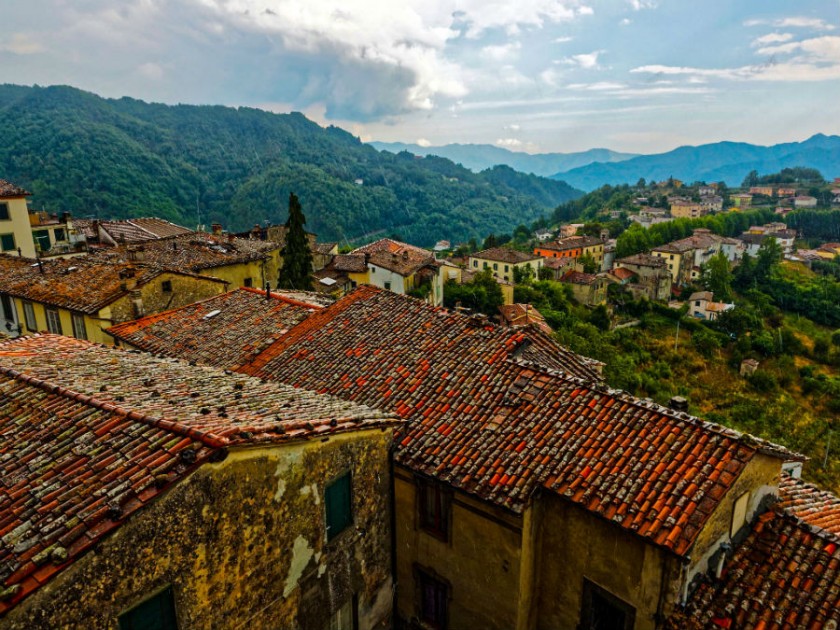 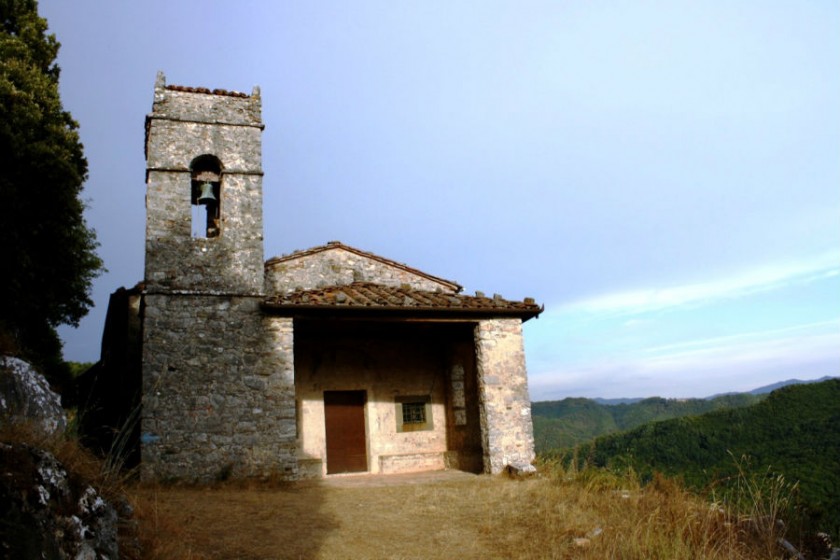 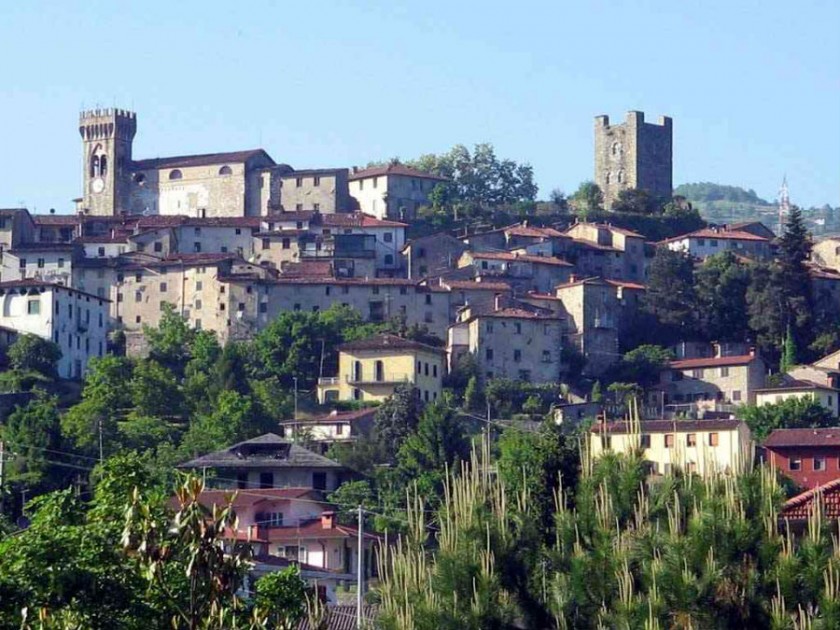 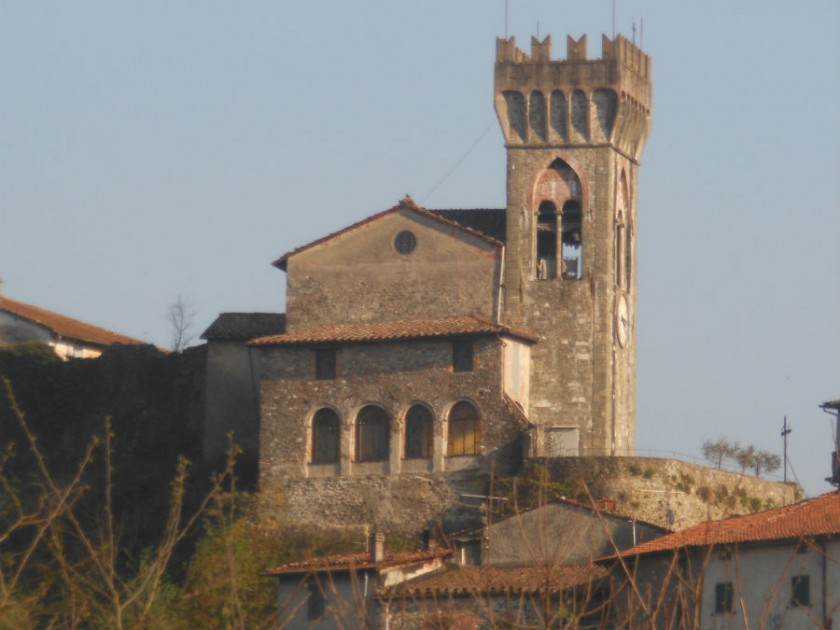 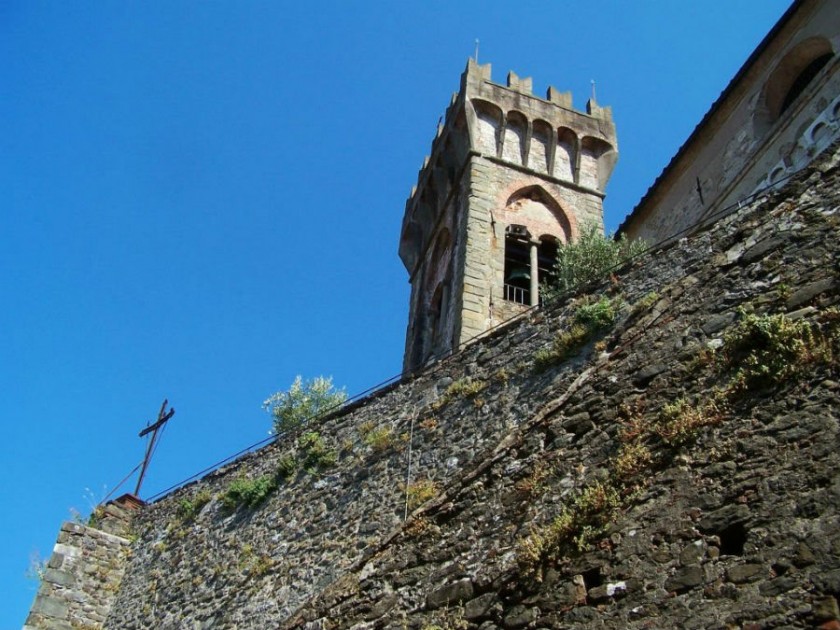 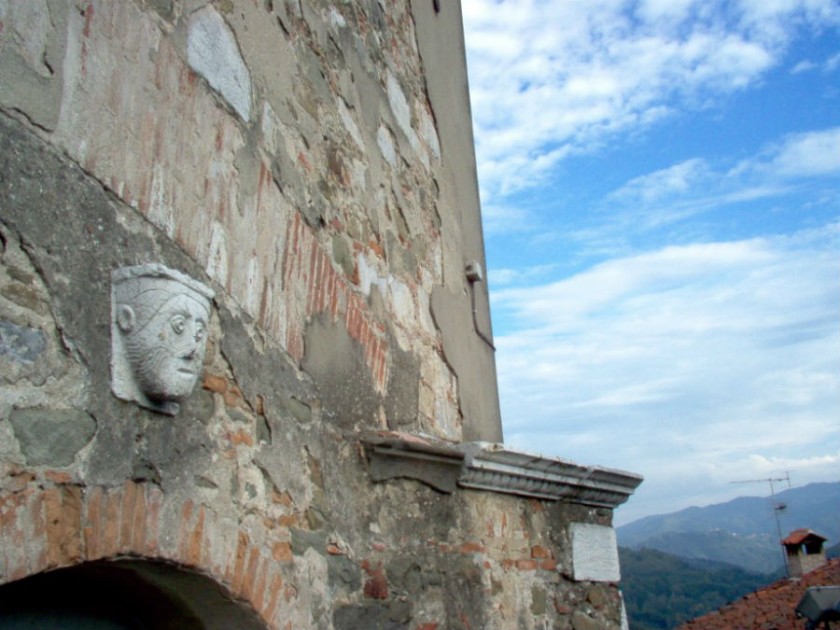 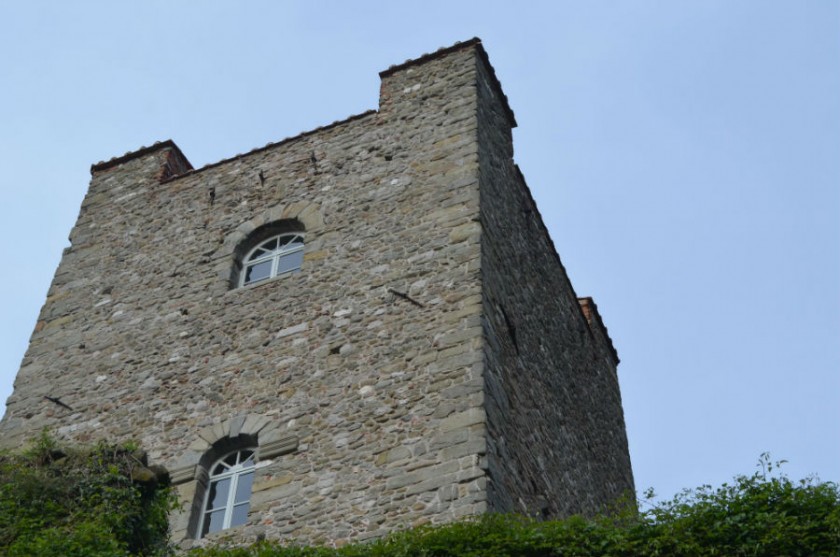 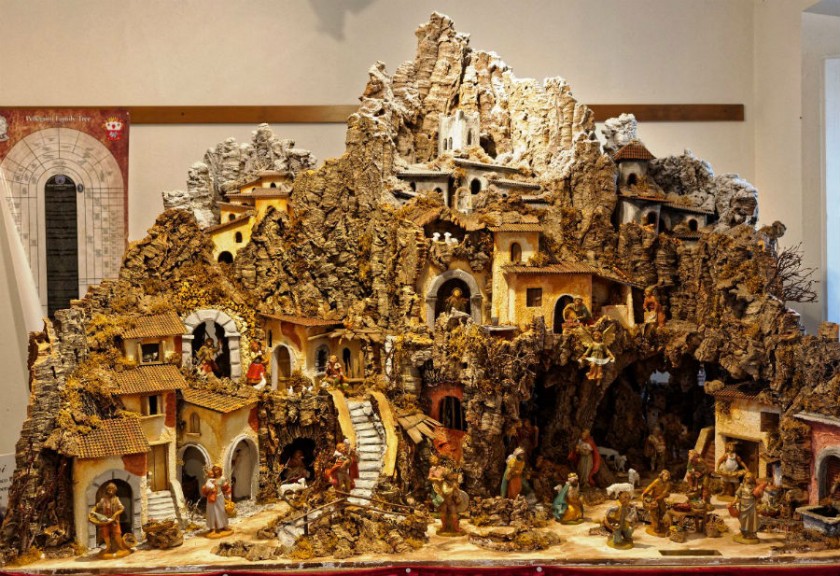 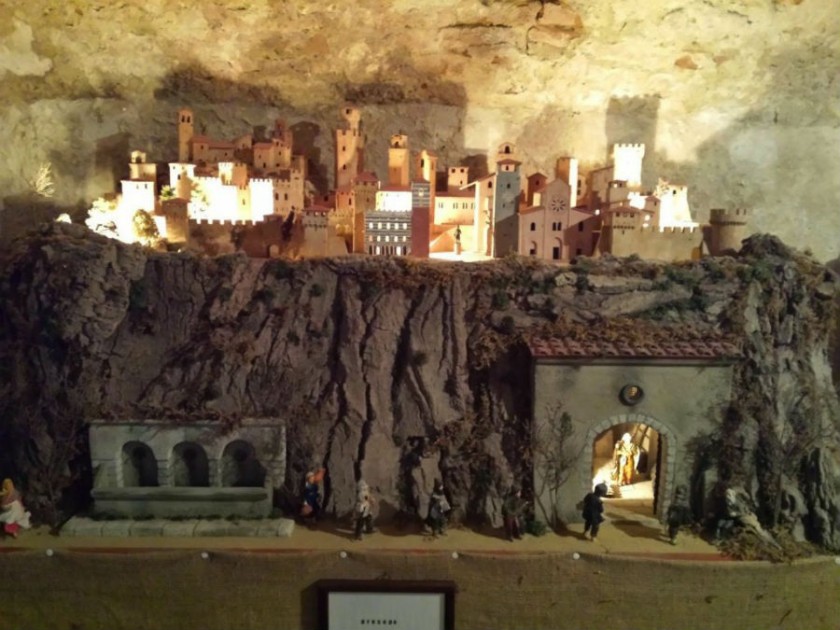 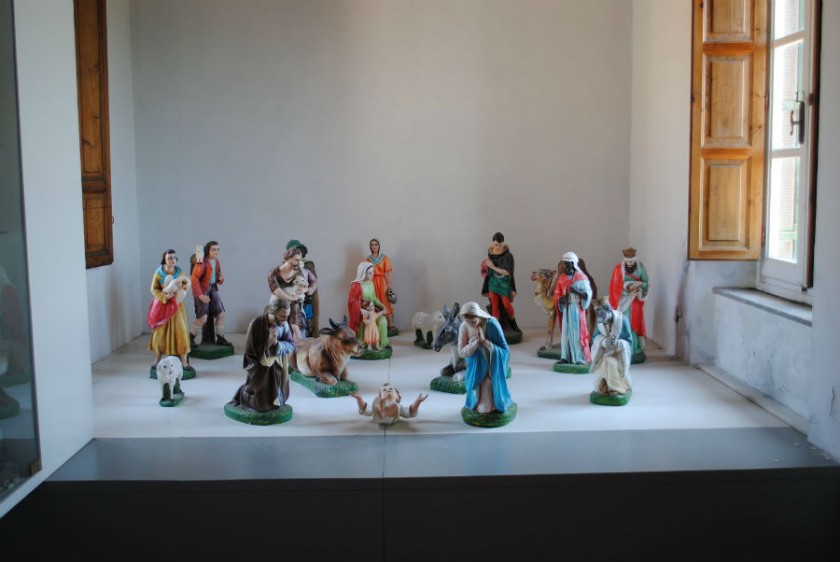 A look at Coreglia Antelminelli

Coreglia Antelminelli is a mountain village in the middle Valle del Serchio, located in a splendid panoramic position with the Apennine arch behind it.
The first testimonies on the origin of the village are placed in a document of the Archiepiscopal Archive of Lucca in 1048 and attest that from the beginning the community was linked to the fate of the province.
Considered a strategic point in the Middle Ages and despite having fortifications, Coreglia was subjected to a long siege during a battle between the Guelphs and the army of Castruccio Castracani, which forced them to surrender. The castle of the time was smaller than the current one and was composed of a fortress and a small wall that enclosed two other towers.
To the west the village was protected by a cliff, while the defense to the north was guaranteed by the fortress and the main tower.
In the two following centuries, the feudal lords of the area with the city of Lucca forced the Ronaldinghi to retreat.The lands were inherited first by the Bizzarri and then by the Antelminelli who implemented changes to the internal structure of the town.
In 1362 the name of the Antelminelli was added to Coreglia, since the town was for a long time the residential seat of this famous family.
The fortress was replaced with the church of San Michele and the tower leaning against it converted into a bell tower while a new fortress was built for defensive purposes. Furthermore, underground tunnels were built to allow rapid and hidden movements to the enemy eye in the event of an attack.


The true excellence of the village of Coreglia lies in the art of plaster figurines. The practice of creating figurines with chalk spread to Coreglia between the 16th and 17th centuries and was the main occupation of the locals. When in the eighteenth century the emigration of choregles to the whole world began, many artisans decided to leave in search of fortune. Some of them returned home, others, like Sylvester Zefferino Poli, remained overseas.

In 1883, the baron and figurine maker Carlo Vanni established a school in his palace in Coreglia to educate young people about the trade. When he moved to Vienna in 1915, he left the building as a dowry to the municipality. Since the heirs of the artisans, over time, had donated numerous prints and figurines to the capital, in 1975 the Municipal Administration decided to establish the Museum of the plaster figurine and emigration, divided into two sections: one is dedicated to ancient production of statuettes of various kinds, including busts of celebrities inspired by Greek and Roman sculptures; the other regards the emigration of figurines, with photos, passports, letters and other documents. Overall, around 1300 items are kept.
On March 19, 2005, the museum was dedicated to Professor Guglielmo Lera, an important figure in the historical-cultural sector of Lucca.

In addition to the Museum, the tower of Castruccio Castracani, about 25 meters high and used for the sighting of enemies and as a defense, and the frescoes by Paolo Maiani, which are located in the apse of the church of Santissimi Lorenzo and Lazzaro in Piano di Coreglia and date back to 2001. There are two scenes, The Resurrection and Jesus walking on the water, respectively on the upper and lower part.

Ascending from the valley, Coreglia appears suddenly, resting on a long ridge that descends from the Apennines. Surrounded by an immense expanse of chestnut trees by low torrents go back toward the country, has been loved by painters (Carlo Carrã), poets (Giuseppe Ungaretti), philosophers (Guido De Ruggiero, Paolo Lamanna) and classics philologists (The Hellenist Manara Valgimigli, Latinist Concept Marchesi), attracted by a priceless view of the Alps Apuane and the reliefs of the Apennines. The low light of a lamp and many thoughts was enough to them. Here the word “Christmas nativity scene” has its own meaning: “Between Christmas and Epiphany - writes Guglielmo Lera, creator of local literary prizes - Coreglia covered by snow and swept by the tramontana wind is a town in oblivion, with the caves of the Penna that seem a nativity scene and the Alps with a cushion destined to the stars”.
After visiting the two ancient churches of San Martino, pre-Romanesque, and San Michele, built in year 1000 next to the fortress and the tower (transformed into a bell tower), we go to Palazzo Vanni to see the Museo della Figurina di Gesso e dell’Emigrazione. Coreglia is in fact known for the activity of figurinai that was already considerable in the XVIII century, intensified in the next one, bringing numerous families to do this work in the main Italian cities, but also German, French, Swiss, British, Swedish. Before going abroad, the figurinai gathered in "companies" of which were also part boys recruited in the town and who had the task of selling the "Gessi" in the streets. Among the masterpieces there are the cats in the XVIII century stained with candle smoke and a grand Christmas nativity scene of the late nineteenth century.

Via del Duomo, 1, Barga (Lucca)
3.40 Kilometers from Coreglia Antelminelli
House Museum of Giovanni Pascoli
The Cardoso-Carrara Villa, situated at the Caproni di Castelvecchio, near the village of Barga, i...

Via San Pietro, 6, Castiglione di Garfagnana (Lucca)
13.18 Kilometers from Coreglia Antelminelli
Ethnographic Museum
The Ethnographic Museum of San Pellegrino in Alpe is located in the historical region of Garfagna...

Find where to sleep in Coreglia Antelminelli

5 must-see villages of the Tuscan-Emilian Apennines
Its highest peak is Monte Cimone, with its 2165 meters of altitude. Only four peaks of the Tuscan-Emilian Apennines exceed two thousand meters. From the Parma to the Reggio Apennines, from the Modena area to the Bolognese area up to the Tuscan side, from the Lunigiana to the Pistoia mountains, from Switzerland Pesciatina to the Marliana mountain, from the Garfagnana to the Bisenzio valley, from the Calvana mountains to the Mugello to the Casen...
Continue
Recipe: Castagnaccio, the dessert of the Tuscan villages that smell of wood
A taste that comes from the past, a "convict" taste that made people fall in love, a poor and ancient sweet of Tuscan cuisine that enriches the table in the fall. The castagnaccio is a characteristic autumn dessert of the villages in the Apennine areas of Tuscany, Liguria, Emilia and Piedmont and, depending on the region in which it is cooked, presents some differences. In Tuscany, for example, the cake is about a centimeter tall and according to the traditional recipe should be made with chestnut flour from the Mount Amiata. One of ...
Continue
Susan Sarandon in Coreglia Antelminelli? The Stars of Hollywood and the villages of their ancestors
The curiosities about Hollywood actors never finish. Especially when you discover their origins from italian villages. Did you know for example that the father of Robert De Niro was from the village of Ferrazzano, in Molise? Or that the Father and the mother of Al Pacino came respectively from the villages, both Sicilian, San Fratello and Corleone? Just today someone on the network has pointed out that a few years ago, the B...
Continue
Unique Tuscan villages to Love - Download a free travel guide to the 51 certified Tuscan villages
It has recently been made available a free travel guide by Toscana Promozione Turistica, in Italian and English, about 51 Tuscan villages certified in the Borghi più Belli D'Italia, Paesi Bandiera Arancione, Mibact's Gioielli d'Italia and UNESCO World Heritage Sites. The volume, edited by Claudio Bacillieri, director in chief for Borghi Magazine, accompany th...
Continue