Share
Immersed in the green Val di Cornia, the village of Suvereto is a real jewel. Its walls hold treasures, such as the characteristic medieval streets, stone houses, historic buildings and evocative churches. All around endless forests of chestnuts, oaks and, of course, corks, hence the name of the place. 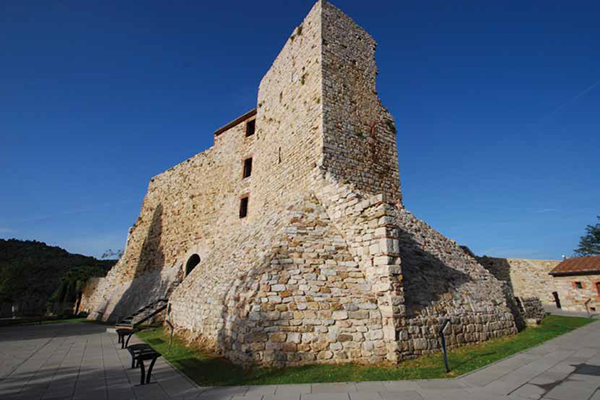 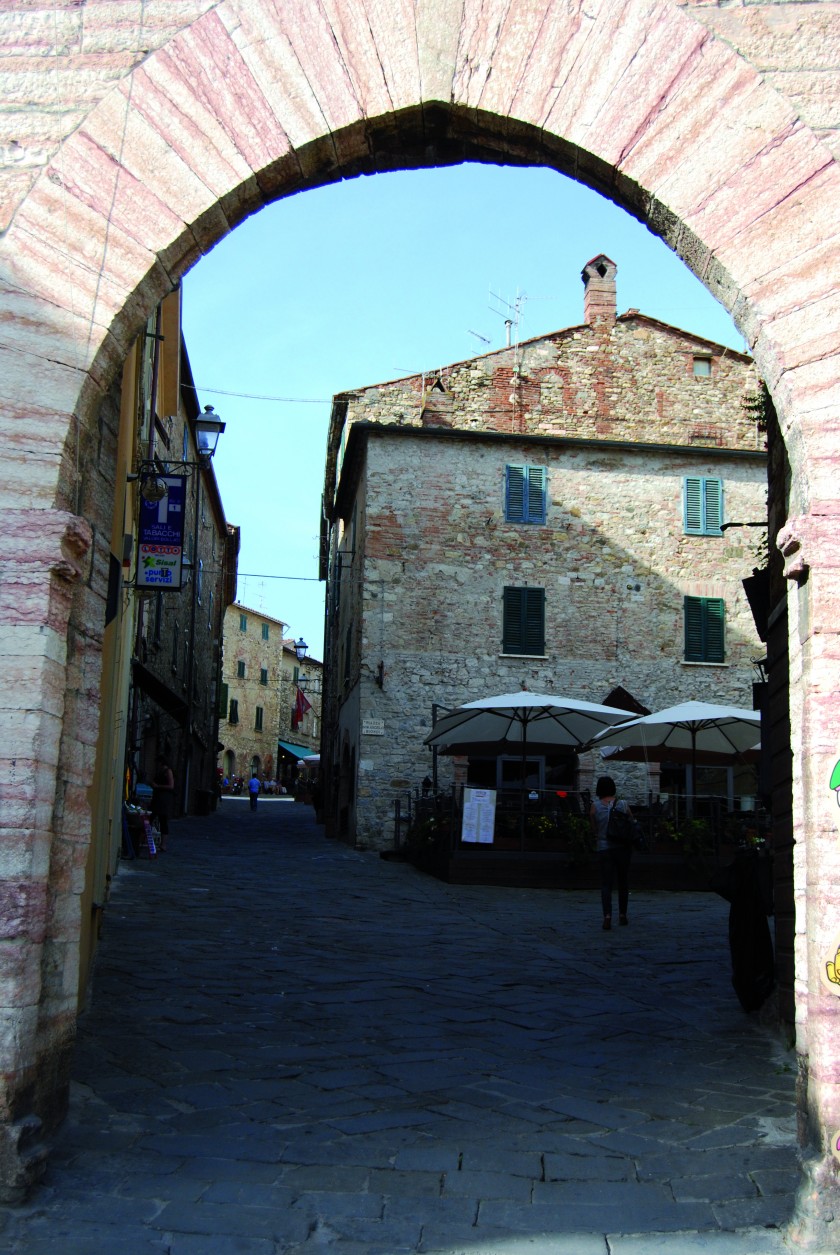 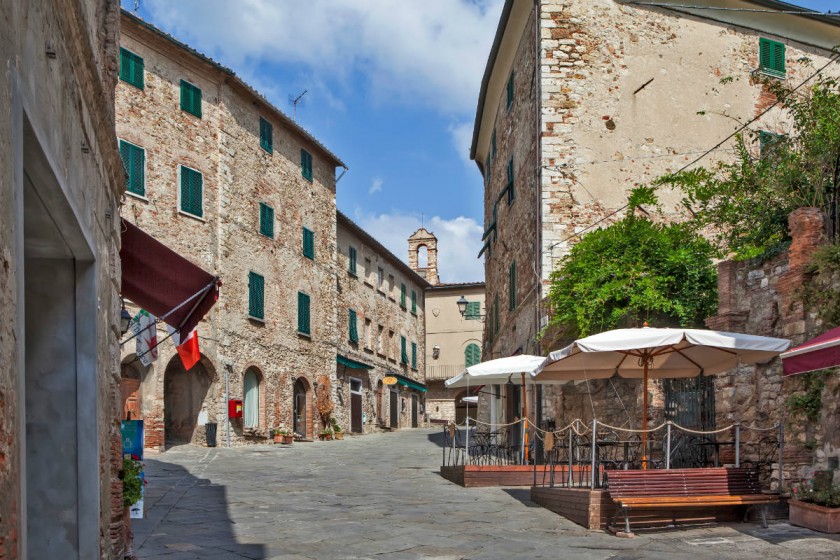 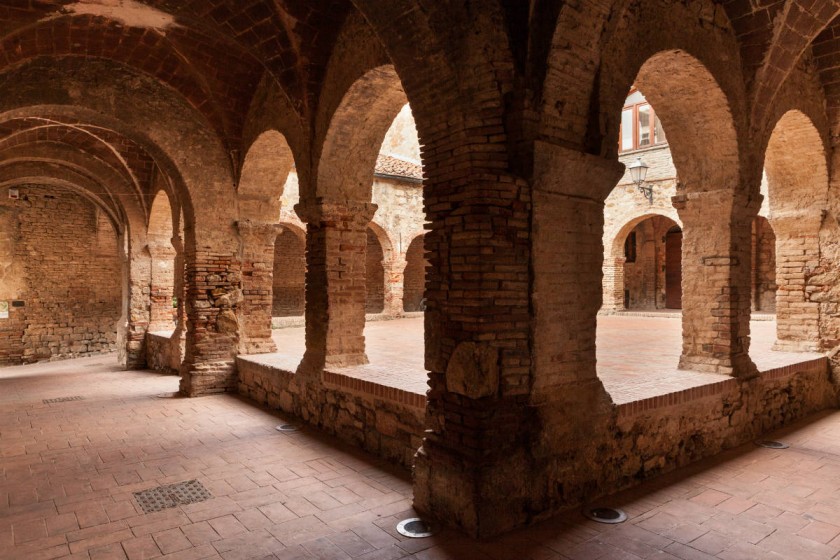 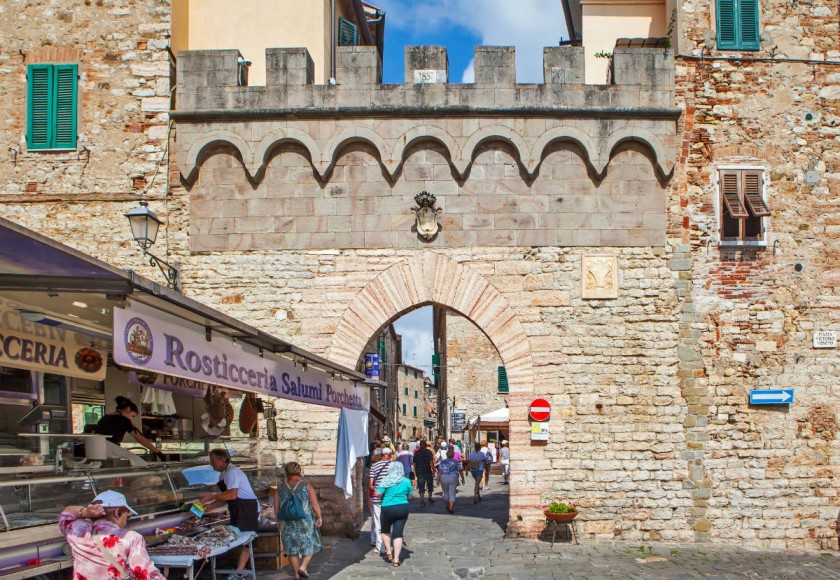 Seat of important wineries (here it produces the DOC Val di Cornia Suvereto), the village of Suvereto is located in the Val di Cornia. The fraction of Prata is known to be the area of origin and production of Lazzero di Prata, a precious type of olive oil. The toponym is certified for the first time in 973 and derives from the latin suber, "cork", for which Suvereto is the "corkwood".
Worth a visit to the Rocca Aldobrandesca, that dominates the whole town, built around the middle of the XII century.

Another point of interest is the Parish Church of San Giusto, remembered since 923, probably of medieval origin, is one of the most interesting Romanesque buildings in the province of Livorno.

Nearby you can also visit the Natural Park of Montioni, forming part of the system of parks of Val di Cornia, a park characterized by a rich fauna, rare examples of typically mediterranean flora and important monuments from the napoleonic era recently restored in the small hamlet of Montioni, such as the baths, the so-called "Baciocca" and a commemorative obelisk dedicated to Elisa Bonaparte, sister of Napoleon Bonaparte and princess of Lucca and Piombino.

The Palio of Suvereto is an event that takes place twice a year. This is a race between teams of "pushing", that dispute for the paved streets of the historic center. The pairs of pushers shall bring the cask from 5 quintals of belly and push, as uniformly as possible on the circuit trying to overtake opponents.
The first palio di Santa Croce, is held in May in concomitance of the patronal feasts while the second falls on 13 August and is called the Palio of the Emperor.
The Wild Boar Festival is a historic event which unwinds from almost 50 years in December, in the weekends around the 8 December. The Festival has always tip to the exploitation of the typical products of the local gastronomy, crafts and in general of the traditions of the territory. In the course of the years conferences and initiatives have treated and deepened socio-economical aspects linked to Suvereto and Val di Cornia.

Red and gray are the colors of the village, of its stones, of paving and the roofing tiles. Around the hills fillers of ripe grapes have the colors of the vineyards in Autumn, the silvery nuances of the olive trees and the various shades of green of the woods. You arrive in Suvereto from the sea travelling the Aurelia road along the coast of the Etruscans and then by deviating toward the hinterland to the height of Piombino and Venturina. In the landscape of this part of Tuscany, suspended between the Tyrrhenian Sea and the Colline Metallifere, Suvereto, with old houses, ancient roofs, artisan shops, is like an old trunk. The olive trees have wrinkles that seem of etruscan elders. Here the osmosis is total between man, stone and earth. Etruscan land (Populonia is just two steps away), rural land, fortified land of Maremma. Inside these well preserved walls and out into the countryside, is today a whole multitude of cellars, crushers, farms, farm houses, restaurants. Suvereto is no longer the sad country from the end of the Seventeenth Century, almost abandoned for the stench of stagnant water and malaria which made the Maremma "bitter", including the upper part of the Livornese. The houses of Suvereto, with their facades of local stone mixed with recovered materials, express the rustic spirit of a rural community that does not want to waste. Is the sobriety of the campaign that, after an apnea of centuries, is returned to live among the rows of vines, olive trees, cypresses, the palms and the ancient cork oaks that gave the name to Suvereto.

Parish Church of San Giusto
The Church, remembered since 923, is wedged between the walls and the main access door to the vil...
Piazza Vittorio Veneto, 3, Suvereto
Aldobrandesca Fortress
The Aldobrandesca Fortress in Suvereto presents itself as an impressive fortified complex, consis...
Via della Rocca, 7, Suvereto
Rocca San Silvestro
Rocca San Silvestro is a fortified village built around the 10th century.

Via Indipendenza, 25, Castagneto Carducci (Livorno)
10.68 Kilometers from Suvereto
Carducci Archive Museum
The Archive Museum is part of the literary park dedicated to Giosué Carducci in the village of Ca...

Via di Sotto, 8 - 57025, Piombino (Livorno)
18.20 Kilometers from Suvereto
Medieval tower
The medieval tower is an integral part of the Castle of Populonia, from which you can admire a br...

Via S. Giovanni, 11 - 57025, Piombino (Livorno)
18.22 Kilometers from Suvereto
Appiani's Tower
The Appiani's Tower is a coastal tower of Marciana Marina, on Elba Island.

Piazzale Ammiraglio Romeo Bernotti, 4, Marciana Marina (Livorno)
49.53 Kilometers from Suvereto
Fortress of the Appiani
The Rocca degli Appiani or Forte is located in a panoramic position in the homonymous hamlet of P...

Via S. Giovanni, 11 - 57025, Piombino (Livorno)
18.22 Kilometers from Suvereto
Palazzo Pretorio
Palazzo Pretorio, in Campiglia Marittima, is an information point and promotion center for the Co...

Via Indipendenza, 25, Castagneto Carducci (Livorno)
10.68 Kilometers from Suvereto
= distances as the crow flies

Località Poggetto Masino 169, Suvereto
Agriturismo Gualdo del Re
A family business with a total area of about 40 hectares

Via del Crociﬁsso, 3, Suvereto
Petra Wine
A unique wine cellar in a unique place, Petra receives the mysterious secret from the skies and...

Recipe: Fillet of mullet alla livornese
Leghorn mullets are a symbol of this Tuscan city inseparably linked to the sea and derive from an ancient Sephardic recipe, the "mullet alla mosaica". The ingredients needed to make the mullets of Livorno are of extraordinary simplicity: fresh mullets and tomato pulp. And now a look at the characteristics of red mullet: small fish, has a reddish color on the back and pink or orange on the sides. To be prec...
Continue
Unique Tuscan villages to Love - Download a free travel guide to the 51 certified Tuscan villages
It has recently been made available a free travel guide by Toscana Promozione Turistica, in Italian and English, about 51 Tuscan villages certified in the Borghi più Belli D'Italia, Paesi Bandiera Arancione, Mibact's Gioielli d'Italia and UNESCO World Heritage Sites. The volume, edited by Claudio Bacillieri, director in chief for Borghi Magazine, accompany th...
Continue