Share
Varenna is a small fishing village located on the eastern shore of Lake Como. The historic center of the village is amazing, starting from the square of S. Giorgio, an ancient Roman forum, and the narrow streets and stairs leading down to the lake. Varenna offers its visitors unique views and unforgettable moments. Walking along the "Passerella degli Innamorati" you can enjoy a breathtaking view directly on the lake and the village full of cafes, restaurants and shops displaying Made in Italy products. 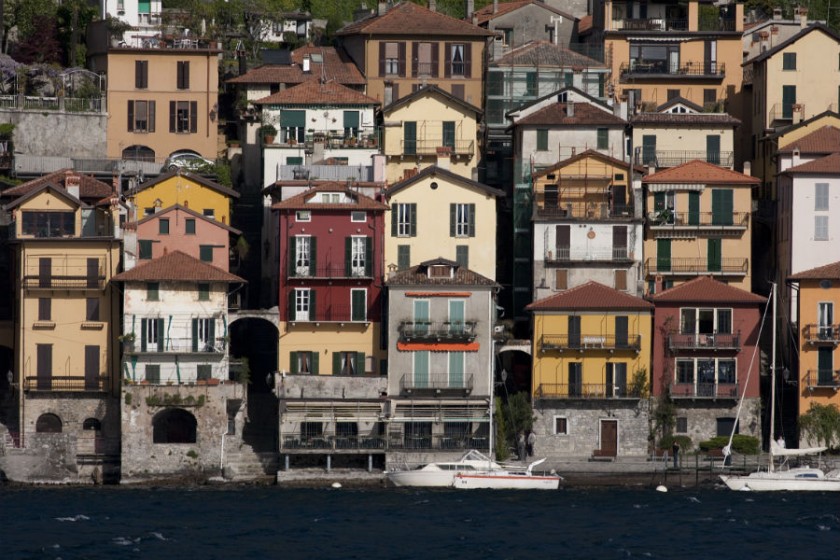 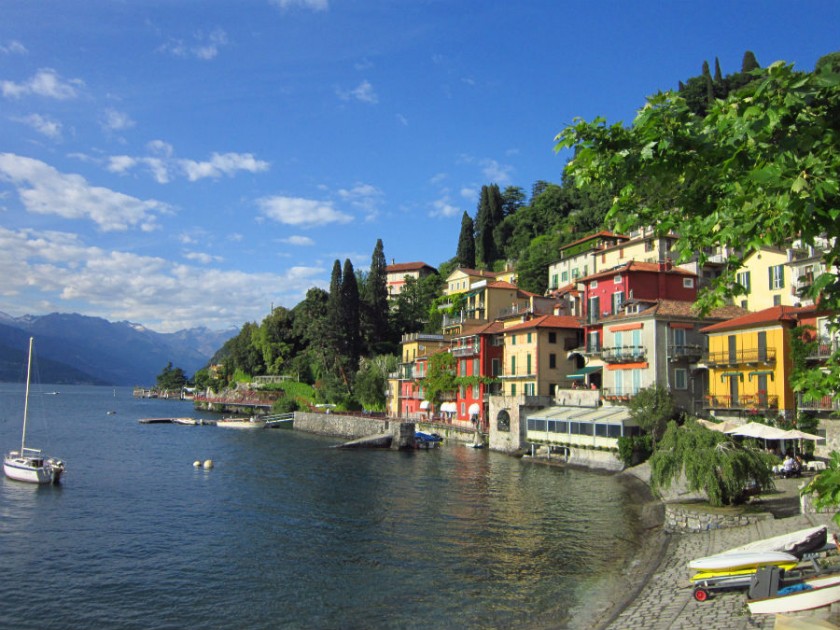 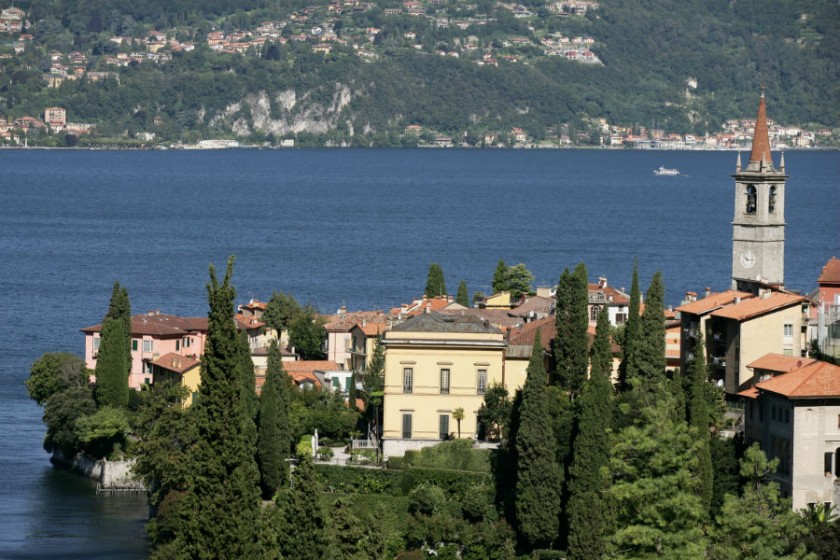 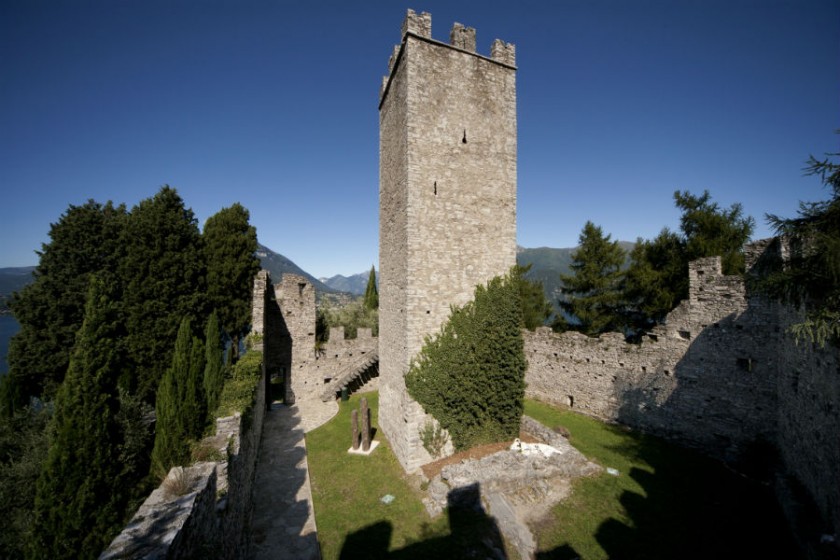 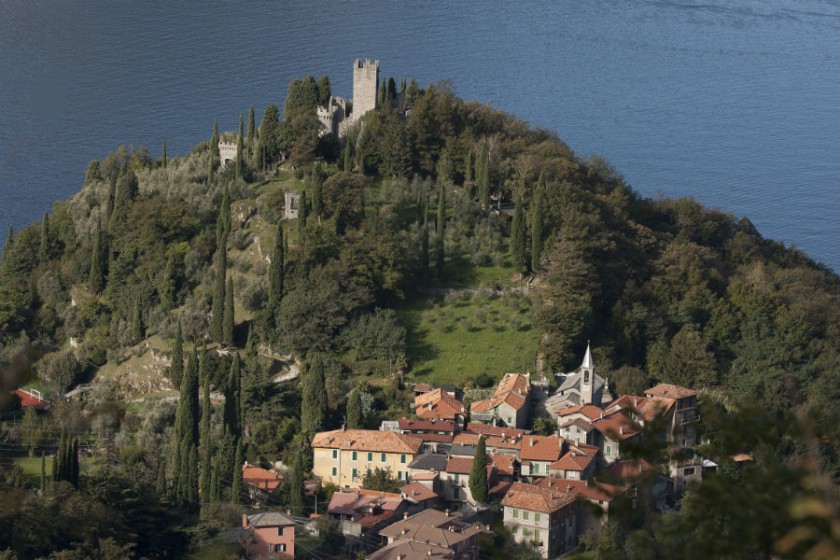 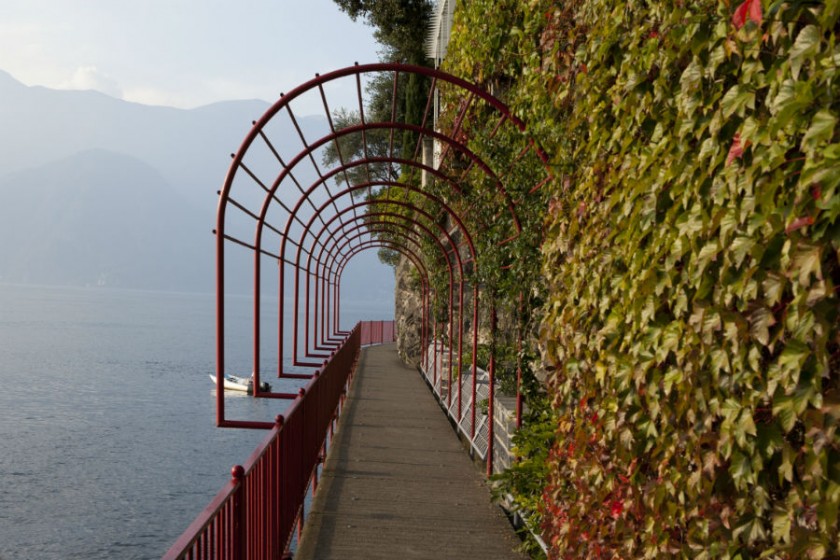 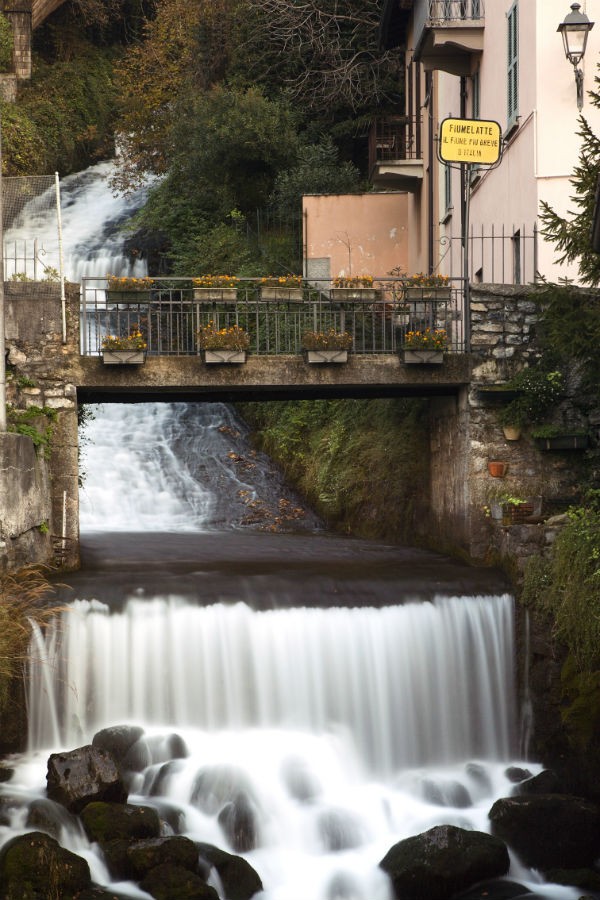 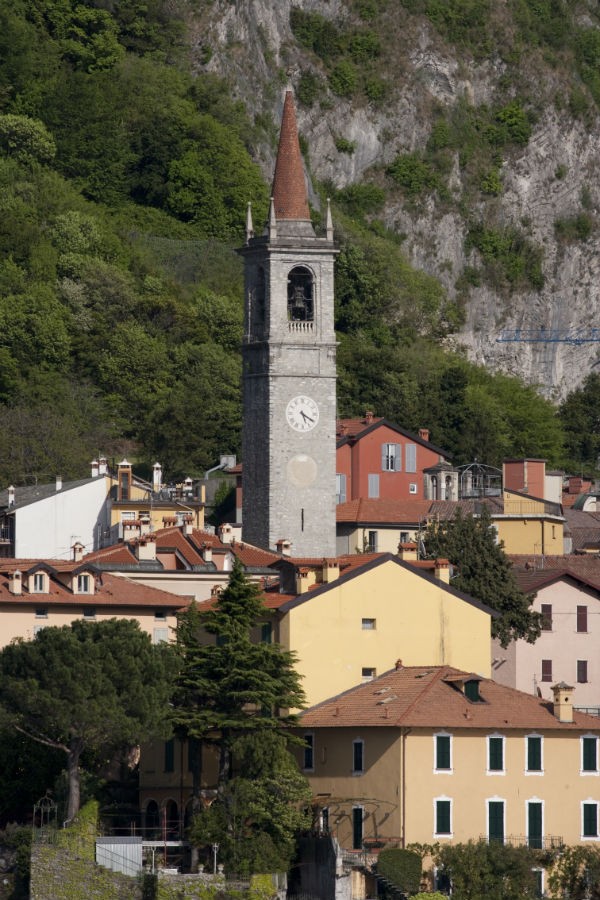 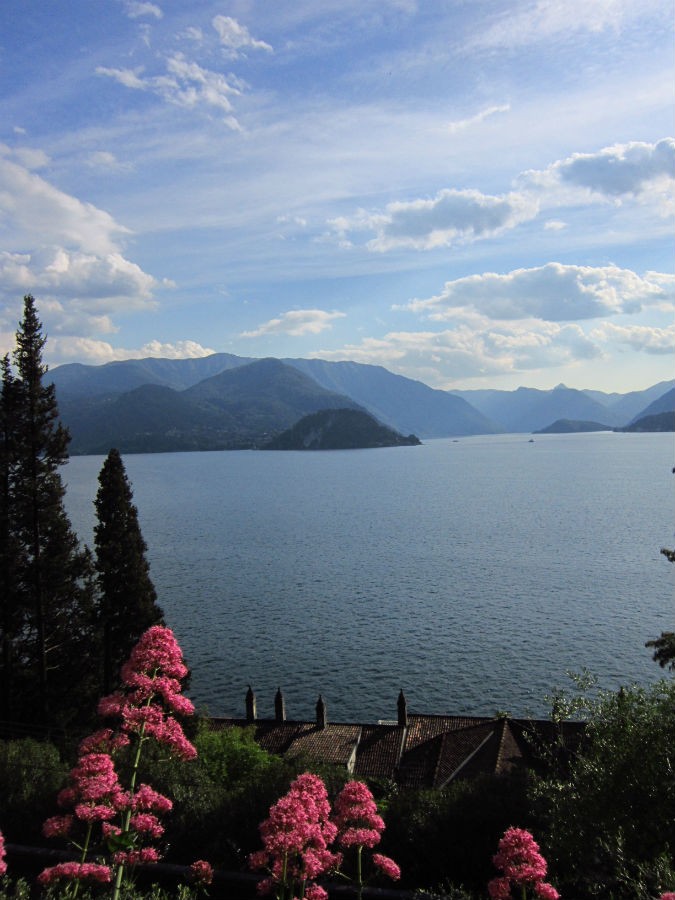 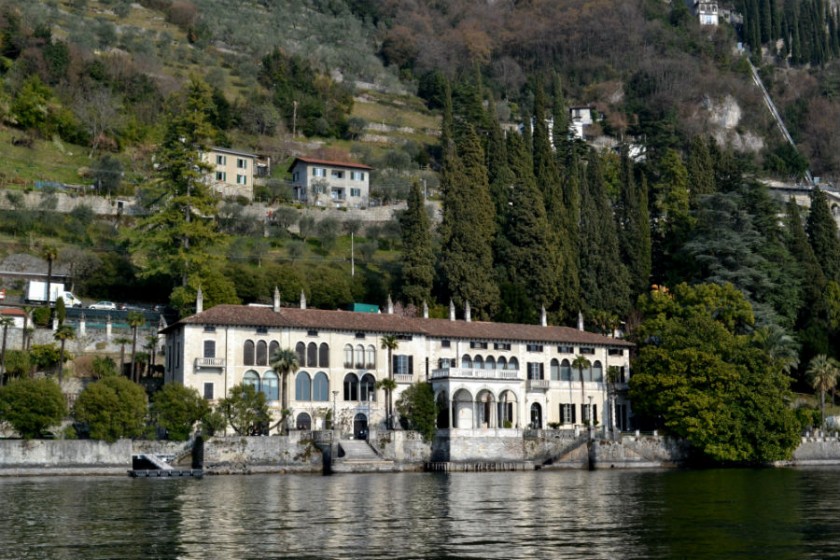 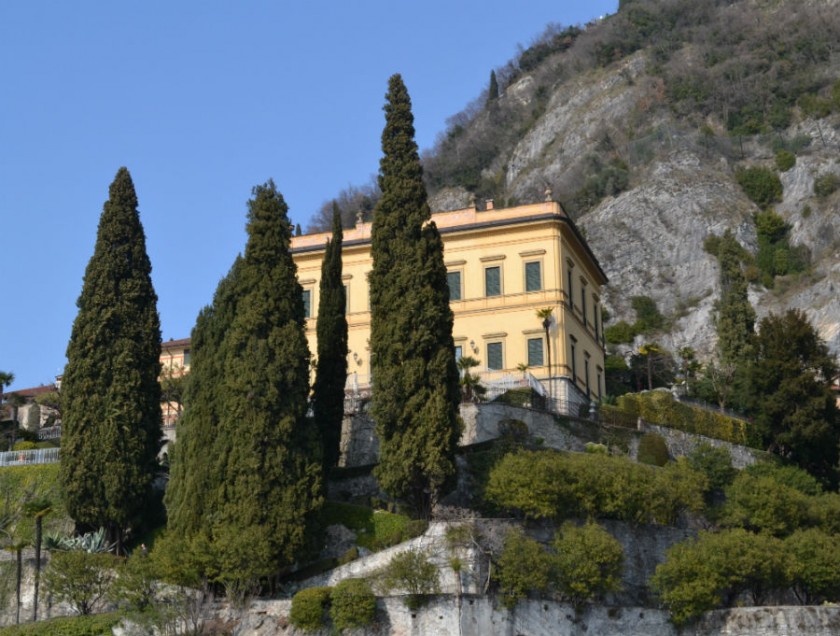 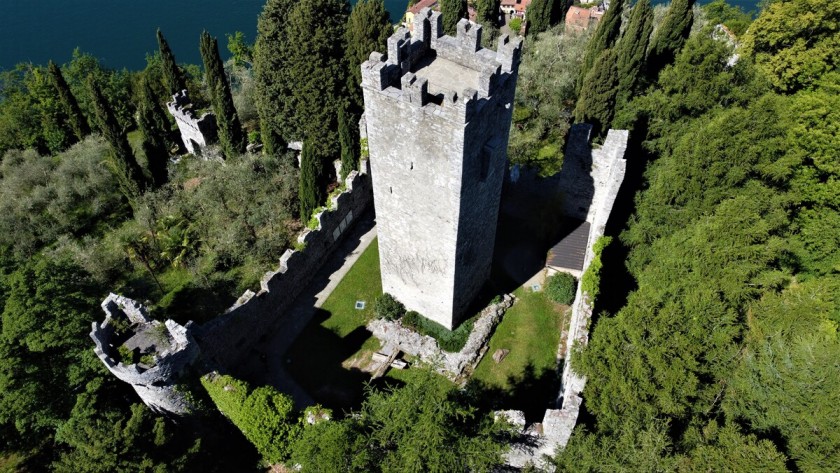 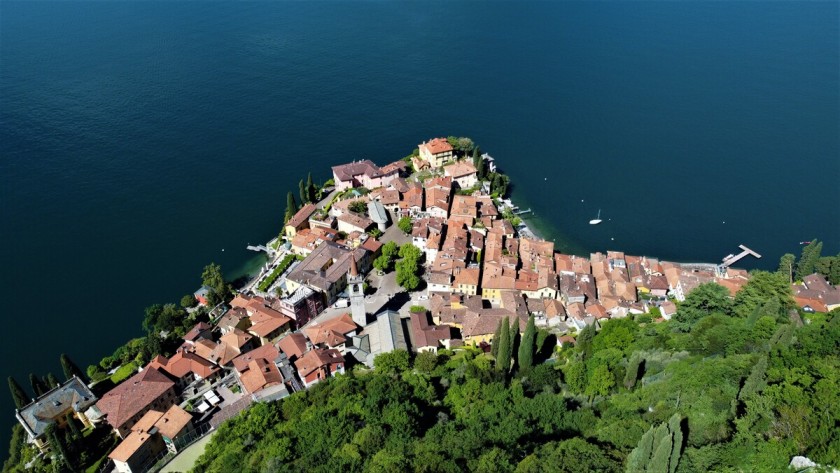 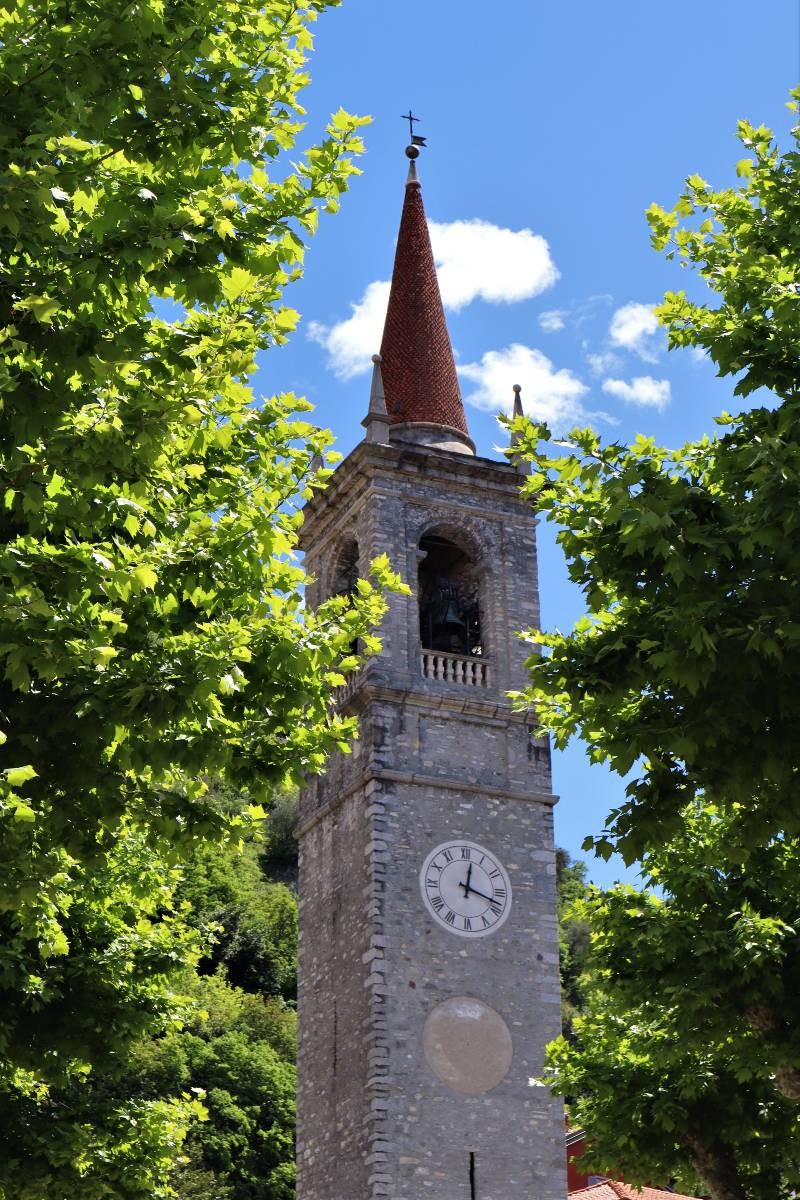 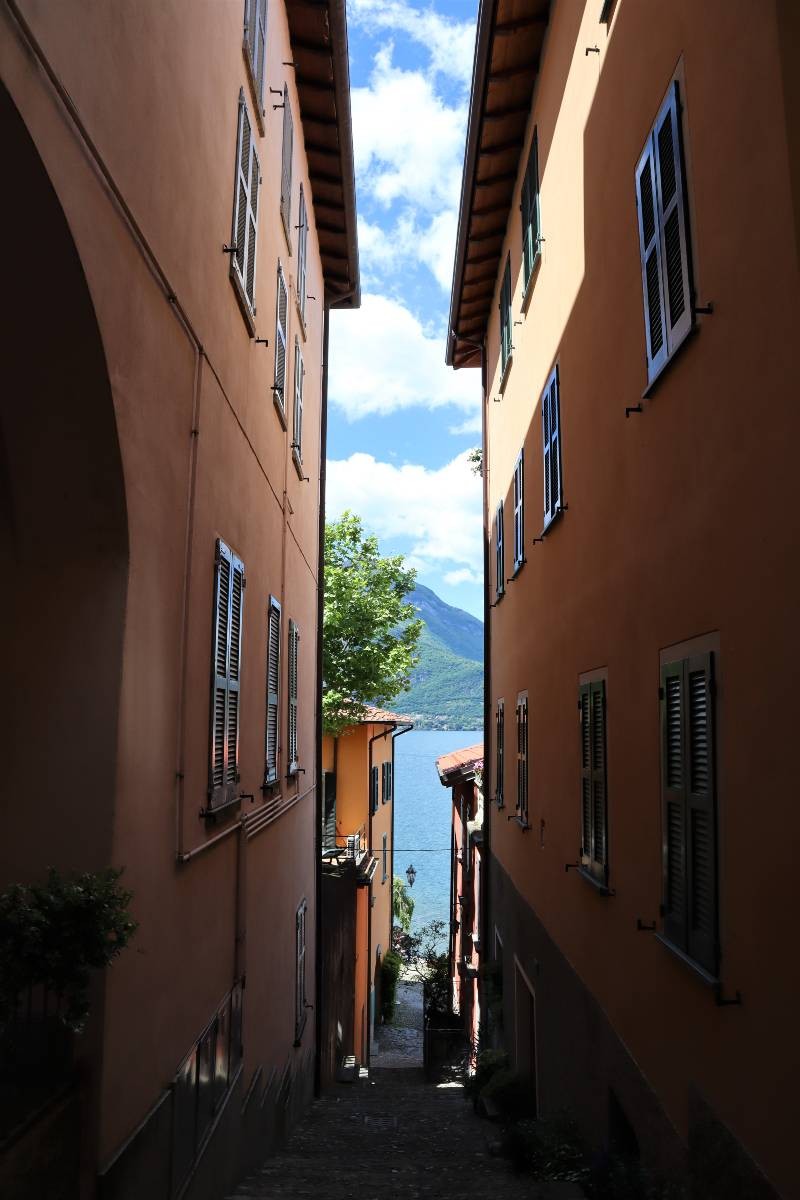 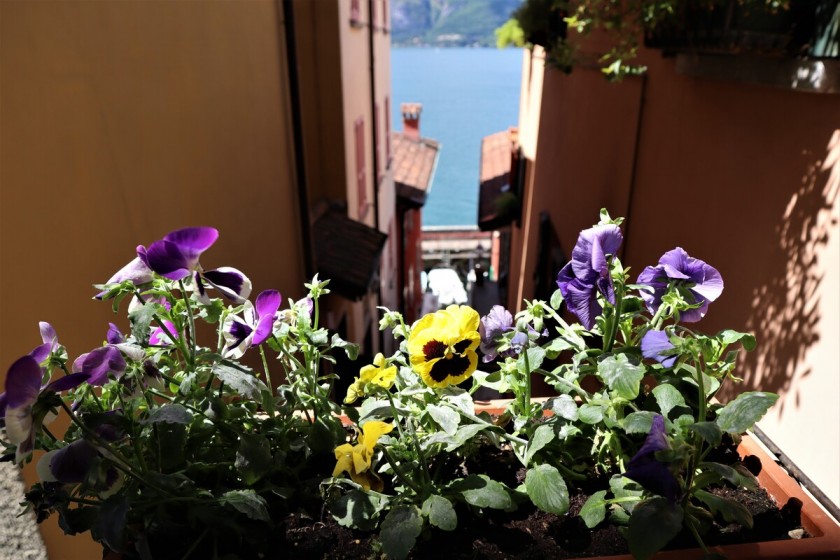 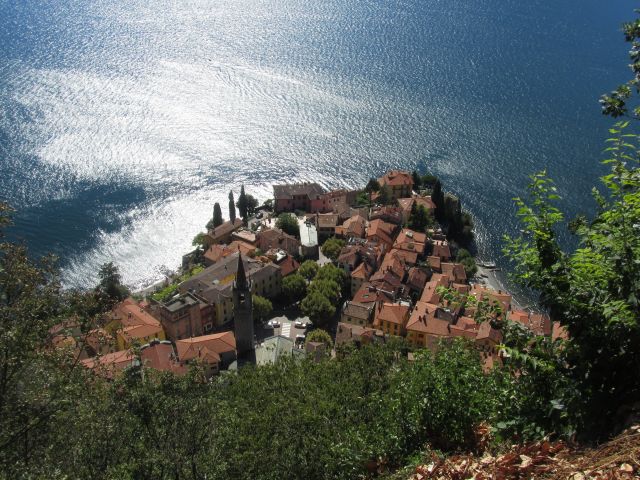 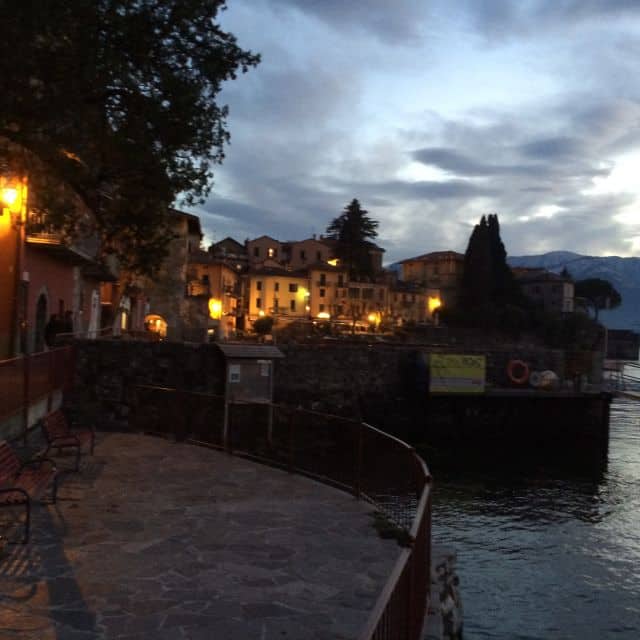 Situated on the eastern shore of Lake Como, Varenna is a picturesque village of very ancient origins. It was called "Insula Nova", appellative due to the landing of the inhabitants of the Isola Comacina. In 1169, the Comaschi, heartened by the fall of Milan, by Federico I° Barbarossa, landed on the Isola Comacina, destroying fortress, houses and churches, forcing the inhabitants to abandon it. The memory of this tragic event is renewed from year to year through the historical recalling that occurs with the symbolic fire of the Isola Comacina during the Festival of San Giovanni (of Tremezzina) and concludes with the landing of refugees in Varenna on the first saturday of July. The fugitives, on rowing boats and with their clothes bloody because, landing on the Riva Grande, greeted by religious and by the citizens of Varenna, that rifocillano them, them comfort and host them in the Community varennese. The reconstruction is followed by a firework display that immerses Varenna and lake in a game of lights and colors. The village, for its regularity and spaces divided into insulae, roman would be: the square was originally the seat of the hole, while the church of San Giorgio, a perfect example of Lombard architecture of the XIV century, would arise on the foundations of a Roman temple. Always in the square a brief visit to the church of San Giovanni, the most ancient of Varenna and one of the first to rise along the Lario that became Christian. Varenna offers its visitors a unique views and unforgettable moments. Strolling along the "walkway of Lovers" you can enjoy a breathtaking panorama directly on the lake and the village is full of cafes, restaurants and shops displaying the products of the Made in Italy. Relaxation is assured by walking along the terraced gardens and sloping down toward the lake Villa Cipressi, or crossing the almost 2 km of gardens that extend around Villa Monastero, in which it is possible to find, thanks to the mild climate of the lake, botanical species from all over the world. From March to October, moreover, do not miss the opportunity to admire a natural phenomenon is unique in its genre. To Fiumelatte, at about 1 km distance from Varenna in the direction of Lecco, slides in fact an intermittent stream between the shorter of Italy: the Fiumelatte, along 250 m., owes its name to the white sparkling waters. And for those who love walking, also accessible through the paved road, we recommend the climb through the two paths that, starting from the village, reach the Castle of Vezio. Panoramic point of ancient origins built on the mountain of Varenna, which today houses a training center of nocturnal and diurnal birds of prey. History and charm can be also discovered through the Geenway of the Patriarchs and the Sentiero del Viandante. Varenna, finally, hosting events for every age and every taste, from rock concerts to concerts of classical music, theaters, gastronomic walks and workshops for children.

Castle of Vezio
Situated in the heart of Lake Como,immersed in a century-old olive grove, the Castle of Vezio off...
Via al Castello, Località Vezio, Varenna
Fiumelatte
Fiumelatte is to be numbered among the shortest water-courses in Italy, developing only for 250 m...
Via Padre Luigi Mellera, 10, Località Fiumelatte, Varenna
Luigi Scanagatta Civic Ornithological museum
Thanks to its rich collection the museum helps to understand the importance of the environments w...
Via 4 Novembre, 4, Varenna
Villa Cipressi
Villa Cipressi is a complex of buildings and gardens, rich in history, built mainly between 1400 ...
Via 4 Novembre, 22, Varenna
Villa Monastero
Style and taste characterise this unique jewel that has been shining on the Lake Como for four ce...
Viale Giovanni Polvani, 4, Varenna
Villa Serbelloni - Rockefeller Foundation
Built in 1400 by Marchesino Stanga, in 1788 it passed to the Dukes Serbelloni who left intact the...

Via Lungolario Manzoni, Bellagio (Como)
4.19 Kilometers from Varenna
Nobiallo and the Antica Strada Regina
The village Nobiallo, 1 km north of Menaggio is crossed through by the ancient Roman road called ...

Via Giulio Vigoni 1, Loc. Loveno, Menaggio (Como)
4.62 Kilometers from Varenna
Villa Carlotta
Set in a breathtaking location on the shore of Lake Como, Villa Carlotta enchants tourists with i...

Travel proposals in Varenna and in its territory

Our news about Varenna

The 5 most beautiful villages of Lake Como
watch our exclusive video on the villages of Lake Como The Como Lake is located in Lombardy and is the third largest lake in Italy. It is known for its unusual form of inverted "Y" and became famous thanks to I promessi sposi by Alessandro Manzoni, the most famous and most read historical novel among those written in Italian, which has the power to project the reader into a fantastic scenery, as recalled by this famous incipit: "That branch o...
Continue
Video: discovering Lake Como, a journey through the 4 villages of the center of Lake Como
What to see on Lake Como? The villages of Varenna, Bellagio, Tremezzina and Menaggio are 4 jewels to be discovered among lakeside walks, villas, gardens and fascinating historic centers. They are the villages of the tourist district of central Lake Como, loved all over the world for the beauty of their places, as well as for their traditional hospitality, gastronomy, local products and shopping. For a trip out of town or a real holiday dedicat...
Continue
Video: a fantastic journey through the most beautiful villages of Lake Como
“A dive where the water is bluer ", a la Lucio Battisti. Where Lake Como draws choreographies traced by the union of its two branches, at the point where, in the center of the lake, the mountains plunge into the waters and the Lario reaches its maximum depth, 410 meters. A record for the Italian lakes, a harbinger of Guinness emotions, protagonists of the special "Larian villages, at the center of amazement": pieces of an author's mosa...
Continue
Landscapes, views and paths through the villages of love
The Cinque Terre are an imaginary heritage of the soul, and for those who love a sensory journey with romantic notes, the Ligurian coast and the villages of Lucignano and Varenna are rich in landscapes, views and paths capable of satisfying the 5 senses and the emotion that synthesizes a unique experience: love.The eastern coast of the Cinque Terre is steeped in the scents of its cuisine of land and sea, which have made it a UNESCO World Herit...
Continue
Rezzonico, the medieval pearl of Lake Como
Ideal for a quiet spring excursion, far from the chaos of mass tourism, Rezzonico is one of the perhaps less known villages of Lake Como and, for this reason, among the most intimate and welcoming. Located on the western shore of the famous Manzonian branch, 13 kilometers north of Menaggio and opposite Varenna (on the Lecco side), Rezzonico is protected behind the Swiss Alps, which frame an enchanted landscape. Stony beach little frequent...
Continue
A weekend on the Lake Como among the villages of Menaggio, Bellagio and Varenna
On a boat between the villages of Menaggio, Bellagio and Varenna, heart of Lake Como, a paradise really close to the Lombard capital, territory of enchanting villas, elegant small shops, parks and gardens. Leaving the north suburbs of Milan you can quickly reach Como, capital of one of the most beautiful and appreciated lake basins in the world. After exiting the highway, you have to cross the city until you reach the banks of the lake. It ...
Continue
Italian villages in the movies, when cinema is shot in the villages - Episode 2
We continue our journey to discover the villages that served as the scenography for big (and small) masterpieces of both national and international filmmaking. The Italian villages offer suggestive locations that have been the background of several adventures, the only limit is the imagination and creativity of directors, screenwriters and writers, who masterfully bring Italian beauty to the big screen. After the success of the
Continue
Wiki Loves Monuments 2020 rewards Puglia but also the villages
Wiki Loves Monuments is the photographic competition organized by Wikimedia, an association for the dissemination of free knowledge, wh...
Continue