Share
Galatina is the center of Salento. Its charm lies in history, told by its streets, its buildings and its churches, even before that which can be discovered in books. Entering its historic center means letting yourself be amazed by a past that still today gives off incredible suggestions. Galatina invites every day with a different scent to fall in love with its cuisine, its typical products and its craftsmanship. A casket of magic to open and admire, living every inch of it. 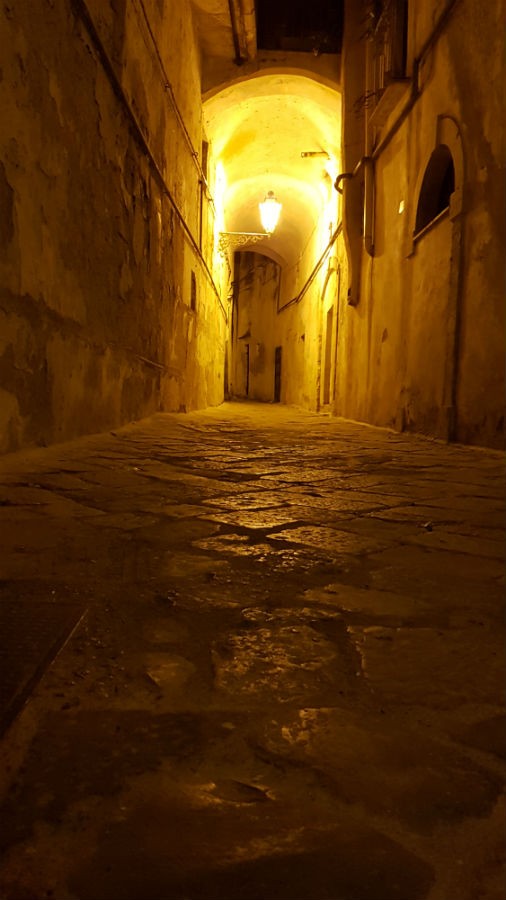 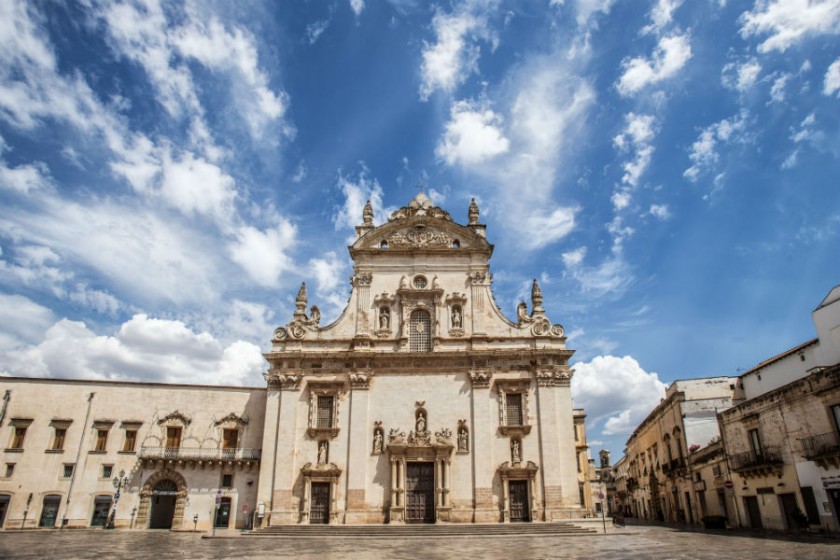 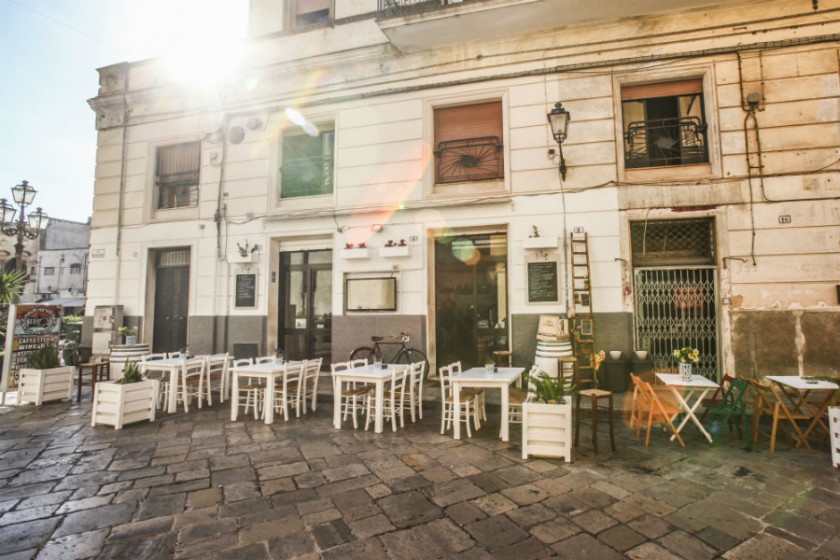 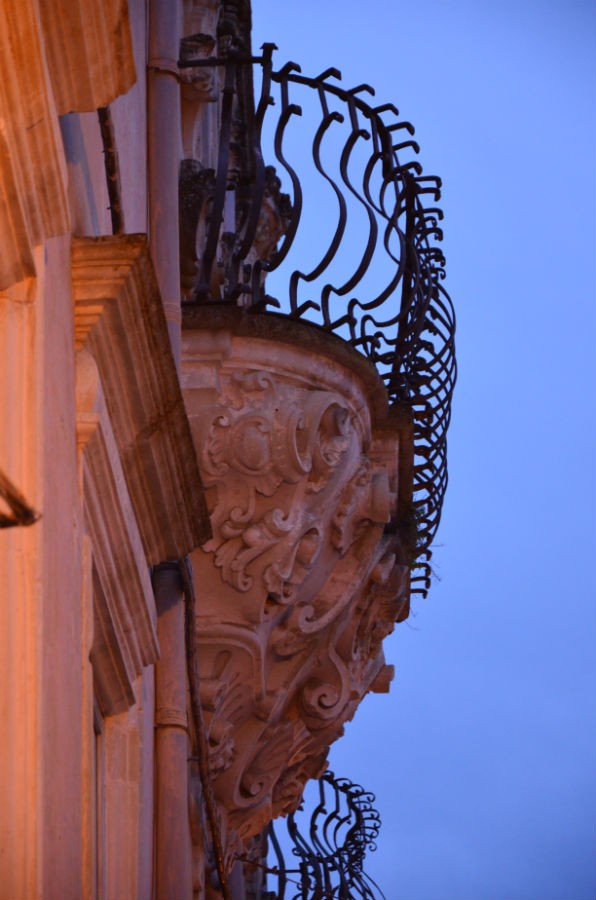 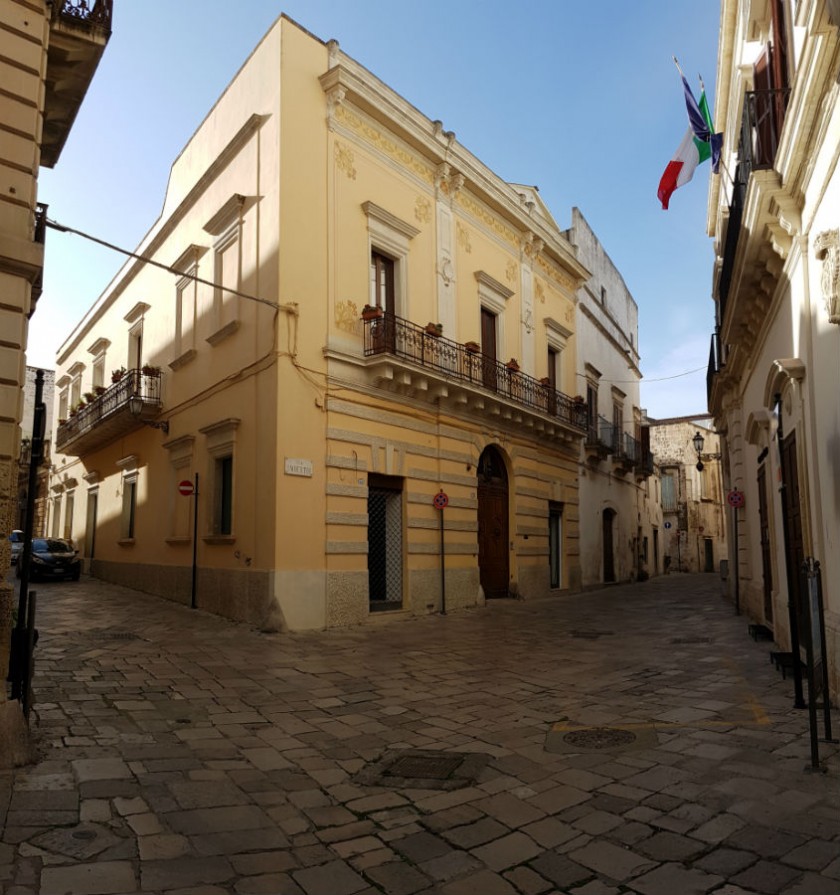 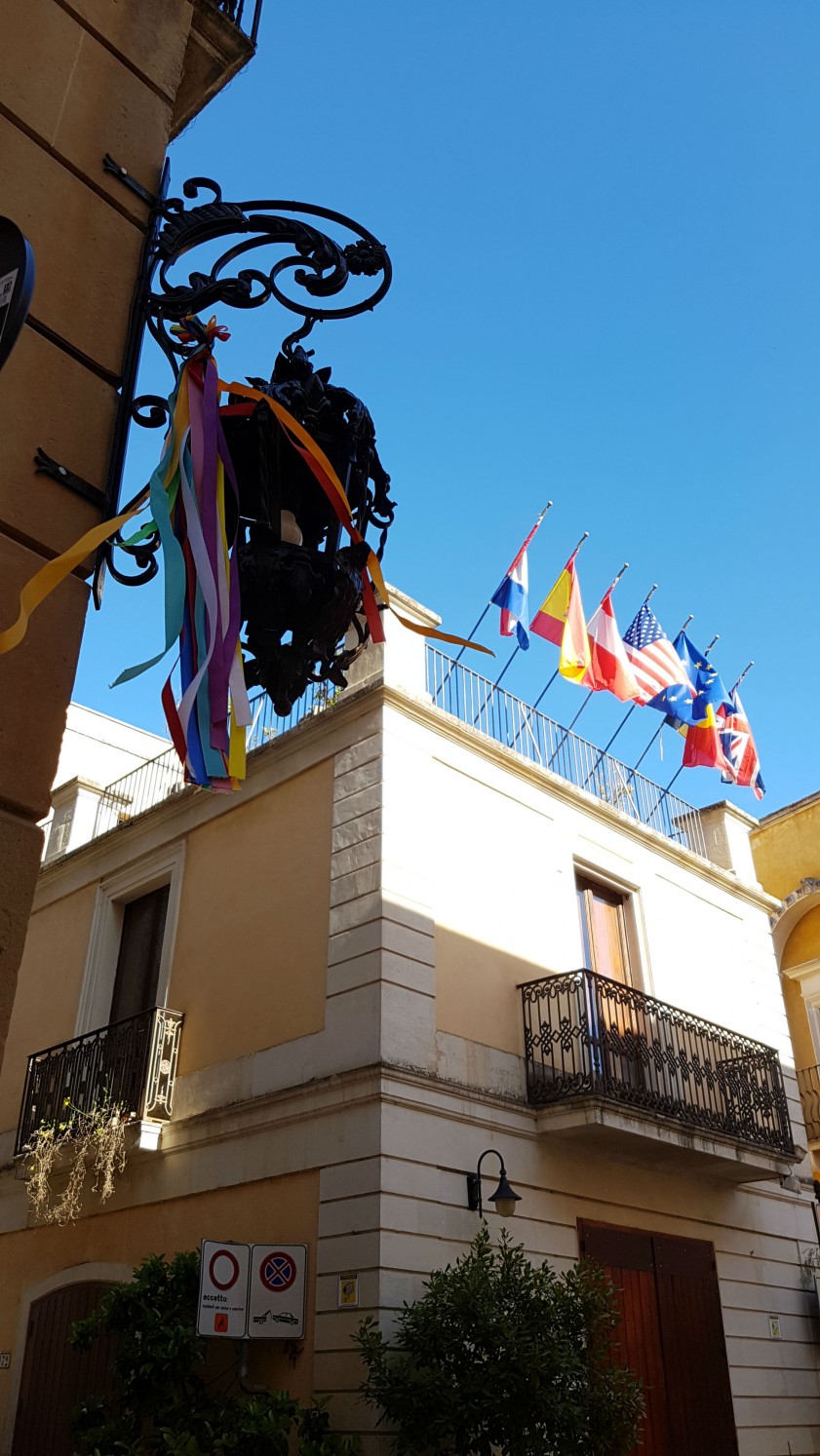 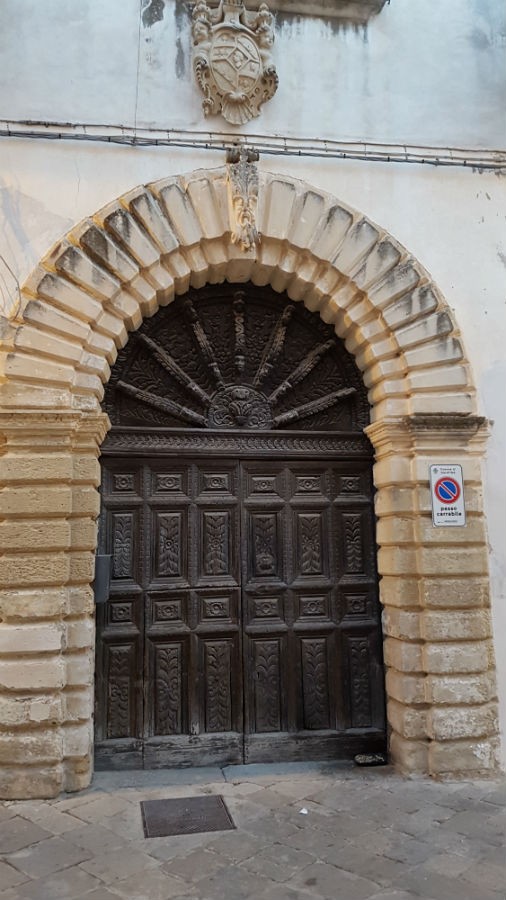 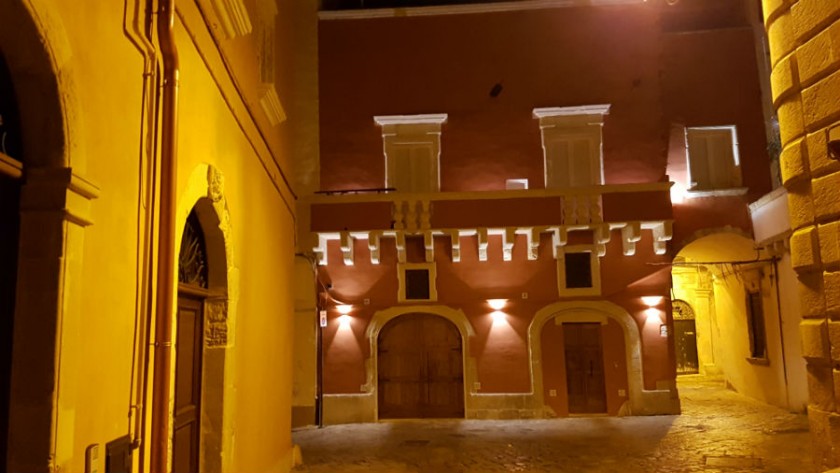 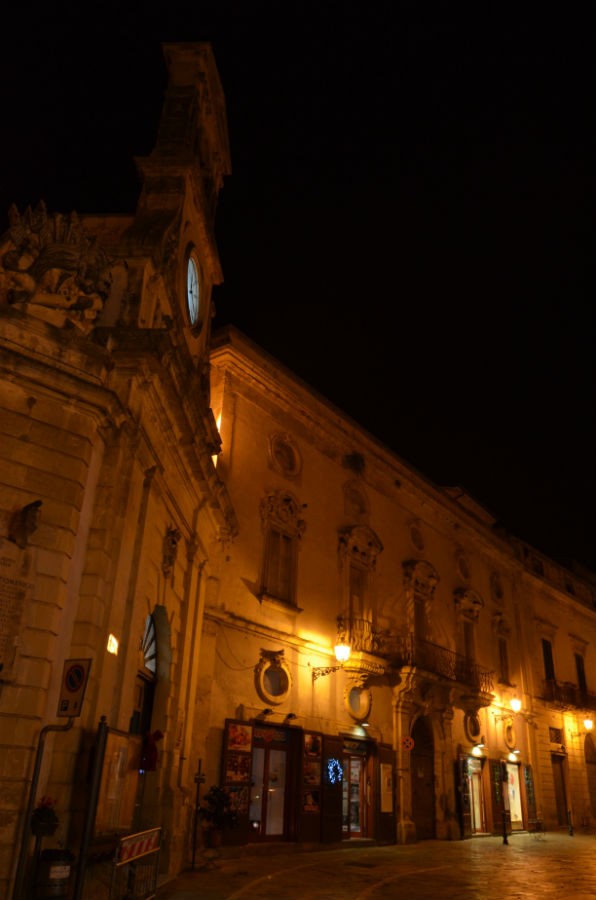 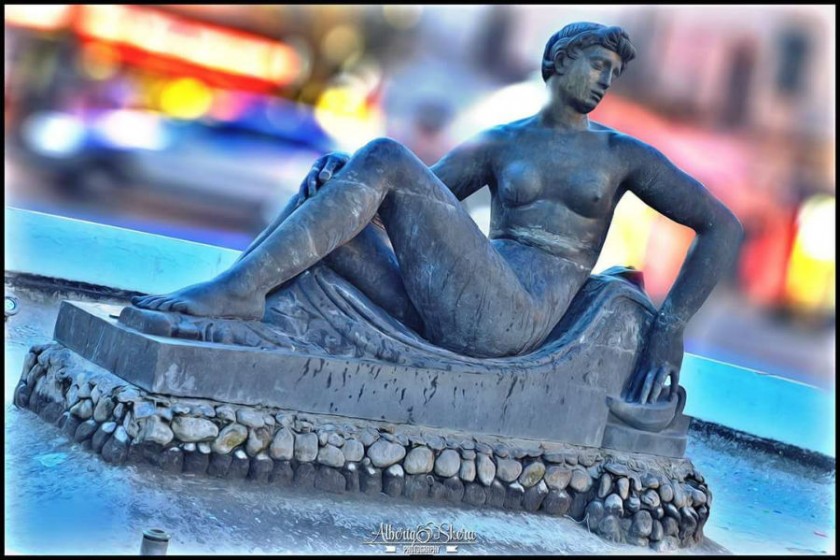 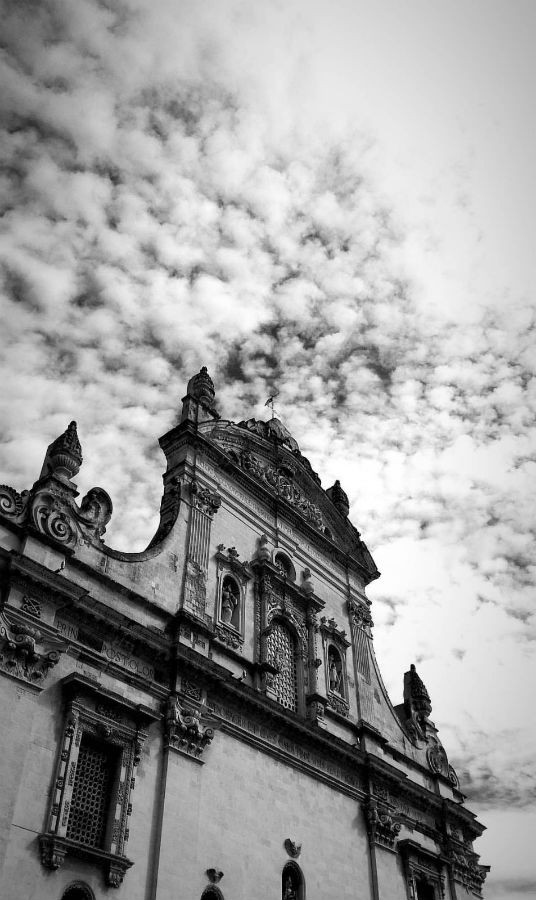 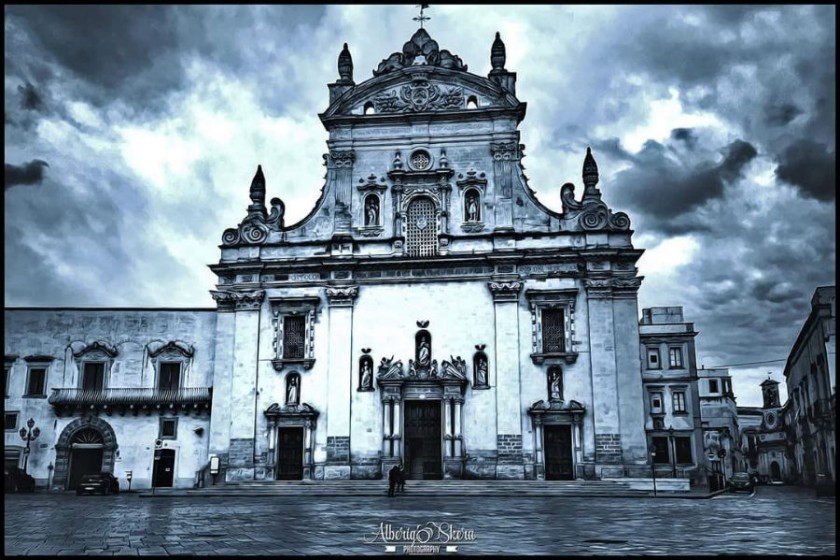 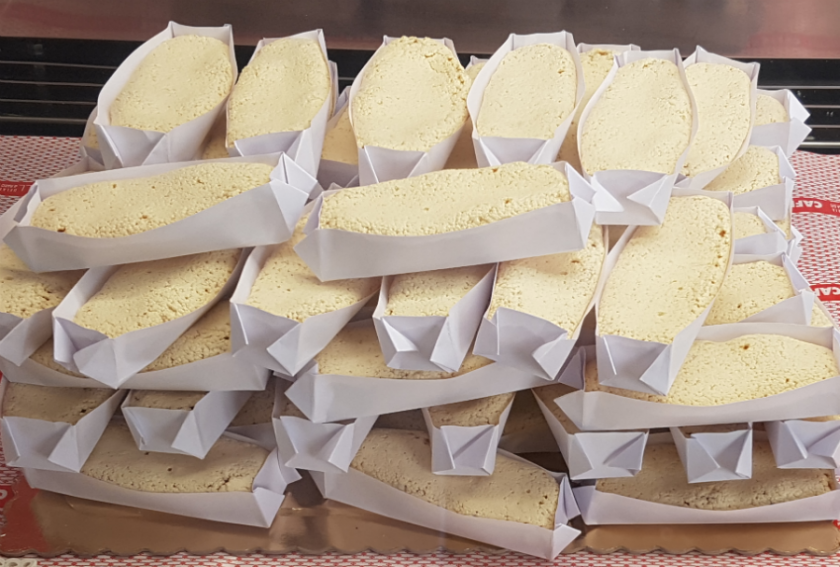 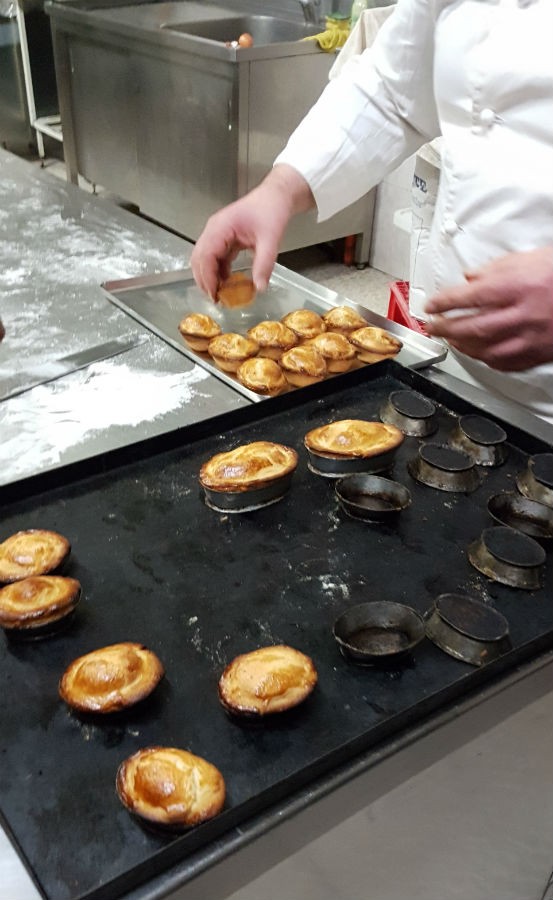 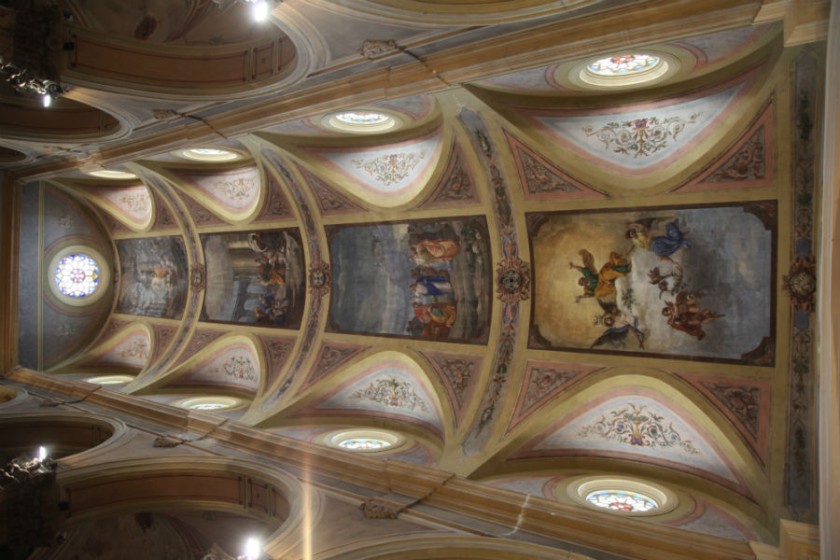 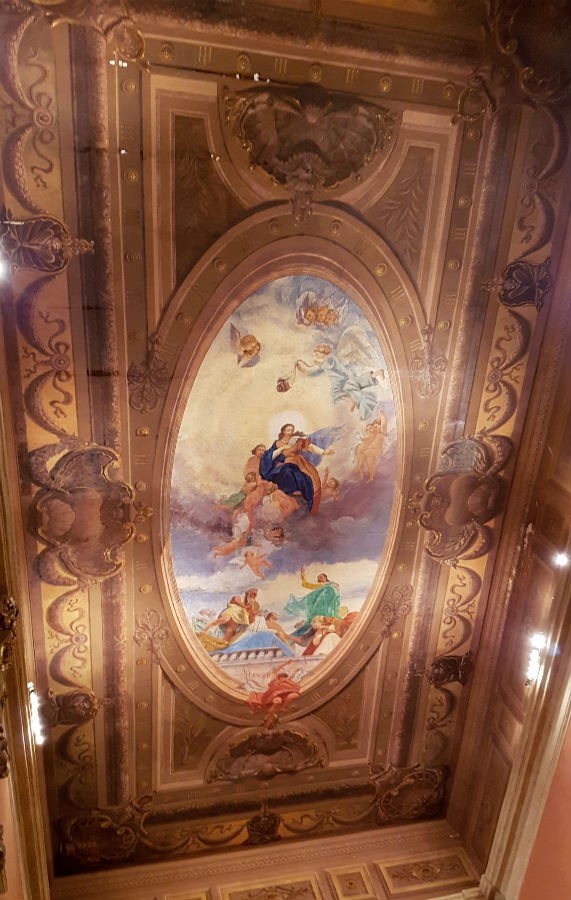 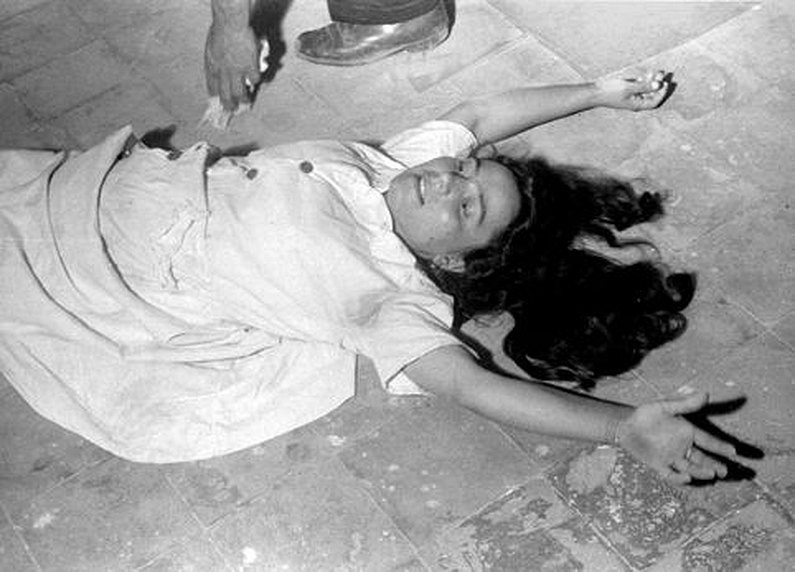 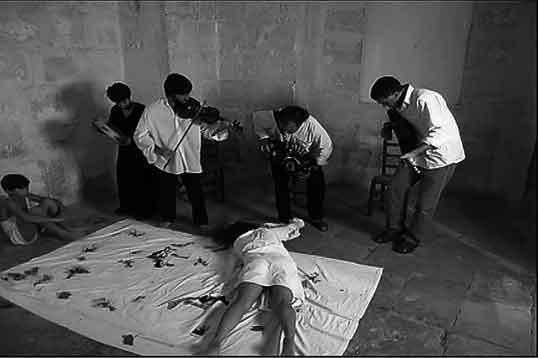 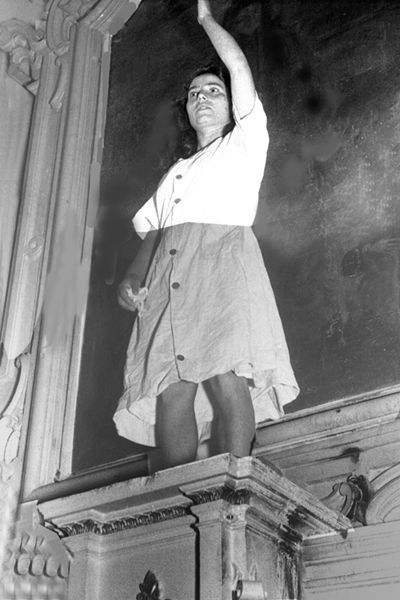 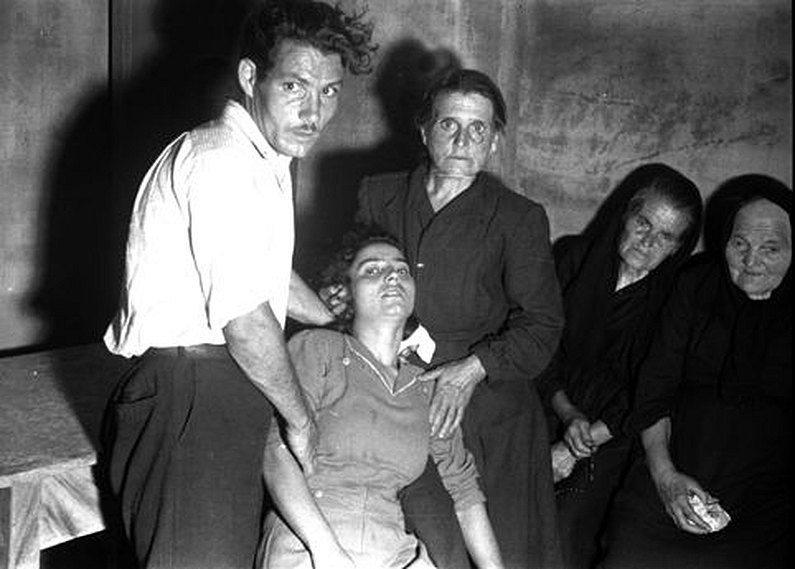 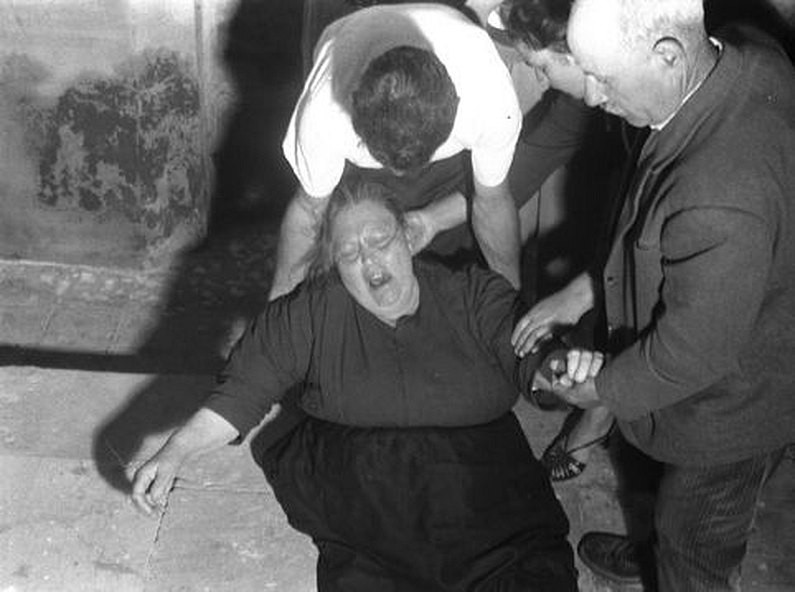 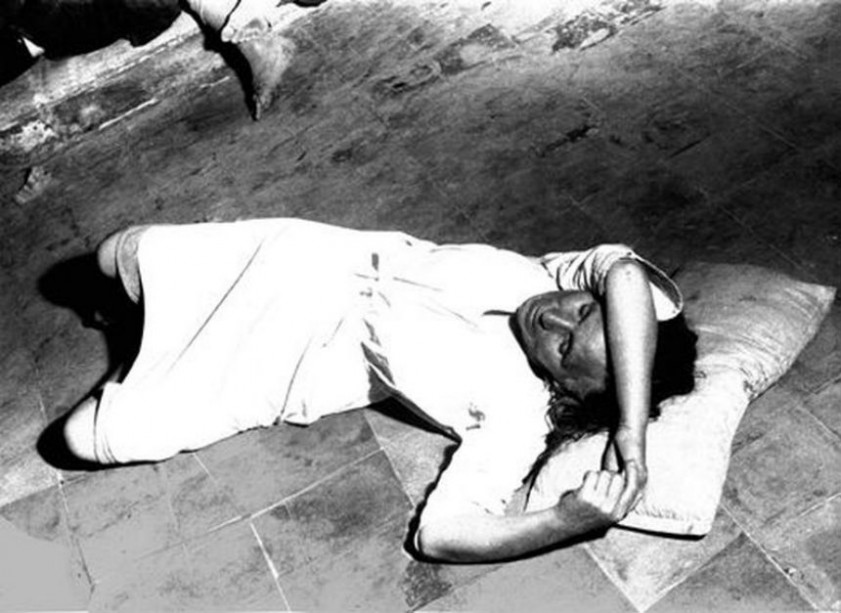 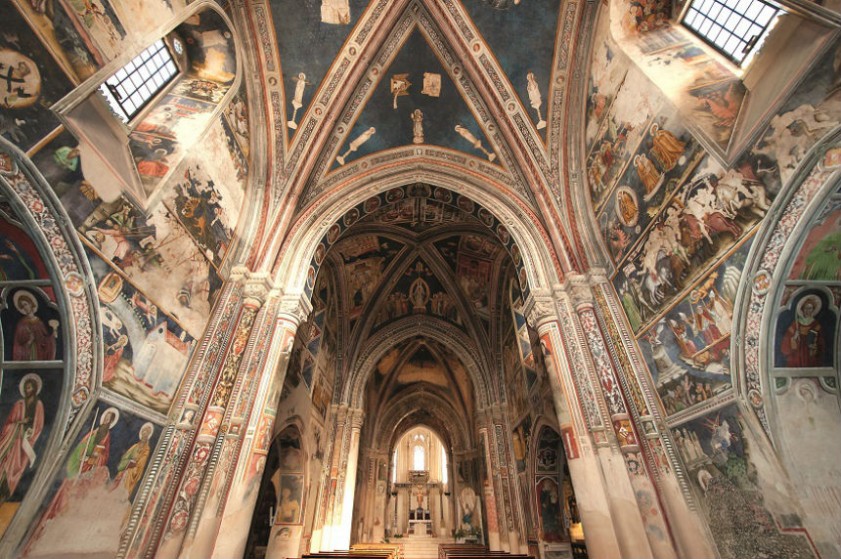 A look at Galatina

The first historical document that speaks of Galatina dates back to 1178, where it is referred to as "casale Sancti Petri in Galatina". The tradition has it that the Apostle Saint Peter stopped in this place in his journey from Antioch to Rome. Only after the Unity of Italy, in 1861, the village resumed its original name. In the middle ages it was part of the county of Soleto with Ugo and Raimondo del Balzo. From these passed to his nephew Nicolò Orsini and then to his second son Raimondello. This magnificent prince vi had built in 1391 the church of Santa Caterina d'Alessandria as ex vote to be returned victorious from the Holy Land with a relic of the saint.

It was since then fixed the weekly market to Thursday, and the great Fair of cattle of Santa Caterina to fall by 25 November of each year. Both were held in Largo Fontana, today piazza Dante Alighieri, attracting visitors and cattle traders from every part of the South. Here the strangers, in nights prior to the market, could rest and quench their animals, qualify for essential services including the fountain: a large well of spring water dug in the center of the space. Death of Prince Giovanni Antonio Orsini del Balzo the city was thus enlarged to be elevated to the duchy in 1485 when it was given by the king of Naples Ferrante of Aragon to Castriota John II (in Albanian Gjon Kastrioti), son of Giorgio Castriota, said Scanderbeg, for services rendered in the battle of Otranto (1480-1481), in the war of Ferrara (1482-1484) against the Republic of Venice and in the recovery of Gallipoli in June of 1484, bloodily conquered by the Serenissima Republic.

Under the Castriota you had a cultural flowering and in addition to the birth of a court, saw the birth even the "canzoniere" of Vernaleone, whose son was a friend of Tommaso Campanella, the mystical Peter "Galatino", philosophers Zimara Marcantonio, Francesco Cavoti, sculptors Nicola Ferrando and several beard and the mysterious painter Lavinium Zappa. Date back to this period the existing doors and walls in Galatina. Of the original five doors of the city you can still admire today only Porta Nuova (north), Porta Luce (west) and Porta Cappuccini (east), nothing has remained, instead, the Porta di Santa Caterina (south) and of that which was at the mouth of piazza Dante Alighieri (Porta della Piazza).

The journey through the streets of the extraordinary urban structure of the ancient center of Galatina, erected to title of city in 1793, winds, slow, in alternating unfolding of the aristocratic residences, and urban spaces of the courts, a usable examples of urban organization and social. Both the renaissance palaces, rich in stone decorations, exuberant and plastics, that the courts make the light an element of narration, inviting the visitor to stop and look around before proceeding toward other sights and places.

The bread can be tasted in different variants: excellent pucce, with black olives or without, the friselle and, moreover, the homemade pasta. Excellent to enjoy are also the wild vegetables, the municeddhre (snails), the horse meat to pignata (cooked in the traditional terracotta), the fell fell (hot hot: loaves with a filling of wheat beaten and pizzaiola, or prosciutto and mozzarella).

The traditional sweets galatinesi are the pasticciotto (shortcrust pastry with inside a delicious custard) and Africans (biscuits made with egg yolk and sugar), while the sweet "delle feste" are the carteddhrate and porceddhruzzi (Christmas) and the cuddhrure (Easter).

Easter sweets typical are all those based on almond paste. True works of art some reproductions of fruit (classically i fichi d'India with or without the green leaf) or the paschal lamb with the red flag of the Resurrection.

The wines of this land are easily available and are represented by: Negroamaro, Primitivo, Malvasia, Fiano and Chardonnay.

The tarantism or tarantolism is a cultural syndrome of a hysterical type found in the south of Italy, that in the popular tradition is connected to a disease that was thought to be caused by the bite of spiders (The term derives from tarantula, the common name of Lycosa Tarantula, a spider widespread in Mediterranean areas) or sometimes attributed to other animals commonly considered poisonous as snakes or scorpions. The term tarantism properly indicates the disease itself, that however, as only present in that cultural context, was considered a form of hysteria, or a term indicating events idiopathic of unknown nature. By extension, with the word tarantism there also refers to the cultural phenomenon therapeutic and that constitutes the context, brought to light by in-depth studies on the part of the cultural anthropologist Ernesto De Martino in the fifties of the twentieth century.

The tarantism, which manifested itself especially in the summer months (the period of wheat harvest in Puglia), was composed of symptoms of general malaise, which member of the prostration, depression, melancholia, Neuropsychological frameworks as catatonia or delusions, abdominal pain, muscle or fatigue, and the majority of the subjects who denounced the symptoms were women.

The framework could include psychiatric symptomatologies, as emotional disorders and offuscamenti state of consciousness, and could include elements which in the past have been associated with the concepts of epilepsy and hysteria. The "care" in the traditional is a therapy of musical kinds coreutico, during which the subject is brought to a state of trance during sessions of the frenetic dance, giving rise to a phenomenon that has been defined as a "musical exorcism".

The tradition of tarantism is somehow survived up to our days with the mass-exorcism of 29 June in the church of San Paolo in Galatina.

Via Ferrovia, 1, Corigliano d\'Otranto (Lecce)
7.64 Kilometers from Galatina
Padula Mancina
The "Padula Mancina" is an environment acquitrinoso situated to the west of the territory of Mont...

Via Papa Costantino I, Otranto (Lecce)
27.62 Kilometers from Galatina
= distances as the crow flies

Find where to sleep in Galatina

S.P. 277, Via Giurdignano, Otranto (Lecce)
24.82 Kilometers from Galatina
Hotel Salento
Hotel Salento and Noviera restaurant are located in the village of Specchia, the heart of the Sal...

Strada Provinciale per Miggiano, km 1, n. 53, Specchia (Lecce)
27.27 Kilometers from Galatina
Masseria Uccio
Entirely made with stones and tuffs of the place is a testimony of the ancient peasant civilizati...

Via Madonna di Fatima - 73039, Tricase (Lecce)
32.42 Kilometers from Galatina
B&B Centro Storico
The Bed & Breakfast Centro Storico rises in the heart of Otranto, on the ground floor of the anci...

Feast of Sant'Antonio of Padova

Pepper and eggplant Fair in Collemento

Our news about Galatina

Galatina, the Salento village that tastes of music linked to the singers Alessandra Amoroso, Dolcenera and Emma Marrone.
Located twenty kilometers south of Lecce, Galatina is an important center of Salento that has its roots between the ninth and tenth centuries. The Byzantines first and the Normans then influenced its first historical phase. It is then under the rule of Raimondo Orsini Del Balzo, in the mid-fourteenth century, the village lives a phase of splendor that sees it become one of the major cultural centers of the area. In the eighteenth century Gal...
Continue
Recipe: Potato pitta
A typical dish of Salento cuisine suitable for a dinner or an appetizer, to be enjoyed both hot and cold. The pizzaiola potato pitta consists of a kind of rustic two-layer focaccia baked in the oven based on potatoes, cheese, breadcrumbs and eggs and with a filling of fried onion, tomato sauce, black olives and capers.Let's see how to prepare it. Ingredients 1 kg of yellow-fleshed potatoes1 large egg200 gr of grated pecorino / parmiggianoo...
Continue
Recipe: Pasticciotto Leccese
The Pasticciotto Leccese has a long history behind it. Born as a simple makeshift dessert, obtained from what the fantasy suggested, back in 1475, to the Galtina pastry chef, Nicola Ascalone. It is said that on the occasion of the celebrations in honor of St. Paul, the Patron Saint of Galatina, Ascalone did not know what sweet to do for the many pilgrims who came for the party. Finding pastry leftovers with shortcrust pastry and simple custard, he had the idea of covering oval-shaped molds with pastry, pour in some cream ...
Continue