Share
Located in a predominantly rural area of the lower Salento, the village has always been characterized by the presence on its territory of artisan workshops. The inhabited center is surrounded by a landscape of great beauty and very rich in terms of flora and fauna. Still today in its center there are eight Palmenti, tanks in which the grapes attached to the tanks where the must was collected, purchased by the Municipality and restored to bring the ancient lotus aspect to light. 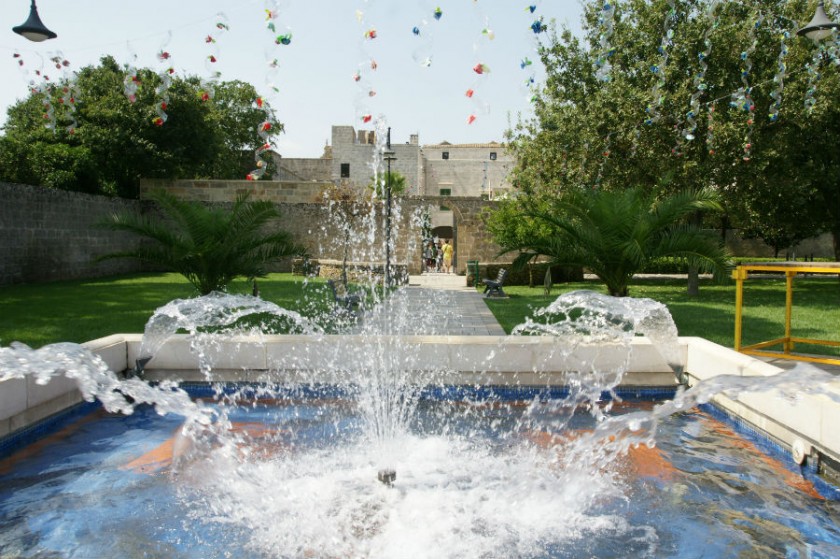 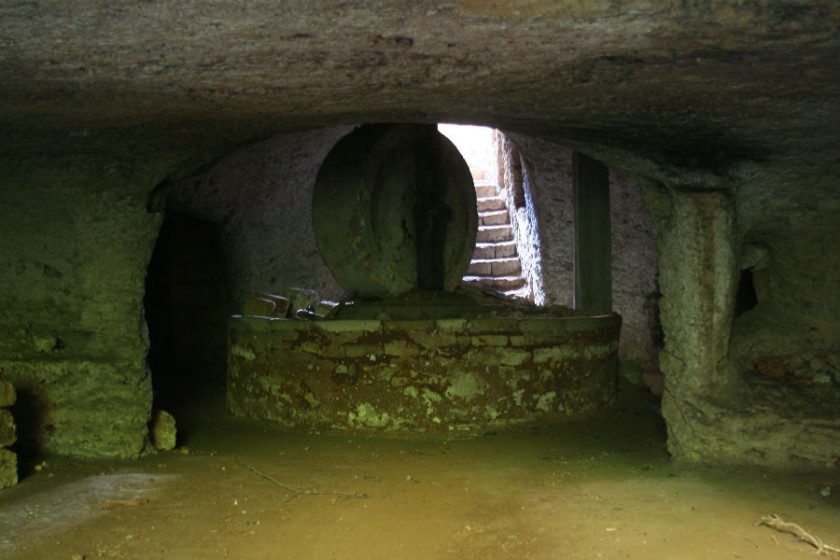 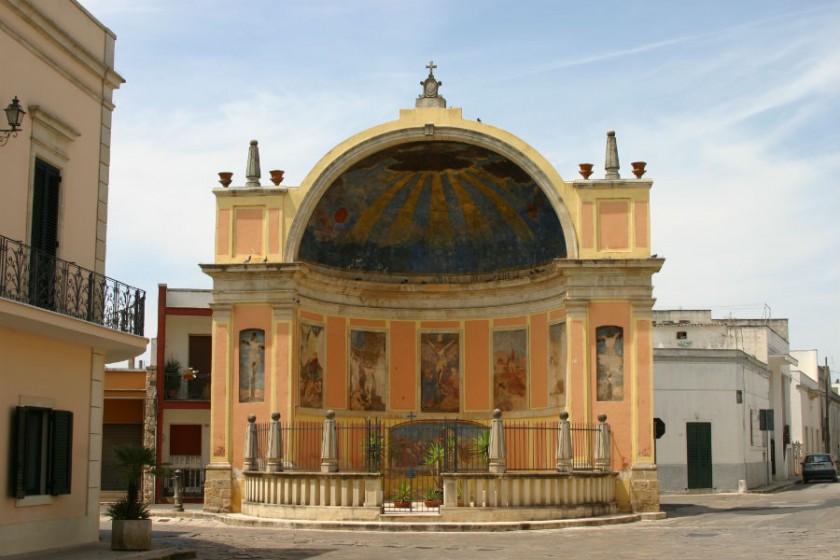 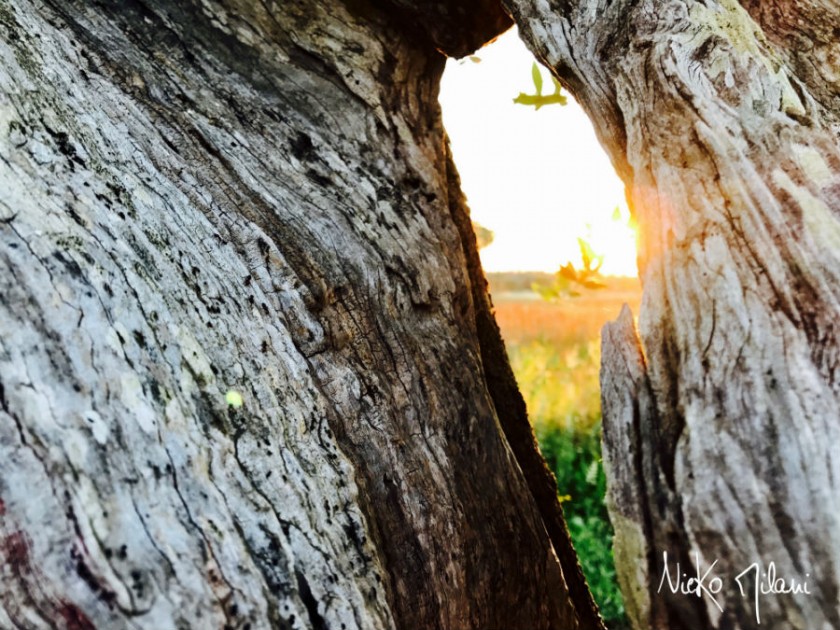 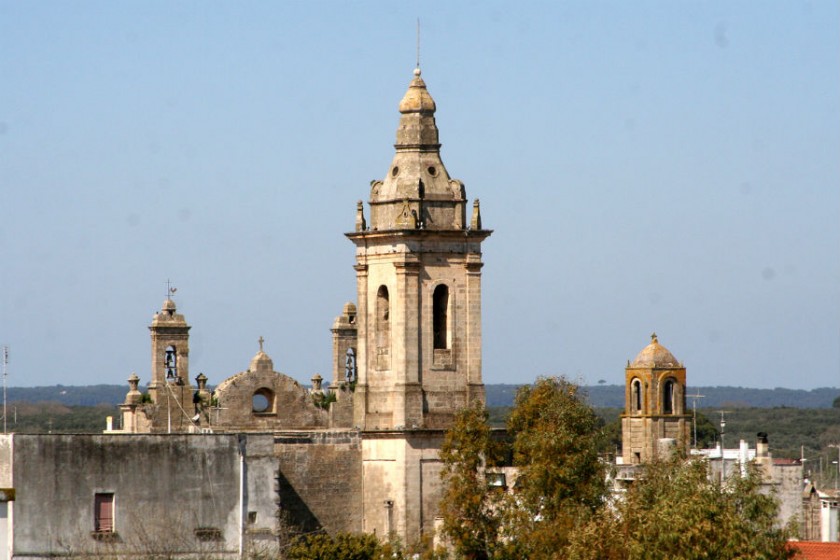 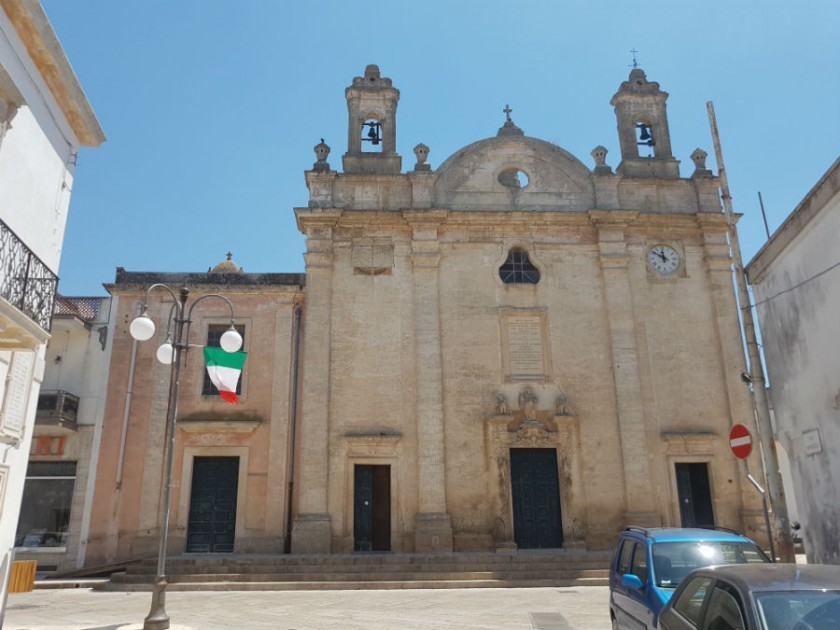 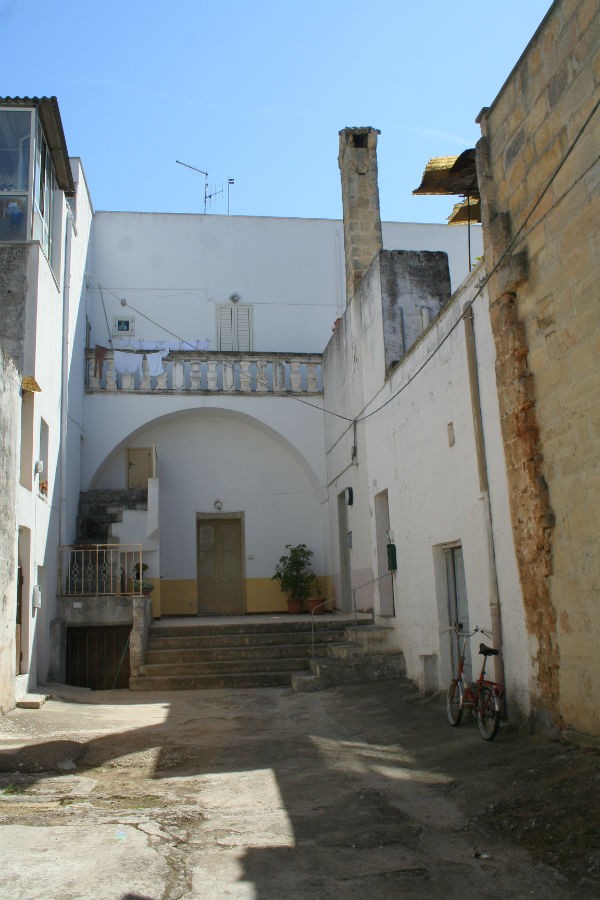 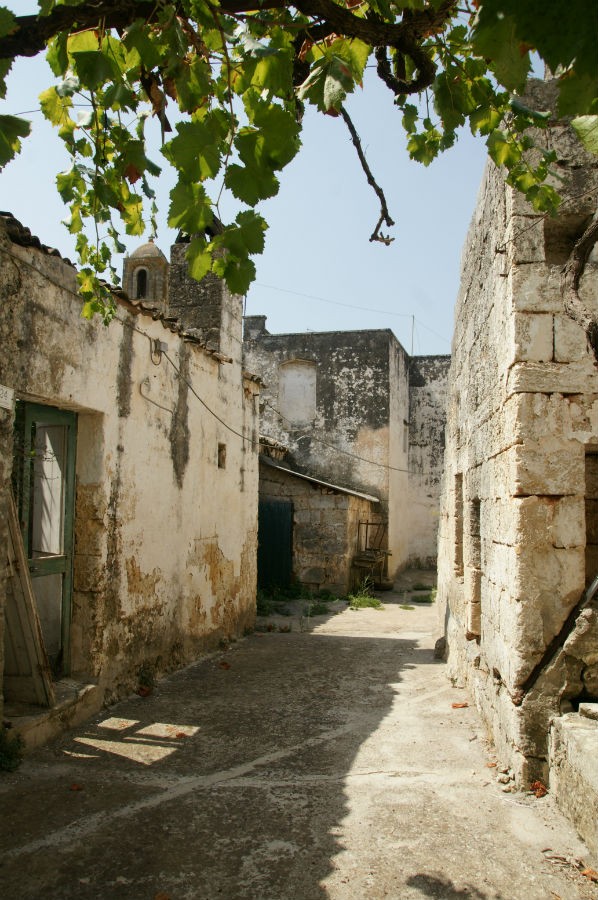 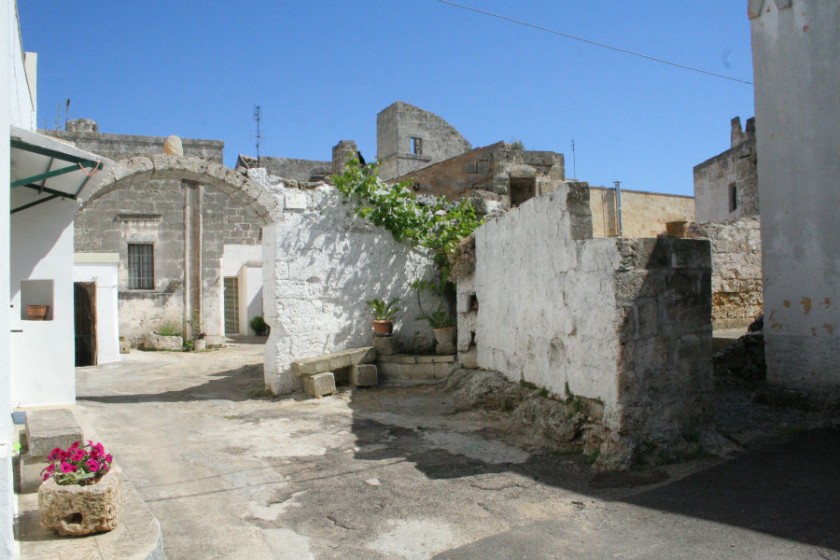 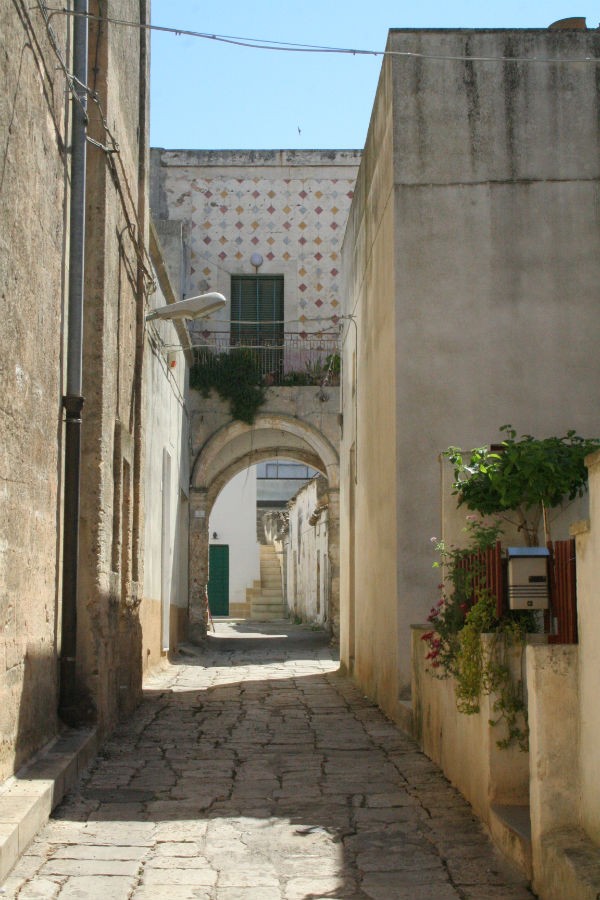 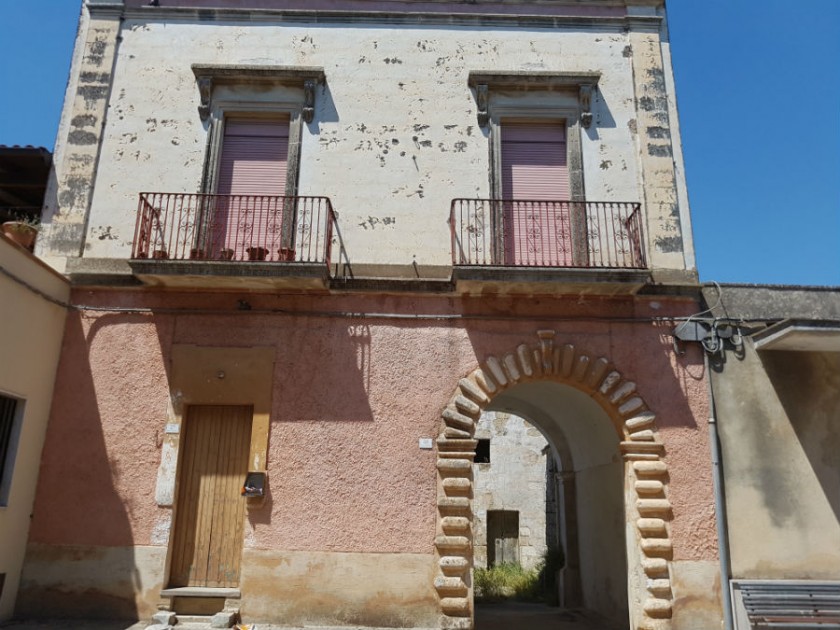 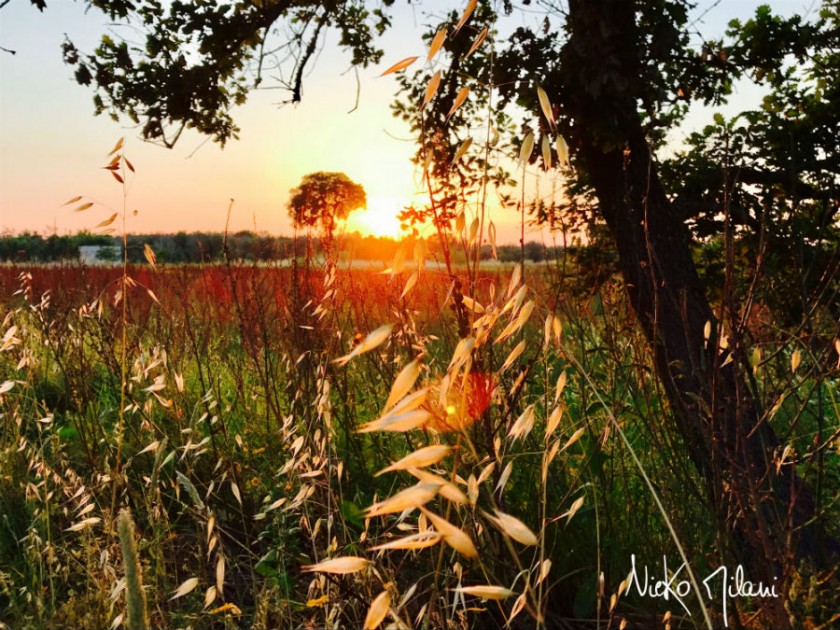 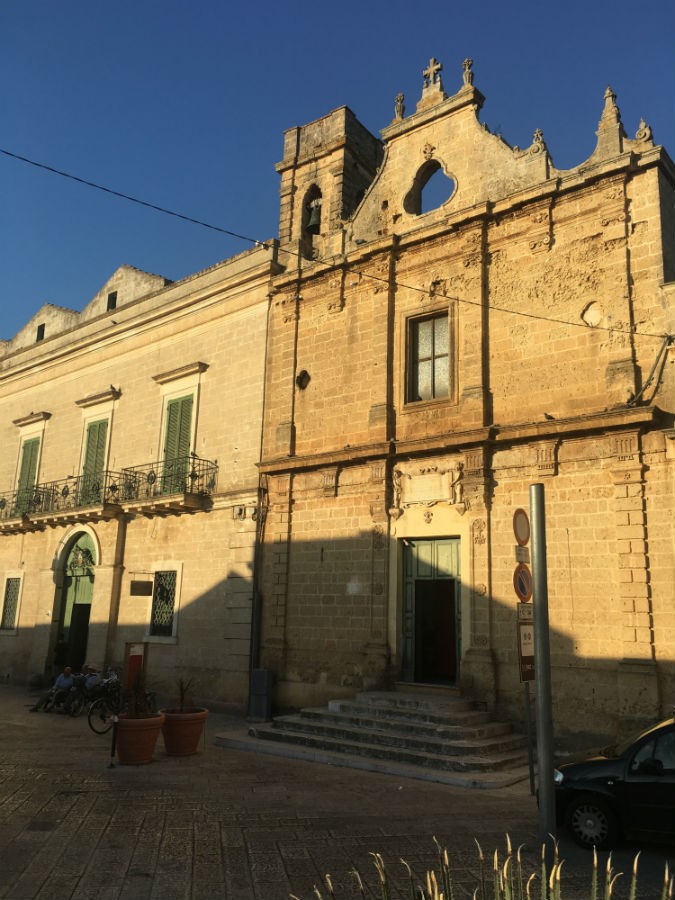 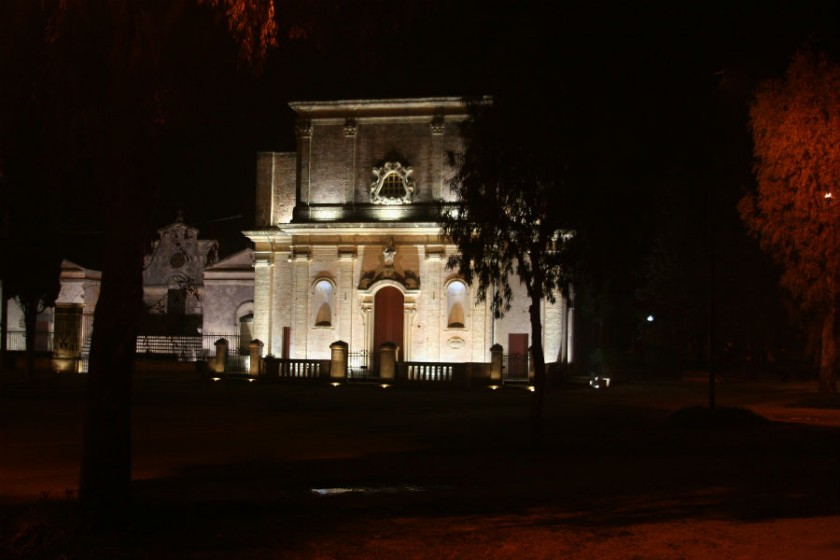 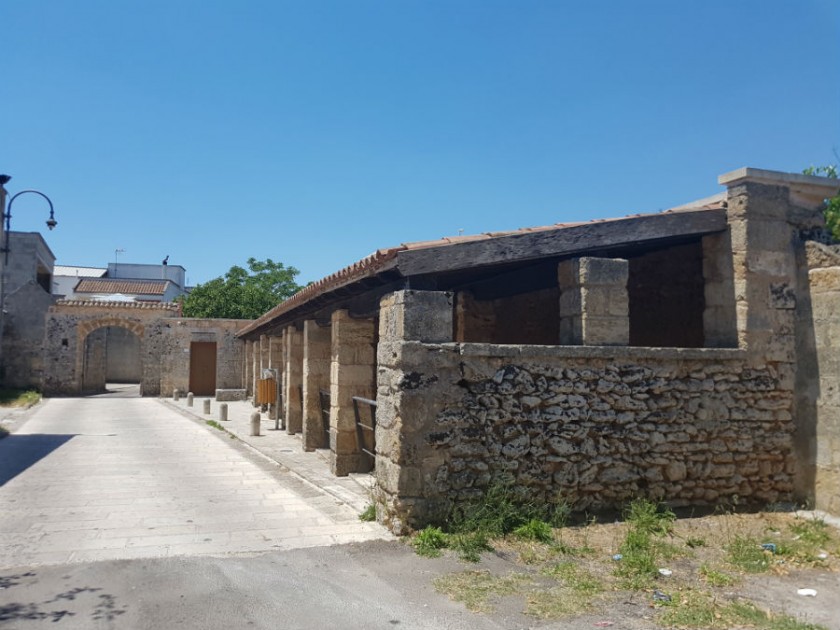 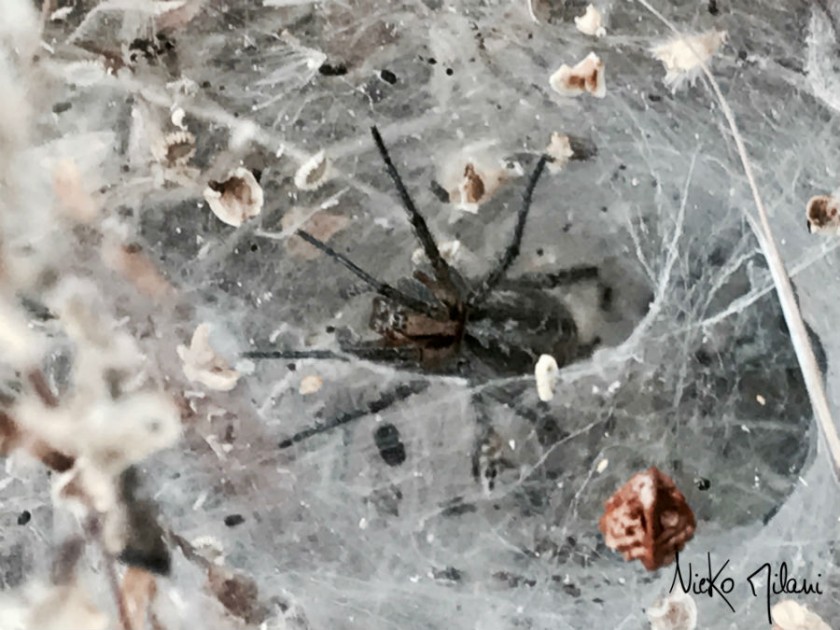 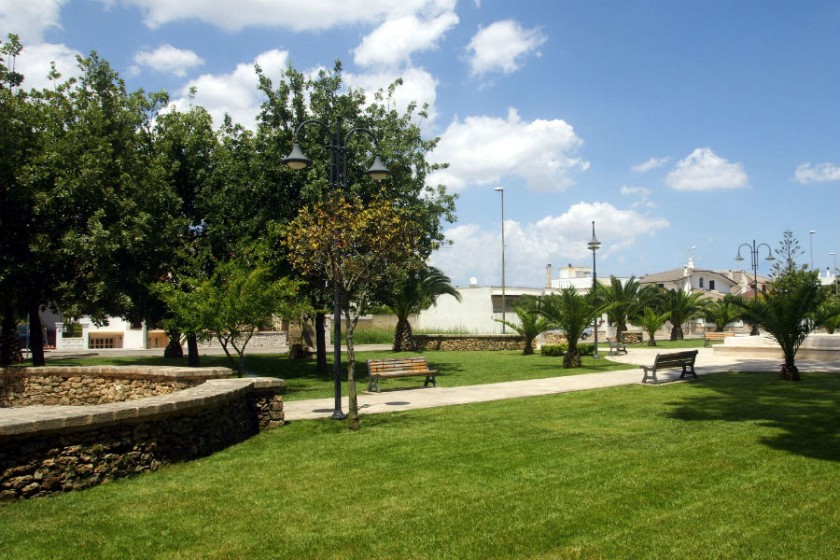 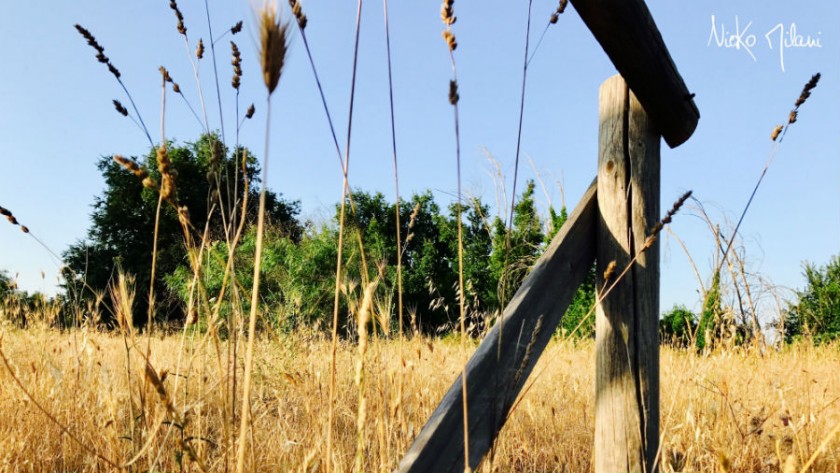 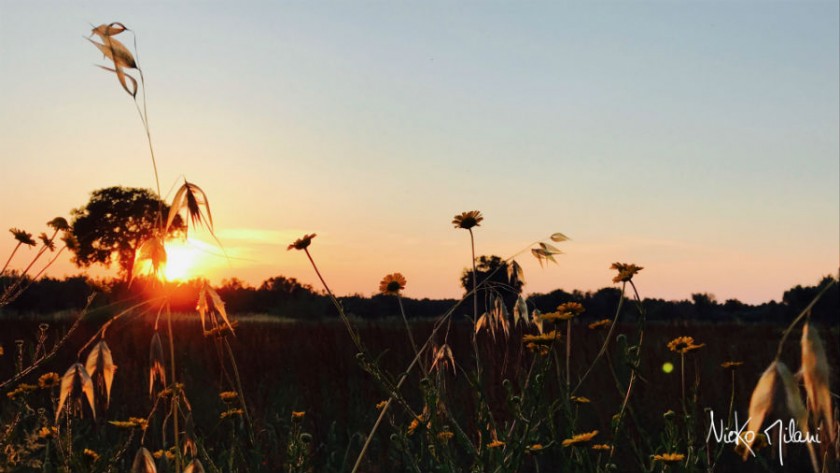 Montesano Salentino is a village located in a zone of the lower Salento predominantly rural, that it has always characterized by the presence on its territory of artisan workshops. It is taken for granted that the name of this country produces healthy air. The inhabited center is surrounded by a landscape of great beauty and very rich from the point of view of the fauna and flora. A time predominated the Mediterranean maquis, while now the ground sees expanses of traditional crops, in particular olive groves, that with their shafts spanning the centuries make this unique area and loads of history. The topographical position of Montesano, just 11 km within the eastern coast of Salento, has favored the penetration and the preservation of a cultural substrate pre-Roman and pre-Christian, both for the direct influence from the east for both the influence of neighboring centers more existing large.

In 1235 Federico II of Swabia sent his soldiers in the area, which dwelt in our territory forming some families. The successors of the Swabians were the Angevins, and Charles II of Anjou became master also of these lands; in 1270 he joined the few inhabitants of Montesano to the County of Alessano. Due to mismanagement of these feudal lords population decreased up to disappear altogether around 1400. Toward the middle of 1400, thanks to the witness retrieved from the weekly "the heel of Italy", we can affirm that Montesano existed and belonged to the family of the Balzo. Were the owners of the Feudal Lords De Capua, the Gonzaga and many other noble families such as the D'Aragona and Cassino. In the middle of 1700 Montesano was part of the Kingdom of the Two Sicilies.

In this small center in the basso Salento, situated on the road Lecce-Leuca, there is a steady increase of the population: in the census of 1884 are counted 838 individuals in 1981 are 2494. In the village of Montesano Salentino the living system was configured to house the Court: this takes the name from the position of the various settlements scattered around a central environment (the Court). Very present in the centuries ranging from the sixteenth to the nineteenth century, this living system, for its configuration and setting, was used as a defense from Saracen invasions first and then brigandage, in fact the courts overlooking a space common discovered, closed by a single door which, solid and massive, was closed in the evening and in the event of danger. The walls that enclose the courts are made with structural simplicity, sometimes embellished by an arc-shaped opening. The inputs to the courts do not always have the prospectus on the roadway, most of the times to access it you had to walk a blind alley.

For decades, the economy of Montesano has focused on olive growing and indeed the Olive Grove occupies a large part of the agricultural area the cultivable land. Consequently everything, has made necessary the construction of mills for the crushing of the olives and the manufacture of the oil. In Montesano, there are five crushers ipogei. The ancient trappeti, had at its center a large tub with annexd millstone, where they were paid the olives to be crushed. For squeezing, instead, were used two machines connected by a big rope: Il Torchio and "luciucciu", a wooden pole with four arms, fixed to the floor and at the same time. The millers, pushing on the arms by turning "luciucciu" which is wrapped a rope. This, being linked with the other end to an arm mounted on the spiral of the winepress, did get off a large dish which in this way crashed the olives.

With the term "Vojuru", it is customary to indicate an ancient conveyor of the waters of the whole house of Montesano Salentino. Located in the outskirts of the village and along hundreds of meters, arrives to join with the Vora Large Surano (3 km away). In the course of the years, the aforesaid underground passage has played, often, the task of disposing of rainwater. Its formation is due to natural factors, as a result of the solvent action and erosive rain water which, not being able to penetrate the clay soils of the countryside, comes to convogliarsi in "lu vojuru", avoiding the flooding of the inhabited center. The long tunnel is connected to a "swallow hole", a vertical cavity of circular cross-section, similar to an immense well, with a diameter that varies from seven meters to the twelve and a depth of eighteen, situated 400 meters from the town center of Montesano. The considerable cistern was created in 1956, following a period of intense rainfall, which, after initially flooded fields, not finding vent, arrived at convogliarsi in a single point, creating the abyss.

The Municipality is part of:
Borghi Autentici d'Italia

Via Umberto I, 3, Specchia (Lecce)
4.16 Kilometers from Montesano Salentino
Mother Church
The Mother Church of Specchia dates back to 1605 and has a Baroque architecture.

Strada Provinciale 248, 2, Alessano (Lecce)
10.76 Kilometers from Montesano Salentino
Gallone Palace
The Palace of Gallone Princes is the most sumptuous cultural monument of the village of Tricase, ...

Piazza Giuseppe Pisanelli, 1, Tricase (Lecce)
5.84 Kilometers from Montesano Salentino
Pond of bauxite
The pond of bauxite is located to the south of Otranto, near the Bay of Orte.

Find where to sleep in Montesano Salentino

Strada Provinciale per Miggiano, km 1, n. 53, Specchia (Lecce)
3.36 Kilometers from Montesano Salentino
Masseria Uccio
Entirely made with stones and tuffs of the place is a testimony of the ancient peasant civilizati...

Via Madonna del Passo 68, 73028 , Otranto (Lecce)
23.67 Kilometers from Montesano Salentino
B&B Centro Storico
The Bed & Breakfast Centro Storico rises in the heart of Otranto, on the ground floor of the anci...

Bastione dei Pelasgi, Centro Storico , Otranto (Lecce)
23.86 Kilometers from Montesano Salentino
Masseria Uccio
Entirely made with stones and tuffs of the place is a testimony of the ancient peasant civilizati...

Our news about Montesano Salentino

Recipe: Potato pitta
A typical dish of Salento cuisine suitable for a dinner or an appetizer, to be enjoyed both hot and cold. The pizzaiola potato pitta consists of a kind of rustic two-layer focaccia baked in the oven based on potatoes, cheese, breadcrumbs and eggs and with a filling of fried onion, tomato sauce, black olives and capers.Let's see how to prepare it. Ingredients 1 kg of yellow-fleshed potatoes1 large egg200 gr of grated pecorino / parmiggianoo...
Continue
Recipe: Pasticciotto Leccese
The Pasticciotto Leccese has a long history behind it. Born as a simple makeshift dessert, obtained from what the fantasy suggested, back in 1475, to the Galtina pastry chef, Nicola Ascalone. It is said that on the occasion of the celebrations in honor of St. Paul, the Patron Saint of Galatina, Ascalone did not know what sweet to do for the many pilgrims who came for the party. Finding pastry leftovers with shortcrust pastry and simple custard, he had the idea of covering oval-shaped molds with pastry, pour in some cream ...
Continue