Share
Sermoneta is undoubtedly one of the most beautiful villages in Lazio, a timeless village wrapped in a unique and suggestive atmosphere. Located a stone's throw from the Monti Lepini, this enchanting place is characterized by the presence of the Caetani Castle and its splendid historic center, which lead tourists to conduct a special journey to discover the medieval villages of Lazio. One of the most renowned events in this pretty village is the Festa dei Fauni. 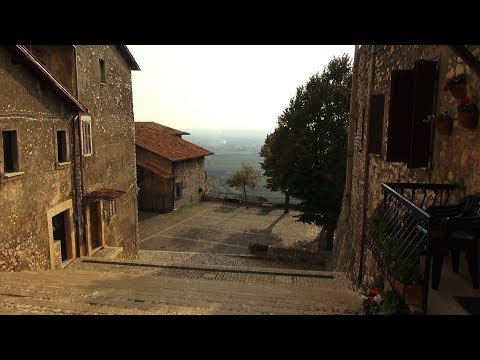 the territory of Sermoneta was already populated in the archaic period. In its territory, near the actual abbey of Valvisciolo stood the ancient city volsca of Sulmo, mentioned by Virgil in the Aeneid.

The expansion of the Pontine Marshes and the invasions of the saracens drove the inhabitants of ancient Sulmo to relocate in the current Sermoneta, which is mentioned with this name already in the XI century. Free Commune, submitted soon to the Caetani family (1297) who made it the center of their domains on the entire southern Lazio, for track of the fortunate position on the track the foothills, artery that had replaced the Appia in connections between the north and the South of Italy. The sermonetani, for the control of the road and in particular from the customs office of passage, smote before the city of Nymph then the neighboring Sezze. From this period dates the medieval village, perfectly preserved, the Caetani Castle and the Cathedral.

From the XIII and XVI century, Sermoneta was home to a flourishing Jewish community. Traces remain in the district called "Portella" (via Marconi angle via Riccelli), where it is still recognizable the building of the old synagogue (now part of a private house). Starting from the XVI century with the first works for the reclamation of the Pontine Marshes and the reopening of the Appia, the city began a slow decline. In 1567 lost the title of capital of the duchy of the Caetani that put their headquarters in Cisterna. Hosted Leonardo da Vinci.

In 1928, on a part of its territory, in the locality of Doganella di Ninfa, Opera Nazionale Combattenti poses one of the headquarters for the operations for the reclamation of the Agro Pontino. From the post-war period and its historical center has experienced a heavy depopulation in favor of its territory in the plain where are fate fractions of Doganella, Tufette Pontenuovo, and Carrara on the borders with the municipalities of Cisterna di Latina and Latin.

At the same time has experienced a remarkable expansion of tourism that has as its goal the ancient and well preserved ancient village, home to numerous cultural events.

Certainly deserve a visit to the Abbey of Valvisciolo and Castello Caetani. With its outstanding medieval aspect is a country very frequented by tourists, also due to the Caetani Castle as well as for its proximity to the Garden of Ninfa, very important naturalistic oasis of property of the Foundation Caetani, which falls in the neighboring town of Cisterna.

Strada Provinciale 106b, 2626, Nettuno (Roma)
24.14 Kilometers from Sermoneta
St. Mary's Church
the church of Sancta Mariae de Sperlonche is located in the historical center of Sperlonga, in La...

Via Flacca, km 1161, Sperlonga (Latina)
50.99 Kilometers from Sermoneta
Torre Paola
Torre Paola is a defensive coastal tower that rises on the border with the long beach of Sabaudia

5 villages with ghosts and witches for Halloween
Five villages to be discovered during Halloween, atmospheres full of charm and mystery, spirits that linger in castles and witches who wink from the darkness: 1. Triora (Imperia) It is par excellence "
Continue
Some events in the villages not to be missed in the post-Covid-19 era
The villages open their doors to visitors in the Covid-19 era. This means that, in compliance with health regulations, the villages once again present themselves as a place of meeting, exchange and enrichment for everyone. The next events on the calendar are the most varied, in fact there are food and wine festivals, historical re-enactments, but also exhibitions and markets, to testify a liveliness and cultural plurality that has always been the driving force of our country.
Continue