Share
An evocative Molise village, in the province of Isernia, which still retains its ancient medieval urban charm. The landscape of Frosolone is truly fascinating. Located in a promontory surrounded by steep cliffs, hills, woods, pastures and ponds, Frosolone is characterized by a morphology of carbonate rocks with bizarre and surprising shapes. The country today is a very active center in the craft sector and, in particular, in the production of scissors and knives. 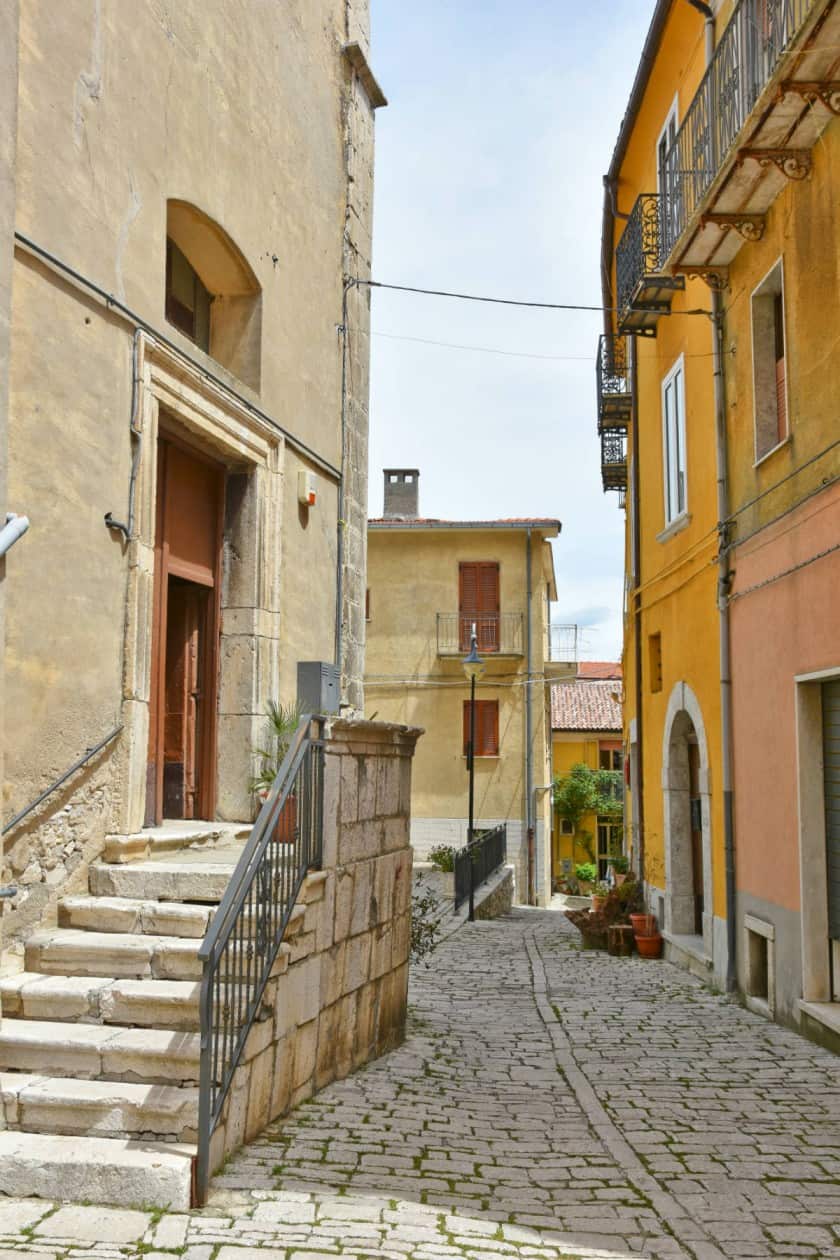 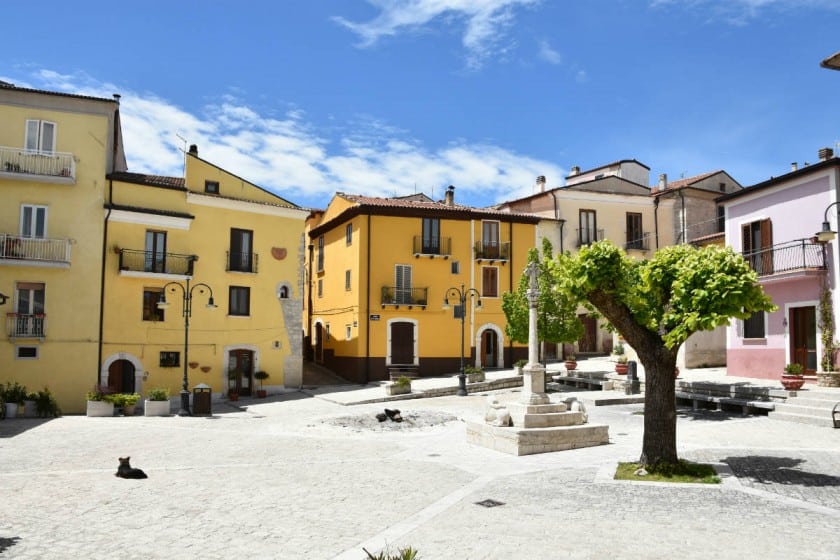 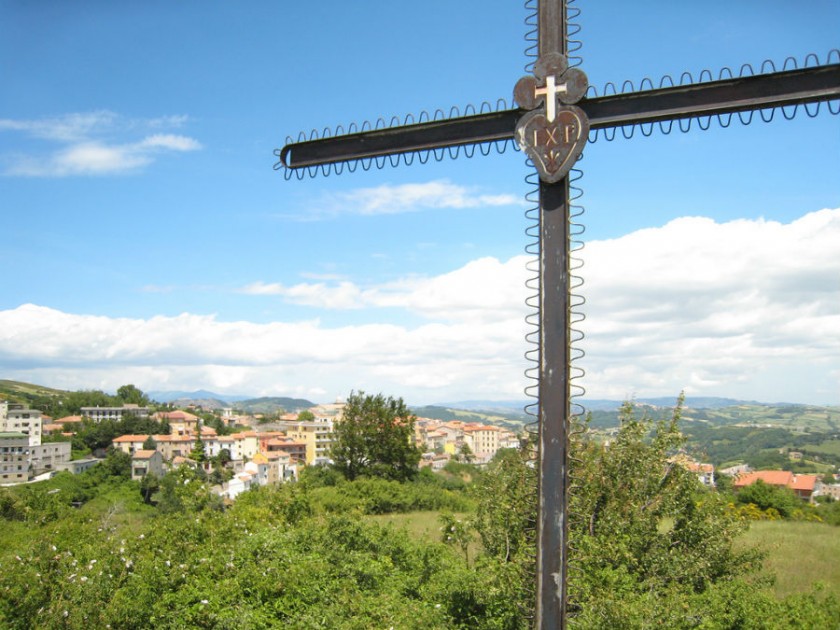 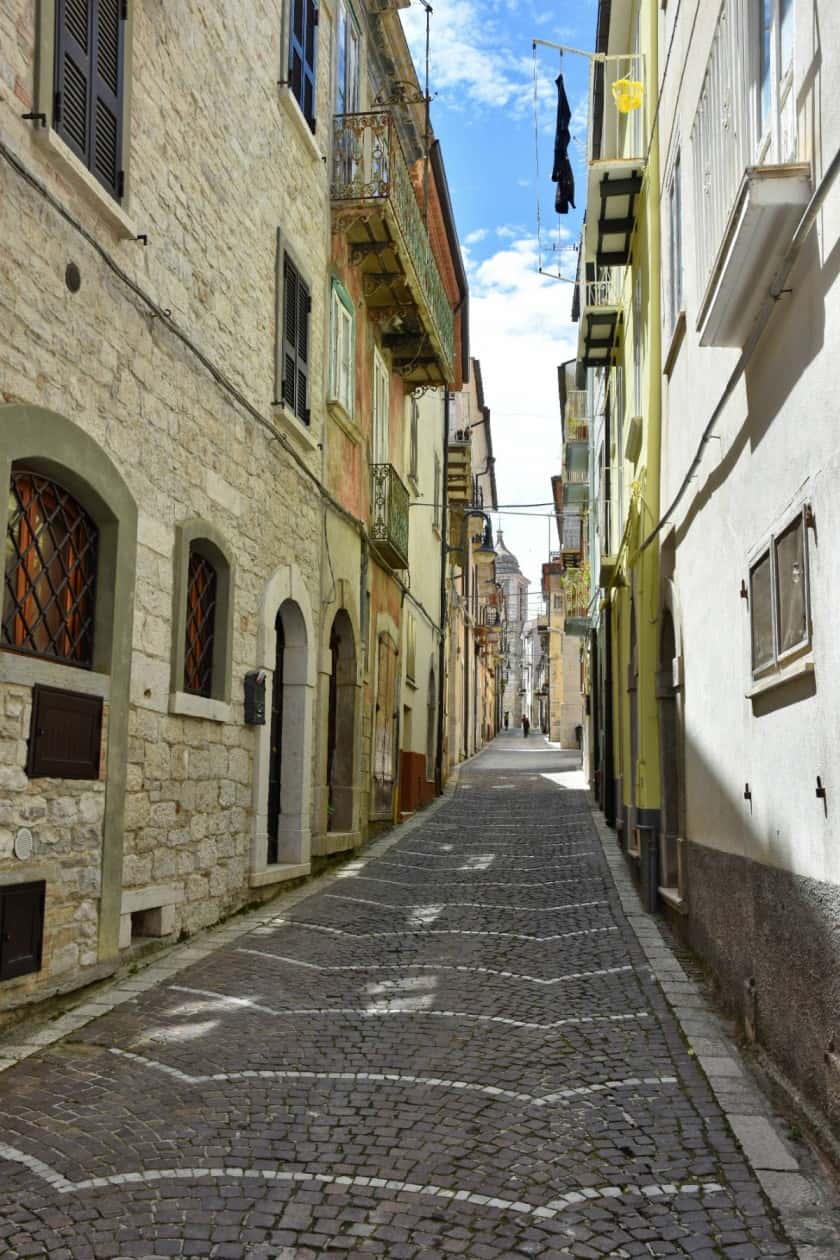 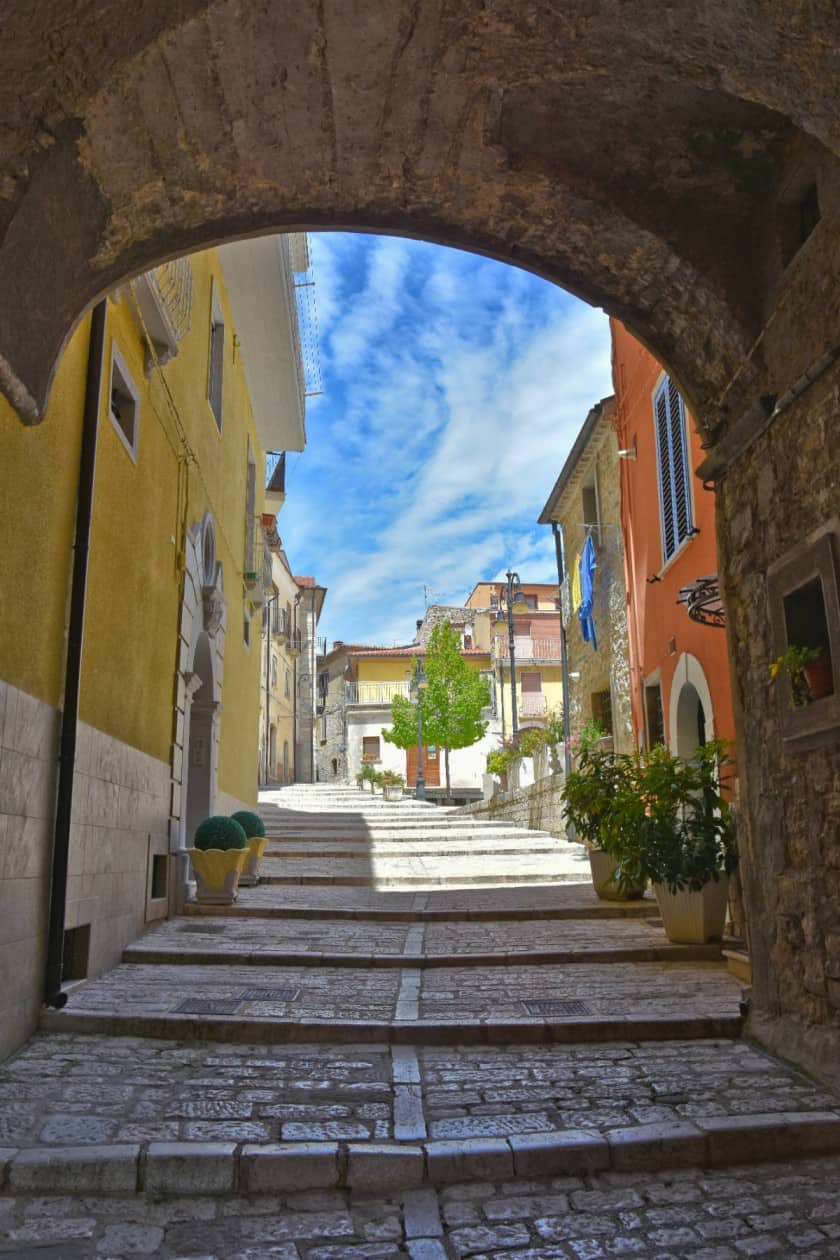 The medieval village of Frosolone (Frescëlone in Molisano, Frus'lòn in Friulian dialect) is located in Molise. Before the Roman era, the area was inhabited by Sannitian populations, as evidenced by the presence of polygonal, megalithic walls, visible on the mountain above the village, at Civitelle. The settlement dates back to medieval times: in a document kept in Montecassino dating back to the first half of the XI century, a torrent called aqua Freselona appears among the landmarks of the area; Frosolone would be tried and imprisoned by some Molise friars: their detention would take place in the "castle", the present Baron palace. However, it is only in the late Middle Ages that Frosolone begins to define itself as a true urban nucleus.

As with many other centers in Molise, the country's medieval phase ends drastically with the earthquake of 1456. Frosolone's regular testimonies, then, start from the Spanish period. In this era it is going through an intense phase of development, and growth continues throughout the modern age. The rebuilding following the earthquake and then the unity of Italy give Frosolone a new face and new prospects for development. The economic conditions of the population remain, however, very difficult: the country will contribute, together with most of the South, to the great migration of the early twentieth century.

They definitely deserve a visit to Palazzo Zampini and the Mother Church of Santa Maria Assunta.

Historically, the country has founded its own economy on livestock (in particular sheep) and craftsmanship of scissors and knives. Gradually, the tourist sector is taking shape, in particular in the form of widespread accommodation, favored by almost untouched nature and a largely handicraft sector in the agri-food sector. Nowadays, the country boasts excellent agro-food production, in particular vaccine cheeses (caciocavallo and scamorza) and sheep (pecorino); an expanding area is the sector linked to the truffle search. The territory is rich mainly of Tuber aestivum, Tuber borchii (whitewash), Tuber brumale and Moscatum and of the precious Tuber magnatum, of which, in fact, Molise is the largest producer. Still practiced is the craftsmanship of scissors and knives.

Piazza Cattedrale, Trivento (Campobasso)
22.27 Kilometers from Frosolone
St. Francis' Church
The parish church of St. Frances is the main church of the village of Agnone, in Molise.

Via Duomo, 18, Venafro (Isernia)
36.42 Kilometers from Frosolone
= distances as the crow flies

Find where to sleep in Frosolone 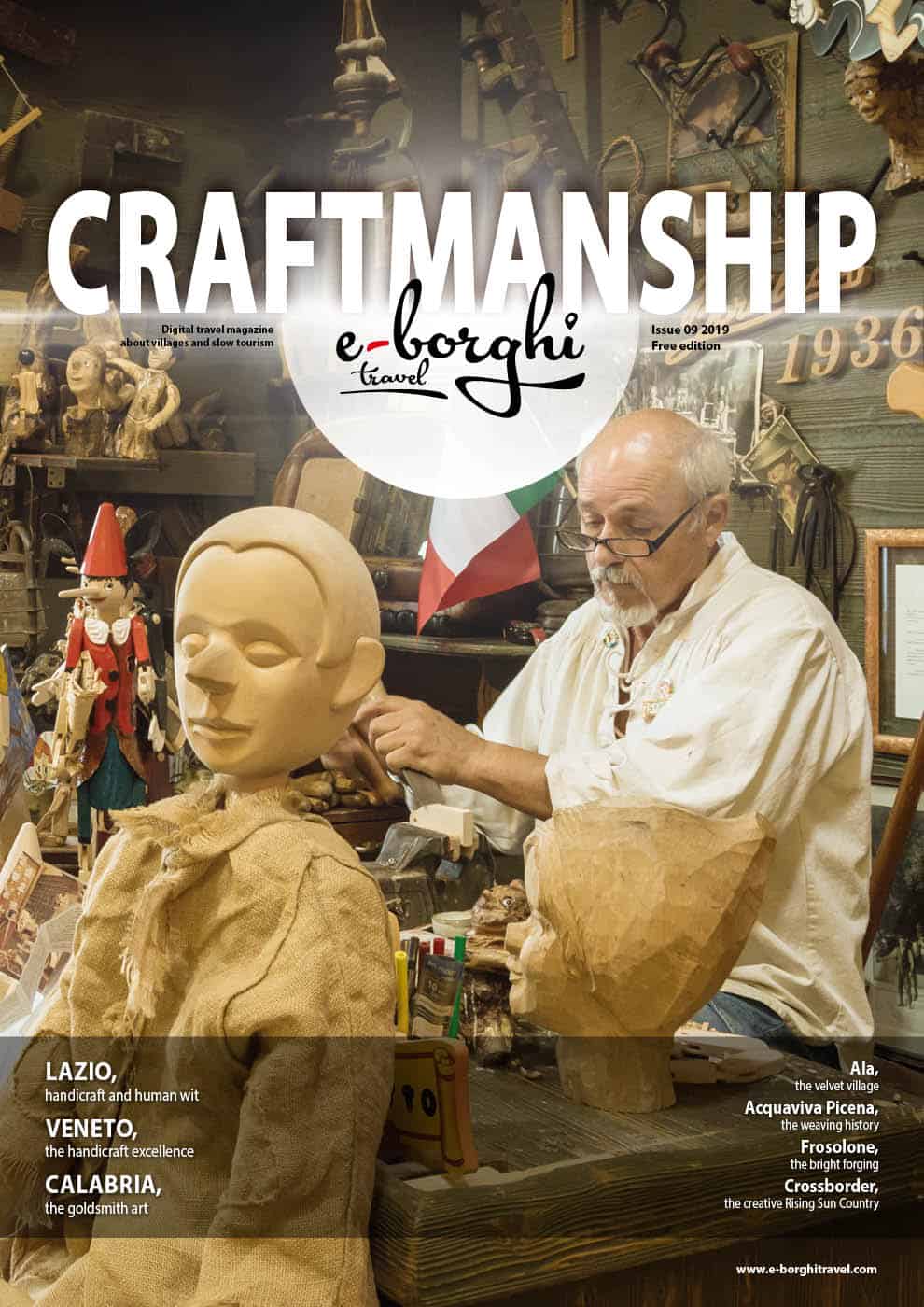 Frosolone is present in issue 9 of our digital magazine e-borghi travel.
Read it now! 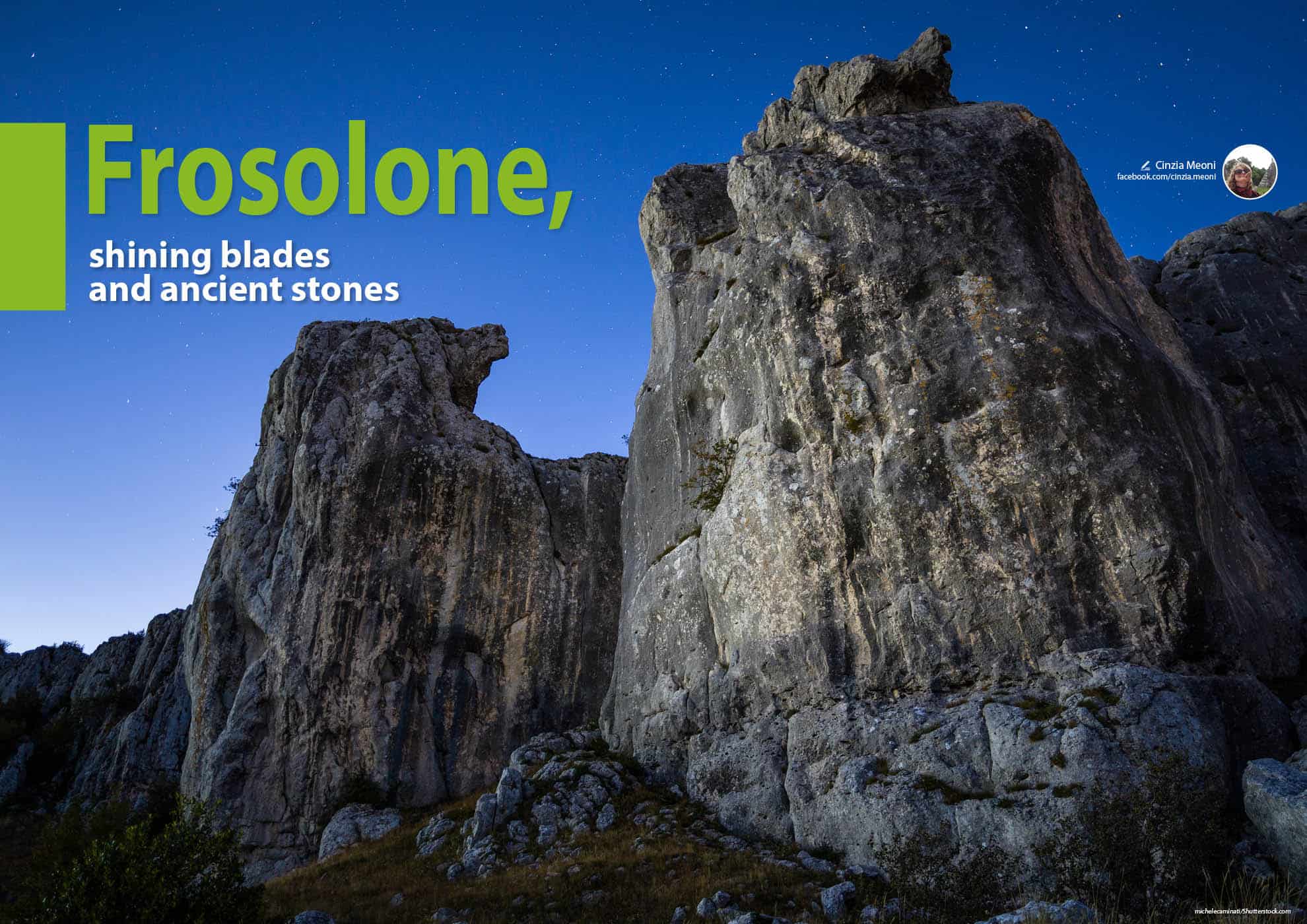 Weekend in Molise, Larino, Oratino and Frosolone
Almost equally divided between mountains and hills, the lands of Molise, land of villages, small towns and sea. That Adriatic sea on which one of its main cities, Termoli, is also the main port. From here begins the discovery route in the heart of this often unfairly forgotten region. It is the Sannitica highway, which stretches out in the countryside from the coast to the heart of the region, leading us to Larino. Before leaving the car an...
Continue