Share
The village of Apricale is located in the hinterland of Bordighera and Ventimiglia. The town has a medieval urban plan of enormous interest, both for its excellent conservation and for its mixed structure, formed by the enveloping or group central sector around the Castle. Its main economic resources are agriculture and tourism. Here the tourist can find the quiet that is needed for rest, meditate or work on an important project away from the noise and chaos of the city. 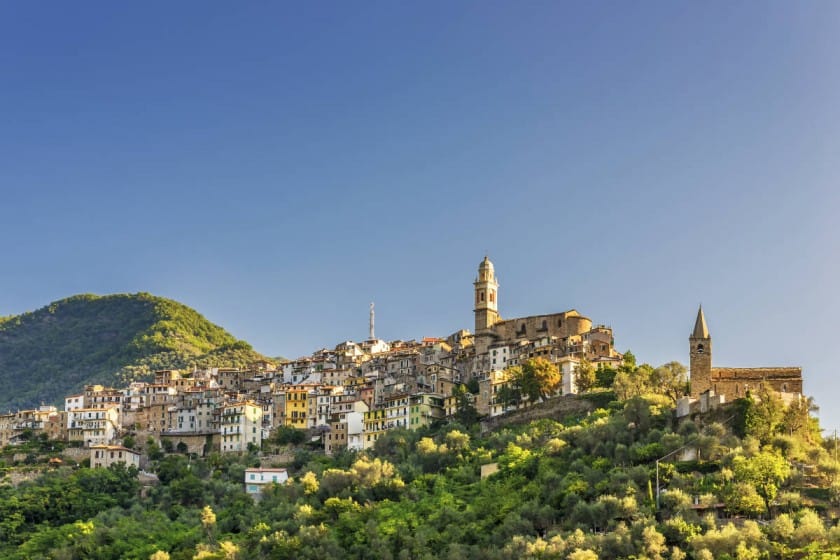 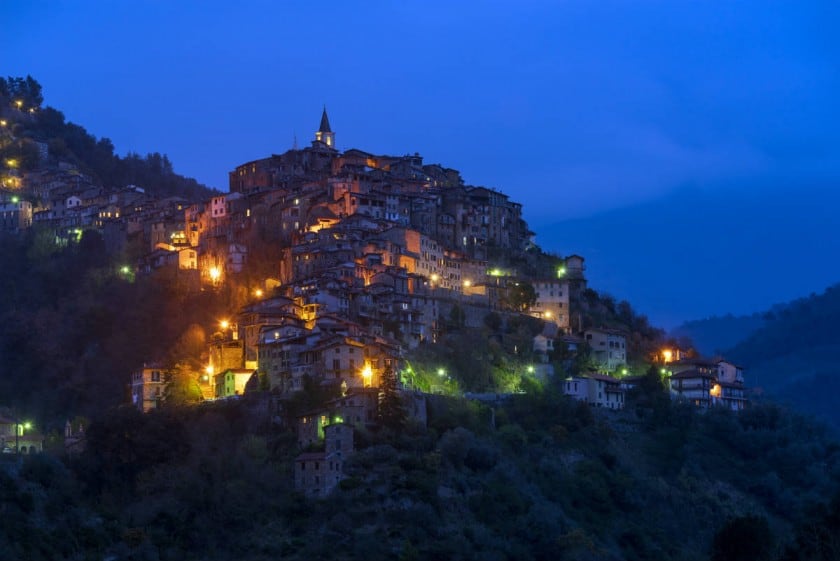 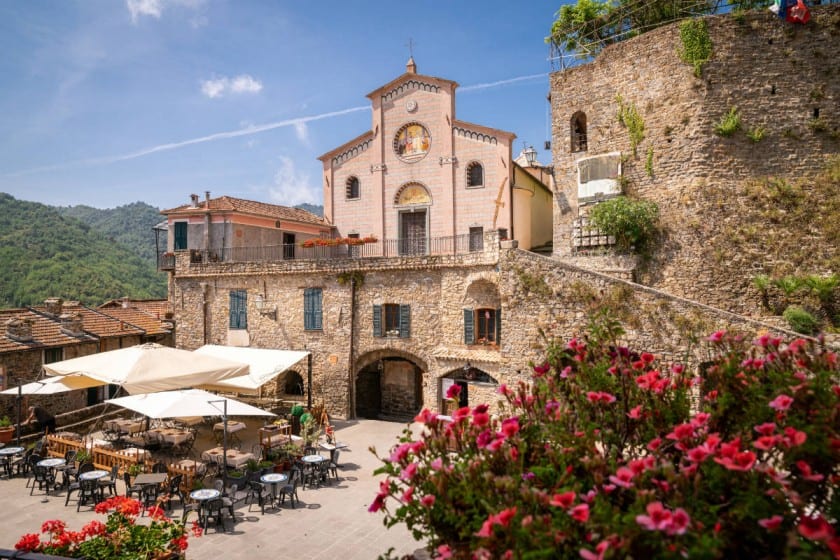 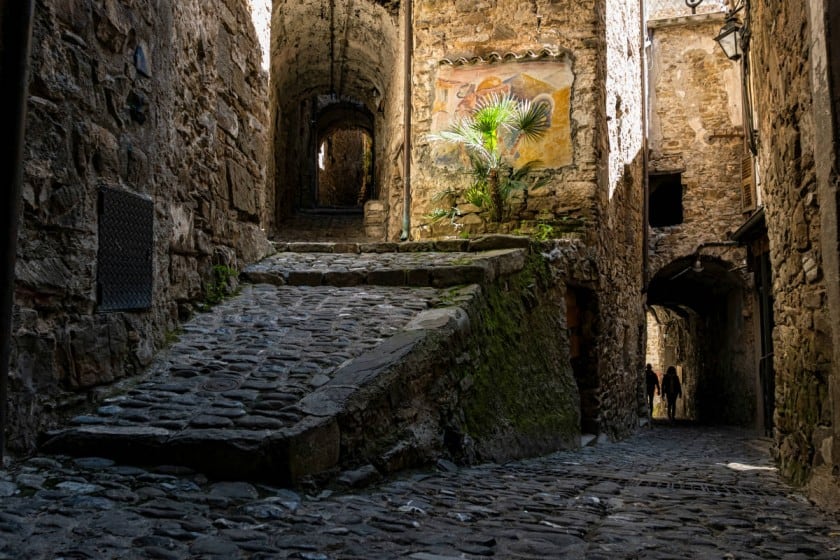 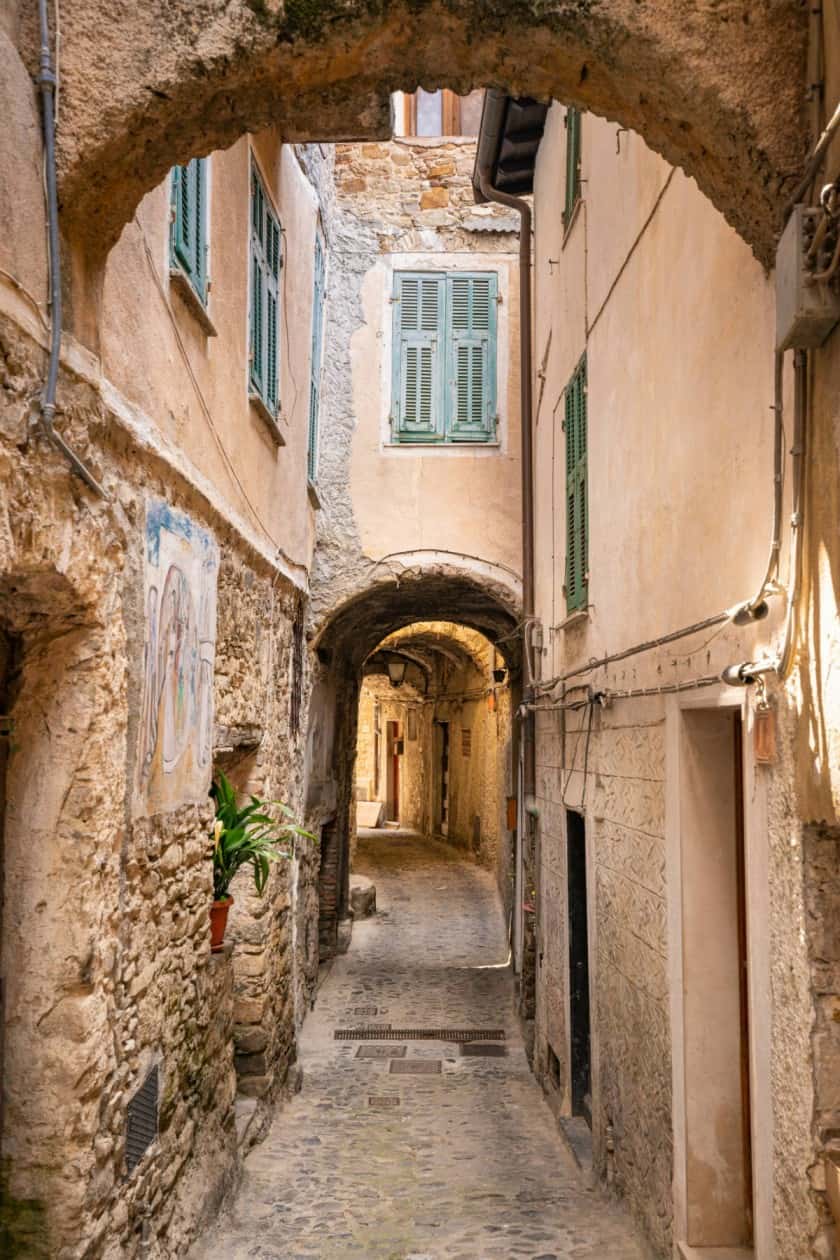 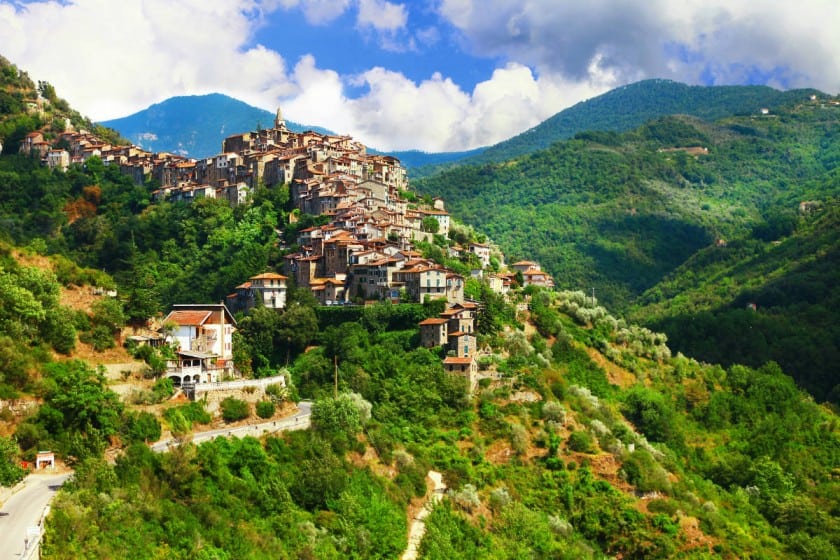 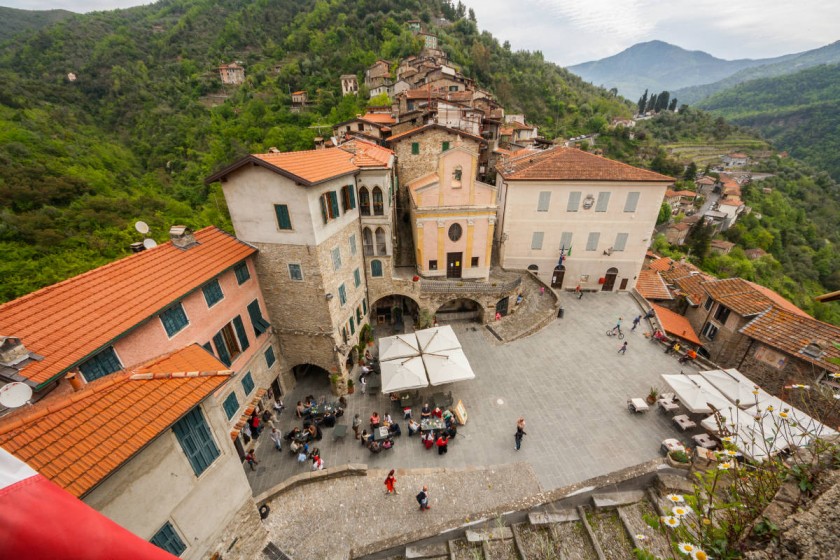 Foreshortening of the historical center
gab90/shutterstock.com 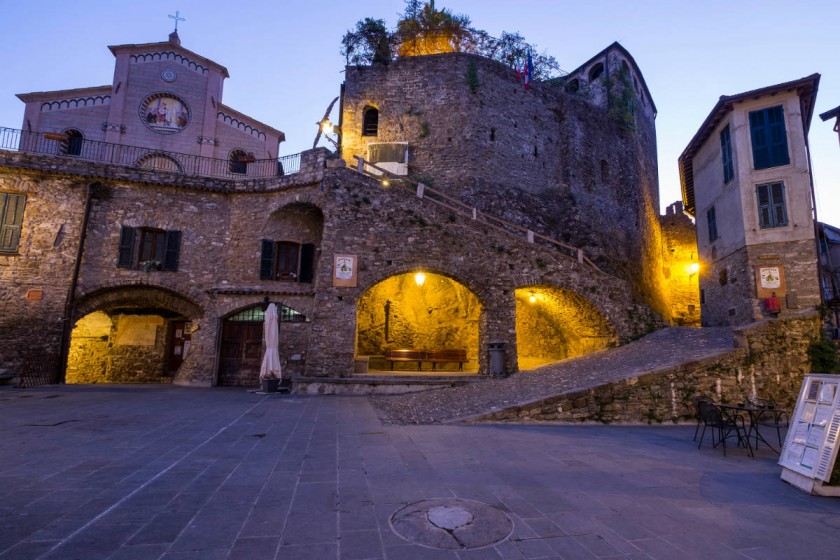 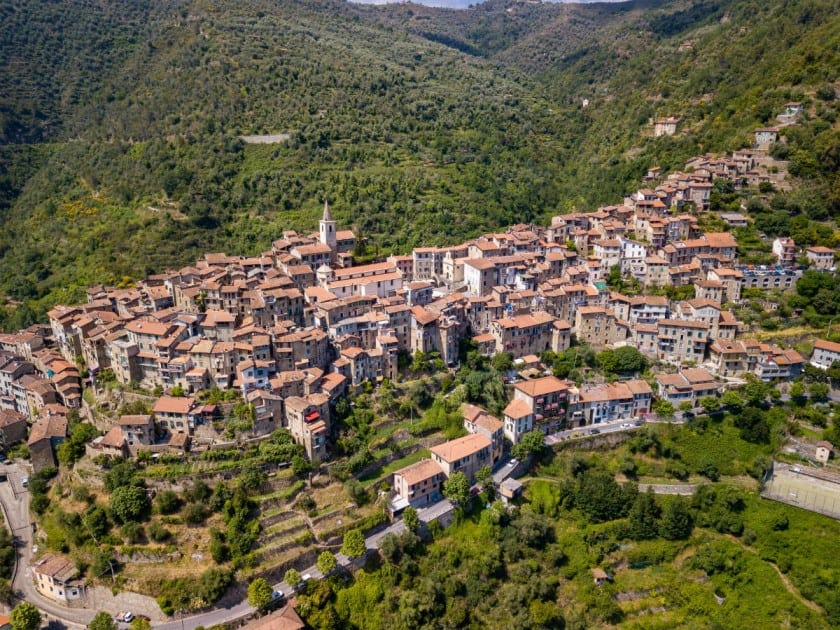 A look at Apricale 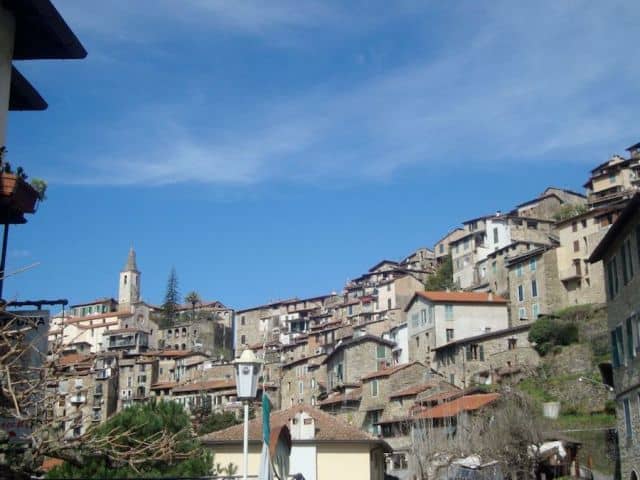 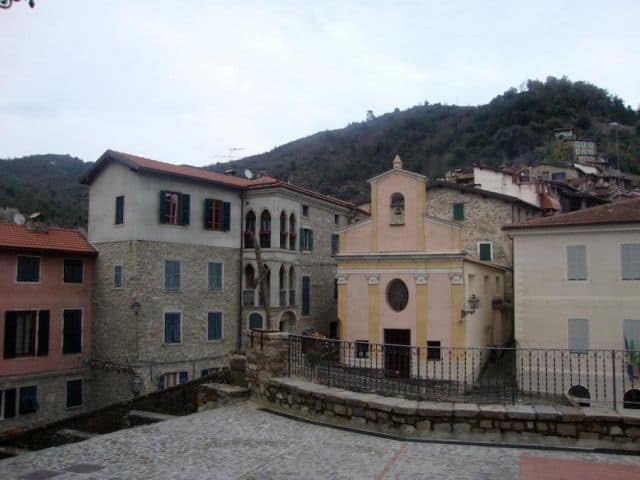 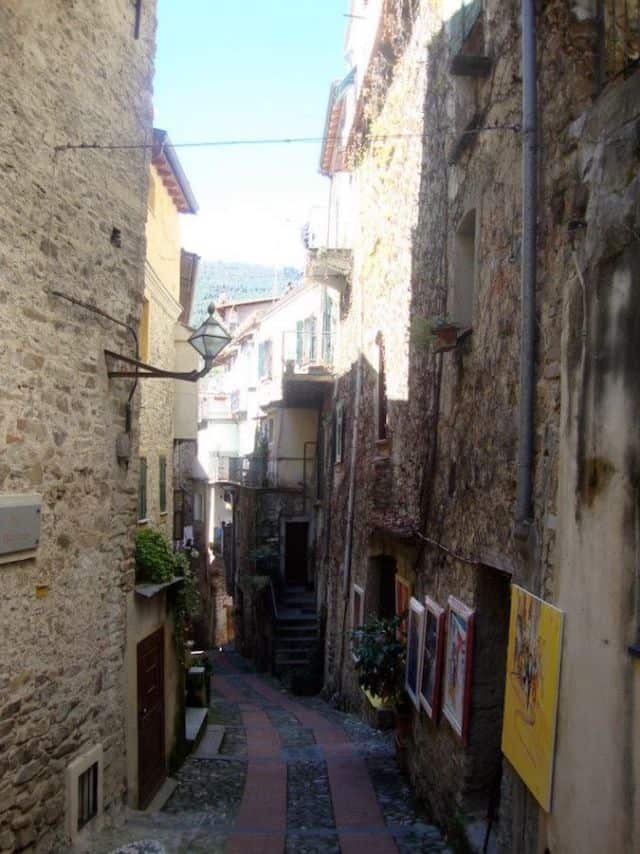 On the alleys of Apricale
Silvia Fiorentino - e-borghi Community 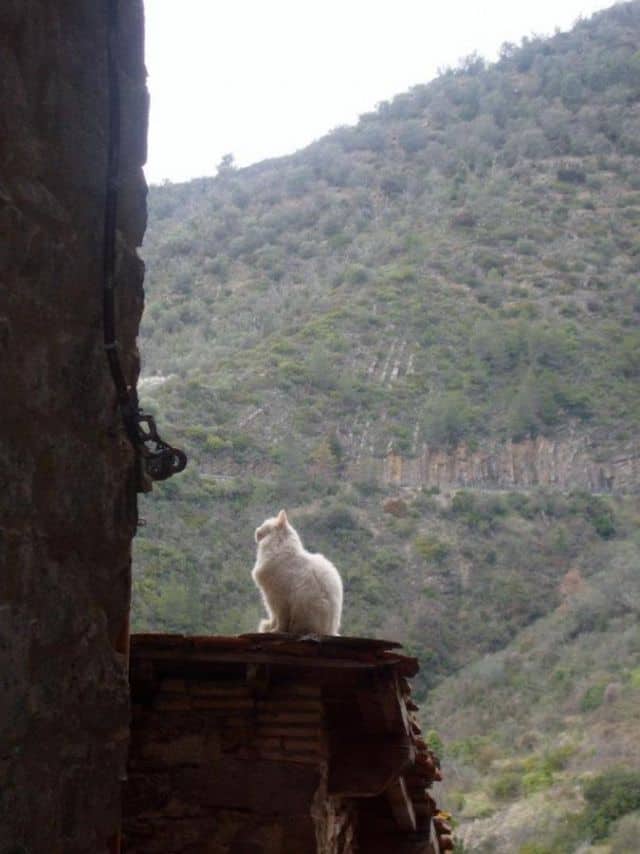 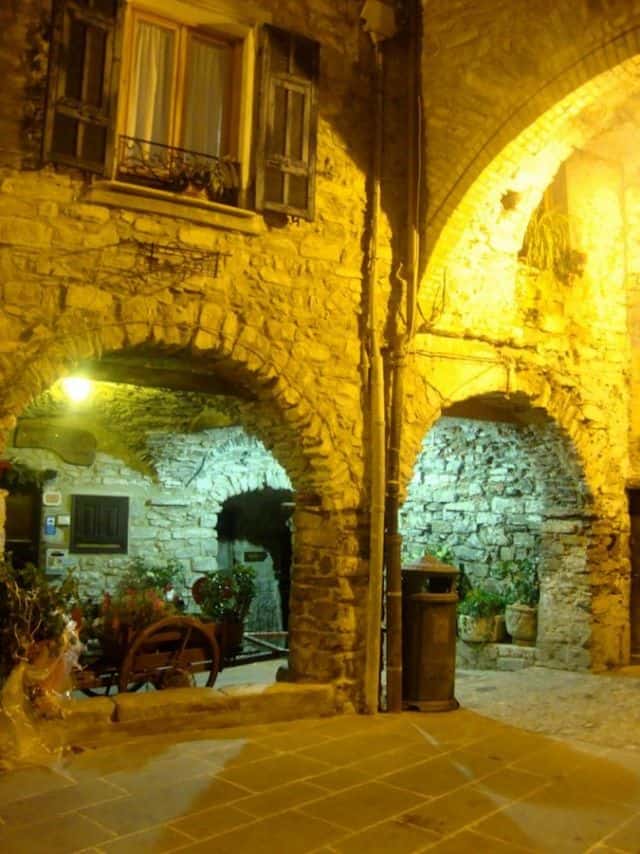 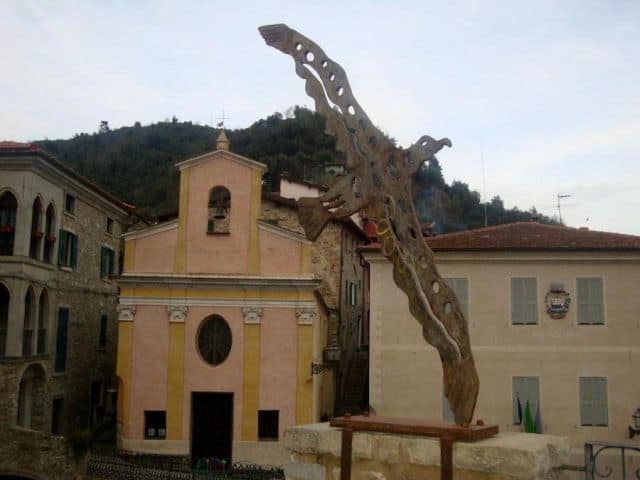 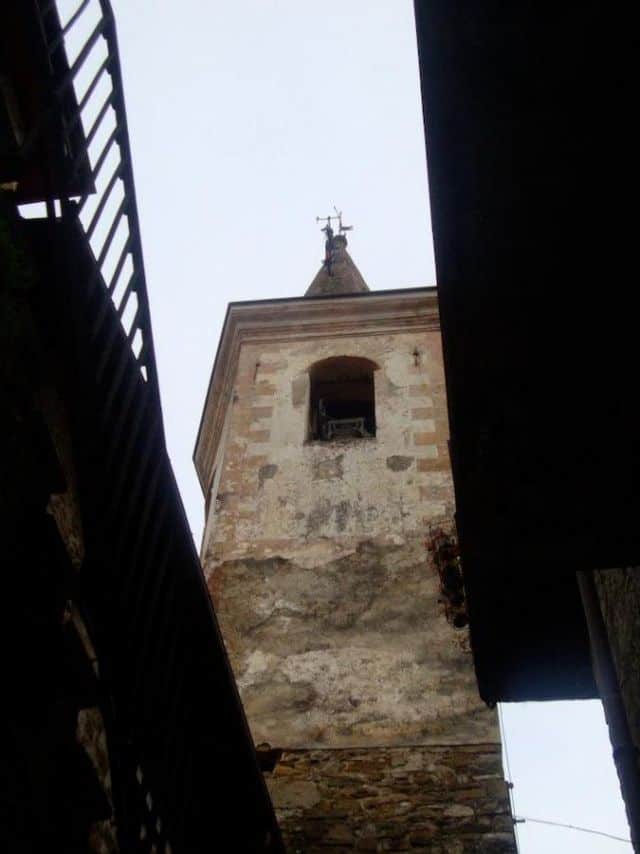 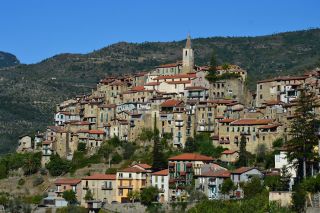 Brigar or Avrigà, in the Ligurian dialect, is a medieval hamlet perched in the hinterland of Bordighera, in the Val Nervia. On its hills it is produced a high-quality olive oil, from Taggia, and a typical wine made from Rossese grapes that you should really taste, in one of the taverns hidden among its alleys. This intricate ups and downs of perfectly preserved medieval streets, a stone labyrinth where time seems to stand still in the thirteenth century, is dominated by the Castello della Lucertola, in front of the main square of Apricale.

Pulsating heart of the village life, every year in this square are held many local events, such as new oil festival, St. Valentine’s Fair in February and the Pansarola Festival (a type of sweet pancakes, usually served along with hot zabaglione cream), on the second Sunday of September. Inside the castle there is the history museum of Apricale, where the famous 1267 Apricalesi Statutes are preserved, considered the oldest in the Liguria area.
Apricale is also a very popular village and much loved by artists, especially painters, who painted fifty murals on the facades of houses. But the artistic suggestions are not limited to murals. On top of the bell tower of the parish church Purificazione della Maria Vergine, obtained from the adjoining square tower of the castle, a bicycle was fixed facing up to sky, by the contemporary artist Sergio Bianco, entitled La forza della non gravità (the power of no gravity). Since 2010, in partnership with the municipality, they opened the Albergo Diffuso, which allowed the recovery of old houses, medieval towers and caves scattered throughout the village, between ascents, descents and medieval walls.

Castle of the Lizard
The Feudal castle was erected in the X century approximately by the counts of Ventimiglia and bel...
Piazza Vittorio Emanuele, 3, Apricale
The Church of Santa Maria degli Angeli
The Church fortress of the Madonna degli Angeli dates back to the year 1000. Transformed into a p...
Via degli Angeli, Apricale
Church of the purification of the Virgin Mary
on the top of the bell tower was fixed a bicycle facing upwards.
Via Fiume, 1, Apricale
Astronomical Observatory G.D. Cassini
The Astronomical Observatory is located inside the premises of the Town Hall of the village of Pe...

Piazza Mons. Antonio Rossi, 19, Perinaldo (Imperia)
1.87 Kilometers from Apricale
Sundial of the Church of Visitation
The Church of the Visitation in the village of Perinaldo, in Liguria, is traditionally linked to ...

Località Scoglio, 4, 18032, Perinaldo (Imperia)
2.12 Kilometers from Apricale
Doria Castle
The Doria Castle is an ancient fortification of Dolceacqua, in Liguria.

Via Doria, 2-6, Dolceacqua (Imperia)
4.32 Kilometers from Apricale
Church of San Bernardo
Inside the church you can admire the cycle of frescoes by Giovanni Canavesio on Passion and the F...

Piazza Umberto I, 1,, Pigna (Imperia)
5.81 Kilometers from Apricale
'The land and the Memory' Museum
The museum is hosted in the local "sottopiazza" of the medieval village of Pigna, accompanies the...

Via S. Nicola 9, Cervo (Imperia)
36.72 Kilometers from Apricale
= distances as the crow flies

Feast of the Nativity of Mary

Our news about Apricale

Fusion between architecture and nature: the most fascinating stone villages in Italy
Embedded in the most solid natural element, stone villages are among the most spectacular building agglomerates in the whole of the Bel Paese. Let's set off to discover some of the best, to mark for an upcoming vacation or trip out of town. From Piedmont to Liguria: Chianale and Apricale The beautiful village of Chianale, nestled in an area on the border between Piedmont and France, is located in the upper Varaita Valley and is surrounded by ...
Continue
Discovering Apricale, the village most loved by artists
If you want to celebrate the day of 25 April in a place of other times, Apricale will be for you: here it will seem to you to go back over the centuries, to the age of fairy tales of princesses and princes. Apricale, in fact, is a medieval village among the best preserved in Italy. Walking on the ancient sloping cobblestones, you will have the pleasant sensation of getting lost in a labyrinth made of narrow alleys that, fol...
Continue