Share
Camogli is a splendid village overlooking the Golfo Paradiso, in the Ligurian Riviera di Levante. A typical seaside village characterized by tall houses painted in bright colors that fascinate the view. A romantic place, immersed in a magnificent natural setting, which for centuries has enchanted tourists from all over the world in search of relaxation, culture, sea and good food.

A look at Camogli 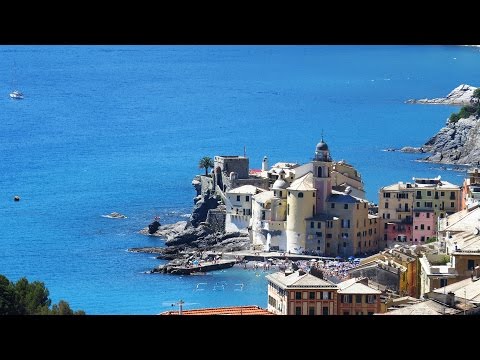 Typical borgo marinaro, tourist center known for its marina and for the multicolored buildings on the seafront. It is also called the "City of the Thousand White Sailing Boats". Its inhabitants, the camogliesi, for local tradition are sometimes called camoglini, on the model of the Ligure camoggin. The center of the village of Camogli, which occupies the valley to the west of Monte di Portofino, overlooks the Gulf of Paradise, at the western end of the promontory portofinese. Belongs to Camogli the widest part of the regional natural park of Portofino, while the mirror to water vapor in front of the promontory is part of the natural Area Marina Protetta Portofino.

The architectural aspect of most of the town is the presence of colored buildings which overlook the beach. The colors and lines more clear horizontal (said marcapiano) served to seamen camogliesi to recognize more readily home between the various planes of the palaces of the village and make you return after the fisheries. Most of the buildings in the historic center were built with a succession of additions and modifications in the course of the centuries. Often the additions were also individual rooms which modified the appearance both interior and exterior of the palaces. The birth of a child to a sailor or as obtained from a long boarding, often were the motives from which was born a new appendix to the existing building. In 1913, according to a fashion whose most prominent example of this is the promenade of Nice, were demolished buildings facing the sea creating the sea promenade, with the round in style littorio. The choice of the slaughter was also dictated by the State in which paid the buildings, structures in wood and stone from centuries the prey of waves and saltiness. The characteristic of the buildings constructed at a short distance from the sea you must however to the characteristics of the territory. Camogli is built along the slopes of a relief almost to peak on the sea. This orographic aspect has the effect of guaranteeing to Camogli a temperate climate, typical of some localities of the Levante Genovese, failing the cold winds coming from the Po valley to reach the coast. Also for this Camogli is a popular tourist resort.

Already under the dominion of the bishops of Milan, around the year 1000, began to form the "Coastal Camogli and marinara" with quotes in the texts of the epoch in which appears with the name of Vila Camuli; and it is from the Middle Ages onwards that appears more in the history of Genoa. In the XII century it was erected the Dragonara Castle, place in defense of the borgo marinaro, which was attacked and destroyed by Gian Galeazzo Visconti and Nicolò Fieschi in 1366 and subsequently also from the Duchy of Milan in 1438. From the XVI century joined more closely in Genoa and its Republic species for continuous incursions of the Turkish Admiral Dragut, that provvedette to its fortifications and the consolidation of the marina, the latter completed in 1624 with the construction of the pier. From 28 April 1798 with the new French law, was elevated to the title of capital of II canton of the Jurisdiction of the fruit. Precisely in this historical period the naval defeat of the naval battle of Abukir, in which the fleet ligure guided by Napoleon Bonaparte is destroyed by the English seafaring, led to the investment of massive capital of shipowners camogliesi in construction of merchant sailing ships, with requests and contracts by the major European states. The affairs of shipyards and in more diverse sector marinaro will foster a considerable increase of the economy and trade, with the consequent urban development of the village, which in this phase reached its historical maximum.

Patrons of Camogli are the Madonna del Boschetto, San Prospero and San Fortunato. The feast of the Madonna del Boschetto is celebrated on 2 July to commemorate the apparition that on that date, in 1518 was Angiola Schiaffino in the place where now stands the Sanctuary dedicated to the Virgin. The feast of San Prospero is celebrated on 31 August to commemorate the holy bishop of Tarragona which in 409, returning from a papal visit, you sdraiò to rest on Via Romana above Camogli and yields the soul to God. San Fortunato, a Roman legionary converted to Christianity and killed in the circus by its own comrades, whose corpse arrived in Camogli in 1710 behind the pressures of the pastor Camogli Padre Pellegrino De Negri that was the confessor of Pope Clement XI, is celebrated on the second Sunday of May.

Camogli is famous above all for its anchovies, fresh quality and excellent for the salted anchovies and then also for the fish caught in the tonnara, historic location of fixed fishing that comes from centuries laid annually by the fishermen of the place. In tonnarella di Camogli are no longer caught tuna from decades but mainly skipjack, bonito and greater amberjacks.

Via Colombo, 20 , Moneglia (Genova)
29.60 Kilometers from Camogli
Hotel Mondial
The hotel enjoys a priceless view of the sea.

Via Venino 12 , Moneglia (Genova)
29.39 Kilometers from Camogli
Hotel La Vigna
On the hill of Moneglia, caressed by the wind, among the colours and scents of the Mediterranean ...

Piazza Tarchioni 25 , Moneglia (Genova)
29.87 Kilometers from Camogli
Ristorante Monile
It is really close to the beach, elegant and well-kept.

Recipe: the Cappon Magro, aromas and flavors of Liguria
Secluded villages with works of rare beauty and, in the caruggi, the aromas and flavors of the genuine, simple and imaginative gastronomy of the region. Ancient recipes linked to the secrets of the sea and to the generous gifts of the earth, which today culminate with skilful reinterpretations of tradition, even by starred chefs. The Cappon Magro is an icon among the Ligurian recipes and represents the union between the sea - fish and shellfish - with the land, the fresh and tasty vegetables. A dish that has become one of the symbols of t...
Continue
Luca: an all-Italian animated film by Disney Pixar
Photo credits: The Walt Disney Company (DISNEY ITALIA) The new Disney-Pixar film tells the story of the adventures of Luca, the young protagonist who spends a holiday in the enchanted landscapes of the Cinque Terre, among picturesque villages and crystal clear sea.The images in the trailer manage to capture the beauty of the territory that only a region like Liguria can offer.
Continue
Nervi and Camogli say no to smoking on the beach
It will be a complicated summer for smokers on holiday in the Ligurian Levant. Several municipalities on the eastern coast of Liguria, including the villages of Nervi (pictured above) and Camogli, will impose a ban on smoking in the beach areas most frequented by tourists. "We will carry out a unique experimentation on the...
Continue
Today we celebrate World Water Day
Today, March 22, we celebrate World Water Day, established in 1993 by the General Assembly of the United Nations. This year the theme is Water for all - Leaving no one behind ("Water for all, let's not leave anyone behind"), which is inspired by the sixth of the 17 goals for the sustainable development of the 2030 Agenda, or "to guarantee everyone the availability and sustainable management of water and sanitation by 2030». «Water is a precious commodity and it...
Continue
Liguria back at the top! Interview to Giovanni Berrino, the councillor for tourism
We asked Giovanni Berrino, the councillor for tourism in Liguria, how the region reached, in 2016, 15 million tourist presences, a figure registered for the last time in 2002, by going back to being one of the most loved territories by Italians and foreigners.
Continue