Share
In the Ciociarian province of Frosinone and about 107 km from Rome there is one of the prettiest villages in Italy: Castro dei Volsci, located on a small hill in the middle of a valley, surrounded by green hills that can exceed 1000mt. In Castro dei Volsci history is mixed with legend since it is thought that even the Templars stopped here: on portals, steps or walls there are in fact many symbols engraved such as the Golgotha, the Triple Belts or the Flower of Life. 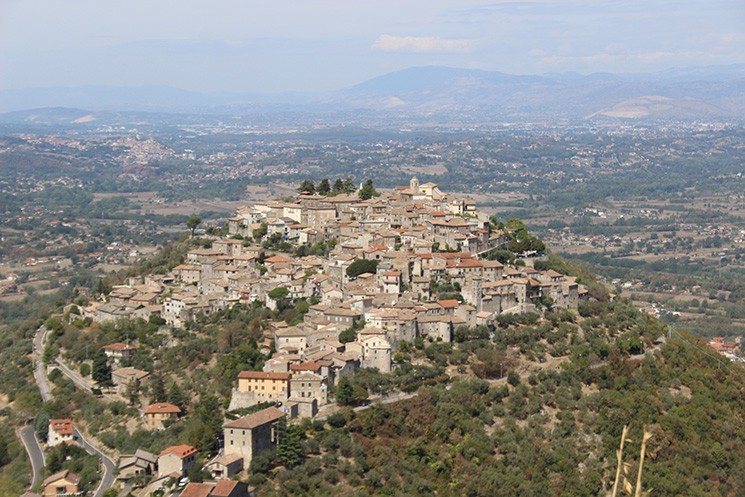 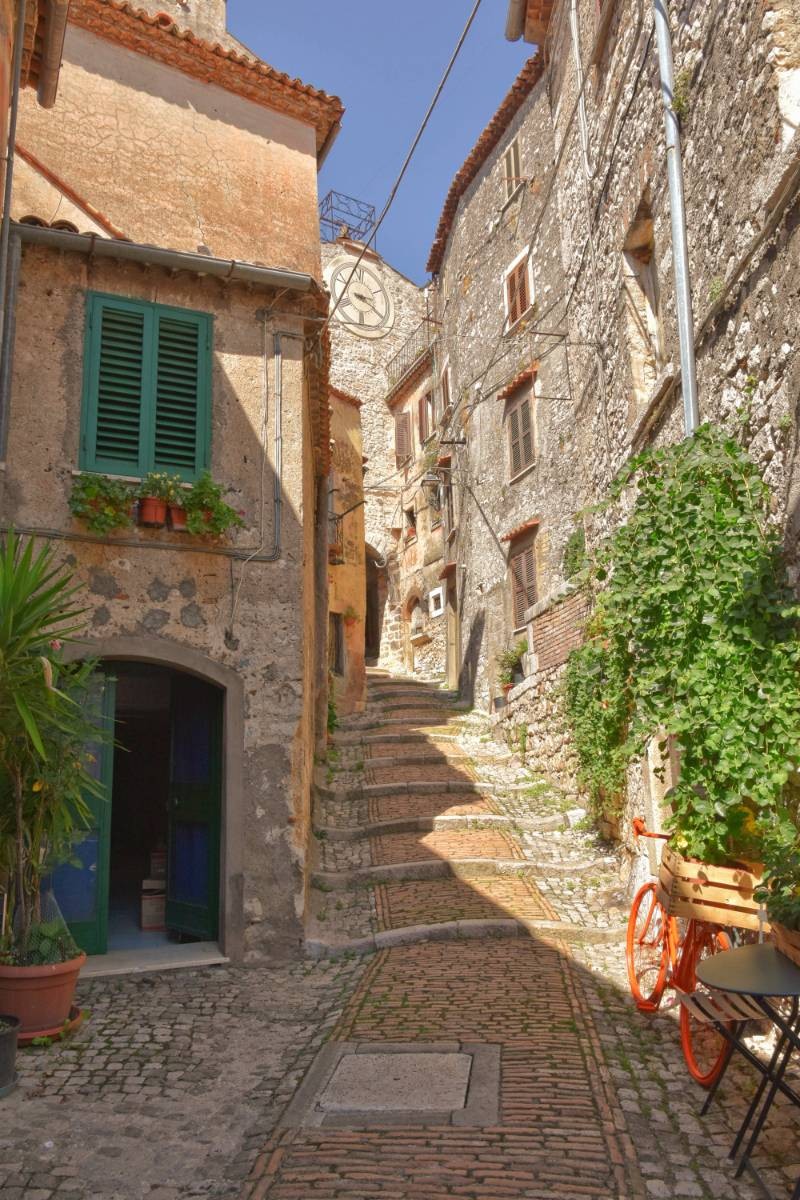 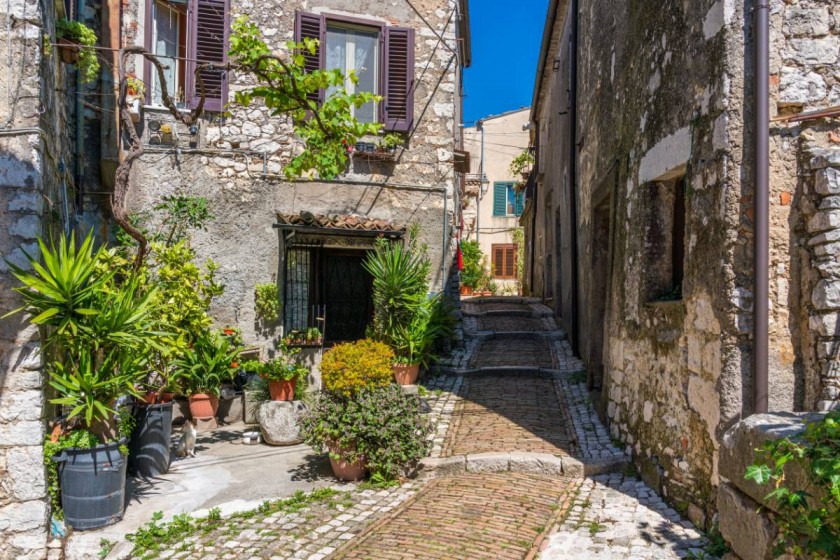 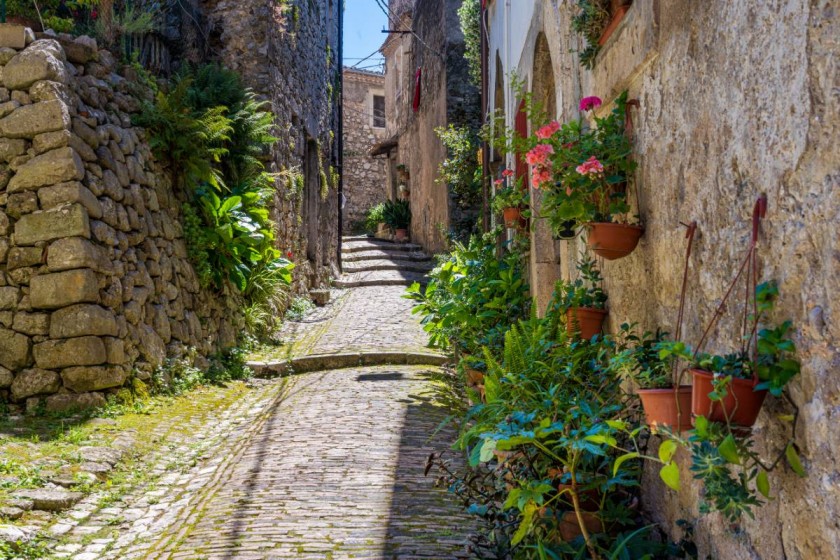 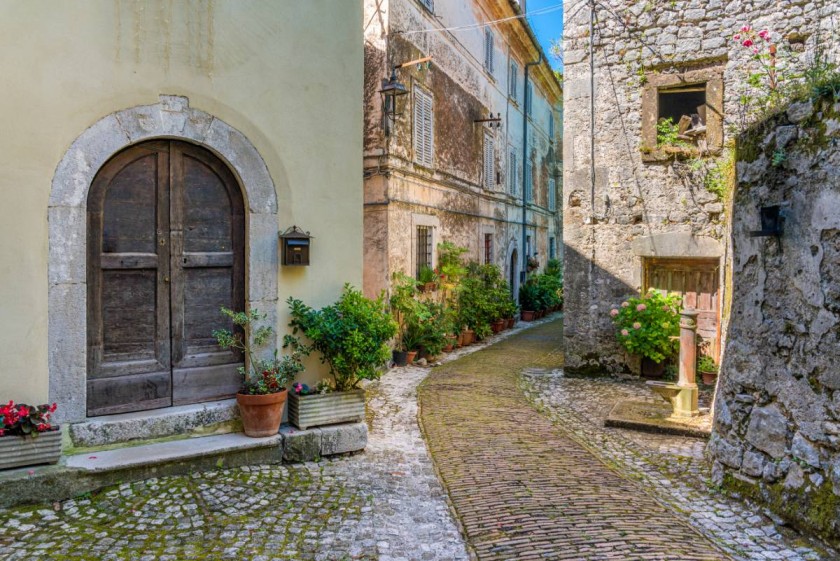 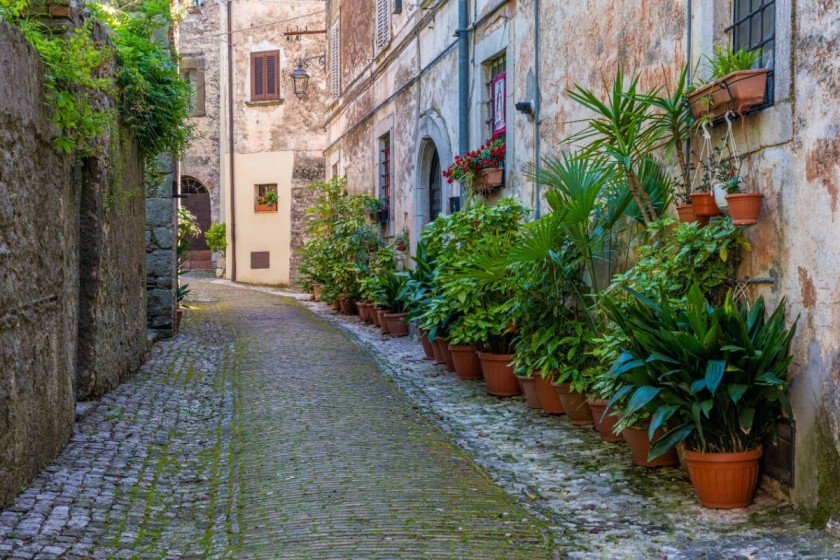 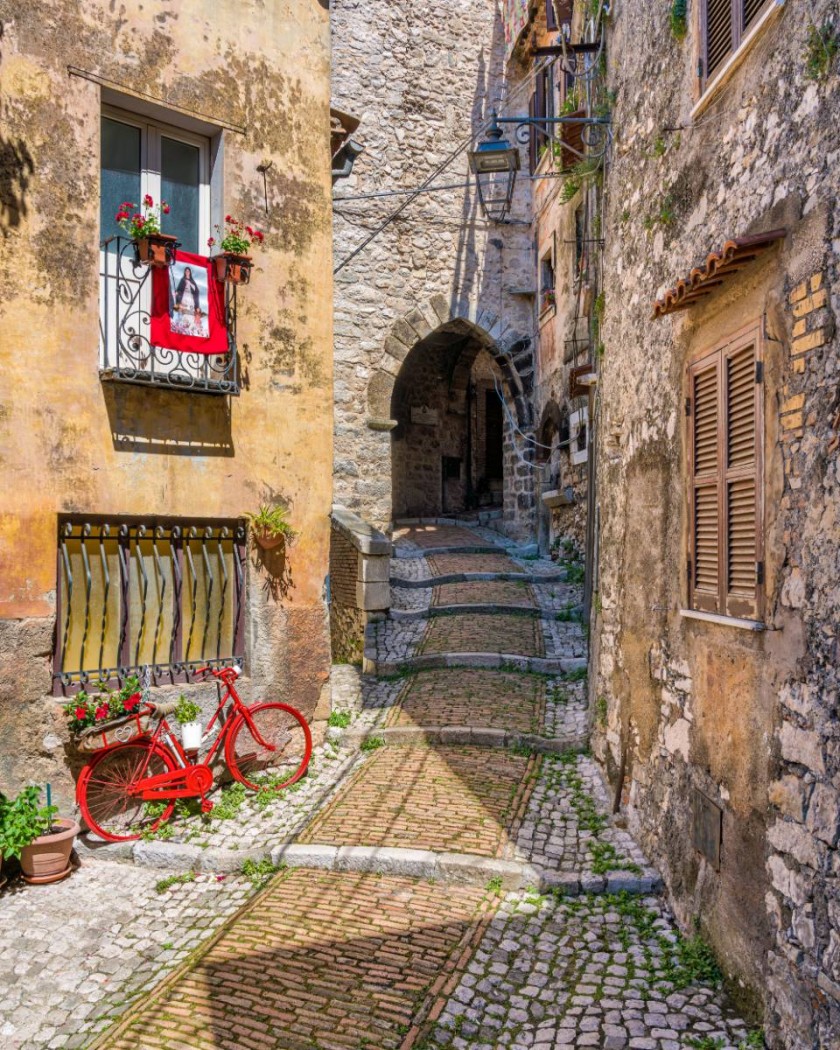 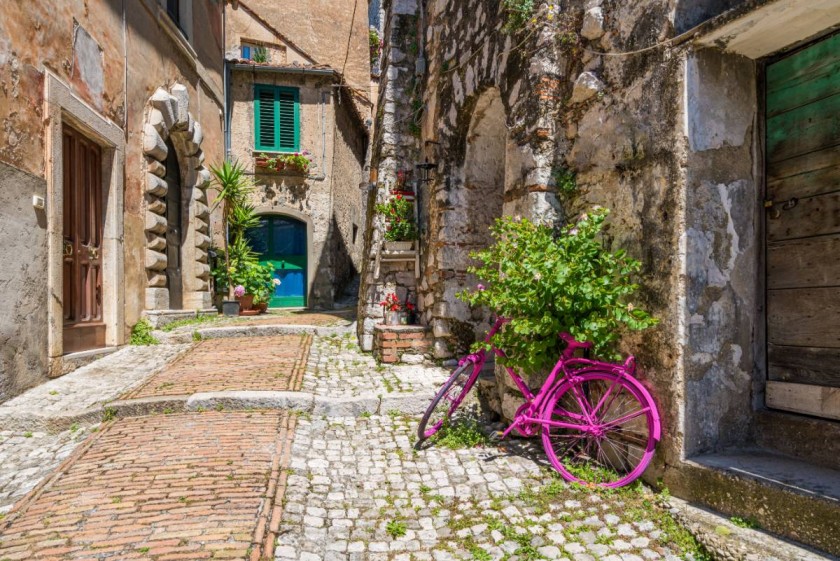 The town is also a starting point to discover naturalistic beauties such as the Caves of Pastena: don't forget that the territory is part of the beautiful Regional Natural Park of Monti Ausoni and Lago di Fondi, guardian of precious biodiversity where many animal and vegetable species survive such as the rare daffodils, lilies and violets.

The name Castro dei Volsci derives from the Latin castrum or fortified camp: Volsci instead refers to the homonymous population that arrived in the territory between the V and VI B.C. through the river communication routes.
This Indo-European civilization was driven out with the arrival of the Romans, who founded numerous colonies there, exploiting the Valle del Sacco, the gateway to southern Italy.

The period of greatest splendour of the village was lived by the Colonna family, a family appreciated by the Pope of Rome, many dynasties dominated the village: from the Carafa to the Borgia, but it was the Colonna family who remained in possession of the feud for the longest time, until the 18th century, when they lost possession in the 19th century.
The actual village developed around the Monastery of San Nicola, built between 542 and 552 A.D. by the Benedictines. Inside you can admire valuable frescoes in clearly Byzantine style dating back to the twelfth century with scenes from the New and Old Testament.

To access the old town centre go through the beautiful Porta della Valle, one of the four gates that opened into the walls, partly visible along Via Civita that climbs in a ring in the highest part of Castro dei Volsci: cross this characteristic road to browse through lace, jewels and wooden artefacts in the "Botteghe della Regina Camilla" (Queen Camilla's Workshops), characteristic places so called to pay homage to the legendary queen of the Volscians who opposed the advance of Aeneas and her lineage.

Beyond the gate, characterized by the presence of a medieval tower and rooms for the guardhouse, you will find yourself in the heart of the town: you will walk along cobbled alleys, among stone houses, staircases, arches and ashlar portals. Not far from Porta della Valle stands the Romanesque Church of Santa Maria, presumably dating back to the 12th century: inside you can admire an 18th century organ and a splendid marble stoup in the shape of a lily.
The other church worth a visit is the baroque church of Santa Oliva, custodian of an altar dating back to 1537 and a painting attributed to Mola depicting St. Sebastian.

What to do in the village
Head for the Civic Archaeological Museum. This museum space contains finds dating back to a period ranging from prehistoric times to the early Middle Ages: in addition to a remarkable collection of coins, it preserves the remains of the Roman domus of the archaeological area Casale di Madonna del Piano, including a marble slab part of a sarcophagus dating back to the 3rd century A.D. which seems to have guarded the body of the little freedman Artemisio.

Before leaving Castro dei Volsci visit "Mamma ciociara", a statue erected in 1964 in memory of those bombings that during the Second World War partially damaged Castro dei Volsci. The sculpture, which recalls the events narrated by Vittorio De Sica in the film "La Ciociara", is placed on a viewpoint from which on clear days you can even see Monte Cassino and Palestrina: in autumn you can often admire Castro dei Volsci shrouded in fog, making the show even more fascinating and suggestive.

You should know that Castro dei Volsci is a very lively village, hosting during the year many events that attract tourists from all over the region. For example, during the period of Advent the whole village takes part in giving life to the Living Nativity scene: the citizens dress up in historical costumes reviving ancient crafts, among alleys and small squares illuminated only by the light of flickering torches. In October Castro dei Volsci, the birthplace of the great actor Nino Manfredi, hosts the International Short Film Festival, while in February there is the happy Carnival of Folklore.

If you are looking for a way to discover the enogastromonia of the place, this is the right occasion. You'll have the opportunity to taste some of the specialties of the place, such as the fine-fini (noodles seasoned with a sauce based on chicken offal), the tonnarelli alla ciociara, the soup of stale bread, almond tozzetti, macaroons and donuts with wine: don't miss to water it all with a good glass of passerina del Frusinate.

From Castro dei Volsci you will then have the opportunity to reach the Caves of Pastena, a true naturalistic jewel of the Ciociaria, only 11 km away from the village and part of the Regional Natural Park of Monti Ausoni and Lago di Fondi. You will find yourself inside an underground world marvellously shaped by the slow erosion of the waters of the thunderous Fosso Mastro: you will walk among stalagmites and stalactites of the most curious and extravagant shapes, crystal clear lakes and waterfalls like those present in the spectacular Sala del Lago Blu.

Find where to sleep in Castro dei Volsci

Villages of Italy: the 4 most characteristic squares to visit
The Italy of the villages boasts a number of beautiful and captivating squares that stand out for their regional typicality and for the leap of historicity that they still tell. There are some of these that are really special and deserve an honorable mention because to visit absolutely. Otranto: Basilica square in the historical center of the cityIn the spectacular square of the Basilica, one of the most charming and magical places in the his...
Continue