Share
A typical mountain village nestled on a steep slope of the Fortore valley, Roseto is sufficiently well preserved, like a small treasure chest of memories of the local art of stonemasons. The urban layout is of medieval origin and the alleyways can be walked step by step in tranquility, welcoming the scents and glimpses of greenery of the nearby Vetruscelli forest. 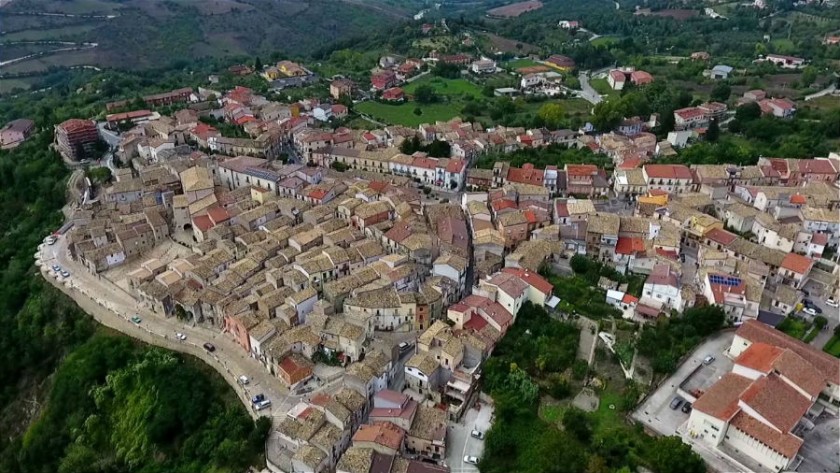 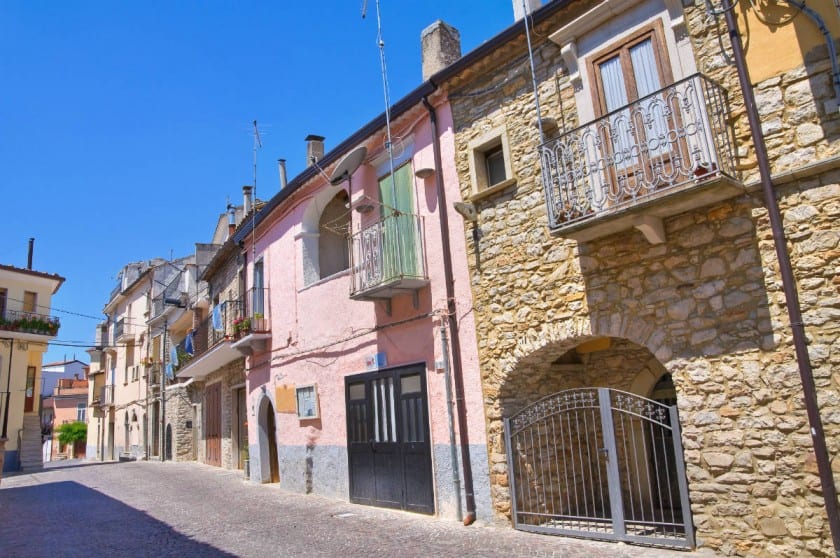 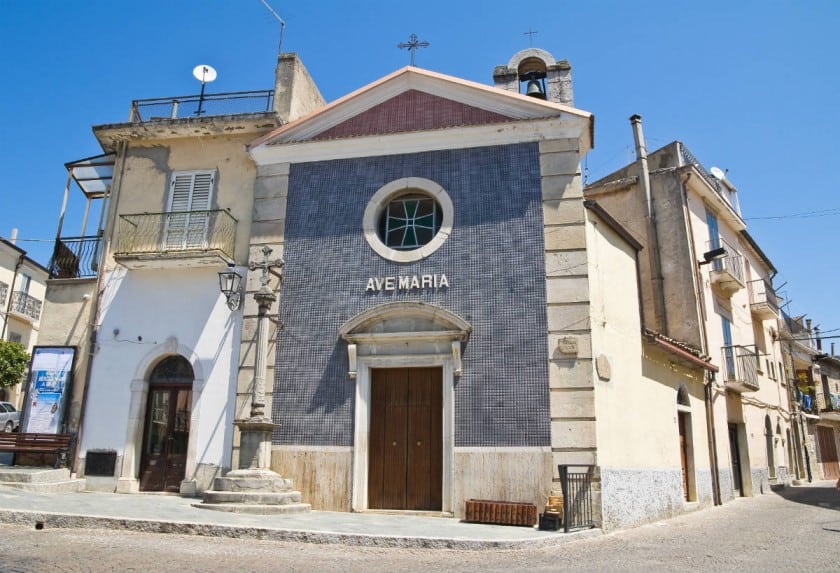 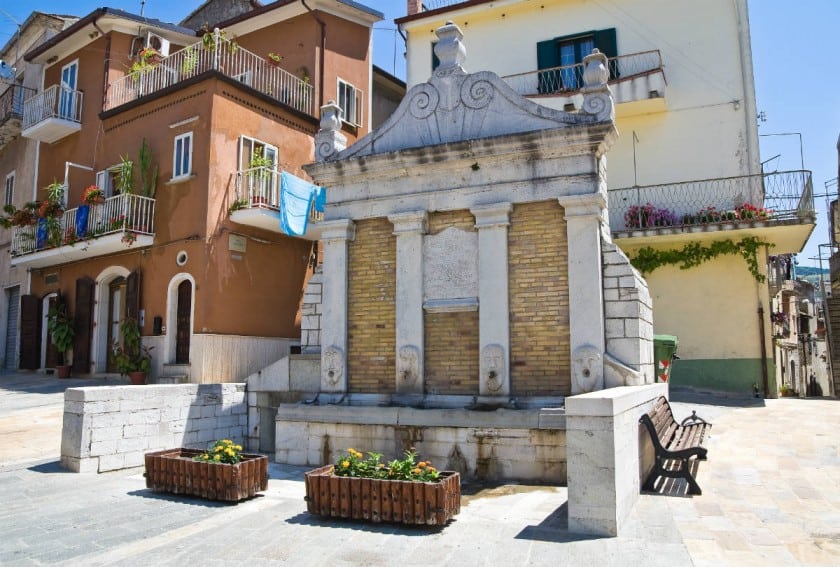 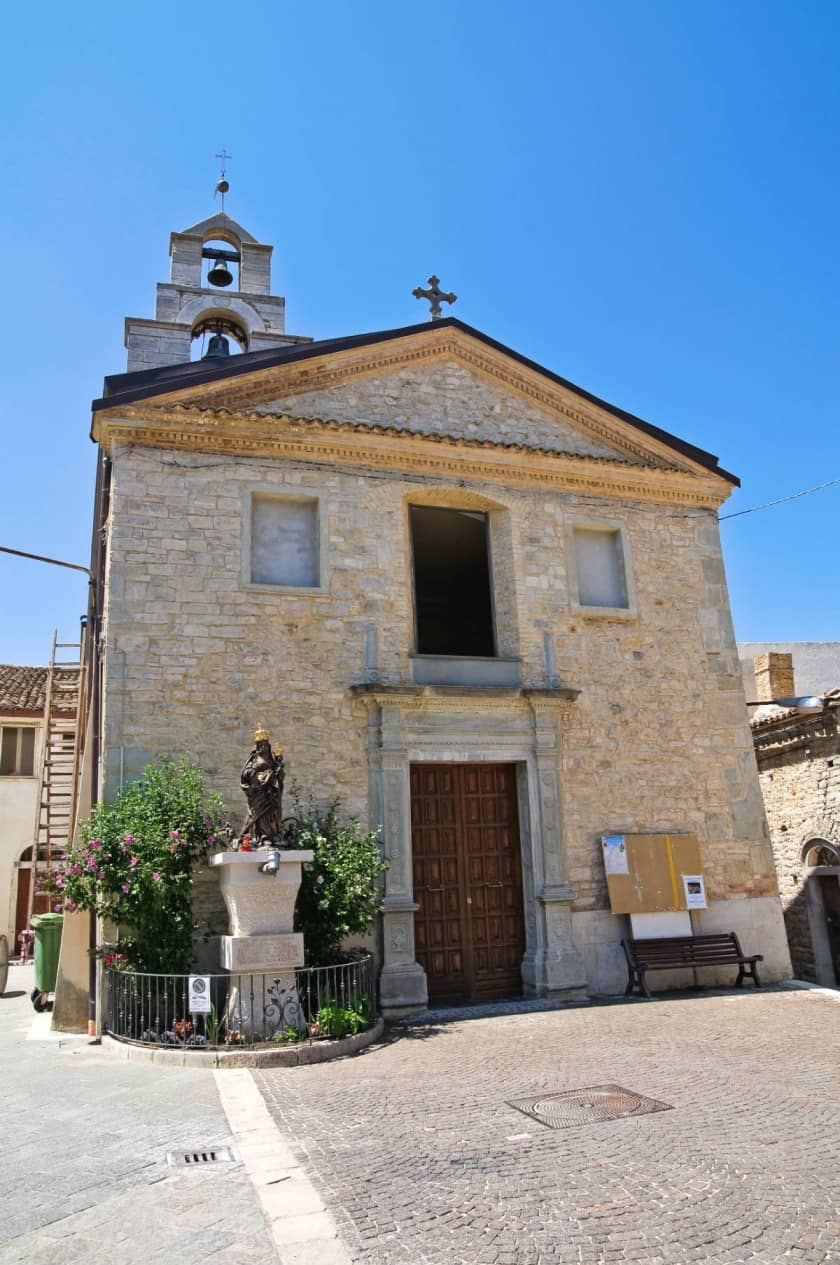 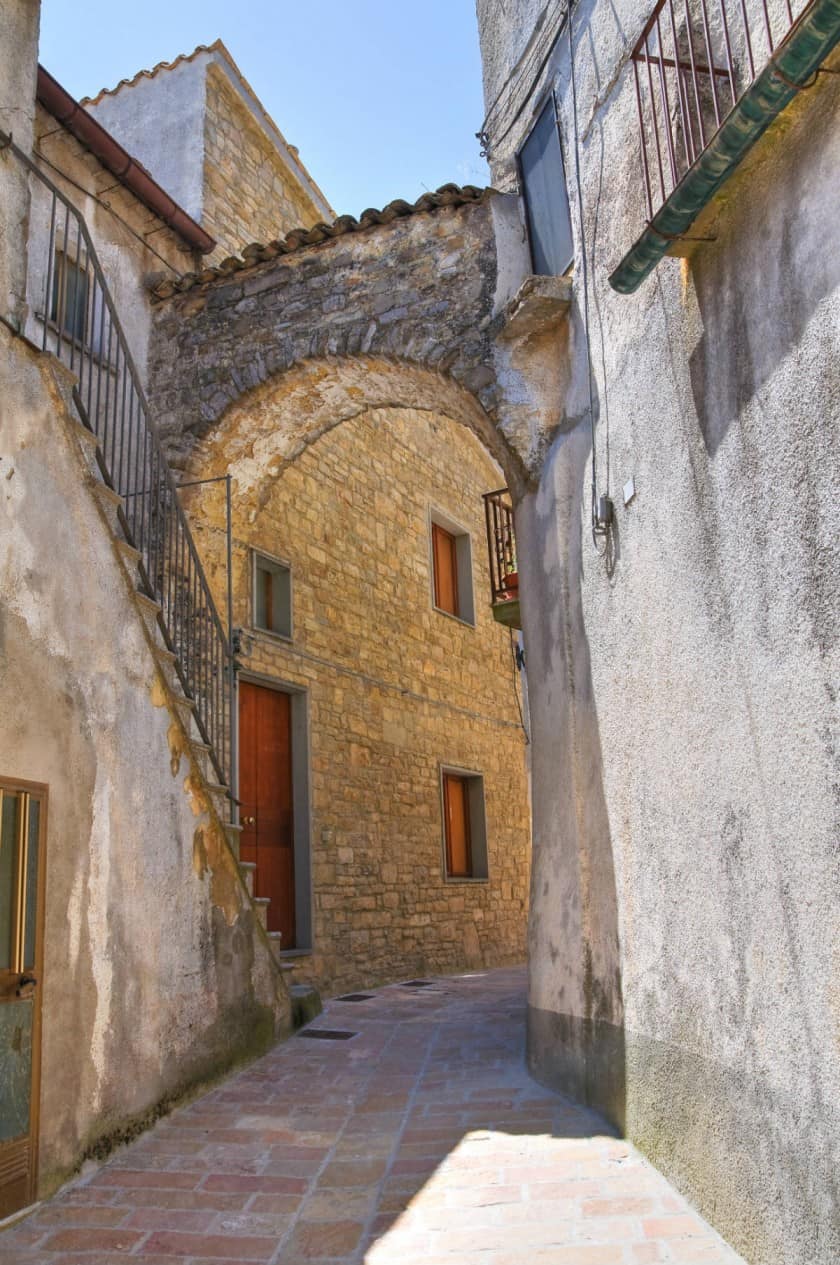 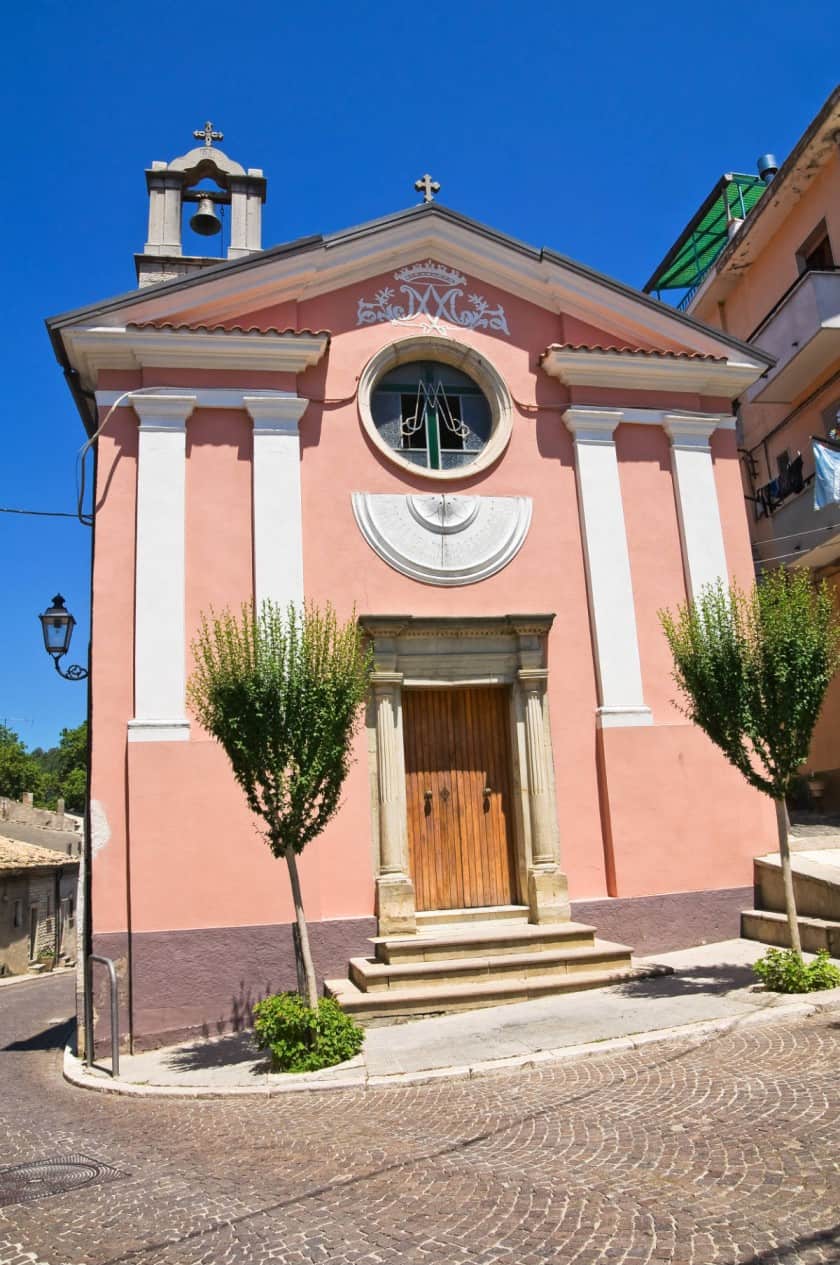 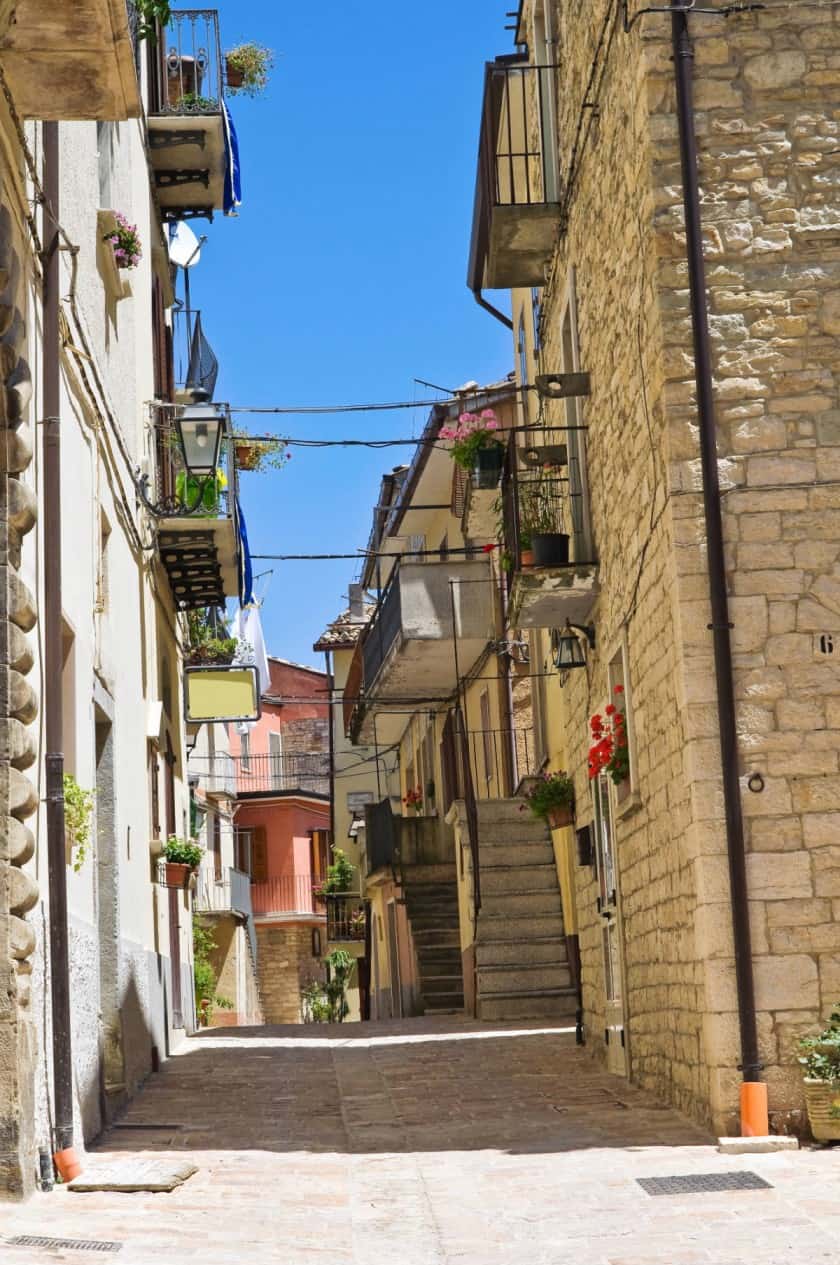 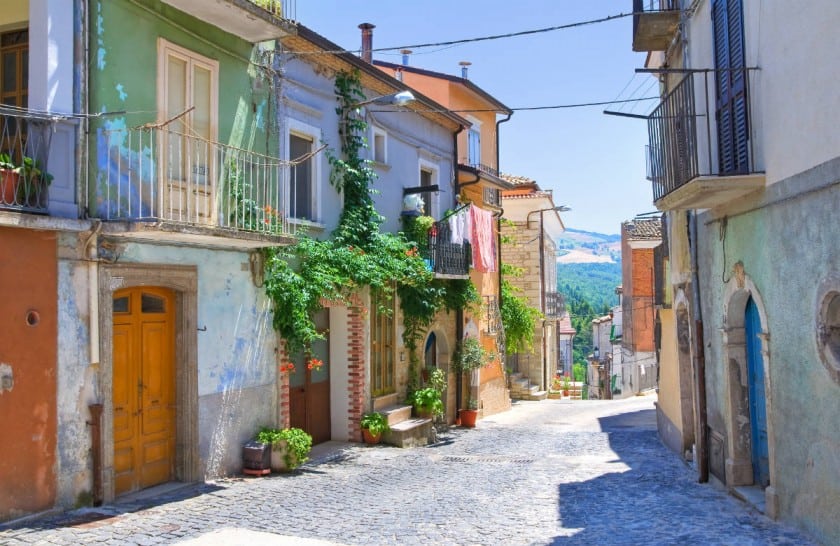 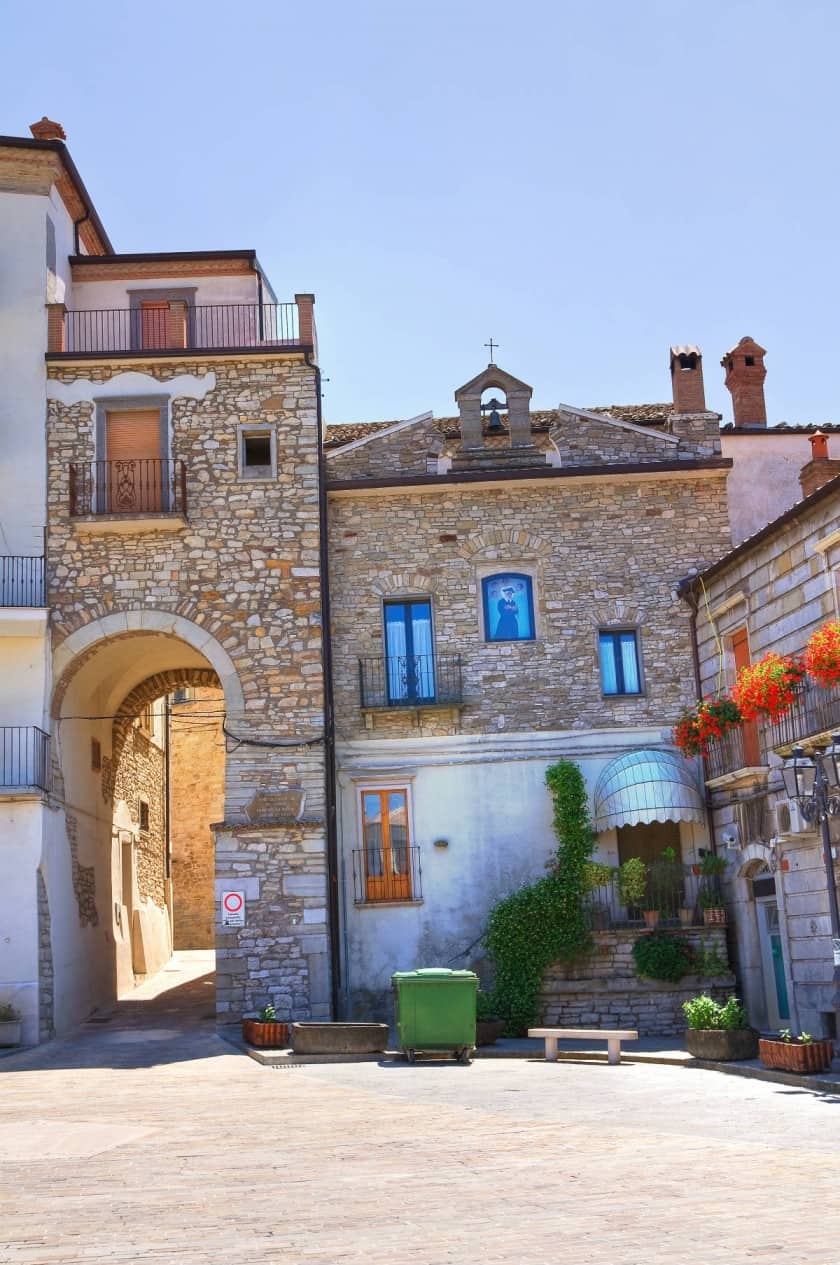 A look at Roseto Valfortore

Anciently called Rosito, takes its name from the abundance of wild roses in its territory. The addition of Valfortore must be referring to the river Fortore that was born in the east of the country and will furrow the valley. The origins of Roseto Valfortore Rusìte (in dialect, until 1862 Call Roseto) seem to date back to the Romans, data discoveries dating back to the first century A.D. in its territory. In 752 appears for the first time the name "Rosito" with which the Lombard Duke Liutprando decreed the freedom for the Slave Cunda and son Liupergo. After be belonged under the Norman domination of the County of Ariano, Roseto passes to Guglielmo il Guiscardo in 1122, duke of Puglia, following a successful attack. In 1294 Bartholomew I of Capua s implanted in the feud of Roseto in place of D'Assimal who had received from Charles of Anjou after the taking of Lucera. In 1497 Bartolomeo III, received confirmation of the feudal king of Naples Ferdinand the Catholic, brings the village to the maximum splendour. In the next two centuries shall assist at various steps of the property.

In 1848 Roseto participates actively in the uprisings of the risorgimento and lives and then the adventure Garibaldi with bloodshed. In 1860 in fact the troops garibaldine in command of Liborio Romano, namesake of the politician leccese, bring to iron and fire the country, tragic epilogue shooting six soldiers bourbons. In 1882 begin instead the transfers to the USA where in 1912, Pennsylvania emigrants of Roseto give life to a new country over ocean facendono, enter the ranks of the Municipalities of America. The migratory flow resumes at the end of the Second World War, this time to Canada, quickly causing the depopulation of the village: the 5400 inhabitants then to 1083 of our days.

Set on a steep slope of the valley of the Fortore, the village of Roseto is sufficiently well preserved, as a treasure chest of memories of the local art of the stonecutters. The urbanistic plant is of medieval derivation and the alleys you leave go step by step in calm, welcoming the perfumes and the glimpses of green near Bosco Vetruscelli. It could not be otherwise, for a country that takes its name from the Rosa canina and the roses, in addition to having them in the coat of arms, the cultivates also along the main road. The alleys (stréttole) of the historic center of Roseto all depart from Piazza Vecchia. Are arranged according to a technique of Lombard construction: one wider on which overlook the stairs of the dwellings, alternates closer which acts as collector of rainwater. At the bottom of every alley there was a door which was closed at sunset, protecting the town.

Adjacent to the old square stands the majestic Mother Church, built by the feudatory Bartolomeo III of Capua in 1507. It is to admire the balustrade, sculpted in stone from local artists rosetani. With the same stone are sculpted with two sarcophagi gentilizi traditionally associated to the names of Tuleje and Mmaleje. In front of the left side of the Church Mother you note the Palazzo Marchesale, also wanted by Bartolomeo III. In front of the main staircase of the Mother Church there is an arc of the earth which served as the main door. In a corner of the exterior wall that lies above the arc, one sees a stone head that perhaps depicts one of the feudal lords of Roseto. Certainly it was raised the flag in the days in which the feudatory administered justice.

In 1623 the archpriest De Santis brought in Roseto the cult of San Filippo Neri, which then became the patron saint of the town. In his dwelling, transformed into an oratory, it preserves a precious bust of silver of the holy. At the center of the village is the church of SS. The body of Christ, an important place of worship in the XVIII and XIX centuries. Restored and renamed with the name of Christ the King, is now deconsecrated. The work of scapellini rosetani represents the artistic heritage most important in the country. Portals, columns, bas-reliefs were realized by teachers who for centuries have worked the stone of the local quarry, situated to the south of the village.

The territory is rich in springs and water trickling fountains, water mills, picnic areas, clocks and sundials, between which a mechanical clock, very old, whose quadrant is the work of local artists (located on the bell tower of the Parish) and a sundial which embellishes the front of the Church of Santa Maria Lauretana. In the wooded areas surrounding it is possible to find the black truffle, but also the white truffle, the bianchetto and the barbed. Each year were held at the festivals on the black truffle, but assumes great importance in this small village of the Subappennino Dauno also honey together with truffle honey.

the Municipality is part of:
I Borghi più belli d'Italia
Borghi Autentici d'Italia

Prior's Tower
The Palace and the Tower of the Grand Prior of Alberona, in Puglia, dates back to the XII century.

Piazza Civetta, 11, Alberona (Foggia)
7.18 Kilometers from Roseto Valfortore
The house of the Captain
This is one of the historic buildings more interesting in the village of Faeto. Therein lies the ...

Via Roma, Faeto (Foggia)
7.67 Kilometers from Roseto Valfortore
Byzantine tower
the imposing Byzantine tower, dominating the village of Biccari, in Daunia, is situated in Puglia.

Viale Cappuccini - 71013 , San Giovanni Rotondo (Foggia)
63.11 Kilometers from Roseto Valfortore
Norman Tower
From the top of the Normar Tower you can enjoy a wonderful panorama upon the village of Pietramon...

Via Arco Ducale, Pietramontecorvino (Foggia)
19.07 Kilometers from Roseto Valfortore
Merinum Necropolis
The ancient Paleochristian necropolis of salted cemetery complex to the east of the town, located...

Strada Provinciale 52, Vieste (Foggia)
104.22 Kilometers from Roseto Valfortore
Sanctuary of San Pio da Pietrelcina
The church of Padre Pio, also known as the sanctuary of San Pio, is a place of Catholic religious...

Find where to sleep in Roseto Valfortore

Our news about Roseto Valfortore

Global Greening 2021: here are the sites in Puglia that will be coloured green
St Patrick's Day is celebrated on 17 March all over the world. Some people think that the saint is most loved and celebrated in Ireland, the island he converted to Christianity by driving out paganism for good. In fact, in every country where Irish immigrants live there are celebratory events from Chicago, where the river is tinged with green, to Canada and Italy. Since 2010, one more initiative has embraced the world in the name of St Patrick: Global Greening. Puglia sites part of Global Greening 2021Global...
Continue