Share
Surrounded by luxuriant woods, Biccari is a treasure chest of precious medieval testimonies. Here, in a cordial and genuine atmosphere, you can experience the proverbial hospitality of the Biccaresi and, through numerous itineraries, learn about the traditions, customs and flavors that still exist. 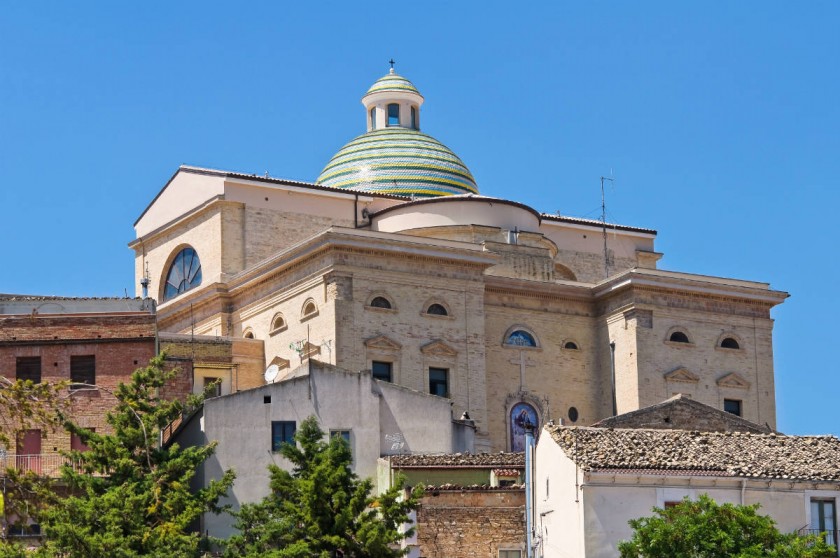 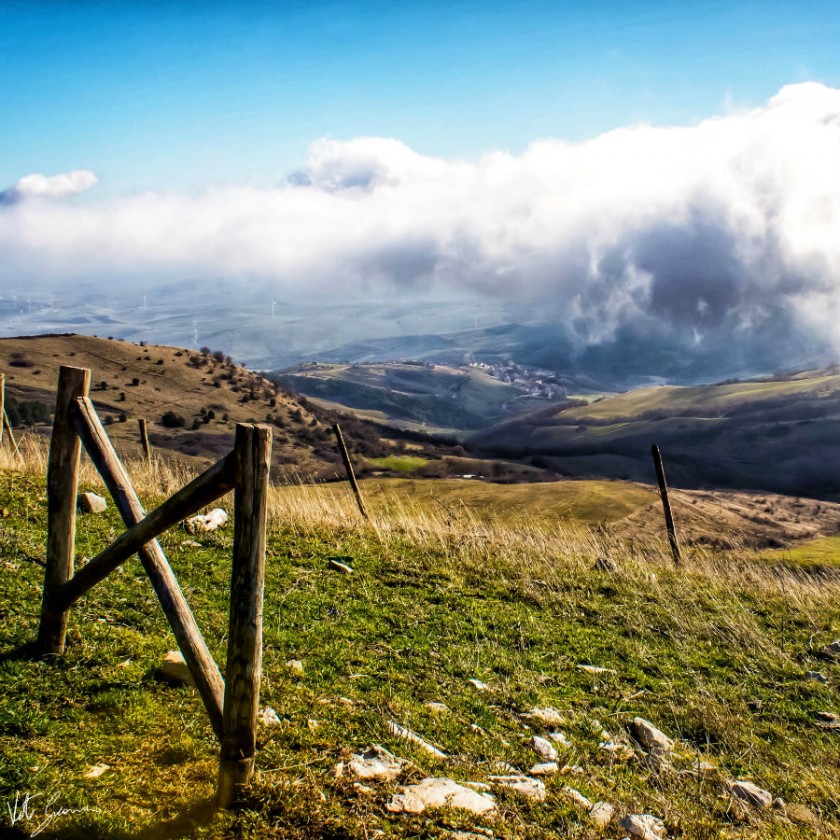 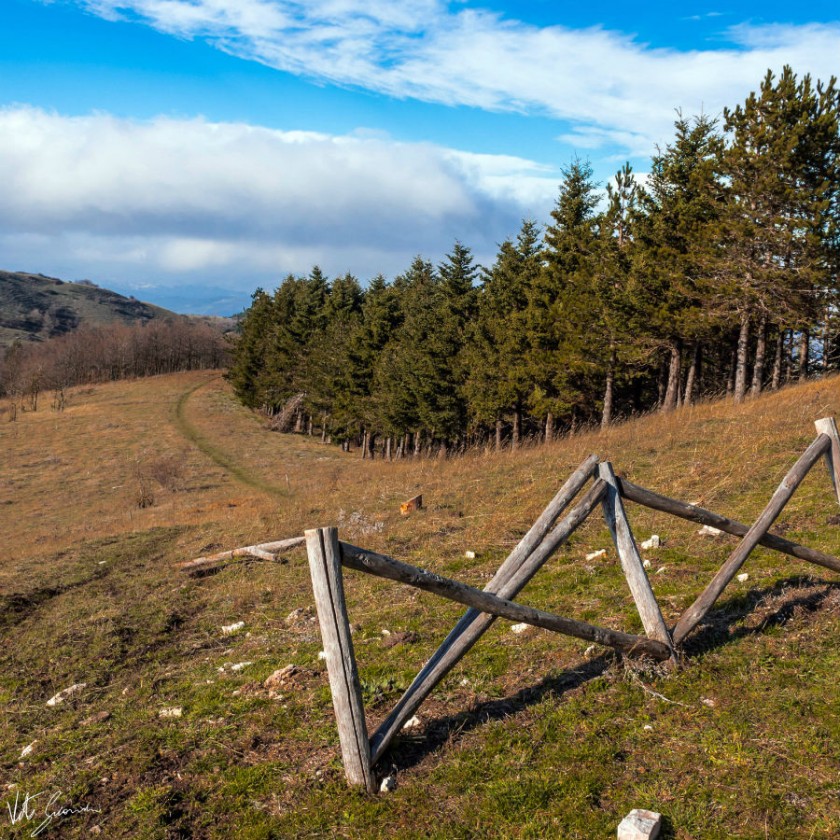 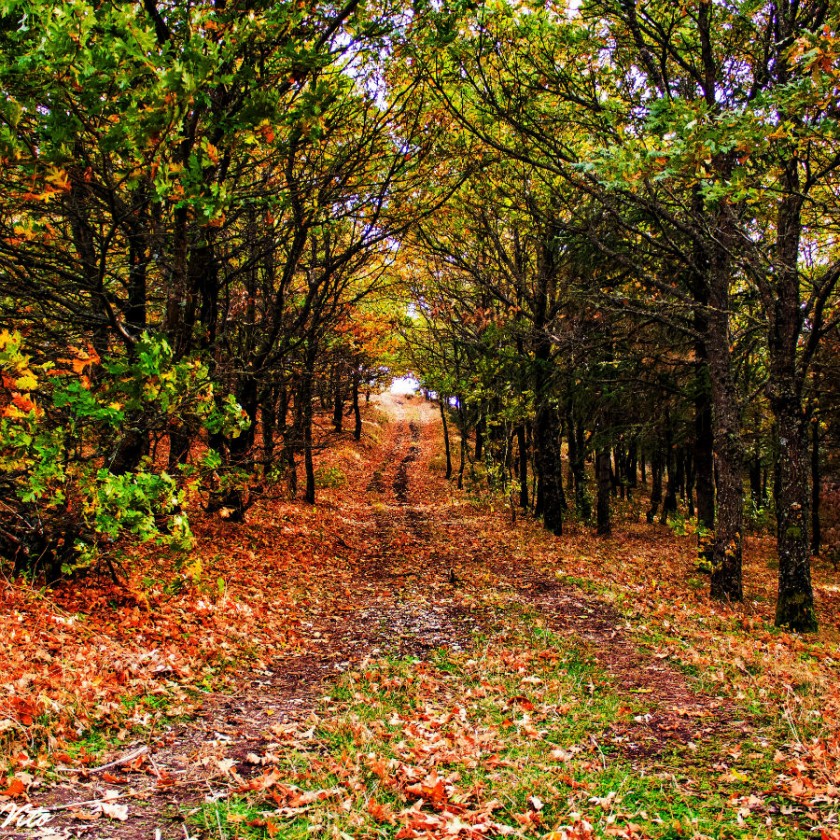 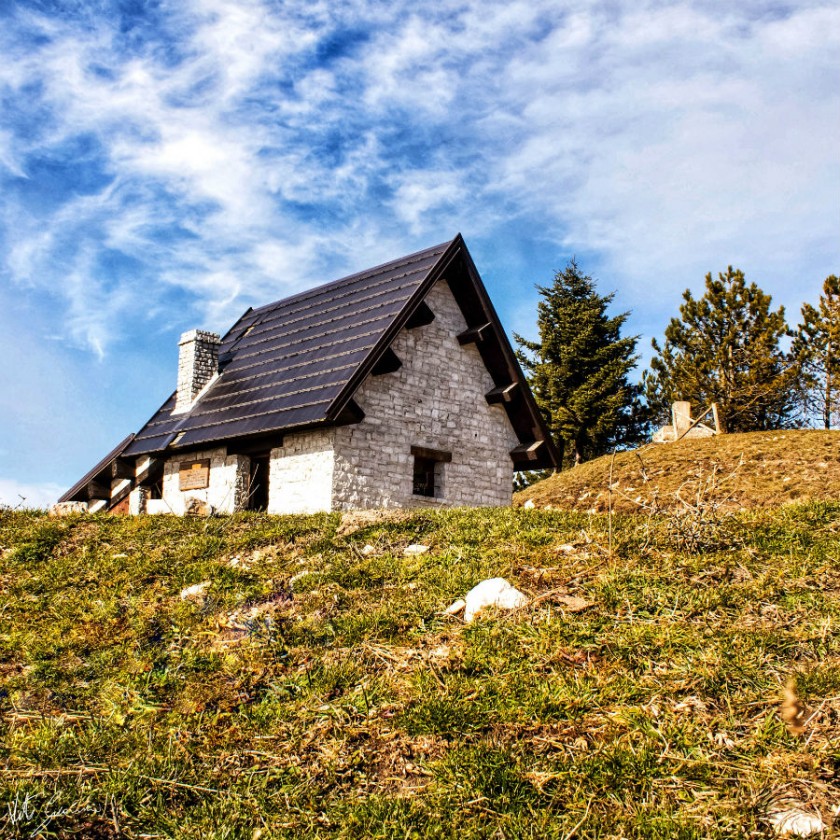 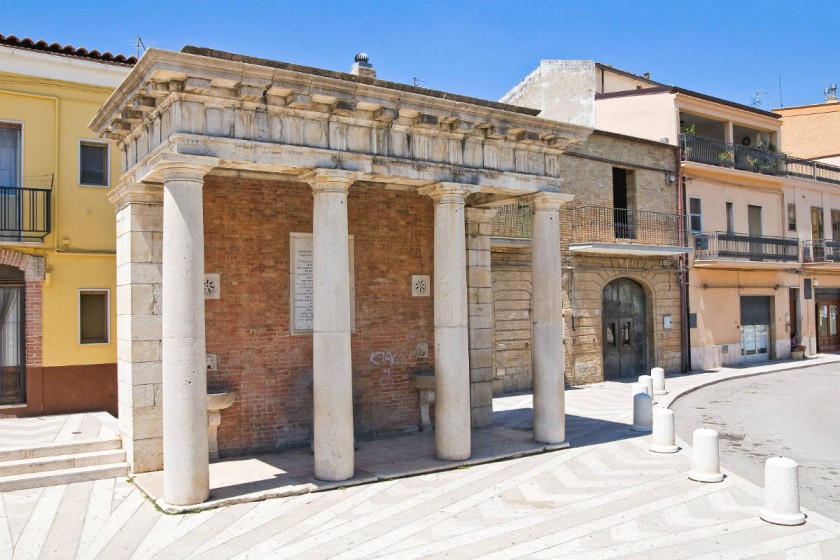 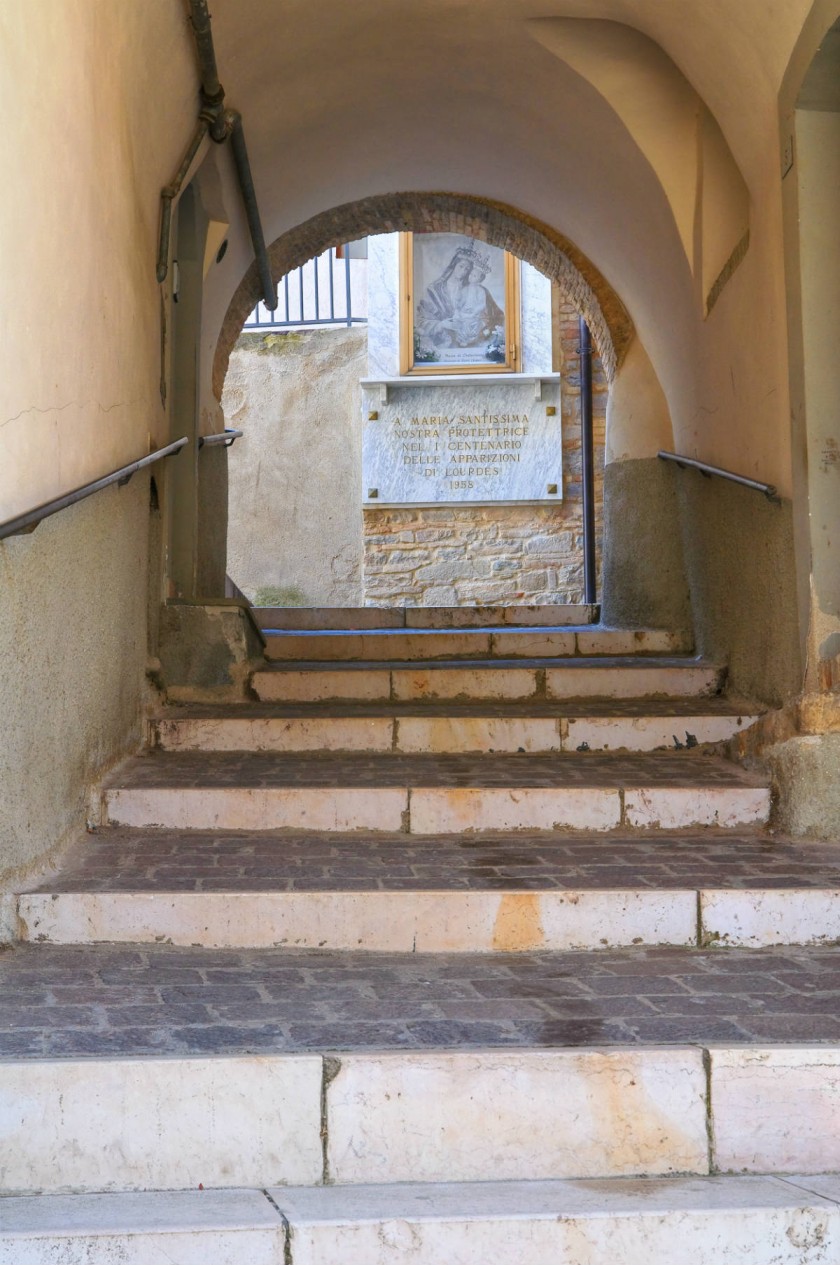 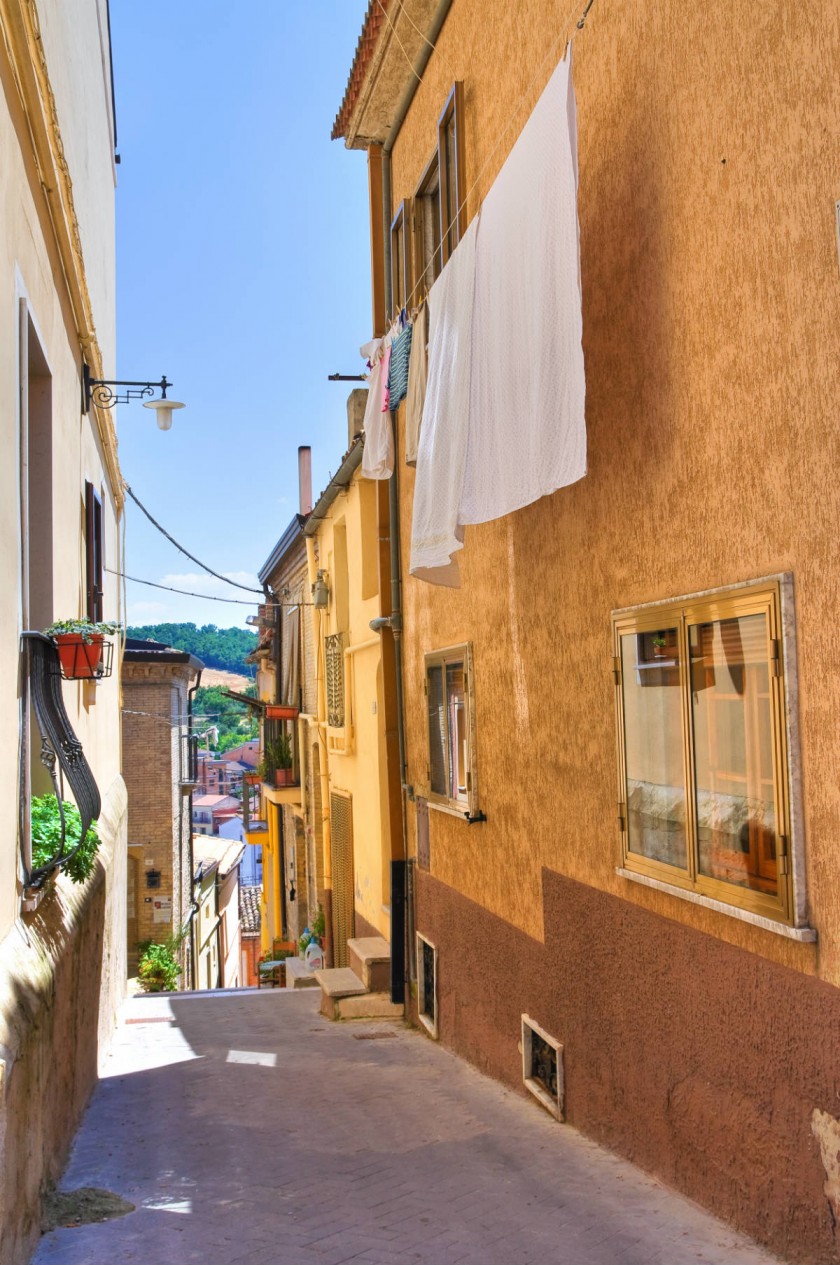 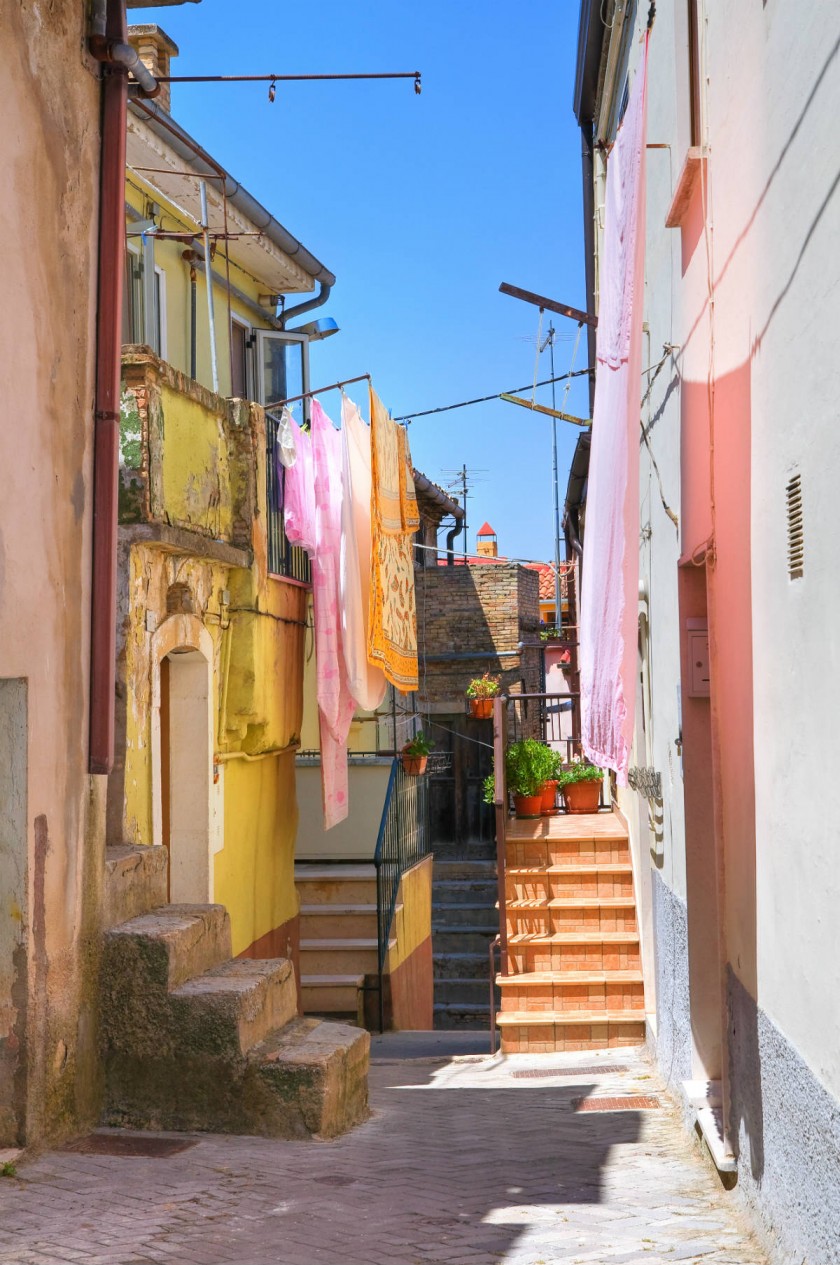 A look at Biccari

Moving from the Capitanata toward the Dauni mountains, almost at the foot of Monte Cornacchia, there is the village of Biccari, in Puglia. Set on rolling hills, quiet and peaceful, surrounded by woods of Cerro, maple, beech, elm, downy oak and hawthorn and enchanting meadows interrupted only by the lovely stretch of water of Lake Pescara, discovers the current inhabited center by the clear medieval origins. Here, in a friendly atmosphere and genuine, you will be able to experience the proverbial hospitality of Biccaresi and through numerous itineraries, know the traditions, the costumes and the flavors that still exist.

Within the territory of Biccari, in Daunia, was discovered the Neolithic settlement highest of Apulia, to over 700 mt. of altitude, in the locality of Grove, along the bank of the stream component, a few kilometers from the town center. The origins of the inhabited center of Biccari are certainly to be put between the 1024 and the 1054 by the Byzantines Catepano of Basilio Bojannes (Bogiano) and the Vicar of Troy, Byzantium de Alferana. Testimony of the era is the mighty cylindrical tower, forming part of a series of military outposts made to better defend the via Traiana, important artery of connection for the traffic and trade between the zone Irpina and the Tavoliere. The name Vicari (Biccari) appears for the first time in an act of august 1054 with which the widow Sikelgaita donated all his possessions to the monastery of San Pietro in Vulgano. After the victory over the Byzantines at the river Olivento, a Norman official of the army of Roberto il Guiscardo, a certain Pagano, takes possession of Biccari and fortifies the primitive village founded in the shadow of the tower, causing it to become a "fortified city". The same Pay favors the birth in Biccari a new bishopric in 1067. Guglielmo d'Altavilla, nephew of Roberto il Guiscardo, favors the enlargement of the inhabited nucleus toward Porta Wells and enlargement of the territory of Biccari. With Guglielmo de Riccardo, Biccari becomes a barony of the County of Civitate. In the XV century, Biccari is domain of Banner: noble family french moved in the Kingdom of Naples to the succession of the Angevins. And' Matthew Banner the construction of lytic cross of port of Wells 1473 and White Convent of Sant'Antonio completed in 1477. In the XVI century begins the Lordship of Caracciolo: noble Neapolitan family. In 1534, Marcello Caracciolo obtained by Emperor Charles V the title of Count of Biccari. To him we owe the construction of the palace, today seat of the Town Hall. In 1792 the feud of Biccari passes to the Royal Court of Naples. In 1860 Biccari was affected by a revolt antiunitaria jaded in blood.

Of particular historic and artistic interest: the Byzantine Tower, the historical center, the medieval portal of Palazzo Gallo (piazza Don Luigi Sturzo), the roman-gothic church of San Quirico of the XV century, the Convent of Sant'Antonio (1477), the cross roads of Door Wells (1473), the Palazzo Caracciolo, the Church of the Assunta, the wooden altar richly carved and decorated in pure gold of San Michele (XVIII century), the palazzo Goffredo of 800 with its majestic facades, the fortified of Santa Maria and Imporchia, Palazzo Pignatelli of Tertiveri.

Biccari boasts over to many areas of excellence in the field of historical and cultural but also a series of exciting products typical gastronomical, first among all the the pizzas at furne apierte', a species of bread crushed that we knew in ancient times in the expectation of the baking of bread. The dough was originally the same of bread: flour, water, potatoes, yeast and salt. Over the years, the dough was enriched with simple ingredients to make the crushed even moreù tasty. After the second world war, in fact, added oil (strictly produced by olive groves biccaresi) oregano and, to taste, the chili pepper.

Byzantine tower
the imposing Byzantine tower, dominating the village of Biccari, in Daunia, is situated in Puglia.
Piazza Torre, 11, Biccari
Ethnographic Museum of Peasant Civilisation.
The Ethnographic Museum of Peasant Civilization is located in Biccari, in Daunia.
Via Municipio, 7, Biccari
Prior's Tower
The Palace and the Tower of the Grand Prior of Alberona, in Puglia, dates back to the XII century.

Piazza Civetta, 11, Alberona (Foggia)
7.21 Kilometers from Biccari
The house of the Captain
This is one of the historic buildings more interesting in the village of Faeto. Therein lies the ...

Via San Basilio, 22, Troia (Foggia)
10.15 Kilometers from Biccari
Avalos Palace, the Civic Museum and the ghost of the Marquis
Seat of the Municipal House, Avalos Palace was built in the XVI century and enlarged in 1643 by F...

Piazza Episcopio, 5, Troia (Foggia)
10.26 Kilometers from Biccari
Church of Sant'Elia
The church of Sant’Elia is the mother church of Peschici

Via Chiesa Madre, 30, Vico del Gargano (Foggia)
83.97 Kilometers from Biccari
Castle of Peschici
The castle of Peschici, built by the Normans, was built to protect the Gargano lands from raids.

Via Roma, Faeto (Foggia)
8.58 Kilometers from Biccari
Avalos Palace, the Civic Museum and the ghost of the Marquis
Seat of the Municipal House, Avalos Palace was built in the XVI century and enlarged in 1643 by F...

Via Regina Margherita, 84 , Troia (Foggia)
10.15 Kilometers from Biccari
= distances as the crow flies

Find where to sleep in Biccari

Lungomare Enrico Mattei, 69-70, Località Scialara, Vieste (Foggia)
96.98 Kilometers from Biccari
B&B Residenza Collina dei Pini
The residence is situated on a hill at about 1.5 km from the coast of Vieste, on the Gargano.

Via Marie Petit Pierre, 1/7, Faeto (Foggia)
8.73 Kilometers from Biccari
Cantina Il Trappeto
The surrounding area is the basic ingredient of the genuine dishes of the Casentino and Tuscan tr...

Via de’ Matteis, 16, Vico del Gargano (Foggia)
84.05 Kilometers from Biccari
Punto & Pasta
In the village centre there is this pastry shop-bakery that produces orecchiette, cavatelli, home...

A Biccari dreams are made outdoor
Are you an incurable romantic and want to sleep hugged under the stars in the middle of nature? Next summer, in Biccari, dreams will be made outdoor. The administration of the small Apulian village lying on the hills of Foggia has announced a novelty destined to attract lovers and excursionist couples. It will be possible to spend the night in the woods of Daunia or on the shore of Lake Pescara
Continue