Share
The history of the village of Gradella is closely linked to the Maggi family, a noble Brescia family. Villa Maggi is one of the most interesting civil architecture in the village. Gradella is also famous for its high quality products, in this small corner of Lombardy there are in fact small dairies that produce excellent products, including "panarone", a typical cheese born in Pandino and with a bitter-bitter taste. 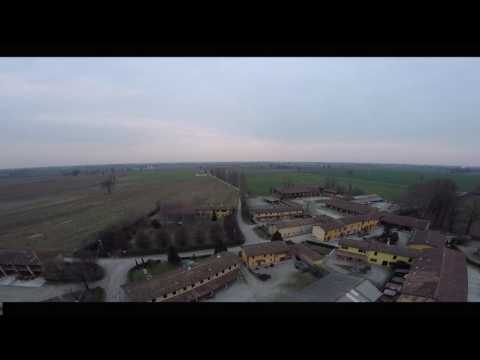 The rural village of Gradella, in Lombardy, probably existed already starting from the VIII-IX sec. as garrison longobardo, but the first written reference in which appears the name of Gradella is of 1186, when Federico Barbarossa conceded in Milan various possessions, including Gradella and Pandino, Agnadello and revolt. The history of the village of Gradella is closely linked to the Maggi family, noble family from Brescia. In fact, starting from 1558 Onofrio Maggi, chancellor and captain of justice, began to buy land in the area of Gardella becoming in a short time the owner of the village where he commissioned also the villa. Jerome, descendant of Onofrio, obtained the investiture from part of King Charles II of Spain (under whose jurisdiction fell even the Duchy of Milan) of the feud of Gradella with the title of count. In the Thirties the property of Gradella step to Count Aymo Maggi, famous for being one of the creators and organizers of the Mille Miglia, who devoted a lot of attention to the village and its inhabitants making build schools, asylum, the aqueduct, the public baths and the sports field. In the course of the centuries the lords of Milan chose this small village for their residences of holidays, because he is surrounded by woods and therefore ideal for hunting.

The village of Gradella deserves a promenade made with calm, to enjoy the rural town, with the characteristic houses painted in yellow and profiled red bricks and the courts communicating. Wandering through the streets of Gradella, it is also possible to come across a group of deer, brought here from the last Countess Camilla Maggi, since these animals were one of his Passion. The main places of interest within the small village are Villa Maggi and the Parish Church dedicated to SS Trinity and S. Bassiano.

Near the village of Gradella, in the village of Pandino, is located one of the best preserved Visconti's Castle in Lombardy. Inside it is hosted a permanent exhibition entitled "Marius: Genius and Machine", dedicated to Marius Stroppa, polyhedral artist pandinese that was graph, illustrator, urbanist and inventor.

Typical Products
Dairy products, from cheese to butter in this corner of Lombardy are high quality, small dairies that produce products of excellence. The "panarone" is the typical cheese born in Pandino by taste agro bitterish. Also salami, mainly the Salame Nostrano are a specialty of the territory. The gastronomy sees the tortelli cremaschi as protagonists, a stuffed pasta prepared mainly with macaroons and the "Mostaccino", a spiced biscuit.

Romantic Night of the most beautiful villages of Italy