Share
Fiumefreddo Bruzio is a medieval village which, still today, preserves the characteristics of a fortified village with medieval walls. The historical and artistic heritage is well preserved and the inhabited center has remained as it once was: with its streets, its churches and its houses. 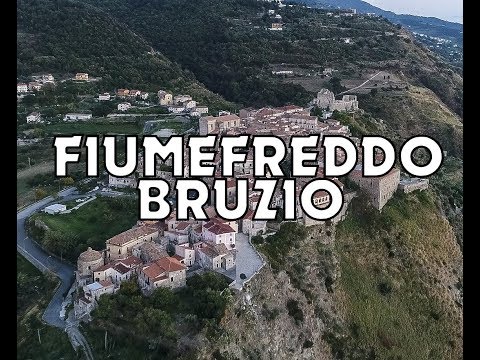 Fiumefreddo Bruzio, from the top of its dominant position, lying on the precipice of the plateau that sweeps over the blue Tyrrhenian Sea, offers himself a spectacle of solitary pride and ancient historical heritage of medieval village perched on the slopes of the mountains which fall toward the sea, casket of history and of inestimable cultural value. The country is perched naturally and retains the characteristics of a fortified country not only for its natural position in relation to its "embattled port", which main entrance still obliged to the inhabited center that has remained as it was a time with tracks, with its churches, with its houses and with a historical and artistic heritage of great interest. From its enchanting cliffs, or from the numerous terraces overlooking the sea, the gaze sweeps to Sicily and the Aeolian Islands, the Calabrian coast and the mountains of the Cilento.

The origins of Fiumefreddo Bruzio are wrapped in the darkness of distant times. The first documentary traces date back to the Middle Ages (around the year 1000), even if not exclude coastal appropriations already in ancient ages. It is considered that the place has been chosen for the defensive characteristics offers. In 1054 the village, called Flumen frigidum (cold River - today called river of Sea) to the low temperature of its water, was won by Roberto il Guiscardo who donated his brother Roger the Norman. In 1098 Fiumefreddo was under the feudal authority of Simone da Mamistra, feudatory of Charles I of Anjou and then in 1269 the French feudatory Giovanni de Flenis and then again to Alfonso Sanseverino feudatory of Charles II. Again a few years later, for having rebelled to King Charles II the feud was confiscated and assigned to the Viceroy of Calabria, Ferdinando d'Alarcon that in 1536 embellished the castle of Fiumefreddo according to the aesthetic canons of the time and built outside the walls of the country, two towers calls Gullets. In the first years of 1800 the castle was half-destroyed by the French, represented by Giuseppe Napoleon, brother of the emperor and then by Gioacchino Murat. But the inhabitants of Fiumefreddo is constituted in secret community to withstand the invaders. The municipal council, in 1860, decided the appellative of Bruzio to add to the original denomination of Fiumefreddo.

The village conserves part of the medieval walls, the Palaces of the valley and Pignatelli (the first with construction phases which are differentiated and terminated, as the second in the XVII century).

Homeland of the artist Giuseppe Pascaletti (1699-1757), and important historical cultural, equipped of a sixteenth-century village of considerable length and discreet storage, and remembered also for the nearby abbey of Santa Maria di Fontelaurato, the most famous of the florense order, after that of San Giovanni in Fiore. It was erected and dedicated to S. Sunday from Brazilian monks that near had founded their ancient monastery. Entered the Benedictine monks Basiliani ressero the fate of the abbey until 1035. In 1201, the church destroyed by the humidity was again reconstructed by Simone de Mamistra Prince of Fiumefreddo and entrusted to the Abbot Gioacchino da Fiore, with the name of the Abbey of Fontelaurato.

The Municipality is part of
I Borghi più belli d'Italia

Via Vittorio Emanuele II, 141A, Oriolo (Cosenza)
96.41 Kilometers from Fiumefreddo Bruzio
Church of St. Giacomo Apostolo
The church of San Giacomo Apostolo is among the oldest churches of Altomonte.

C.da Casello - 87042, Altomonte (Cosenza)
51.79 Kilometers from Fiumefreddo Bruzio
Collegiate church of Santa Maria Maddalena
The ancient nucleus of the Collegiate of Morano Calabro, in Calabria, dates back to 1097.

Piazza Maddalena, Morano Calabro (Cosenza)
67.70 Kilometers from Fiumefreddo Bruzio
Church of San Giorgio
The Mother Church of Oriolo, in Calabria, is located in the heart of the historic center.