Share
Bellagio is an enchanting tourist and cultural destination, famous for its position, considered in fact the Pearl of Lake Como. Among the most fascinating aspects of the village there are undoubtedly its enchanting villas, famous all over the world for their pomp and for their well-kept gardens. One of the most famous is Villa Serbelloni, one of the symbols of the municipality of Bellagio. 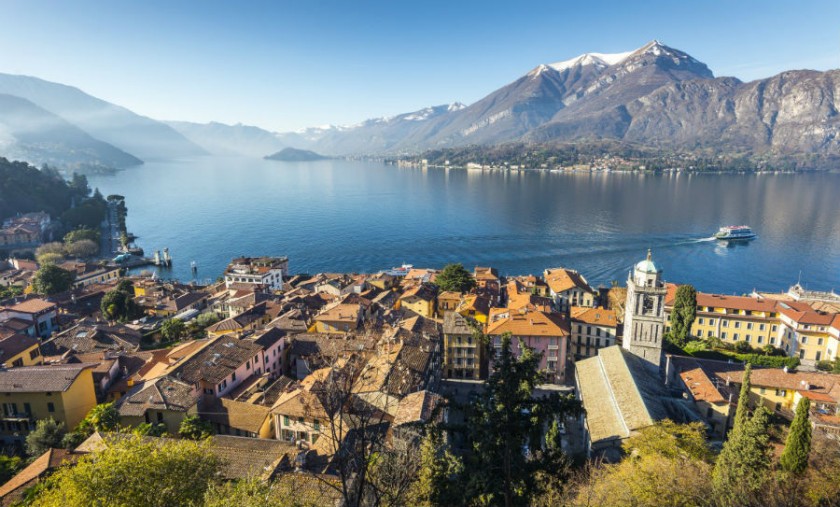 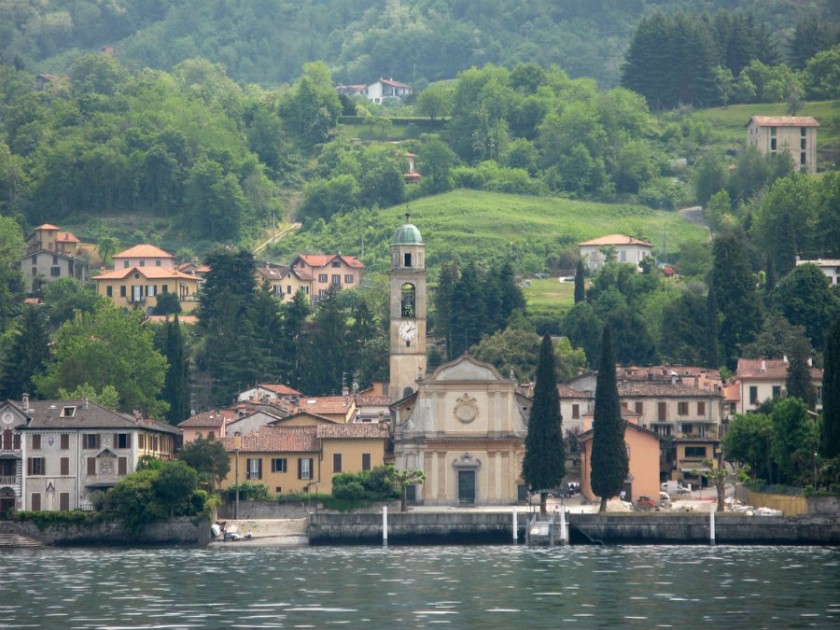 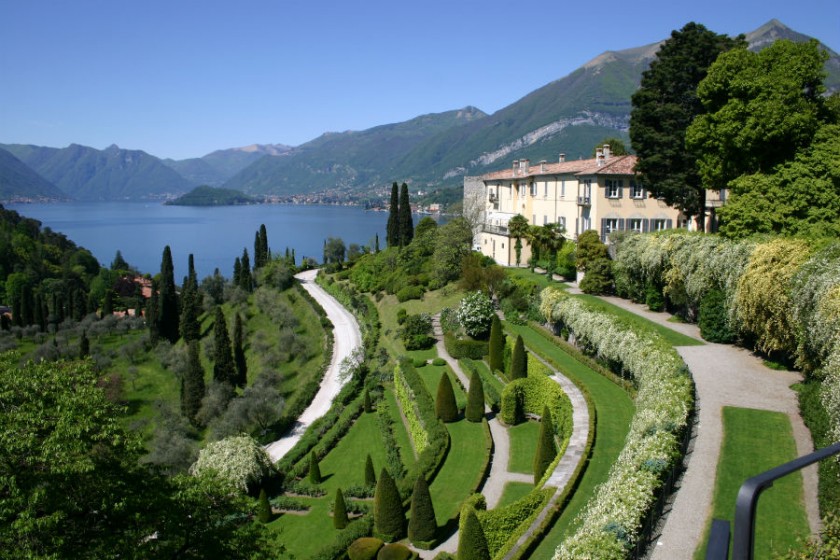 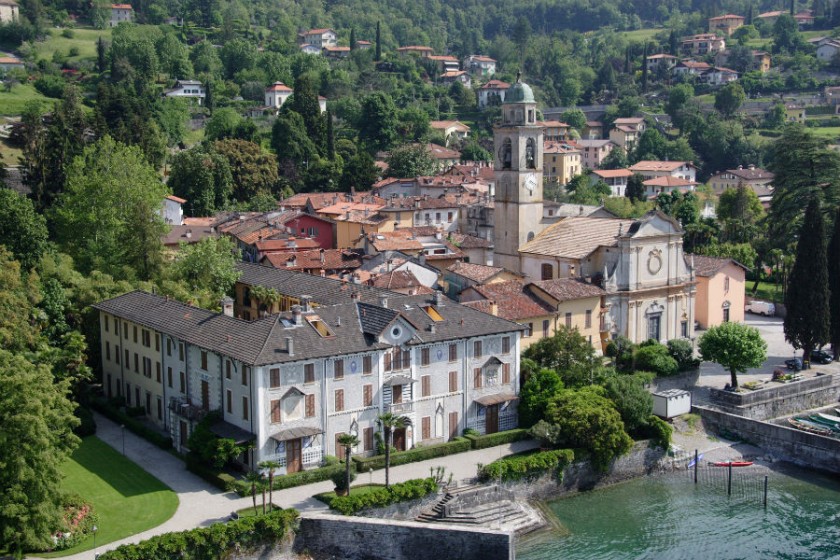 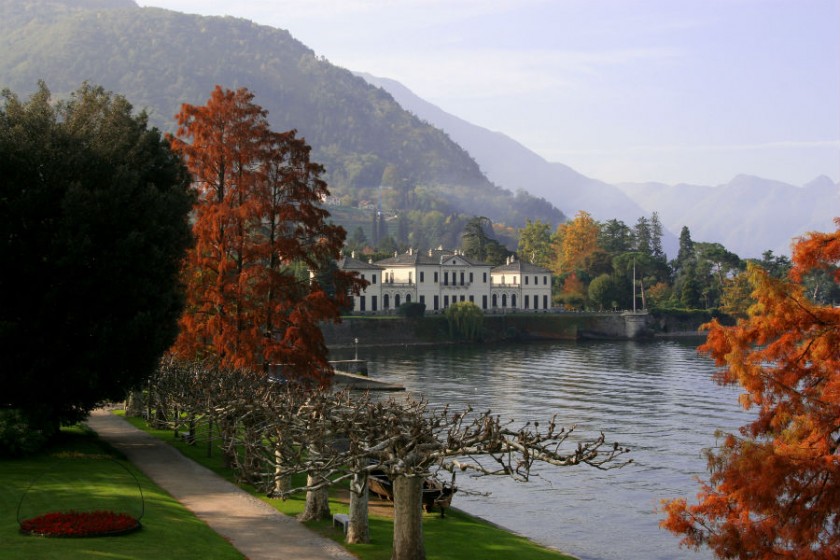 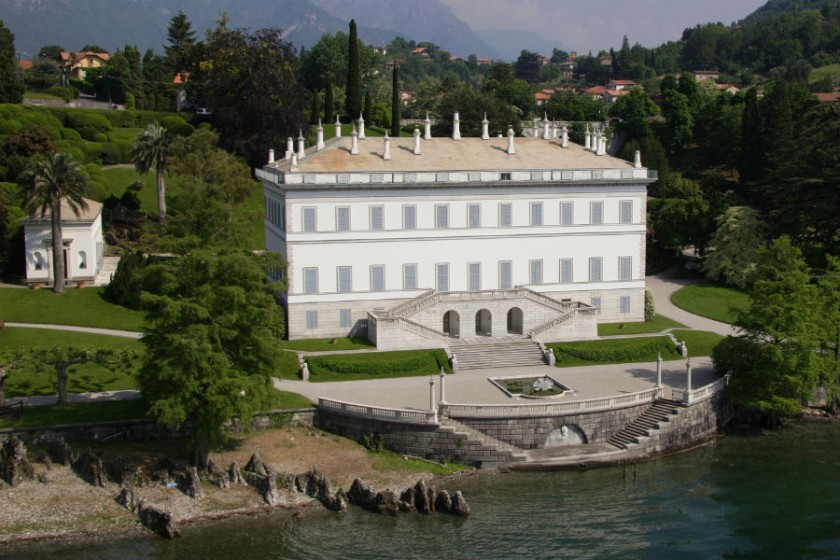 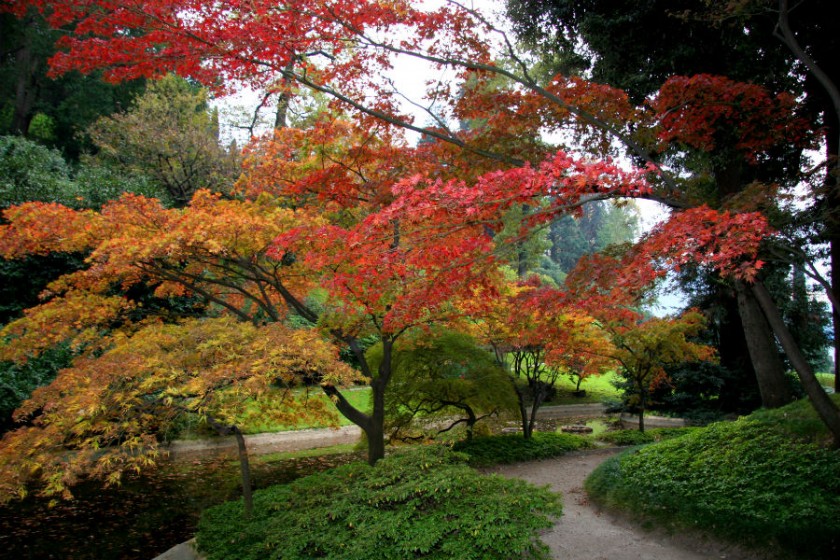 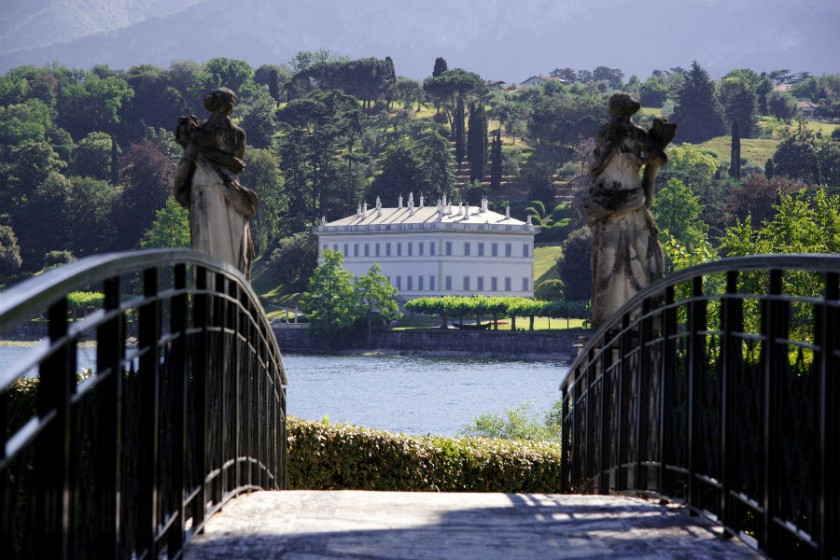 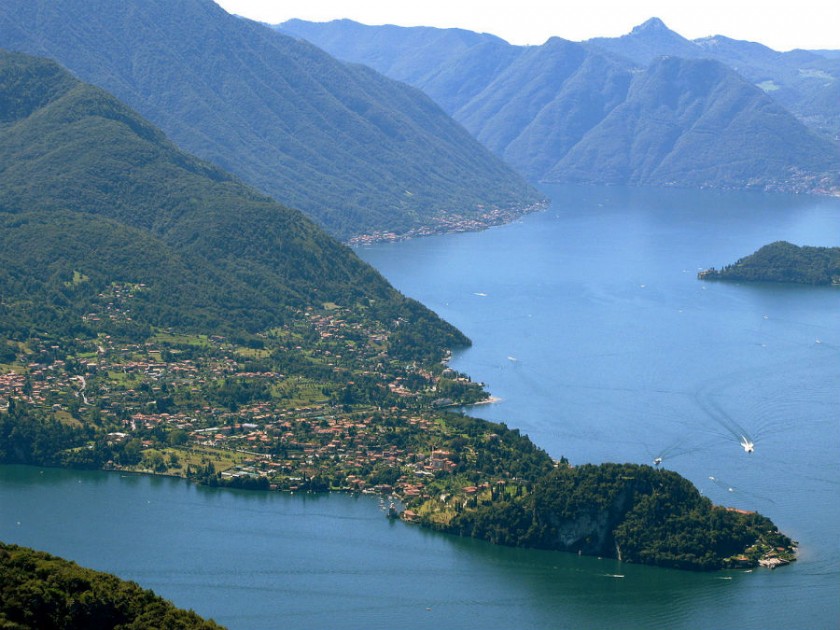 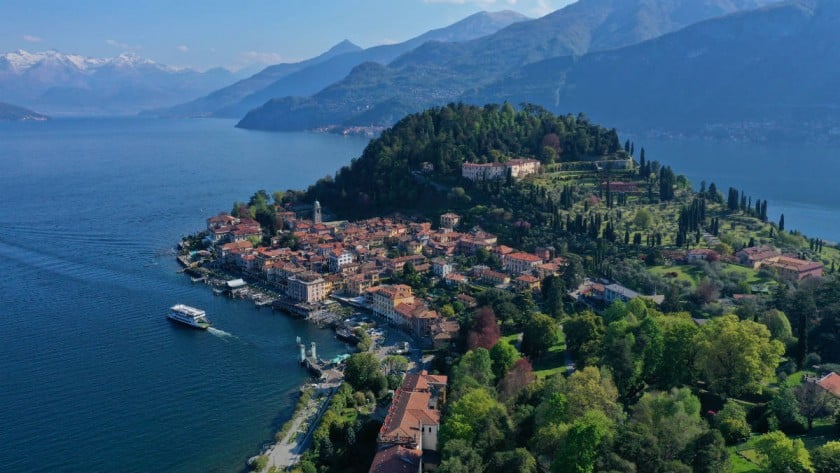 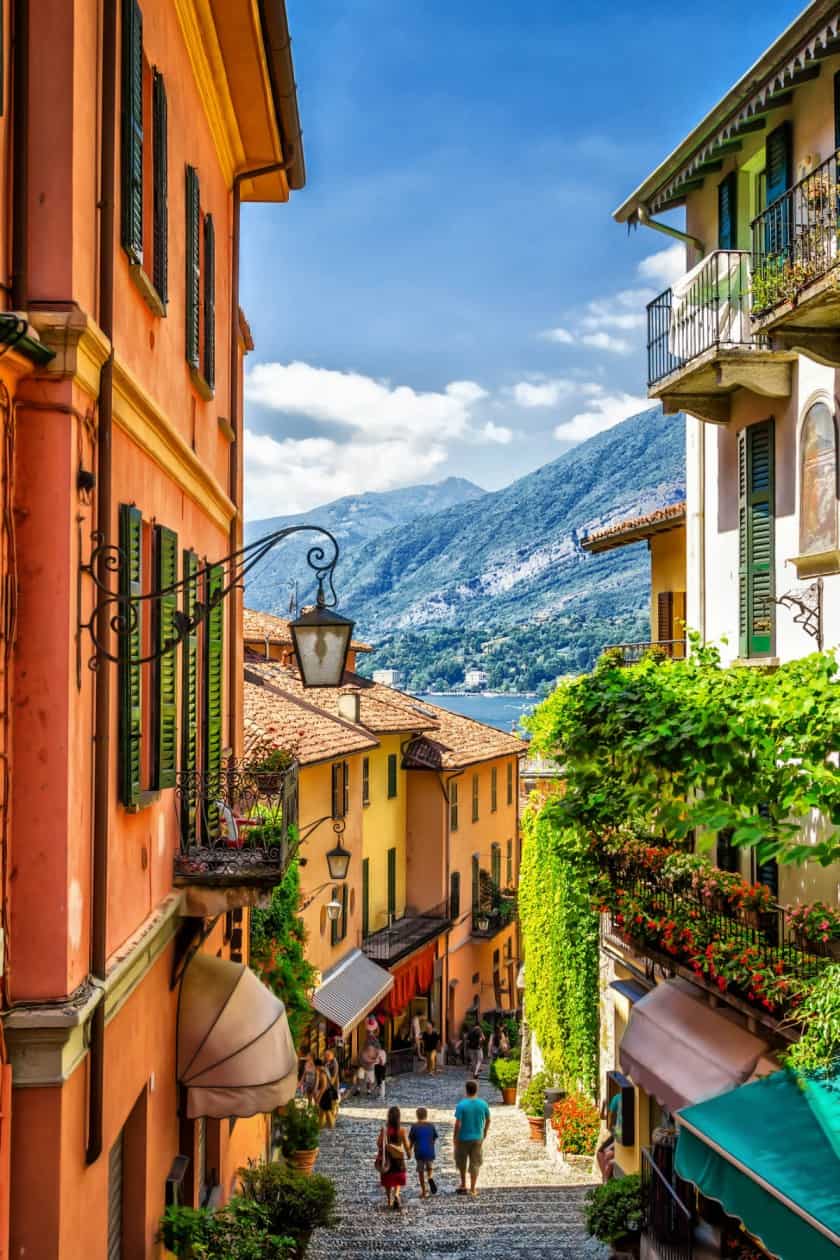 A look at Bellagio

The Lombard village of Bellagio is an enchanting tourist and cultural destination, famous for its position, in fact it is considered the Pearl of Lake Como. The municipality belongs to the mountain community of the Lariano Triangle (with the capital Canzo) and its territory represents one of the ideal vertices of the Lariano Triangle.

The history of Bellagio is as old as it is rich and is reflected in the great quantity and magnificence of its historical and religious buildings, which amaze and fascinate for their beauty and simplicity at the same time. In every little corner of the country you can breathe and find the history of the past, which has contributed to making Bellagio what it is today, an architectural pearl perfectly harmonized in the natural environment that surrounds it. The most recent history of Bellagio, from the Napoleonic era to the present day, is linked to the charm of its position and the growing importance that holidays and tourism have had from the mid-18th century onwards. Many splendid villas were built on the promontory, surrounded by fabulous parks, where the Lombard aristocracy spent long periods of vacation surrounded by illustrious guests, artists and poets. One of the most famous is Villa Serbelloni, one of the symbols of the municipality of Bellagio. Another beautiful villa in the municipality is Villa Melzi, located on the western coast of Lake Como.

There are numerous attractions of the place and the lake. A visit deserves the important Basilica of San Giacomo, a church built in the twelfth century and the church of San Giorgio, also dating from the twelfth century, which houses inside a wooden statue depicting the Madonna of the belt, which represents one of the religious symbols of Bellagio and has always been the subject of a great popular devotion.
In the nineteenth century, although it was still difficult to access, if not by lake, Bellagio was a real court. Towards the middle of the century the first large, very luxurious hotels opened, which competed for elegance and pomp with those of the European capitals. The first was the Albergo Bellagio, born in 1825 from the transformation of the old inn of Abbondio Genazzini, and then later still transformed into the first real hotel in the Lario: the Genazzini Hotel. Following the example of this precursor, splendid hotels were born in a few years in quantity, and many of them are still operating, often owned by the same families of the time. Practically all the most illustrious characters of the last two centuries have affixed their name in the golden register of Bellagio: the great musician Franz Listz, for example, spent a long and enchanted honeymoon with the Countess D'Agoult and there he composed some of his immortal music. There was no shortage of crowned heads, kings and emperors (Kaiser Wilhelm, Leopold I of Belgium or Queen Mary of Romania). Many artists and writers such as Parini, Manzoni, Tommaso Grossi, Nievo, Stendhal, Flaubert and Marinetti. And in recent years, numerous film actors also underwent the charm of Bellagio: Clark Gable, Robert Mitchum, Romy Schneider, Philippe Noiret, Al Pacino, Adriano Celentano, Renato Pozzetto, Alberto Sordi, George Lucas, Natalie Portman, Ewan McGregor, Hyden Christensen, Robert De Niro and George Clooney.
Bellagio was one of the first Italian tourist resorts to become truly international and has never degenerated into a "touring car". She has always preserved and still maintains that collected and somewhat shy character that made her become aristocratic but not haughty, simple in her refinement, at hand like a real lady. A new exhibition center, the Torre delle Arti, was created to respond to new cultural needs. It is located in the heart of Bellagio. An ancient medieval tower, renovated to accommodate different kinds of events: seminars, press conferences, meetings and book presentations.
The traditional typical dish of Bellagio is the tóch, a term that derives from the Como dialect, derives from the fact that you eat with your hands, therefore you "touch" it. It is a polenta cooked with butter and local cheese - especially eaten on festive occasions.
The desserts commonly served in Bellagio are: the "miascia", a typical bellagina cake, made with yellow flour, raisins, dried fruit, apples and pears; the "pan meino", made with white and yellow flour, eggs, butter, milk and elderflower; the "paradèl", a wafer of white flour, milk and sugar, fried in oil.

the Municipality is part of:
Comunità Montana Triangolo Lariano

Villa Serbelloni - Rockefeller Foundation
Built in 1400 by Marchesino Stanga, in 1788 it passed to the Dukes Serbelloni who left intact the...
Via Giuseppe Garibaldi, 8, Bellagio
Villa Melzi
Villa Melzi, strict neoclassic lines, is surrounded by a beautiful park which constitutes the fir...
Via Lungolario Manzoni, Bellagio
Villa Carlotta
Set in a breathtaking location on the shore of Lake Como, Villa Carlotta enchants tourists with i...

Via Regina 22 - 22019, Tremezzo (Como)
2.84 Kilometers from Bellagio
Teresio Olivelli Civic Park
A small botanical and architectural jewel on the shore of Lake Como where you can relax

Via Statale, 47 - 22019, Tremezzo (Como)
2.95 Kilometers from Bellagio
Fiumelatte
Fiumelatte is to be numbered among the shortest water-courses in Italy, developing only for 250 m...

Via Padre Luigi Mellera, 10, Località Fiumelatte, Varenna (Lecco)
3.73 Kilometers from Bellagio
Luigi Scanagatta Civic Ornithological museum
Thanks to its rich collection the museum helps to understand the importance of the environments w...

Via 4 Novembre, 4, Varenna (Lecco)
4.00 Kilometers from Bellagio
Greenway del Lago di Como
A route of about 10 km, suitable for everyone and all seasons, in the beautiful natural landscape...

Via Luigi Civetta - 22010, Tremezzo (Como)
8.75 Kilometers from Bellagio
Baptistery of St John the Baptist
The Collegiate Church of Santo Stefano in the hamlet of Lenno is one of the cultural and artistic...

Via Santo Stefano, Tremezzo (Como)
66.97 Kilometers from Bellagio
Nobiallo and the Antica Strada Regina
The village Nobiallo, 1 km north of Menaggio is crossed through by the ancient Roman road called ...

Via Regina, Menaggio (Como)
6.41 Kilometers from Bellagio
Isola Comacina
Comacina Island is the only island on Lake Como. One of the most interesting archaeological areas...

22016, Tremezzo (Como)
6.89 Kilometers from Bellagio
La Crocetta and the defence Line Linea Cadorna
From the village Croce, 2 km above Menaggio, over an easy trail you can reach Belvedere la Crocet...

Via A. Wyatt, 54, Menaggio (Como)
5.47 Kilometers from Bellagio
Sacro Monte della Beata Vergine del Soccorso
The Sanctuary of the Madonna del Soccorso, in the hamlet of Ossuccio, stands on the western shore...

Via Santuario, 22010, Tremezzo (Como)
6.31 Kilometers from Bellagio
= distances as the crow flies

Our news about Bellagio