Share
The inhabited center of Orsogna develops around the Parish Church of San Nicola di Bari, from the eighteenth century, which also preserves two ancient procession crosses by the artist and goldsmith Nicola da Guardiagrele. Orsogna is surrounded by nature, which colors its streets green and surrounds it with vineyards and olive groves. The Municipality is a member of the Città del Vino association. 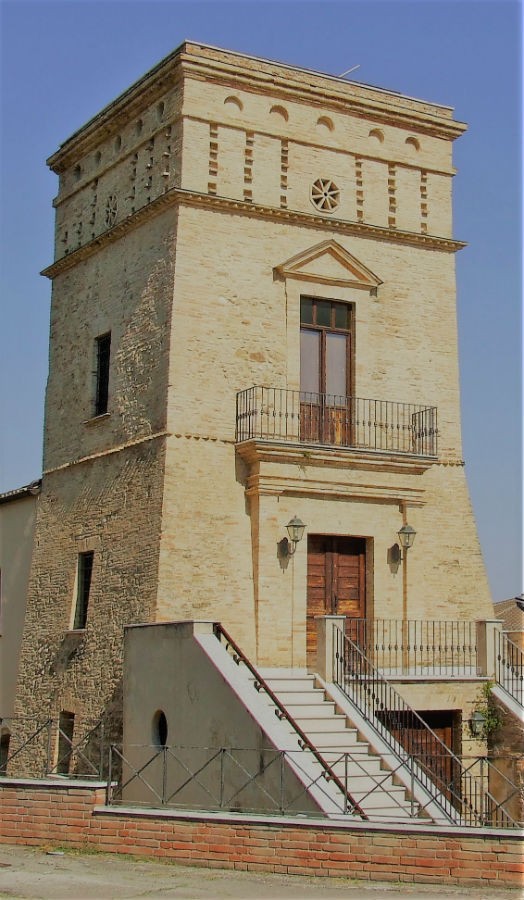 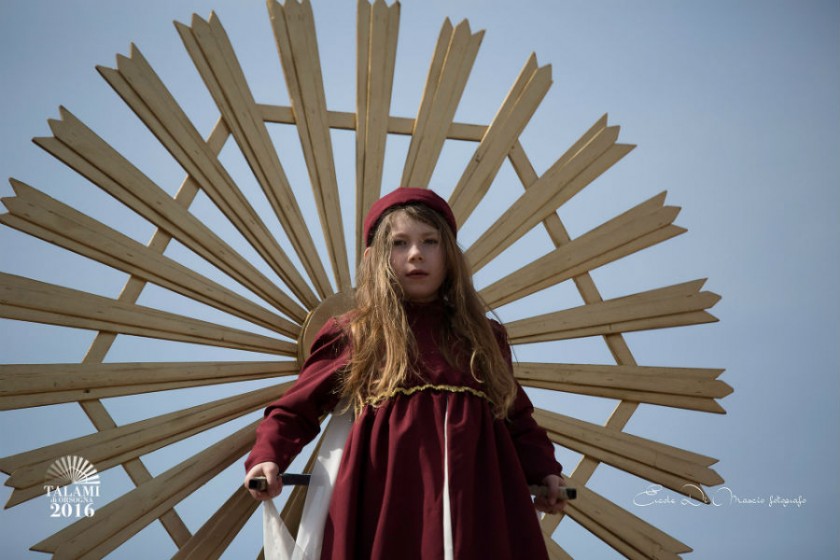 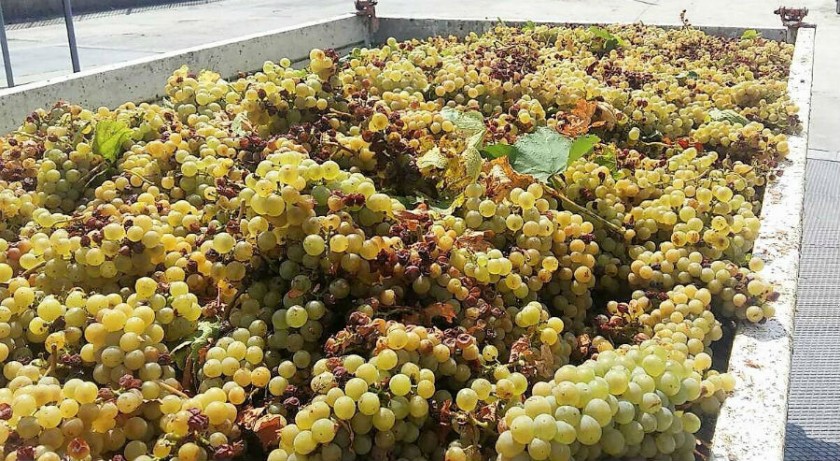 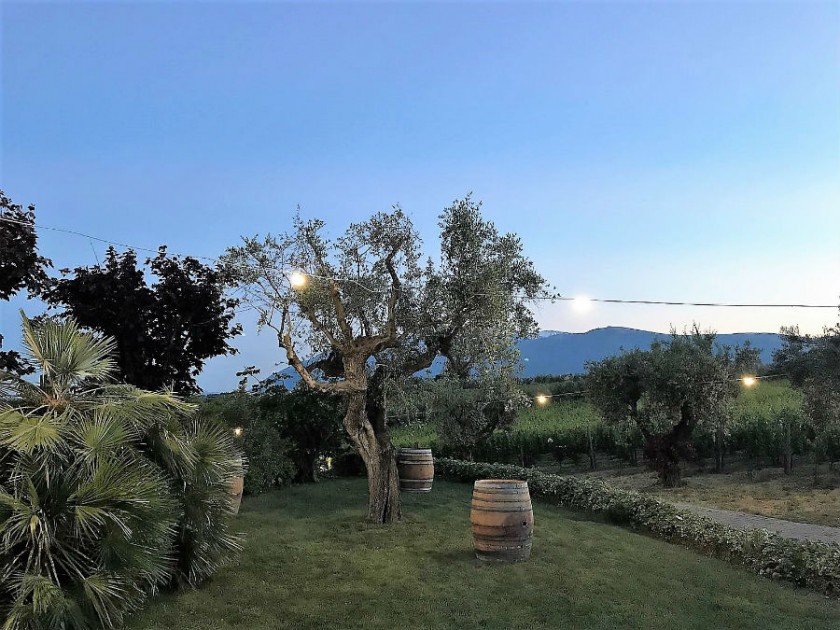 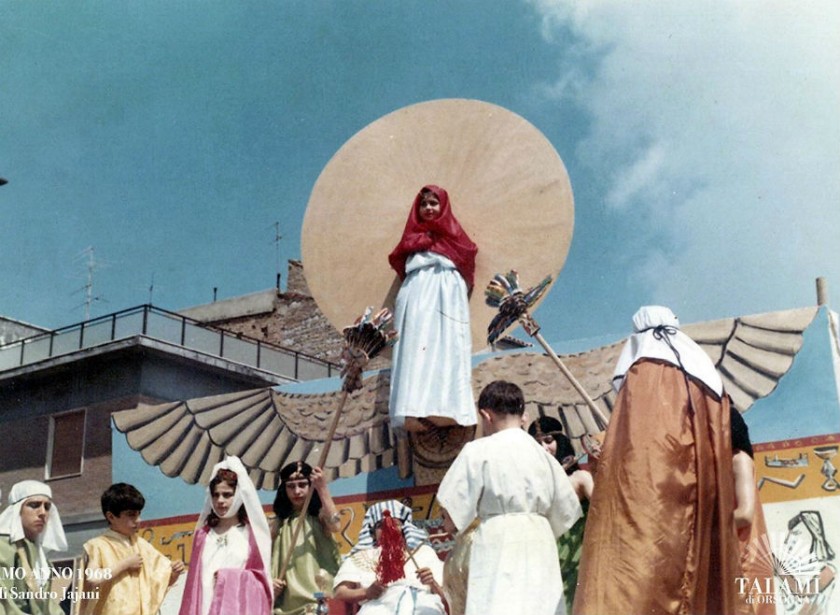 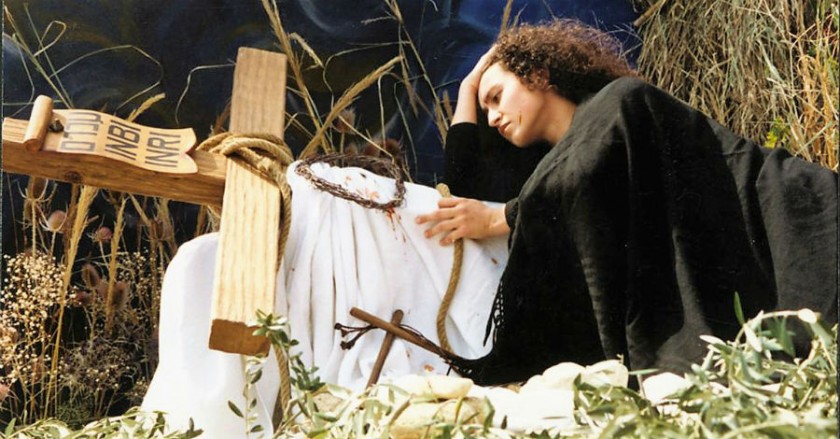 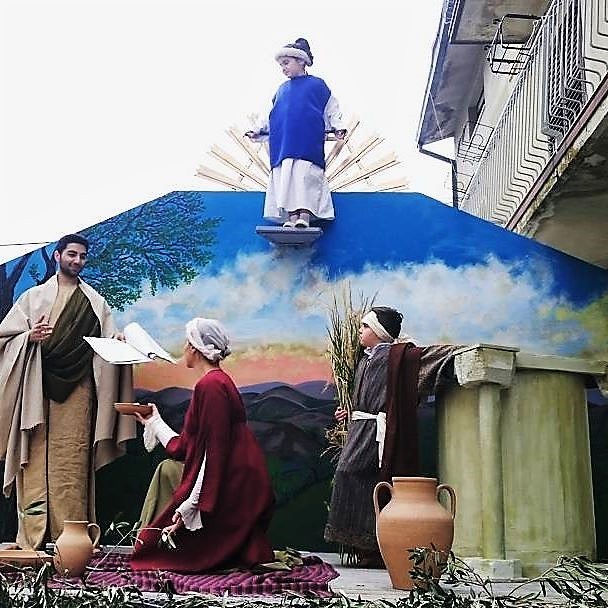 Around the village of Orsogna (Ursógne in Abruzzo dialect), in Abruzzo, according to the legend lived bears. The name appears to be derived from the archaic name of its district, located in the Valle del Moro in the village, the contrada Rissogna, today Contrada Fraia.

Renowned for the production of oil and wine, the village was largely reconstructed as it suffered German attacks and a massive allied bombing during World War II, being not far from Ortona along the Gustav Line.

In ancient times, the Abruzzo country was populated predominantly by peasants, but there were also hammers, as the soil around the town is clayey. These craftsmen worked in caves beneath the cobbled cliff of the country, in a favorable position protected by the cold winter.

Today, craftsmen's caves are almost completely abandoned by World War Wars, but in many caves there are remains of terracotta processing. In 1881 earthquakes of considerable intensity hit Orsogna.

They deserve a visit, completely restored with a lasting effort for decades, the Church of San Nicola, that of San Rocco, the Franciscan Convent and the Bene Tower, inside which is preserved the painting of 'The Daughter of Iorio' by the artist Francesco Paolo Michetti. The painting won the first prize at the Venice Biennale in 1895. For the character of Mila di Codra, the female protagonist of Gabriele D'Annunzio's homonymous opera, she set the 19th-century Judith Saracens as a model, while for Aligi, the male protagonist of the same Dannunzian opera, laid a farmer, perhaps in the area.

Orsogna also has a rich selection of dishes of the rural tradition, watering with the excellent local wine: from the homemade pasta "carrata" to the "pallette casce and ove", from "pizz e ffuje" (corn flour focaccia and vegetables) to the "pizz di randigne" (maize), from the "ciammaiche al sugo" (snails) to the "cif e ciaf" made with the pork pillow, to end with sweets: potato crispes, the Easter Pupa in almond paste, "ciaunelle" (uncooked fried donuts), Christmas taralli and pizzelle.

The Battle of Orsogna
Between December 2 and 24, 1943, following the offense launched by British General Bernard Montgomery on the River Sangro (late November 1943), with the Fifth Armed Forces, the allies moved northward with the goal of reaching Pescara and the state road from Avezzano to Rome. The 2nd New Zealand Division, led by General Freyberg, to the left of the Fifth Corps, succeeded on November 27 to go beyond the Sangro River until the village of Castelfrentano on December 1st. The fast-paced, favored by an impressive aerial support, seemed to have finally broken the 65th German Infantry Division. To reach Chieti, the New Zealanders should first secure their right flank by occupying the orthonese state and freeing Orsogna, which, on a steep ridge, represented an extraordinary observation point towards the valley as well as an excellent defensive site for the German troops. The Germans, aware of this strong point, though shaken by the rapid allied advance, were able to stand firmly along the defensive line Melone-Orsogna-Ortona. Convinced that the Germans were now determined to retreat to the north, the New Zealanders delayed the 24-hour attack, allowing the defenders to strengthen their defenses inside and around the country.

The attack plan envisaged the use of only two companies of the 25th Infantry Battalion, on the night between 2 and 3 December. The attempt to conquer the hamlet failed shortly, thanks to the counterattack of the 26th Armored Explorers Department and the 26th Armored Regiment, which managed to trap almost the totality of New Zealanders in the main square of the hamlet. The various attempts to reach Guardiagrele by going around Orsogna, made to the Melone crossroads from the 22nd Motor Battalion, assisted by the 18th Armored Regiment, were blocked by the 2nd Battalion of the 1st German Paratrooper Regiment.

After a ceaseless aerial bombardment that destroyed most of Orsogna, on December 7, New Zealand launched the Torso code operation. The plan envisaged the use of the 28th Maori Battalion, which would attack the Orsogna cemetery from Colle Pascuccio and the 23rd Battaglione towards the ortonese state from Colle Sfasciata. The 24th Battalion would attack the hamlet by Colle Brecciarola front, supported by the 18th Armored Regiment. The 23rd Battalion managed to conquer the hill but could not go to the state road. The 24th managed to go to the town with two companies, but had to retire as defenders added some 80 men of the 3rd Battalion of the 4th German Paratrooper Regiment, which proved to be decisive in spinning the New Zealand troops out of the village. The Maori attack had so many alternatives: Colle Pascuccio conquered, three companies managed to overtake the ortonian state by conquering the cemetery, and then being driven out of several German counterattacks.

The tactical plan of the third battle (code-named Florence) provided - after a heavy bombardment of artillery against the country and the surrounding defensive positions in Germany - yet a maneuvering around the hills north-east of Orsogna. Between December 8 and 14, the New Zealand genius departments worked to improve communication paths for the 18th and 20th Regiment wagons, which should have traced the steep slopes not only drenched but above all muddy causing bad weather conditions. The 21st battalion was able to move to the state road and to be positioned beyond the parallel rail line. On its left flank, the 23rd Battalion, despite heavy losses, settled along the orthodox state until the cemetery, waiting for the wagons. Before their arrival, the Germans launched from Arielli two heavy counterfeiters with infantry and armored vehicles. Only thanks to the prompt intervention of some 18th Regiment wagons, the situation re-established. Meanwhile, the 20th Regiment was tempted, without the help of the infantry, a sort of cemetery from the cemetery to the village but, although some wagons managed to break the first defenses almost to the far end of the country, most of them were stopped by German cannons, hidden along the advanced line.

At 3:15 on December 16, the Germans launched a third attack by Arielli with armored vehicles. In this case, the co-operation of the allied sailors and wagons also had the best and the German departments had to retire. The 21st and 23rd battalions were not finished yet, the 20th Armored Regiment, with the support of 28th Maori, again launched the attack from the cemetery to Orsogna. This time the 4th regiment parachutes became more prepared. The Maori Infantry was almost immediately forced to land and the wagons, without any kind of defense against German guns and German anti-personnel weapons, were unable to proceed as planned. On December 17, the 26th Battalion, with a squadron of the 20th Armored Regiment, tried to penetrate Colle Brecciarola inside the town, but the profound demolitions along the advanced line, the anti-war mines and the almost impenetrable German stations at the " entry of the country prevented any kind of infiltration of New Zealand troops.

The Fourth Battle Plan (Operation Ulysses) planned to continue advancing to the north ridge of Orsogna parallel to the state road and launch a new armored attack on Orsogna from the cemetery. The Germans, after the third battle, having retained Orsogna, left the part of the state in front of Colle Pascuccio and Sfasciata in New Zealand's hands, retreating neatly on the ridges that the New Zealanders wanted to occupy. The bad weather conditions of winter 1943, a ground almost inaccessible to infantry movements and armored vehicles, along with the tiredness of the already-tried New Zealand troops were determining the failure of the entire operation. The ability of German paratroopers did not allow the New Zealand wagons to go to Orsogna again. The only conquest was a ridge parallel to the Arielli stream. With the end of the fourth battle, military operations in Orsogna come to a standstill, which will only be aborted in June 1944. New Zealand troops and German parachutists would meet again in February, under the slopes of the Montecassino monastery.

The municipality is part of:
Città del vino

Bene Tower
Bene Tower is situated in the village of Orsogna in Abruzzo.
Strada Statale 538, 32, Orsogna
Wolf Museum
The Wolf Museum, in Pretoro, is set up inside the Purgatory church, whose purpose is to spread th...

SS84, 212, Lama dei Peligni (Chieti)
20.10 Kilometers from Orsogna
Cavallone's Cave
The Cavallone's Cave is located in the Taranta valley, in the heart of the Majella National Park,...

Find where to sleep in Orsogna

Contrada Portelle 77, San Vito Chietino (Chieti)
16.89 Kilometers from Orsogna
B&B Le Zagare
The Bed & Breakfast Le Zagare is located in San Vito Marina, in the locality Portella, in one of ...

Contrada Portelle, 70, San Vito Chietino (Chieti)
16.89 Kilometers from Orsogna
Hotel Arimannia
The Hotel Arimannia is immersed in the greenery of Caramanico Terme, a few steps from the Thermal...

Via Cappuccini 10, Caramanico Terme (Pescara)
23.72 Kilometers from Orsogna
B&B Le Zagare
The Bed & Breakfast Le Zagare is located in San Vito Marina, in the locality Portella, in one of ...

Travel proposals in Orsogna and in its territory

Evening fireworks for the Immaculate Conception

Recipe: Pizz' e ffuje from the village of Orsogna
ALSO FOR VEGANS Pizz 'and ffuje, or Pizz and fuje (also called pizz and minestr) is a typical dish from Orsogna and the Chieti area. This maize pie with vegetables is based on simple and genuine ingredients from the result not only tasty but also highly salutary. Being 100% made from vegetables, this dish known throughout all Abruzzo (with different variants) is suitable for vegetarian palates and although it is a typical winter dish, it is also great in the ho...
Continue
The legend of the Talami of Orsogna
Orsgona, a village in the province of Chieti, Abruzzo, a place famous for its Talamis, sacred living representations, such as those living nativity scenes that gladden the hearts during the Christmas period. Looking for a curiosity for the event of mid-August I came across this peculiarity. A church and a mysterious painting, both destroyed during the war, and a tradition that is lost in the times that celebrates an expectation. The awaiting for a miracle. This story begins along the viewpoint of the village of Orsogna, a pla...
Continue