Share
Lama dei Peligni is a small mountain village that rises on the slopes of the eastern Majella. At its feet the Aventino river, which flows in the homonymous valley. The welcoming town allows you to live a peaceful holiday among traditions that have been handed down for some time, passing through unique typical food and wine products up to untouched nature. 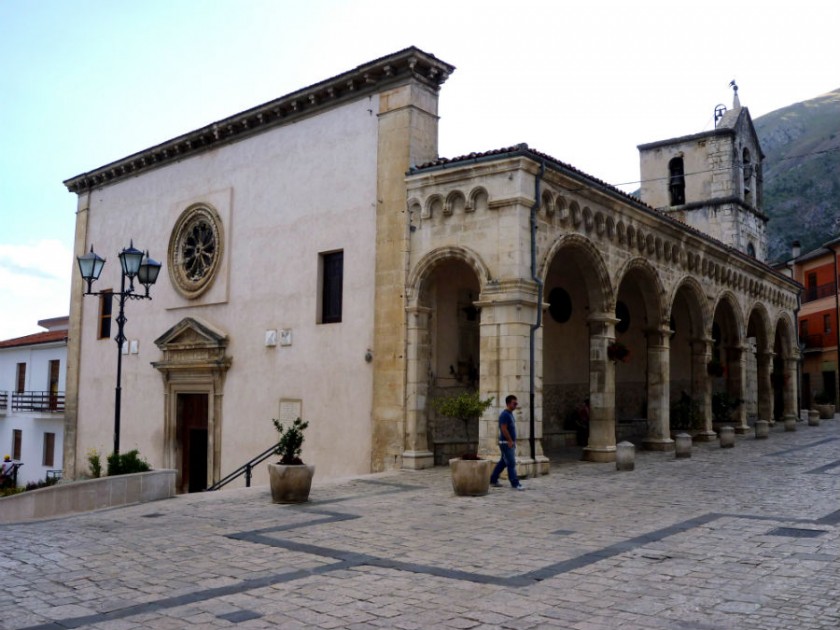 A look at Lama dei Peligni

The Village of Lama dei Peligni is located in Abruzzo, inside dela Majella National Park.
The name has its origins pre-Latin, and originates from the word "blade" that literally meant "counterbore", "ground where the water stagnates"; later, is to be considered the addition referred to the italic people, the Peligni precisely, that you would be pushed up to the territory of the Aventino River, near which rises the village.

The territory has been inhabited since prehistoric times, as amply testified by a series of cave paintings found in the caves of the area and the remains of a village of the Neolithic period. In the roman age, the area was inhabited by the Italic tribes of Carecini of derivation sannita, distributed in the main population centers of Cluviae and Juvanum.
The period of the Middle Ages it became known for the presence of some and hermitages, at which they dwelled ascetics and saints; among the many must be mentioned the Blessed Roberto from Salle, disciple of Pope Celestine V, housed at the local Hermitage of Sant'Angelo.

The development of the country in the field of production of wool came from the Renaissance era.
The country was completely destroyed by violent earthquakes and in the Second World War; became part of the Brigade Maiella, the country was liberated by the Germans on 31 January 1944. In the vicinity is situated the Grotta del Cavallone wherein Gabriele D Annunzio ambientò daughter Di Iorio.

Worth a visit the Naturalistic Museum of Archeology "Maurizio Locati" and the Botanical Garden "Michele Tenore".

La Figlia di Iorio by Gabriele D Annunzio
The village is famous for having been chosen by Gabriele d'Annunzio, together to the Caves of the Cavallone, as scenery of his tragedy the daughter of Iorio. Lama dei Peligni in history is inhabited by shepherds, among which there is the family of Lazaro, coming from Roio del Sangro, that is to celebrate the marriage of the young Aligi, son of the head of the family, with a local canter. However Aligi refuses his beloved, because it s the captivating peasant of thousand, which saves from a lynching of shepherds, because believed a witch who brings evil. In the opera d'Annunzio highlights very the appearance of the village and its inhabitants who base their certainties in religious beliefs of Christianity and paganism, and who do not hesitate to consider the stranger as a be malignant who wants to bring the misfortune in the country.

Via 1, 37A, località Roccacaramanico, Sant\'Eufemia a Maiella (Pescara)
15.89 Kilometers from Lama dei Peligni
Caldora castle
The Caldora castle is an ancient fortification located in the village of Pacentro in Abruzzo.

Largo del Castello, 35, Pacentro (L'Aquila)
15.99 Kilometers from Lama dei Peligni
Wolf Museum
The Wolf Museum, in Pretoro, is set up inside the Purgatory church, whose purpose is to spread th...

Strada Statale 538, 32, Orsogna (Chieti)
20.79 Kilometers from Lama dei Peligni
Wolf Museum
The Wolf Museum, in Pretoro, is set up inside the Purgatory church, whose purpose is to spread th...

Via Porta di Berardo - 67033 , Pescocostanzo (L'Aquila)
19.74 Kilometers from Lama dei Peligni
Hotel Arimannia
The Hotel Arimannia is immersed in the greenery of Caramanico Terme, a few steps from the Thermal...

Via Cappuccini 10, Caramanico Terme (Pescara)
19.82 Kilometers from Lama dei Peligni
B&B Le Zagare
The Bed & Breakfast Le Zagare is located in San Vito Marina, in the locality Portella, in one of ...

Travel proposals in Lama dei Peligni and in its territory

Feast of the Holy Child of Lama

Feast of Our Lady of Holy Bodies, in Contrada Corpi Santi

Our news about Lama dei Peligni

Recipe: Anna's Sfogliatelle
Christmas is approaching and in Naples certainly cannot miss the typical sfogliatelle. Today, however, we will introduce you to their descendants, the Lama dei Peligni puffs. The Lama dei Peligni puff pastry originates from the late 1800s and early 1900s. Its creation is attributed to a noblewoman with a refined palate who made use of local Abruzzo products, creating an incredibly tasty dessert. In the early years of the century, Donna Francesca, mother of Baron Giampietro Tabassi, gave her daughter-in-law Anna Di Guglielmo from Civitella...
Continue