Share
San Vito Chietino is a popular seaside resort on the Trabocchi Coast, located on a rocky outcrop that stretches to the sea. The oldest overflow is that of Punta Turchino, described by D'Annunzio in one of his most famous novels.

Pedestrian street in the old town

Abbey of St. John in Venus 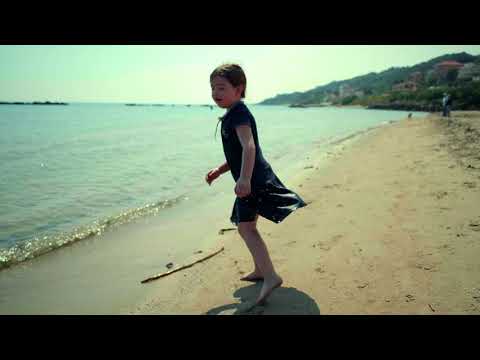 Located on a rocky spur which stretches up to the sea, enjoys an open landscape on the Adriatic Sea and on the stretch of coast between Ortona in Vasto, in which are visible some overflows, from which such coast takes its name. Toward the inside are distinguishable Majella and, more in the distance, the Gran Sasso d'Italia.

The first news on country date back to the Roman Age when there was already a port frentano at the brook felt; in the imperial era the port was used by the romans for connections over the Adriatic Sea but also had importance for merchant vessels. Of that period remains part of the old harbor, near to the current promenade of Gualdo di San Vito Marina.

The village, instead, had not lost its own population, as there is testified by a church in honor of San Vito martyr of the early Christian era. After the fall of the Roman Empire of the West San Vito followed the fortunes of the region: it was first occupied by the Goths (V - VI century), then by the Byzantines (VI century) and by the Longobards (starting from the second half of the VI century), who founded the Duchy of Spoleto, which the locality belonged until the Norman conquest took place in the XI century. In the latter period the littoral lived a period of decline, the port was abandoned and is overlaid with stones and debris rivers.

In the late middle ages was built a castle said "Castellalto" of which there has been no news preceding the year 1000. In the following centuries San Vito and the entire Abruzzo became integral parts before the Kingdom of Sicily, then of the Kingdom of Naples. During the Aragonese period (1442-1501), the port of San Vito was still used for the fairs of Lanciano and used for the maritime trade. With the decadence of the fairs lancianesi, also the port of San Vito declined, and Lanciano decided to sell the port with its feud of San Vito Chietino to a certain Sancho Lopez in 1528.

In the following years the feud passed to the Signoria in signoria: including the Caracciolo family which belonged Ferdinando Caracciolo, Duke of Castel di Sangro, last feudatory of San Vito. In epoch duosiciliana San Vito, founded in common, it became the seat of the homonymous district, although continuing to belong to the district of Lanciano. During the Risorgimento distinguished himself in the fight anti-Bourbon. In 1863 the city took legally the name with which is now known by the addition to the toponym of San Vito, the attribute Chietino, in reference to his own province of belonging.

The trabocchi were invented in the XVIII century by Jewish families of fishermen on the coast of San Vito. The oldest one is in fact that of Punta Turchino, also described by D'Annunzio in one of his most famous novels, The triumph of death and rebuilt in 2016 following the destruction took place two years before due to a violent storm. Later buildings were also in Puglia (Vieste and Peschici). Today the trabocchi were reconstructed and enlarged with respect to the previous originals, but are no longer functional to their main aim, that of fishing.

the Municipality is part of:
Città dell'Olio

Via del Castello, 37, Roccascalegna (Chieti)
29.63 Kilometers from San Vito Chietino
Wolf Museum
The Wolf Museum, in Pretoro, is set up inside the Purgatory church, whose purpose is to spread th...

Via del Castello, 21, Roccascalegna (Chieti)
29.57 Kilometers from San Vito Chietino
Cavallone's Cave
The Cavallone's Cave is located in the Taranta valley, in the heart of the Majella National Park,...

Ten seaside villages in the centre of Italy worth visiting during this summer
10 villages overlooking the sea, 10 rare pearls of our italian landscape, 10 locations that can not be missed during the year of the villages. Ok, we have a lot of pearls in Italy but today we want to show you just some we believe are really worth visiting during the summer on the central coasts of our country. 1. Our tour starts from Tuscany with the hamlet of Giglio Castello, a fraction of the Giglio Island which is located in the highe...
Continue
Recipe: 'Brodetto' The Fish soup of the Trabocchi Coast
The part of the Adriatic coast stretching from Ortona to Vasto, including the village of San Vito Chietino, called the coast of the trabocchi, because of the "canopies" - i.e. the trabocchi - built on the coast, from which the nets are dropped , and then raised with the fish of the day, boasts a seafood tradition and a secular fishing. The relatively high seabed, the wide cliffs and the very different marine areas, provide an ideal habitat for many fish spe...
Continue