Share
So characteristic to inspire Homer's hatreds for his Odyssey, Acitrezza is a hamlet of Acicastello and a very charming small fishing village. The panorama is dominated by the 8 stacks, the lava ridges formed before Etna. 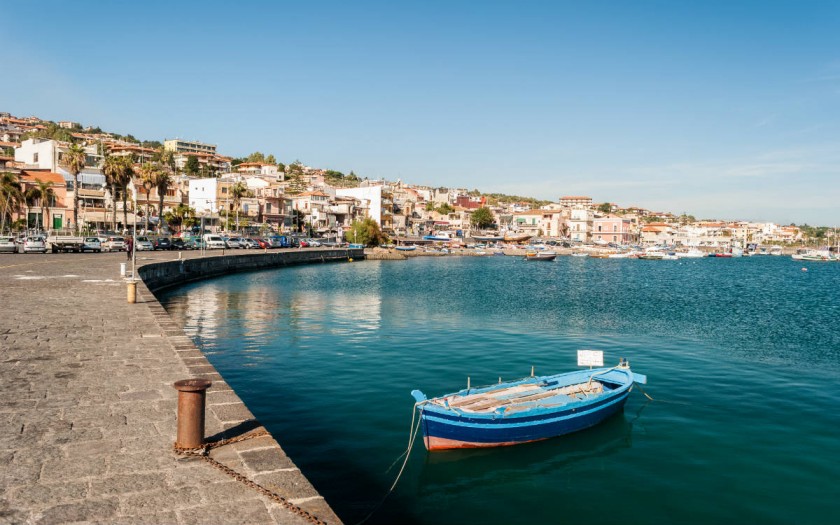 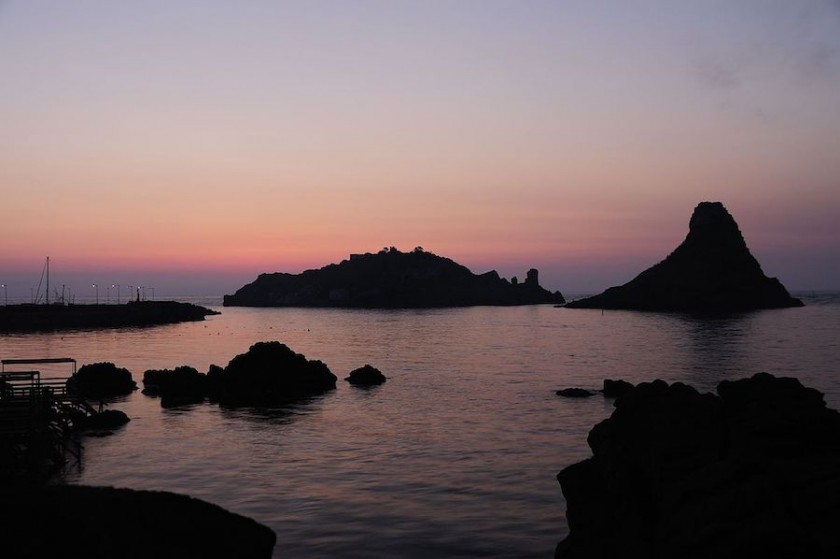 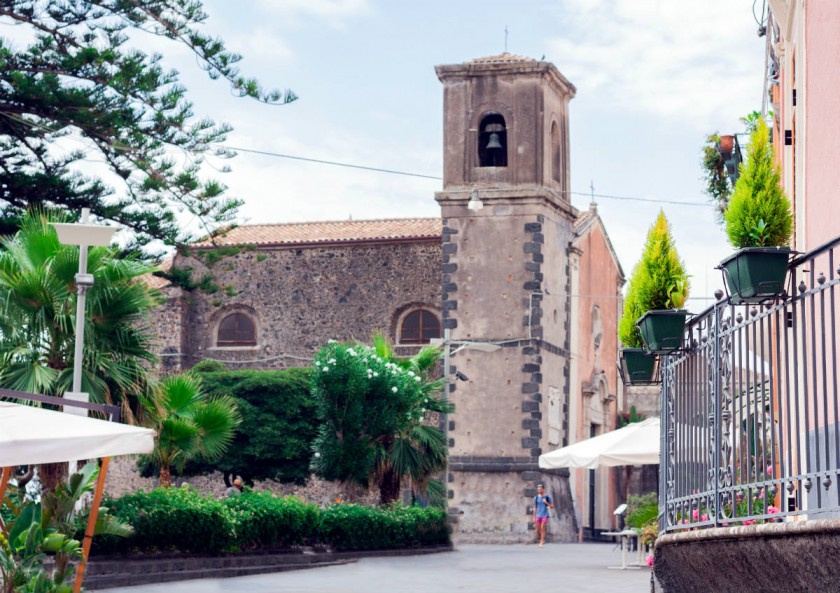 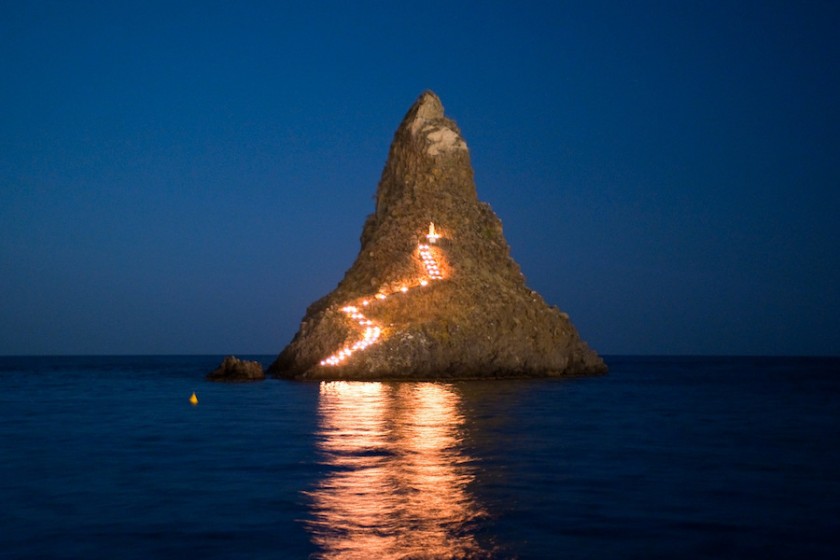 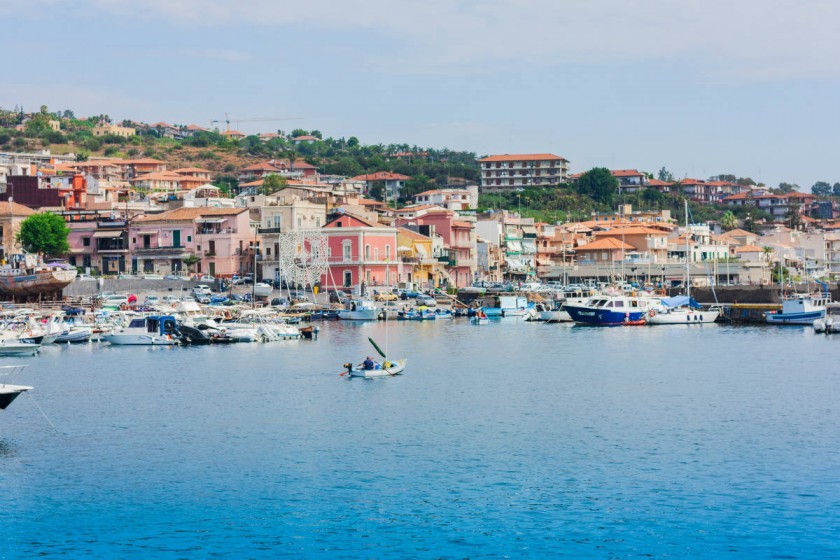 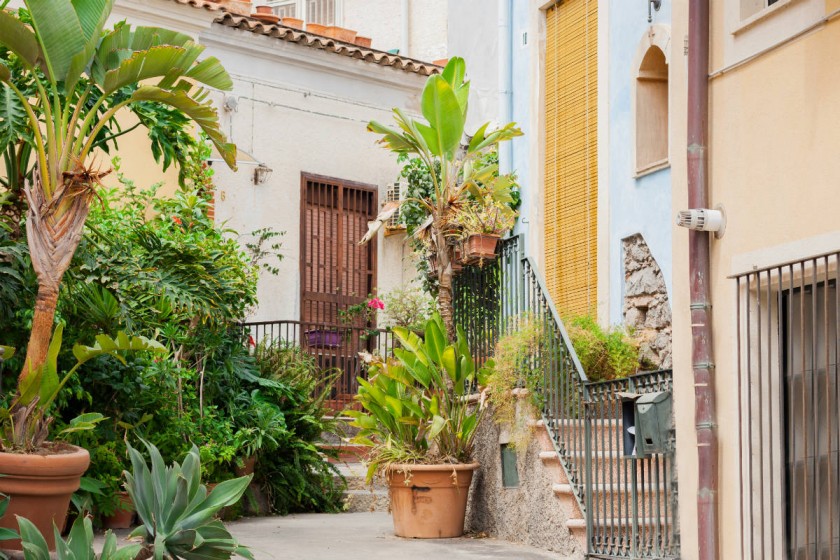 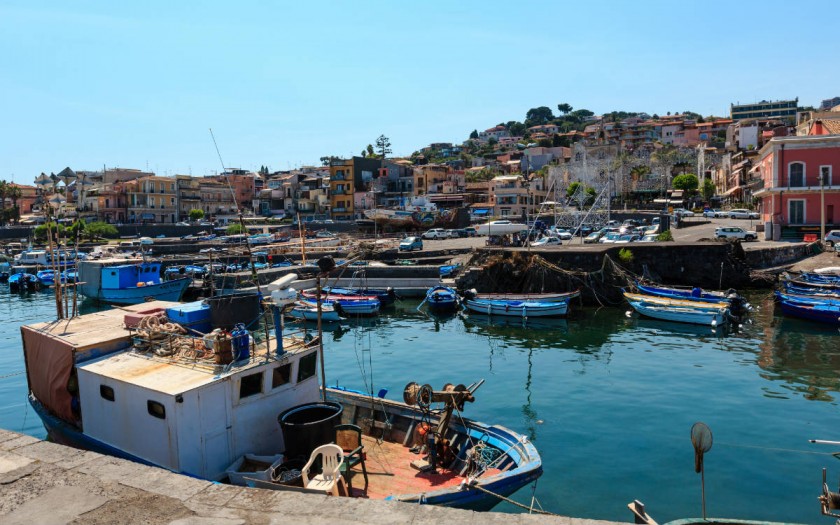 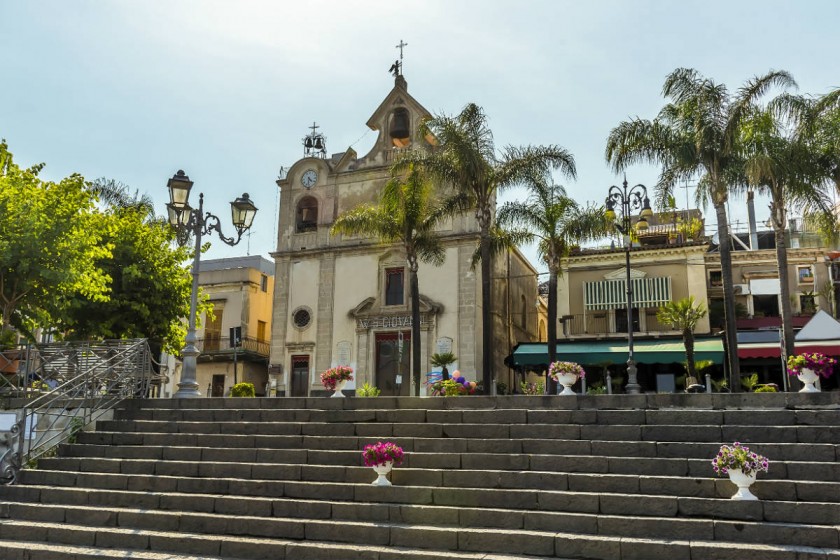 A look at Aci Trezza

Aci Trezza ('A Trizza in Sicilian) is a fishing village of ancient and remarkable tradition, famous for its landscape. The village was officially founded at the end of the seventeenth century by Stefano Riggio that made it an important maritime port and the center of the local business life with numerous stores adapted to contain oil, iron, meats and cheeses.

Aci Trezza was managed by Stefano Riggio until 1678, and then by his son Luigi Riggio Giuffrè until 1680, by Stefano Riggio Saladin until 1704, then by Luigi Riggio Branciforte until 1757. Finally the feud passed to Stefano Reggio Gravina until 1790 and Giuseppe Riggio Grugno until 1792, when it became a free village. Giuseppe Riggio Snout died then to Palermo beheaded by the crowd in revolt in 1820, settling the family of the princes of Aci. At the beginning of XVIII century had about 150 inhabitants.

The panorama of Aci Trezza is dominated by the Faraglioni of the Cyclops: eight picturesque basaltic rocks that, according to the legend, were launched by Polifemo to Ulysses during his escape. Not far from the coast (400 m away), is present the Lachea Island, identified with the Homeric Goats’ Island.

Aci Trezza is the village in which Giovanni Verga set his famous novel "I Malavoglia" (1881) and in which, in 1948, was shot the movie inspired to it "La terra trema" by Luchino Visconti and Antonio Pietrangeli, masterpiece of Neorealism made with the inhabitants of the village themselves.

Not far from the Church of the Patron Saint, on the basis of some descriptive elements provided by Verga in the Malavoglia’s novel, was identified the Nespolo House (Padron ’Ntoni dwelling), in which it has been set up a small museum containing objects of the seafaring tradition and a photographic section dedicated to the film by Luchino Visconti.

Always in Aci Trezza was made part of the "Red" Film by the Finn director Mika Kaurismäki.

Find where to sleep in Aci Trezza

Feast of Saint John the Baptist in Aci Trezza

Aci Trezza, Cyclops and Acireale
The Sicilian coastline from Aci Castello to Acireale that looks like a drawing of lava and it’s shaped by the waves of the Mediterranean Sea goes back to the ancient Greek myths and has inspired such personalities like the writer Giovanni Verga and the movie director Luchino Visconti. The Riviera of the Cyclops takes its name from its facing islands, a little archipelago in a protected sea area featured by cliffs and the desert island of...
Continue
Hotel Villa Neri Resort & Spa, in Sicily and between myth and reality
It is the island of myth, Sicily. Just think of Aci Trezza and the Riviera dei Ciclopi, with the lava rock stacks that emerge from the sea, rendered immortal by Ulysses and Polyphemus. And then Castiglione di Sicilia, belonging to the circuit of the most beautiful villages in Italy, between the towns of the Etna Park and the Alcantara River Park. A short distance from these paths of Italian uniqueness, here is the Etna and, on its slopes, the ...
Continue
Visit Sicily and the Egadi Islands by ferry? Here are the easiest villages to reach
Taking a ferry to visit Sicily or the Egadi Islands is undoubtedly a way to enjoy these places in comfort. With departures from Genoa, Livorno, Civitavecchia, Naples, Salerno, Vibo Valentia, Reggio Calabria, Cagliari or even from Tunis, discovering the land of Trinacria has never been so simple. By relying on some online portals we will have the opportunity to choose the best ferries and destinations with just one click to better plan our holi...
Continue
Recipe: La Sfincia di San Giuseppe
Sicily's food and wine tradition is equal to its immense historical and artistic heritage: the Arab domination of our island in the past has left behind not only churches and palaces but also tasty foods that are now linked to our deeply felt religious festivals. This is the case with Sfincia di San Giuseppe, which, although it must be eaten on 19 March, can be found in Sicilian pastry shops all year round. The origin of Sfincia di San GiuseppeThe Sfincia di San Giuseppe is, like the
Continue
The Recipe: Sicilian cannoli
Sicilian cannoli’s name derives from river canes to which the shell was rolled up during the preparation since a few decades ago and it is one of the typical pastries of Italian confectionary. Ingredients FOR THE DOUGH: Rice flour 800 gr Cornmeal 200 gr, cornstarch 300 gr, xanthan gum 10 gr Granulated sugar 120 gr Unsweetened cocoa powder 15 gr, baking powder 15 gr Mars...
Continue
From the poignant legend of Aci and Galatea come the most beautiful villages in the name of Aci
One of the most beautiful areas of Sicily is located along the island's eastern coast, the Riviera dei Ciclopi: this is a land where history and legend come together, enwrapping every place and village with fantastic and fascinating stories, from that of Aeneas, who landed here to save his friend Achaemenides, to that of Jupiter, who hung the bodies of the Titans he defeated in the forest once present in the area.There is also the legend of Aci and Galatea, two mythological characters whose love for each other gave life to the villa...
Continue
10 things to do in 10 Italian villages, great classics and unexpected surprises
Did you know that in the village of Glorenza there is the only Italian whiskey distillery? And what is the Pinocchio Park in Collodi? Curiosities and ideas to live as protagonists all the magic of the villages of our Peninsula... Here are 10 Italian villages to discover and experience with many things to do. Ideas and curiosities for all tastes and for every season.
Continue