Share
Monte Isola, on Lake Iseo, is the largest lake island in Italy and Southern and Central Europe. Known for hosting the artist Christo's "The Floating Piers" in 2016, the village is connected to the shores of the lake by an efficient line boat service. To circulate in the village it is possible to use only the bicycle, the only vehicle transportable on the ferries, while the residents can use mopeds or the municipal public service bus that connects all the hamlets. 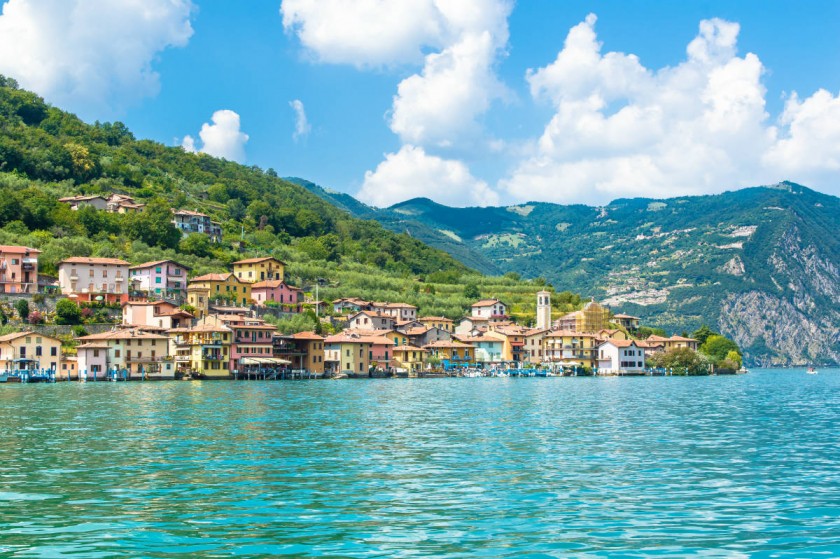 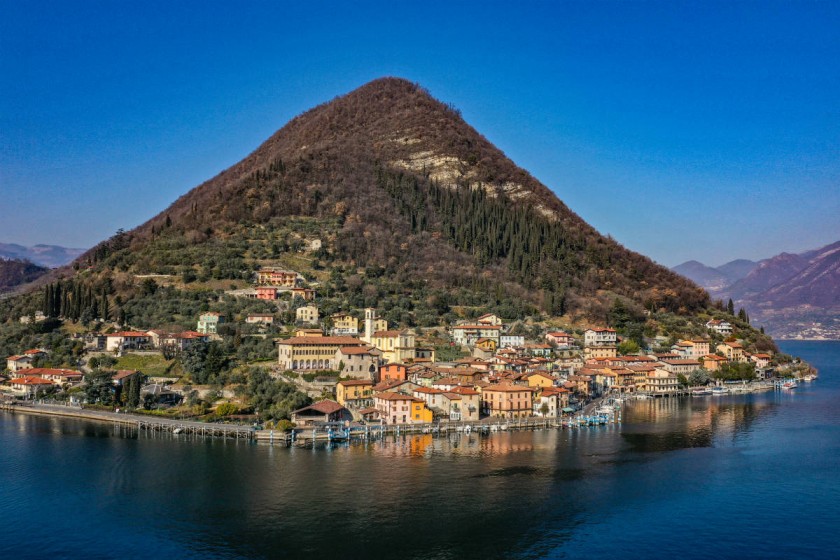 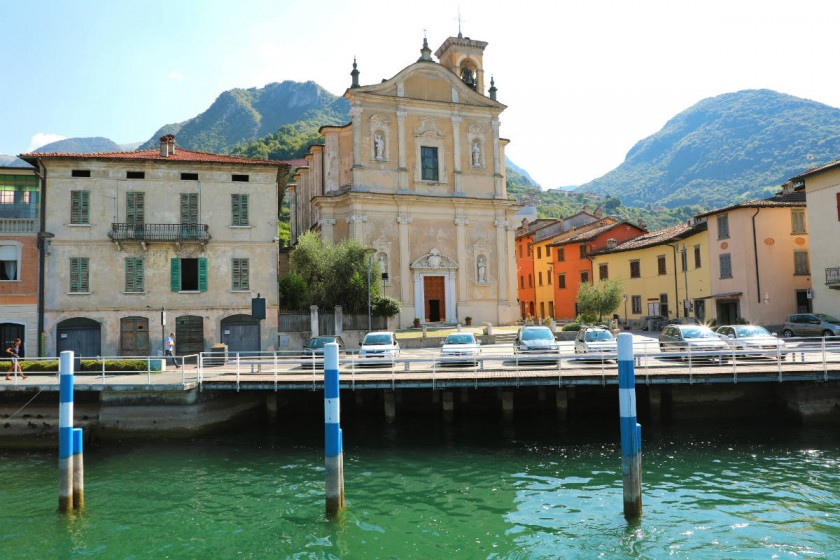 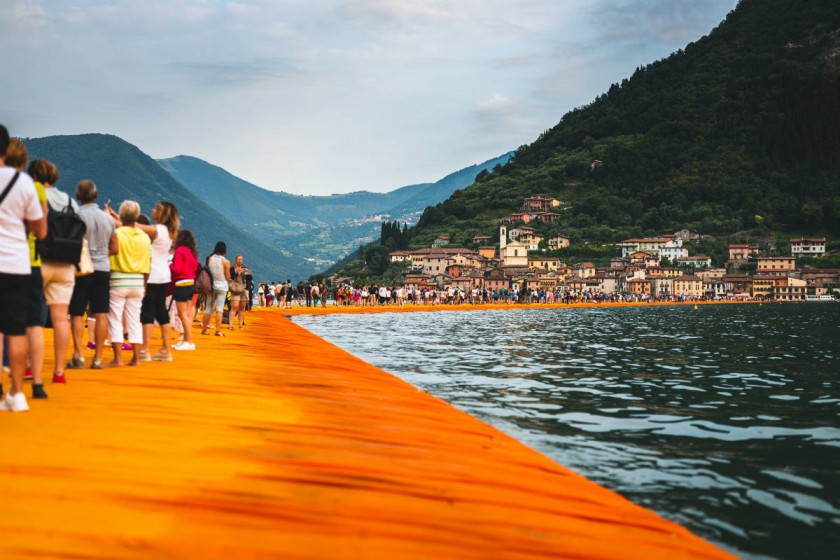 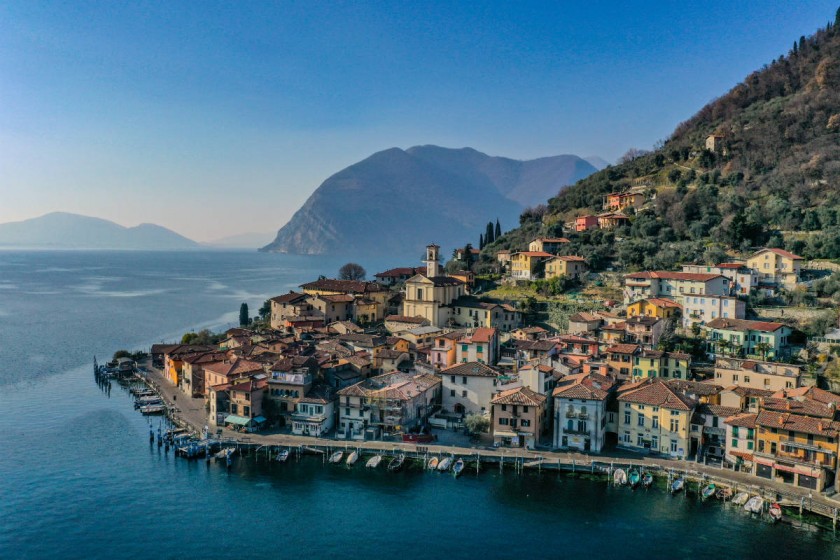 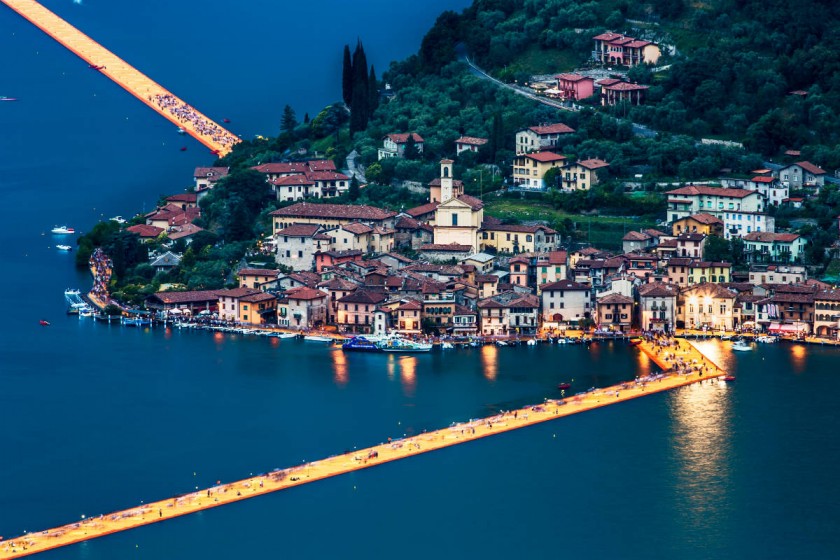 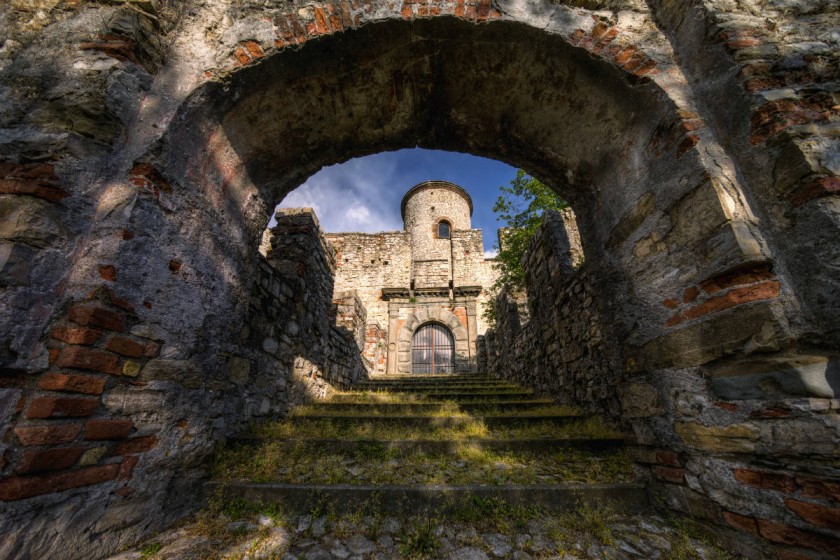 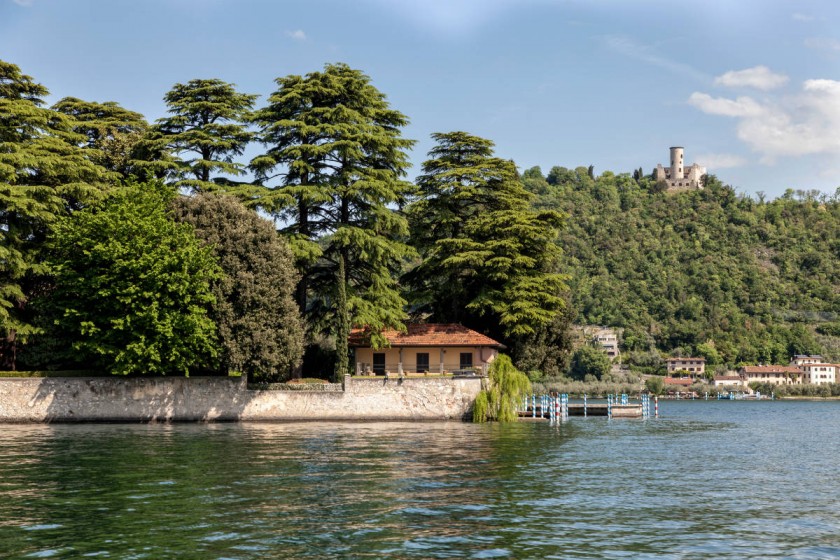 A look at Monte Isola

Monte Isola, on Lake Iseo, is the largest lake island in Italy and Southern and Central Europe. A true green mountain rising from the water, Monte Isola is rich in olive trees that surround the southern coast between Peschiera Maraglio and Sensole (from the Latin Sinus olis, meaning "inlet of the oil") while typically alpine tree species characterize the north and the highest parts of the mountain.

Completely wooded in antiquity, Montisola possessed a pagan temple on its top. On the island is attested to the presence of the villas of Roman epoch. In the V century A.D. it was Christianized by the Bishop Bresciano San Vigilio. In the Middle Ages it was contended by various lords, the territory was assigned by the Longobards to the monastery of San Salvatore; subsequently the Cluniac settled there a monastery and went around the year one thousand, the manufacture of networks, which flourished along the next centuries. The island saw first born agricultural villages in higher positions and, in a later epoch, fishermen villages along the coast of Lake Iseo. Toward the century XIII, in defense of the territory of Brescia, the Oldofredi family built a castle there (now Rocca Martinengo, private property).

Known for having hosted the artist Christo's “The Floating Piers” in 2016, Monte Isola is connected to the shores of the lake by an efficient scheduled boat service, whose ferries depart from Sulzano, Sale Marasino, Iseo, Lovere, Sarnico and Tavernola.
On the island it is not allowed to drive around and in each of the starting points it is possible to find a reserved parking space. To circulate in the village it is possible to use only the bicycle, the only means of transport on the ferries, while the residents can use mopeds or the municipal public service bus that connects all the villages. Once you reach the port of Peschiera Maraglio, a small fishermen's village of artisans where fishing and hunting nets are produced, you reach the small church of San Michele Arcangelo through its narrow alleys.
Between Peschiera and Siviano, above the Gulf of Sensole, stands one of the most characteristic monuments of the place, the Rocca Martinengo, an ancient castle built by the Olofredi d´Iseo in the 14th century for defensive purposes. In front of Sensole you can admire the San Paolo Island, on which a monastery once stood, while now there is a private villa in Neo-Renaissance style.
The Sanctuary of the Madonna della Ceriola is located on the top of the mountain that dominates the island, just above the suburb of Cure. Built in 1500, probably on the ruins of a chapel of the XI century.

A local characteristic consists in spreading to dry in the sun perch, the shad and bleak fish on the arches of wood; the tradition of dry the fish in the sun on suitable supports survives even in the surname Archetti, the most widespread throughout the island. Monte Isola has not only a fish dishes, in hilly surroundings in fact (in particular in Masse and in Cure) produces a coarse grain salami.

25010, Tremosine sul Garda (Brescia)
48.94 Kilometers from Monte Isola
Church of San Pier d'Agrino in Bogliaco
climbing the hill from Bogliaco to Fornico, the church of S. Pier d'Agrino can become a destinati...

Find where to sleep in Monte Isola

Vicolo della Scaletta, 10, località Pieve, Tremosine sul Garda (Brescia)
53.24 Kilometers from Monte Isola
GeoResort
The GeoResort, unique in its kind, is situated in the locality of Sompriezzo, 1.5 km from the vil...

Via Provinciale 1 - 25010, Tremosine sul Garda (Brescia)
50.38 Kilometers from Monte Isola
Farm Zanetti Roberto
The farm is set in a beautiful natural setting on the "terraces" overlooking Lake Garda. The two...

Our news about Monte Isola

5 romantic villages for emotions between poetry, dream and reality
Not just Halloween, trick or treat. Our Peninsula is dotted with romantic hamlets in which drunkenness rhymes with tenderness: to spend a day, a weekend or a long bridge in evocative atmospheres. 1. Monte Isola (Lombardy) Lake Iseo: refined, intimate and "vintage", with its pastel colored villas overlooking the water and, around, a crown of parish churches and monasteries. With a primadonna, Monte Isola, which stands out in the m...
Continue
Today we celebrate World Water Day
Today, March 22, we celebrate World Water Day, established in 1993 by the General Assembly of the United Nations. This year the theme is Water for all - Leaving no one behind ("Water for all, let's not leave anyone behind"), which is inspired by the sixth of the 17 goals for the sustainable development of the 2030 Agenda, or "to guarantee everyone the availability and sustainable management of water and sanitation by 2030». «Water is a precious commodity and it...
Continue