Share
The village of Bagnoli Irpino is known for the production of the Bagnoli Black Truffle and Montella Chestnut. It has historic buildings that take you back in time such as the Collegiate Santa Maria Assunta of Lombard origin and the two Castles, one Lombard and one of Norman origin.

A look at Bagnoli Irpino 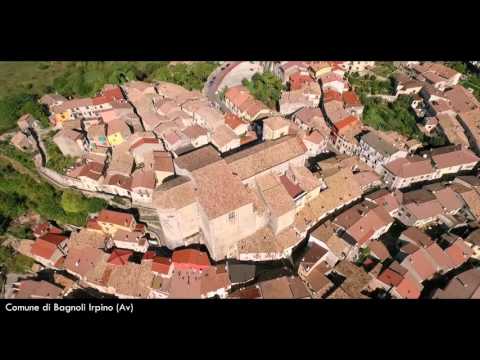 Bagnoli Irpino, in the province of Avellino, is known for the production of the Black Truffle of Bagnoli and the Castagna di Montella.Also known for the Laceno lake and located close to the Picentini mountains, the municipality is part of the historical region of Sannio Irpino.

First conquered by the Lombards and later by the Normans, the village has several historic buildings that take visitors back in time.The Collegiate Church Santa Maria Assunta, rebuilt after a fire in 1651, of Lombard origin dating back to 900, is located in the historic center of the town. Inside there are important works, such as the wooden choir depicting scenes from the Old and New Testament, and valuable works by local artists, the largest of which is Domenico Venuta.

In the village there are also two castles: the first is of Lombard origin, built around 870, when the principality of Benevento was divided giving rise to that of Salerno; the second is of Norman origin, dated between 1050 and 1100. Also worth visiting are the Palazzo della Tenta, the Fontana del Gavitone and the Clock Tower and the Church of Santa Margherita, located in the main pizza of the village.

The historic center of the town is of the nineteenth century, with narrow and steep streets. The original and oldest nucleus is the Giudecca or Jewish district of Jewish origin, dating from around 1300/1400. The center offers several urban views of particular importance, hosting many noble palaces, especially around the main square, where the ancient nobles lived.

Among the events that animate, every year in Bagnoli Irpino there is The Chestnut Festival and the Truffle Festival/Bagnoli Irpino Black Truffle Market Exhibition, an unmissable gastronomic event with more than 200 stands, shows and handicraft exhibitions. The enogastronomic proposal of the village falls on: Pasta with black truffle from Bagnoli, Bagnolese Tartufo salad, bag of the brigand and liqueur with black truffle from Bagnoli.

Via del Convento, 14, Zungoli (Avellino)
33.90 Kilometers from Bagnoli Irpino
Montevergine Sanctuary
The Sanctuary of Montevergine, near the village of Mercogliano in Campania, is the most famous an...

SS374 Dir, Mercogliano (Avellino)
31.11 Kilometers from Bagnoli Irpino
Norman Castle
The Norman Castle is located in the heart of the village of Zungoli, in Campania.

Via Castello, 7, Zungoli (Avellino)
34.21 Kilometers from Bagnoli Irpino
Ducal Castle
The Ducal Castle is located a few steps away from the Cathedral of Bisaccia, in Campania.

Campania: land of art and food
Campania is known all over the world for the mildness of its climate, the beauty of its coasts, the richness of its art and its history. Furthermore, his love for cooking makes this region a land that many tourists want to know and visit. A journey that always starts from the sea, the undisputed king of this territory, with its intense colors, its coasts dotted with bays, the gentle coves and the steep rocky walls, the islands of the Gulf of Naples, Capri, Ischia and Procida, which they are real masterpieces of nature and proceed ...
Continue
The villages of truffles: the perfume of the good soil
Besides being the king of the kitchen, what is a truffle exactly? It’s a sort of spontaneous underground mushroom: its value is due to the fact that you can’t cultivate it so you must search for it in the forests (thanks to the dogs’ nose) and it must be strictly picked up by hand. There are different types of truffles and among the thirteen ones that you can pick up in Italy the most precious one is with no doubt the Tuber Magnatum, the white truffle. So we can’t help starting our roundup with the “Internati...
Continue