Share
Mercogliano is located at the southern slopes of the southeastern Massif of Monte Partenio, which dominates the Avellinese basin with its 1493 meters high. The municipal area develops in an evocative environment of high hills and mountains, strongly marked by the presence of beech and chestnut woods.

A look at Mercogliano 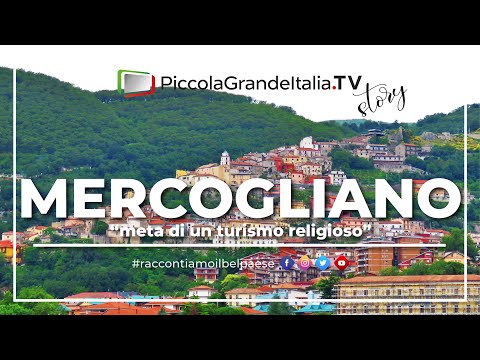 The name Mercogliano seems to derive from Mercurianum and indicate the presence in these places of possessions, praedia, of magistri mercuriales, magistrates, predominantly liberti, that they administered the cult of Mercury. There arose after the Samnite war a roman colony, the place retained the name of the place where, in fact he venerated the cult of mercury, up to the Middle Ages with the denomination of "Castrum Mercuriani", from which it derives its current name. The place, however, until the fifteenth century also retains the same civic coat of arms, the image of the god mercury. Of particular importance is a column roman military found in locality Alvanella that confirms the presence of an important artery roads leading (and leads) in Naples.

The true foundation of Mercogliano is attributable to the last decades of the VI century, concomitantly with the descent of the Lombards in southern Italy. A colony of refugees from neighboring Abellinum, precisely to escape to the Longobards, occupy the hill of Mercogliano. In little time is built a village that is slowly populates. Mercogliano, still casale di Avellino, is mentioned for the first time in a document in 982. The development of the country still continues in the year 1000 as a result of the invasion of the Normans in Southern Italy, began in 1030. In that period is built the castle. Between the 1077 and the 1089, a testimony of a continuous development, the Antico Casale is elevated to the rank of the castle.

Mercogliano acquires so administrative autonomy. Lord of the fortified village in 1136 was a certain Enrico Sarno, subfeudatario del Conte di Avellino Rainulfo. In 1137, under Ruggiero II, who besieged the city of Mercogliano occupying the castle, begins the Norman domination. At that time Ruggiero II did enclose in the castle Matilde, the wife of Count Rainulfo. The feud was then donated by Ruggiero II to Riccardo de Aquila, who was also appointed in the catalog of the Barons for sending in the Holy Land to some knights and squires. To Riccardo de Aquila, several years after, there took place Ruggiero, 1161 and the countess Pierrone de Aquila, 1183, bride of Ruggiero de Castelvetere.

Certainly deserve a visit the Sanctuary of Montevergine, in the homonymous locality, which the destination of numerous pilgrimages from every part of Italy, especially in the summer period. Thanks to a funicular you can reach the sanctuary from Mercogliano in just seven minutes. Tracing back the road rolling stock or drops back with the funicular, joints in Mercogliano us imbatte in another tiny treasure monumental and culture: the Abbey of Loreto.

The medieval village of Capocastello instead hung over the castle, built between 1077 and 1099 (mainly around 1089), and was protected by walls to defend the attacks of the Normans. Along the walls insisted the five doors that allowed access to the medieval village. Here you can visit the Antiquarium of Mercogliano.

Corso Romuleo, 171, Bisaccia (Avellino)
54.39 Kilometers from Mercogliano
Ducal Castle
The Ducal Castle is located a few steps away from the Cathedral of Bisaccia, in Campania.

Via P. Colletta, Bisaccia (Avellino)
54.40 Kilometers from Mercogliano
Norman Castle
The Norman Castle is located in the heart of the village of Zungoli, in Campania.

Via Castello, 7, Zungoli (Avellino)
45.04 Kilometers from Mercogliano
Grimaldi Castle
The Grimaldi Castle dominates the village of Monteverde, in Campania.