Share
The medieval village of Monteverde, which was the bishopric in the 11th century, Monteverde was founded in an area frequented since the Neolithic period. The subsequent presence of the Romans is evidenced by the remains of the well-known "Ponte Pietra dell'Oglio" and the repeated discoveries in the territory of precious Roman art objects, ancient armor, coins and finds from the Greek colonies. Monteverde is also renowned for its pork sausages and dairy products from wild cattle breeding. 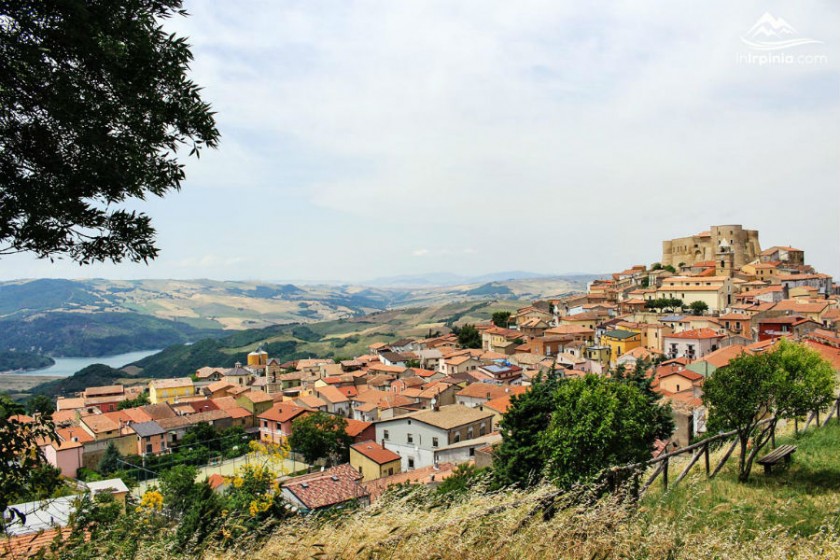 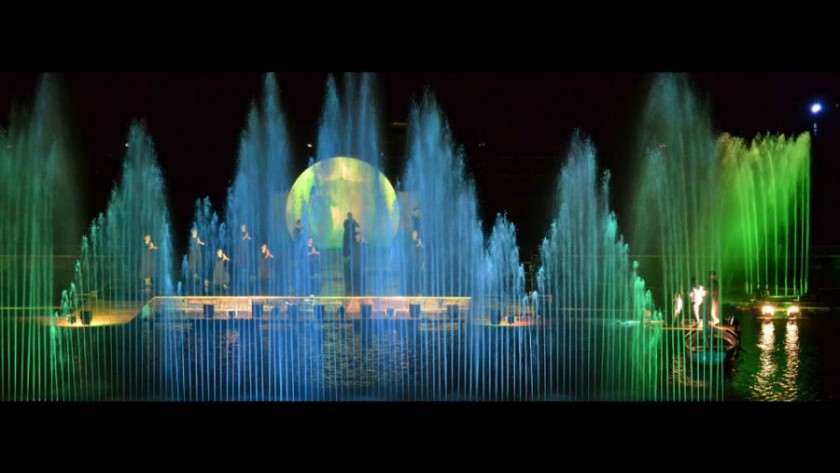 A look at Monteverde

On one of the three packages on which it stands Monteverde, The Serro dell'Incoronata, are visible walls dating back to the IV-III century B.C.; certain scholars in the past, Tesero to identify this site in Cominium. In any case, Monteverde was founded in an area frequented since the Neolithic period. The next time the presence of the Romans is testified not only by the remains of a bridge, known as "stone bridge of the Oglio River", but also by the repeated finds in the territory of precious objects of roman art, ancient armours, coins and finds coming from the Greek colonies.

Roman historian Titus Livius cites the village sannita of Cominium Ocritum, touched by Annone, general Hannibal during the Second Punic War. The historic Nicola Fierro, in his study on the battle of Aquilonia, identifies Cominium Ocritum with Monteverde. This identification is also claimed from Cerreto Sannita, note subsequently in Latin as Cominium Cerritum.

The name Cominium is osco, sannite, and is identical to the Cominium whose name is preserved in the Valley of Comino and in San Donato Val di Comino. The name Cominium seems to refer to the location in which they were convened meetings (comitia); probably one of them existed for each population or tribe of the Oscan language. It is in fact attested to the presence of the toponym for Marrucini, Equicoli, Pentri and Irpini.

The village rose in the Middle Ages. In the XI century became a bishopric and had its own Bishop until 1531, the year in which the diocese of Monteverde was united to the Diocese of reeds. From 1532 to 1641 was the Lordship of Monteverde for the Grimaldi Princes of Monaco Marquises of campaign. In 1513, the feudatory was Ferdinando Orsini, Duke of Gravina; in 1695 the Regio Fisco revenge Monteverde to Sangermano Giacinto Jeronimo, bishop of Nusco and Sangermano Michele who became Baron of Monteverde, taking possession of the castle located at the top of the village. In 1694, a terrible earthquake hit Monteverde.

Certainly deserve a visit the Baronial Castle of Sangermano and the Cathedral of Saint Mary of Nazareth.

The village is renowned for the sausages of pork meat, such as soppressata, sausage and capocollo, and dairy products of the bovine herd wild as caciocavallo, scamorza, ricotta, fresh cheese and seasoned. Among the typical dishes stand out some tasty recipes from peasant loaf of corn flour cooked on burning coals in replacing the bread or to enrich the boiled field vegetables, you arrive at most elaborate dishes, but always of the agropastoral derivation, based on homemade pasta (ravioli, orecchiette, cavatelli, lasagna), legumes (chick peas, beans, lentils, broad beans, chickling), vegetables (cabbage, chicory, asparagus). The robust wine of Aglianico grapes Sangiovese and accompanies sausages and white and red meat, including the head of lamb with potatoes, typical dish of the Easter period.

Monteverde was the birthplace of the Blessed Jordan and Archbishop of Conza, Antonio Buglione and Professor Federico Bocchetti clinical, illustrious, Professor at the University of Rome, volunteer of every war, disappeared on the Russian front on 29 December 1942. Finally it is the country of origin of Mario Draghi, President of the European Central Bank.

Grimaldi Castle
The Grimaldi Castle dominates the village of Monteverde, in Campania.
Via Salita Castello, 6, Monteverde
Norman Castle
The castle of Melfi is the symbol of the town and is considered one of the most important medieva...

Via Normanni - 85025, Melfi (Potenza)
10.23 Kilometers from Monteverde
Cathedral of Rapolla
The Church of San Michele Arcangelo is the Rapolla cathedral and concathedral of the diocese of M...

Corso Romuleo, 171, Bisaccia (Avellino)
13.45 Kilometers from Monteverde
Ducal Castle
The Ducal Castle is located a few steps away from the Cathedral of Bisaccia, in Campania.

Via S. Leone, 99, Cairano (Avellino)
18.22 Kilometers from Monteverde
Aragonese castle
the Aragonese castle of Venosa, in Basilicata, is located at the southern end of the village.

Piazza Umberto I, 21, Venosa (Potenza)
24.21 Kilometers from Monteverde
Montevergine Sanctuary
The Sanctuary of Montevergine, near the village of Mercogliano in Campania, is the most famous an...

Via del Convento, 14, Zungoli (Avellino)
30.95 Kilometers from Monteverde
Norman Castle
The Norman Castle is located in the heart of the village of Zungoli, in Campania.

Find where to sleep in Monteverde

Via S. Cesareo, 17 - 83030, Zungoli (Avellino)
31.28 Kilometers from Monteverde
Raduart
A small craft shop in the historic centre of Zungoli where you can buy various handmade and hand-...

Via Roma, 30 - 83030, Zungoli (Avellino)
31.00 Kilometers from Monteverde
Addorisio De Feo' Bakery
A few steps from the Norman Castle in the historic centre of Zungoli, the Addorisio De Feo bakery...

Via Castello, 70 - 83030, Zungoli (Avellino)
4433.66 Kilometers from Monteverde
Molara Agricultural Cooperative
It produces excellent quality cheeses and its main product is Caciocavallo podolico, which is als...

Via Toppo dell'Anno - 83030, Zungoli (Avellino)
31.79 Kilometers from Monteverde
Moschella Butcher's shop
In the heart of the historic centre of Zungoli, the butcher's shop guarantees meats and cold cuts...

Via Castello, 83030, Zungoli (Avellino)
31.05 Kilometers from Monteverde
San Comaio Oil Mill
A brand that has become a symbol of high quality, as evidenced by numerous prestigious awards. Th...

C.da Carpineto - 83030, Zungoli (Avellino)
31.84 Kilometers from Monteverde
Caseificio Lidia
A true excellence of the territory at the foot of Mount Molara. The Caseificio Lidia produces dai...

Feast of Our Lady of the Snows - St Mary of Nazareth

Feast of Our Lady of Mount Carmel

Villages between Puglia and Irpinia
Foggiano and Irpinia. You said everything, you said a lot. Think of the province of Foggia. Very extensive. From the countries immediately after the Bari and the Bat, here already Cerignola, historical and big agricultural reality, the city of the trade unionist Di Vittorio. From here we go inside, going towards Candela and the Subappennino Dauno, 49 villages set in the not very high mountains of this particular southern and Apulian mountain ...
Continue
In Monteverde the first computerized stick for the visually impaired
Great news, of fundamental importance, in Monteverde. An initiative that is not only tourism but also, and above all, social. The municipal administration of the Irpinia village, in fact, is experimenting with the smart computer stick for the visually impaired ("smart walking stick"), a revolutionary tool that, alongside the tactile-plantar paths, will allow tourists to move easily t...
Continue
Petralia Soprana: the village of the Borghi autumn 2018
After the victory of the village of Ganci in 2014, of Montalbano Elicona in 2015 and Sambuca di Sicilia in 2016, the land of the Gattopardo, with a plush step, once again, climbs the podium peaks with another gem of the hinterland, winning with Petralia Soprana the title of Borgo dei Borghi autumn 2018. This edition of the Il Borgo dei Borghi competition, an autumn spin-off linked to the Kilimanjaro television program, began with three groups per ...
Continue