Share
A mountain village entirely in stone, a maze of roads that narrate the history of the town with panels illustrated by historical photos of Raggiolo and its inhabitants. This place, located on the slopes of Pratomagno, offers countless reasons that justify a visit, including the tranquility and purity of the environment in which it is located. 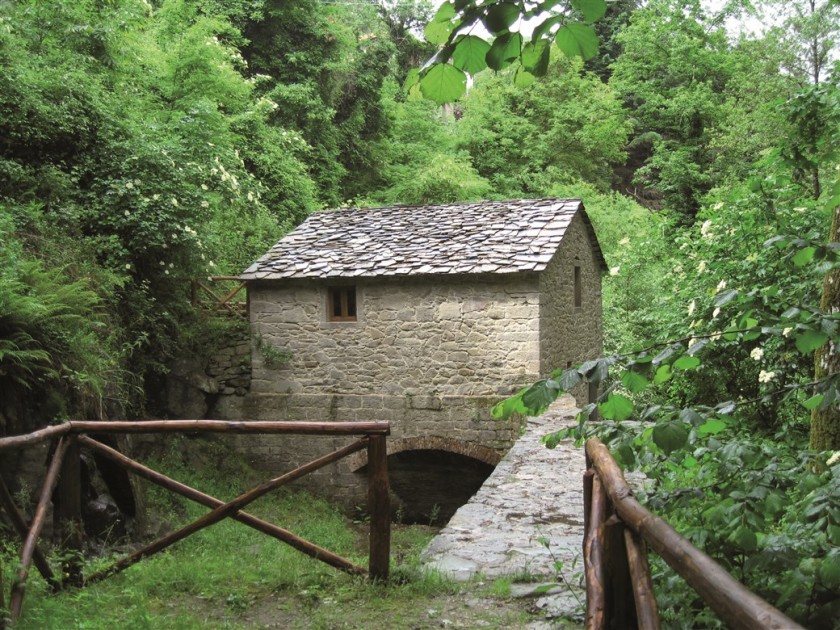 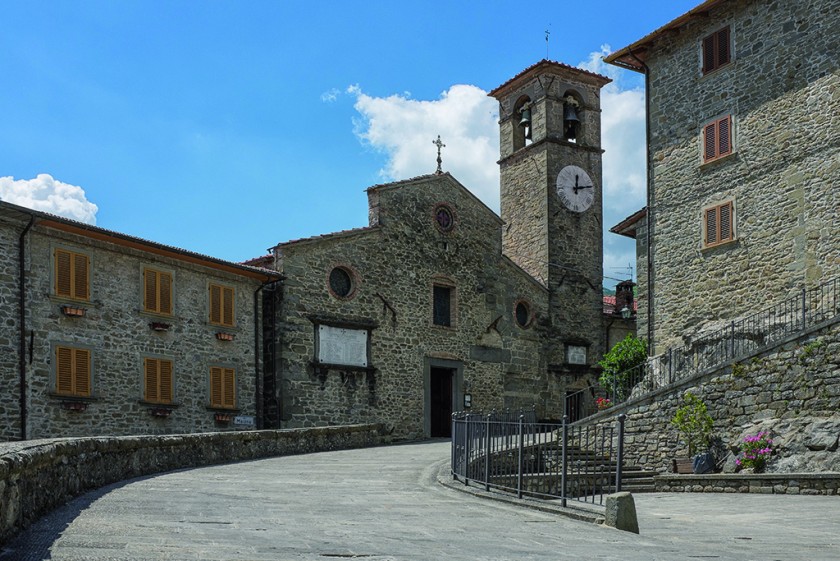 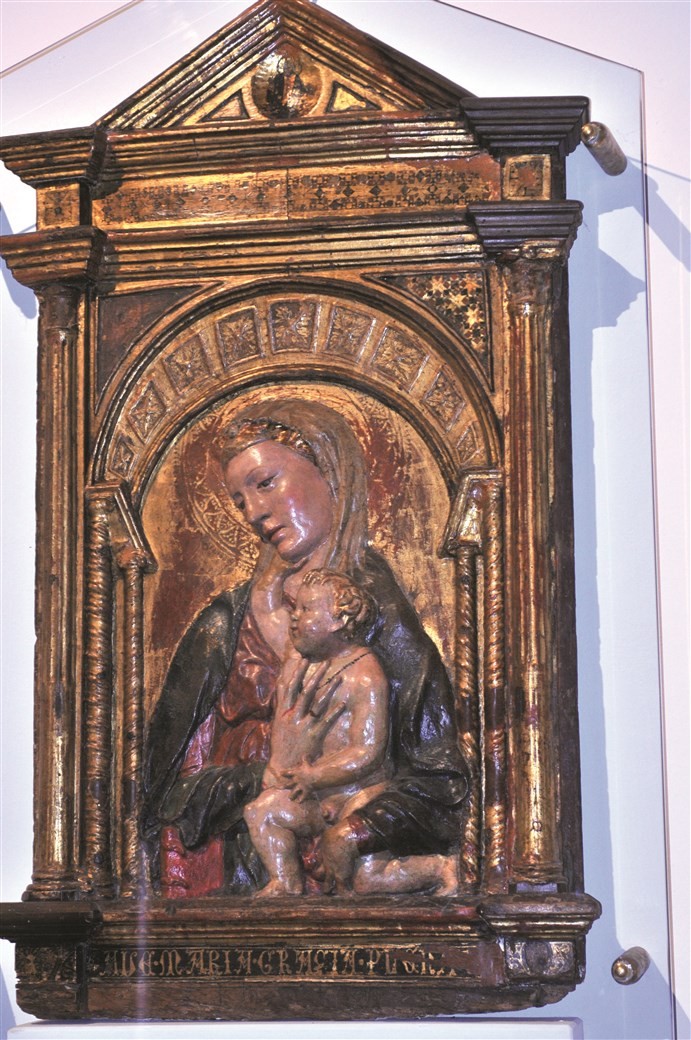 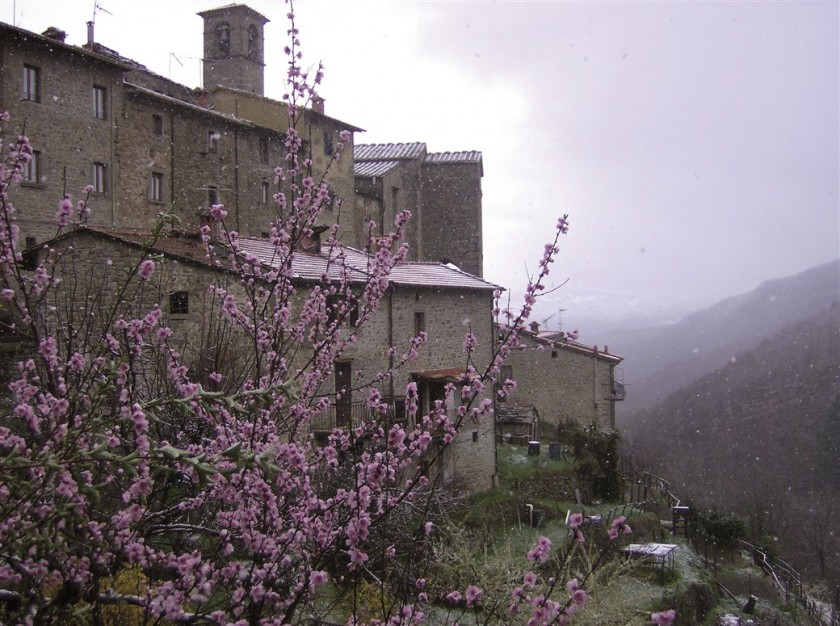 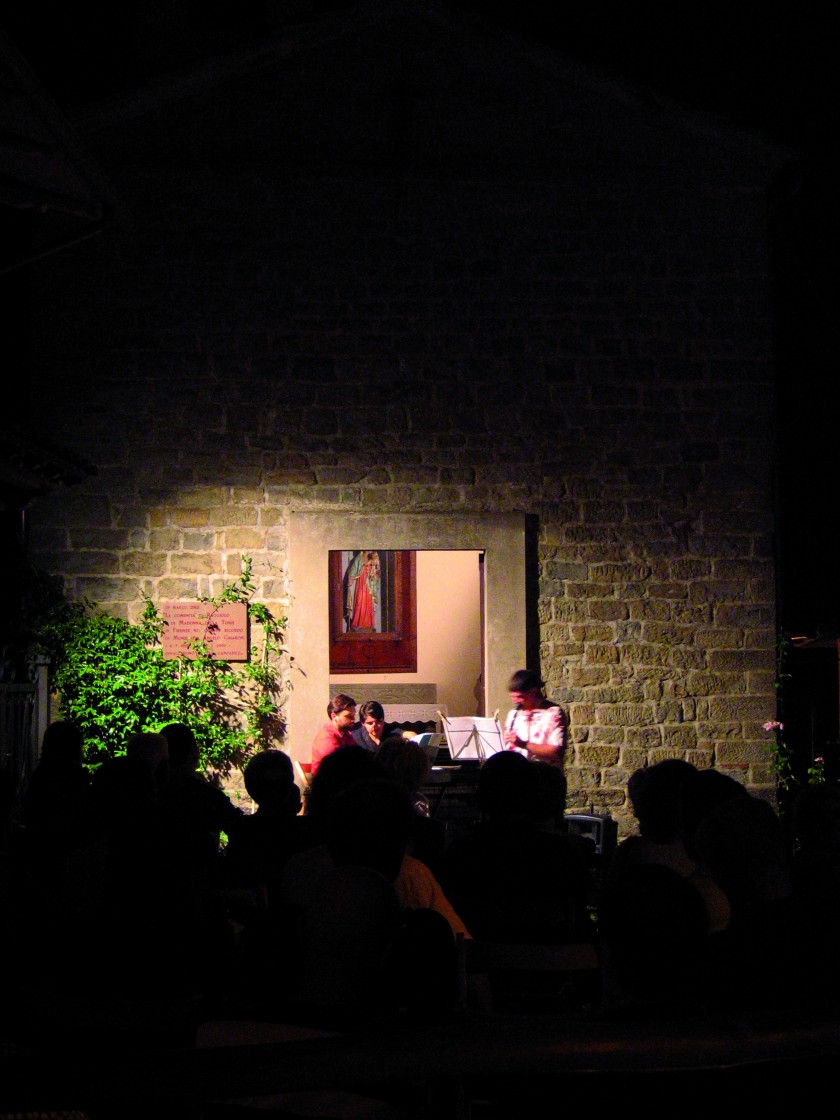 Ortignano Raggiolo was born in 1873 from the fusion of the two previous municipalities of Ortignano and Raggiolo. The toponym is certified for the first time in 1247 and probably derives from the name of a person Hortinius romano, while Raggiolo is attested in 967 as Ragiola and derives from the latin radius with the meaning of "border line". Ortignano, municipal seat, is situated on top of a hill. Simple and elegant it presents the church, recently restored, dedicated to San Matteo. Interesting are the coat of arms and the inscriptions carved on the architrave of the entrance. From Ortignano, climbing up the valley of the torrent Teggina, you arrive at Raggiolo. It is a mountain village quite extensive and is located on the slopes of Pratomagno. Interesting in the low zone of Raggiolo was the presence of forges for the working of iron placed on the creek. The water of the river provided the energy to operate the heavy hammers while the abundance of wood used as fuel, allowed the metal working, then exported by animals from soma toward Bibbiena, together with that coming from Ortignano and carder.

Here we find the Museum of the Chestnut that shows all the steps of collecting and processing of what in the past was a real substitute for bread. The museum provides a part mainly didactic, through the various environments, and a workshop where you can manipulate the ingredients found previously. The village hosts a widespread hotel, a restaurant and a shop of alimentary.

Raggiolo is a world apart. The small village, high on the road and penetrated in the lush forest of chestnut trees, presents itself with the simplicity of one who has deep roots, more than Millennial. Stories of the Lombards, of feudal lords, that the remains of the fourteenth-century castle of the Counts Guidi testify. Stories of the proud mountain people, whose only wealth was from the water of the torrents - exploited in time by the forges for the working of iron, from sawmills and from the mills - and by chestnut, so important in the local economy by giving the name to a way to grow them, raggiolana. And, especially, stories of a colony from Corsica, call by the grand dukes of Tuscany to repopulate the ancient castle destroyed in the 15th century. The courses are the true ancestors of the inhabitants of Raggiolo: jealous of the inviolability of the territory, with life marked by dried chestnuts, familiarity with the wood, transhumance period in Maremma. And with a misery hard to withstand in the cold of the winters between chestnut polenta, boiled chestnuts and cheese. All this is now just a reminder that, however, continues to supply suggestions and distinctive physiognomy, maintained by the secluded location and from the forest that rises to the yoke of Pratomagno. All Raggiolo is made of stone: the paved roads steep and difficult, the bridges on the impetuous streams, sources, the mills and the lavatories, some squeegee for chestnuts remained among the many of a time, the houses in appearance are all identical to the essentiality of the drawing but arranged on levels and with different perspectives to observe and follow the slope of the mountain. The daily rhythms are still beaten by the bell of the church of San Michele Arcangelo. Every thirty minutes, the bell reminds the inhabitants about the passing of time with ancient sounds, now rare in the city. All Raggiolo is magnificently outdated.

The Church of San Michele
The church of San Michele in Ortignano Raggiolo was built in the ancient palace of the Counts Guidi.
Via Piana, 6-12, Raggiolo
The Ecomuseum of the Chestnut
The Ecomuseum of the Chestnut of Raggiolo articulated through a series of spaces, signs and diffu...
Via Molino, Località Raggiolo, Raggiolo
Counts Guidi Castle
The Counts Guidi Castle of the village of Poppi, in Tuscany, dates back to 1191.

Strada comunale di Poggio di Loro, 61,, Loro Ciuffenna (Arezzo)
9.10 Kilometers from Raggiolo
Badia di Sant'Andrea
The Badia di Sant’Andrea is situated along the way that leads to San Clemente from the village of...

Via Roma, Loro Ciuffenna (Arezzo)
10.66 Kilometers from Raggiolo
Venturino Venturi Museum
The Museum Venturino Venturi is situated on the ground floor of Palazzo Comunale in the village o...

Via Madonna del Bagno, 58, Castiglion Fiorentino (Arezzo)
40.48 Kilometers from Raggiolo
Badia di Sant'Andrea
The Badia di Sant’Andrea is situated along the way that leads to San Clemente from the village of...

Via Taglieschi, 2, Anghiari (Arezzo)
31.57 Kilometers from Raggiolo
Porta Murata
The Porta Murata of Lucignano is a typical example of medieval military construction, composed of...

Via di Circonvallazione, 14 - 52046, Lucignano (Arezzo)
44.68 Kilometers from Raggiolo
Municipal Museum
The Municipal Museum of Lucignano houses the main work of the village: the Tree of Love or Golden...

Il Borgo dei Corsi
An Albergo Diffuso located in the small medieval village of Raggiolo. All flats have panoramic vi...

Piazza San Michele 3, Raggiolo
Agriturismo Poggio a Poppi
The ideal holiday for those who want to know the flavours of the Tuscan countryside, but also for...

Via Magrete, 13, Poppi (Arezzo)
6.02 Kilometers from Raggiolo
Albergo Casentino
Casentino is a heap of suggestions and values in which humans and environment are still able to h...

P.zza Iacopo Bordoni, 2 - 52014, Poppi (Arezzo)
6.82 Kilometers from Raggiolo
Parc Hotel
The best starting point to discover the wonders of the Casentino valley and breathe the air of th...

Strada prov.le dei Guazzi, 24 - 52014, Poppi (Arezzo)
10.32 Kilometers from Raggiolo
Borgo I Tre Baroni
Within the green heart of Tuscany, in the Casentino valley, I Tre Baroni is located in a great po...

Viale Luigi Fatti, 4 - 52037, Sansepolcro (Arezzo)
36.61 Kilometers from Raggiolo
Albergo Casentino
Casentino is a heap of suggestions and values in which humans and environment are still able to h...

Via Conti Guidi, 9, Poppi (Arezzo)
6.79 Kilometers from Raggiolo
= distances as the crow flies

Our news about Raggiolo