Discover the villages with Piemontebike.eu

Piedmont by bicycle is one of the protagonists of the summer of 2018. To discover the villages of the Monferrato between rows, infernot and historical cellars, or the Langhe or the ancient pievi and the streets of Asti medieval pilgrims 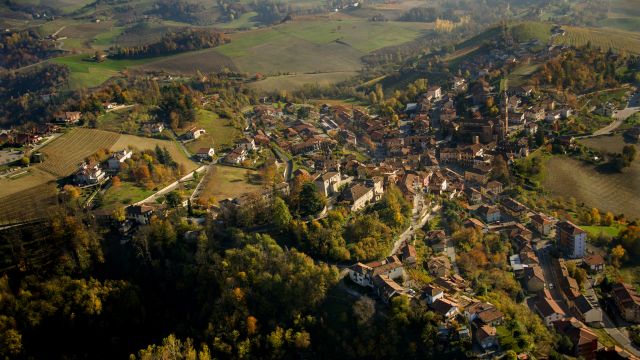 Alone, in the family or in a group. It does not matter if you are very trained or "Sunday" biker: for everyone and to discover the villages of Piedmont in a slow perspective, there is Piemontebike.eu. with a myriad of proposals. The portal, created in synergy with the Piedmont Region, is now even richer because it extends to five territories to be discovered: the Langhe and the Roero, the Alessandrino - with the Monferrato - and the Asti area - with Monferrato and Langa Asti -, the Cuneese and the Biellese.

Landscapes with sometimes common and sometimes very characteristic features that make it unique: from the plains along the rivers, from the hills to the Alps passing, as the Piedmontese say, between "bric and foss". Each with their own excellences, united by extraordinary views, even more beautiful if they lived on a bicycle. A tourist proposal - short break or stay - in a breathtaking landscape, between art and flavors, with the pleasure of moving on two wheels within everyone's reach, adjustable according to the duration and with the certainty of welcoming the Piemontebike facilities, expressly dedicated to cyclists.

Among the opportunities, here are some "gems": the paths of emotion, which wind along hills dotted with vines and "infernot": carved into the rock, are the ancient underground cellars where the best bottles or food were stored during summer, taking advantage of its natural freshness. In some cases they are authentic works of art, with carved niches, columns, capitals and even whole tables made from a single block.

Hidden treasures of an ancient popular knowledge, a route inserted in the Unesco area of ​​Monferrato casalese that starts from Vignale Monferrato and runs through the Ghenza valley. Do not miss Camagna and recommended is a digression in the Saracen village of Moleto or in the delightful Olivola, where the white of the stone from the canton detaches on the green of the vines in a unique landscape.

For routes to all culture, here is Casale Monferrato with its baroque, the cathedral with a unique narthex in Italy and one of the most beautiful synagogues in Europe. The Tour of the Five Towers - Langa Astigiana -, however, is an itinerary among churches, vineyards and towers: the bell tower of the castle of Monastero and the lookout towers of San Giorgio Scarampi, Olmo Gentile, Roccaverano and Vengore.

This is one of the most popular itineraries, which can and must also extend to icons of Italian villages such as Gavi, Garbagna and Volpedo.

What to see in Gavi

Fort of Gavi
Sanctuary of Our Lady of the Guard
More...
are you an Italian villages lover?
Join our Community
and share you experiences!

The Oil of the Popes and the ancient flavors of...
Val di Fiemme, spring weekend...so what? E-Bike!
Rome and its villages: how to move comfortably
More...