From personal need to official supplier to the Vatican, here is the story of one of the most renowned and well-known oils in Lazio, Olio dei Papi 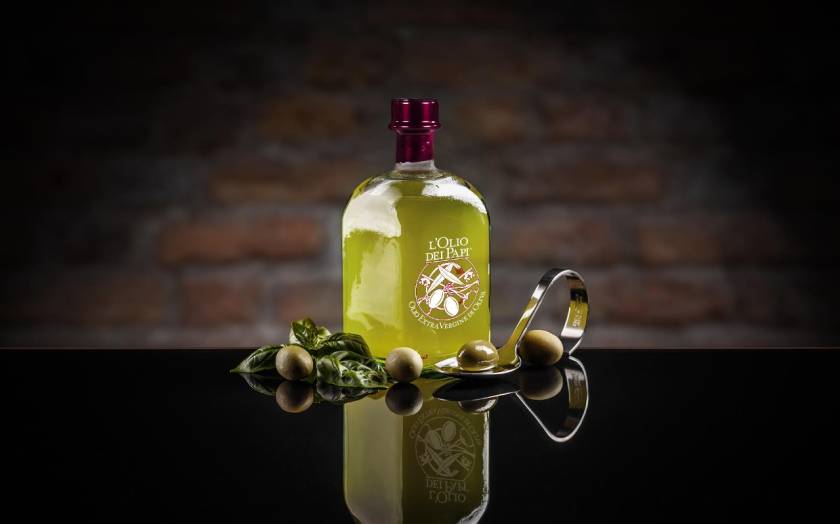 The Oil of the Popes has a very distant origin in time and is the fruit of the huge investments made by the Papal State in the whole area of Ciociara and the Pontine countryside starting from the year 1000.
In these territories today it is precisely the olive tree that is the most cultivated tree, but this was achieved thanks to the reforms enacted by the pontiffs that incentivized the feudal lords and peasants to increase their cultivation, going beyond simply satisfying individual needs.

The path was long, however, and it all began with the defeat of the Western Roman Empire and with agriculture suffering a definite collapse. The perfect Roman organization of the production and distribution chain lapsed in favor of simple personal needs. The olive survived the Middle Ages only thanks to the monasteries, Benedictines and Cistercians above all, who ensured continuity in agriculture by reclaiming land and planting new olive trees.

The estates were under the control of the abbot who carefully decided how best to exploit the land. Olive processing was still poorly specialized, however, and one has to wait until the fifteenth century and the further push that obtained in the sixteenth century to see the development of organized production.

But it was with the agrarian reform and the regulations contained within the Motu Proprio issued by Pope Pius VI on April 21, 1778, that agriculture was transformed from a subsistence and self-consumption activity into a truly organized production of oil that for decades satisfied the demands of the entire city of Rome and the Vatican, so much so that today it has become its official supplier.

Pius VI's action continued with Pius VII, who in 1801 removed from farmers many constraints introduced by previous pontiffs, some of which forced them to sell their produce at prices so low that they did not even cover processing costs. Decisions that were almost inevitable to ward off the shadow of famine that always loomed over the Papal States.

With the granting of a premium for anyone who planted an olive tree, or more generally increased its cultivation, and with the liberalization of the price of products and their trade within the Church State, the cultivation of this plant experienced an extraordinary boost. More than 200,000 new olive trees were cultivated.

Thanks to these new regulations towards the middle of the eighteenth century in Italy there was a general cultural and especially economic revival. These important measures were followed by actions to reclaim marshes and reduce the papal latifundia. The Church bore much of the expense of draining the swamps, which averted the risk of the spread of malaria. This not only brought to light nearly 20,000 hectares of arable land, but in the meantime secured employment and consequently more prosperity.

Thanks to olive oil, the coffers became prosperous again and the balance of trade in the black, being able to count on a fair amount of exports as well. Olive growing is deeply linked to this territory, has conditioned its development and marked its people. The evolved agrarian reform of that era still makes it possible to produce a quality organic oil, the perfect combination of knowledge, history and tradition. 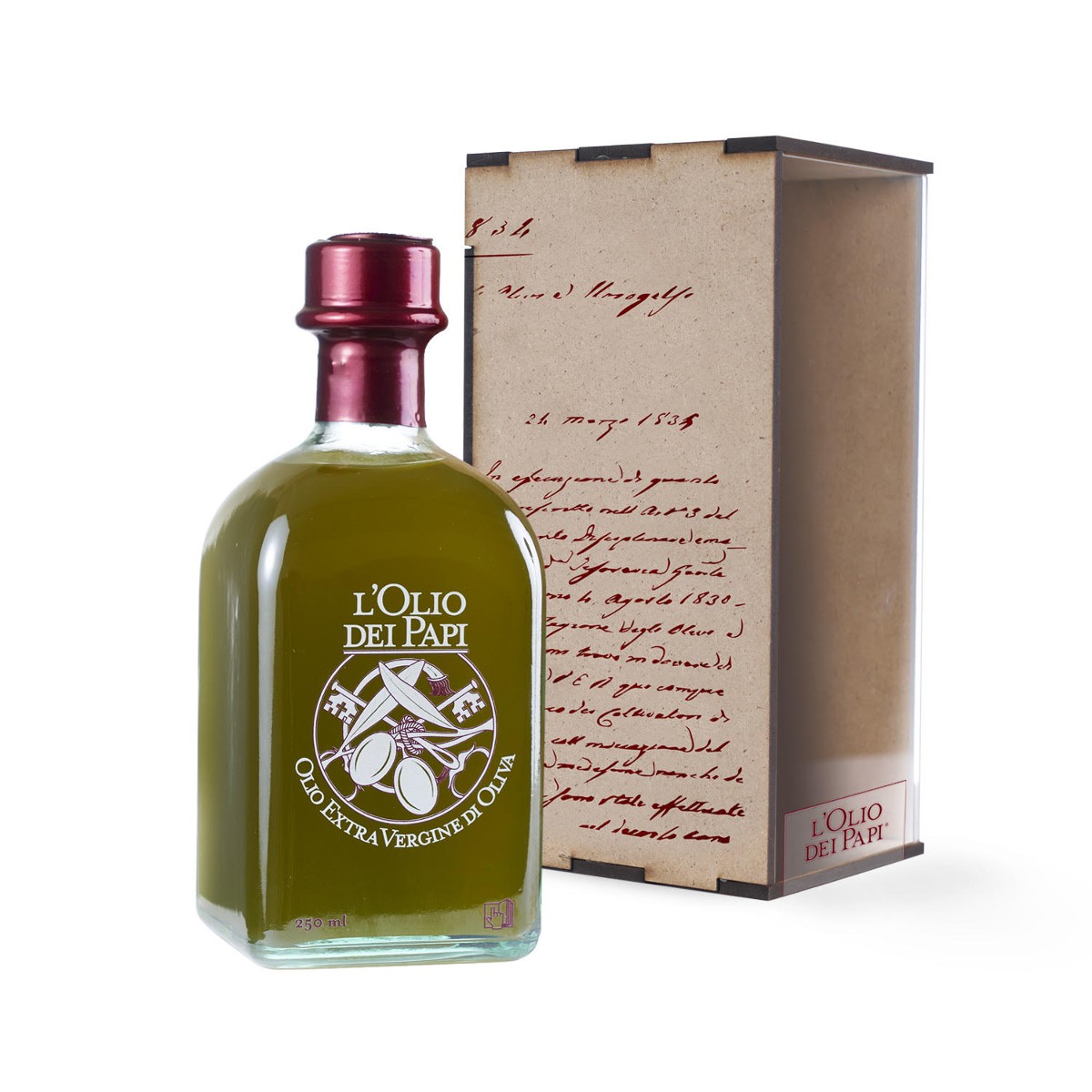 Olio dei Papi was born from this history, from the rediscovery of ancient flavors, from the reunion of all the components of the supply chain, from the selection of the highest quality elements. To this tradition have been added the most modern techniques capable of guaranteeing the arrival on tables of an unparalleled and internationally safe product.

What distinguishes this unique oil is also its traceability, a state-of-the-art system in fact allows, by entering the lot number of the product, to discover not only its origin, but also the area of production, the mill where its processing takes place and if available even the name of the producer, his olive grove and pictures of it. A true identikit that leaves little room for improvisation and guarantees very high standards of quality.

A possibility hardly found in any other type of product, namely that of being able to verify and follow the entire production process of the oil, from its cultivation to its arrival on the tables. An unparalleled transparency and visibility for a final result that is the fruit of centuries-old olive trees that in these lands are an expression of values, tradition, culture and passion for this work.

Olio dei Papi on the other hand is produced following the Disciplinare di Produzione, a set of much stricter and more restrictive rules than the basic regulations, which thoroughly defines both its chemical and physical characteristics. Olio dei Papi is a superior extra virgin olive oil. It comes from a meticulous selection of those olive trees whose quality has made a perfect symbiosis with the surrounding territory. 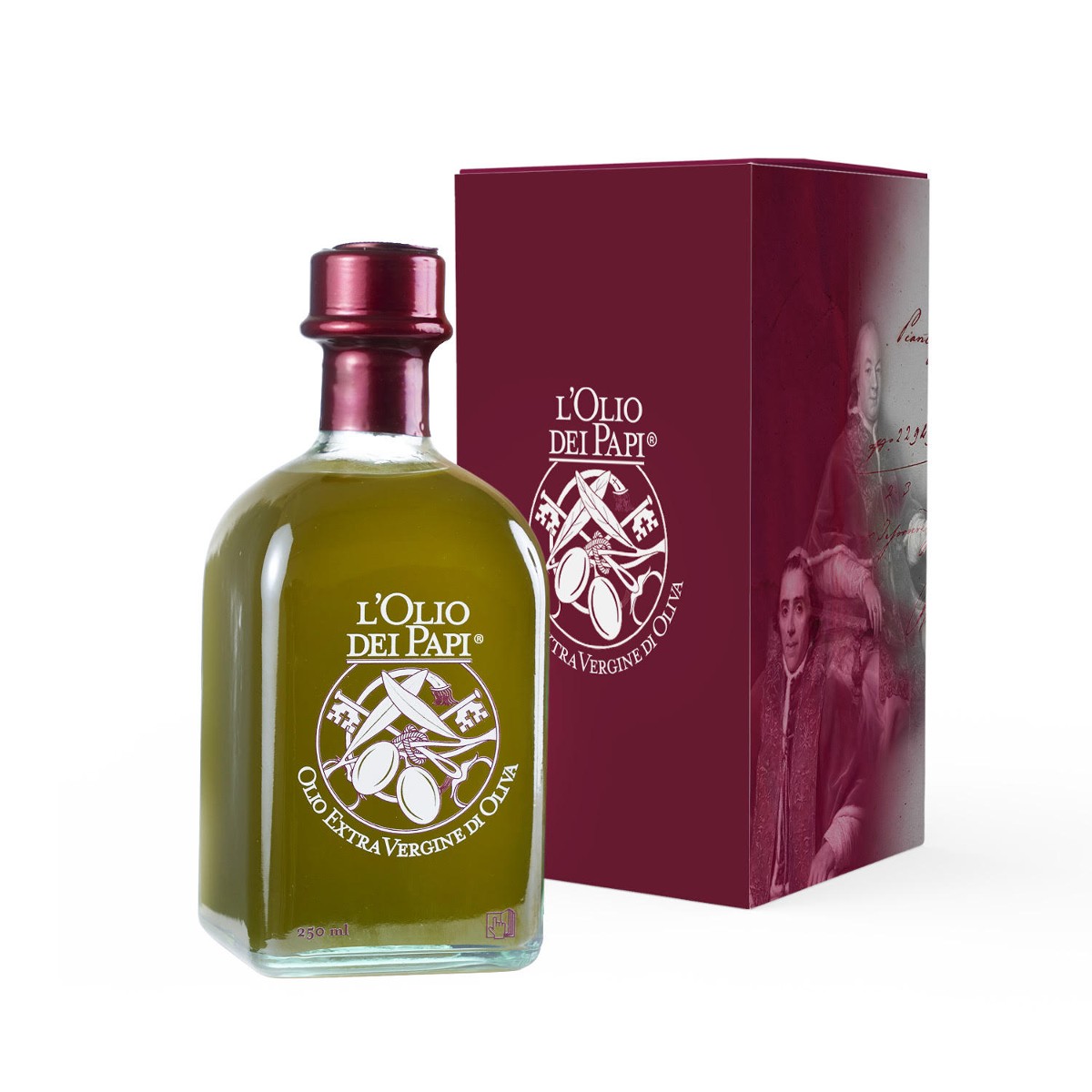 A slow and careful process starts with the cold extraction of olives grown in the territories of lower Lazio, after they have been meticulously chosen and hand-picked. Each stage hides in itself love and care, traits that are indispensable to ensure the product's quality and uniqueness.

For more information and to find out more about L'Olio dei Papi visit: https://oliodeipapi.it/

5 villages to visit in winter, where to sleep a...
The 4 Villages to Visit in Sardinia
Christmas vacation... with flakes
More...