What to see in Valentano, Viterbo, Lazio 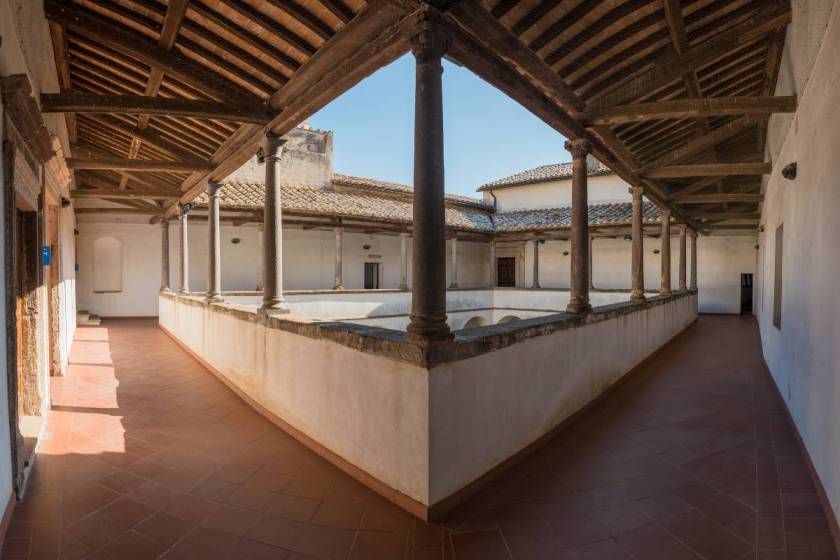 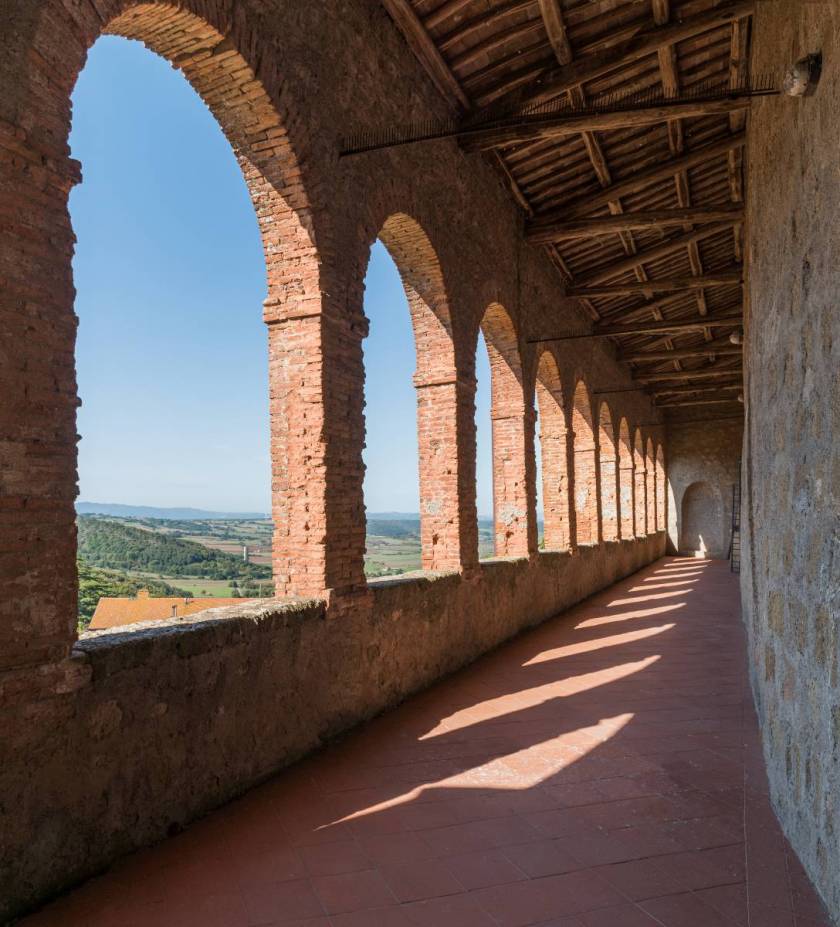 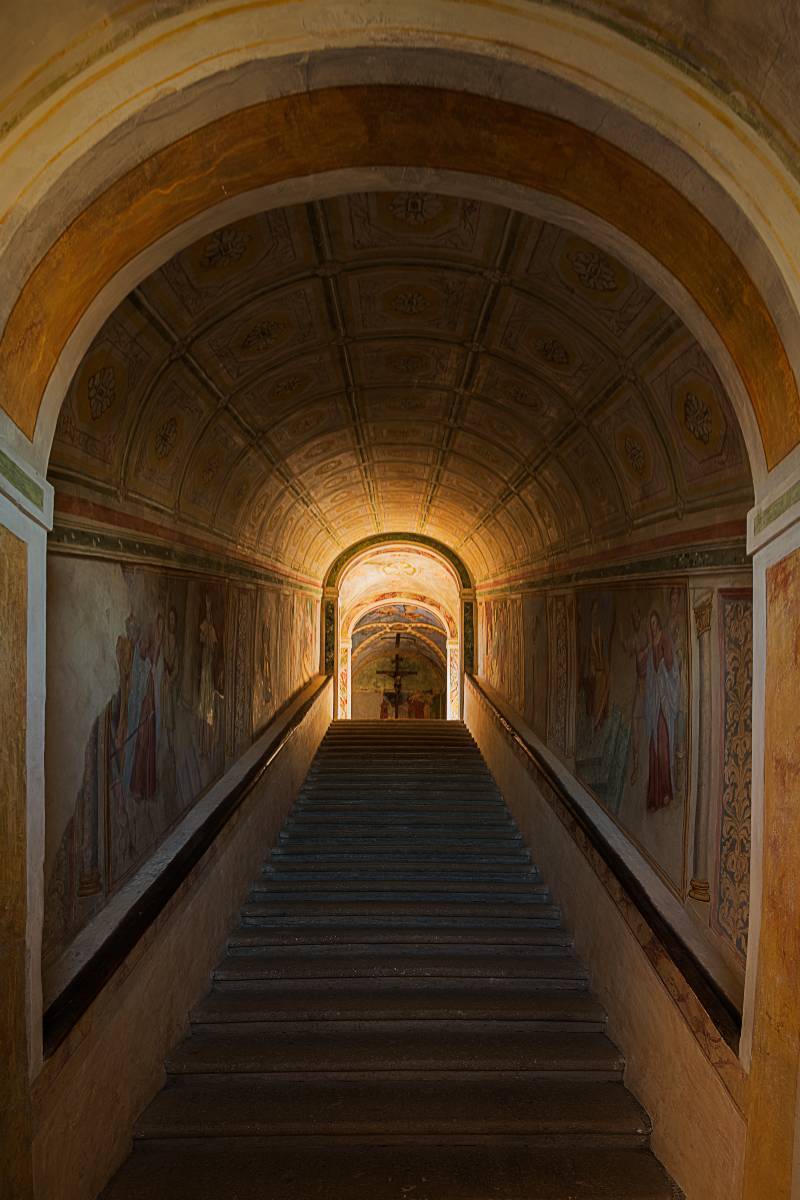 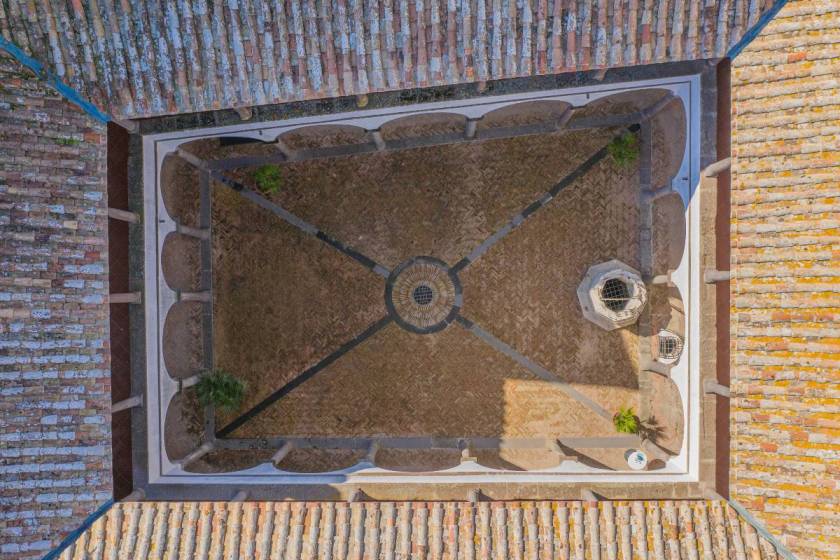 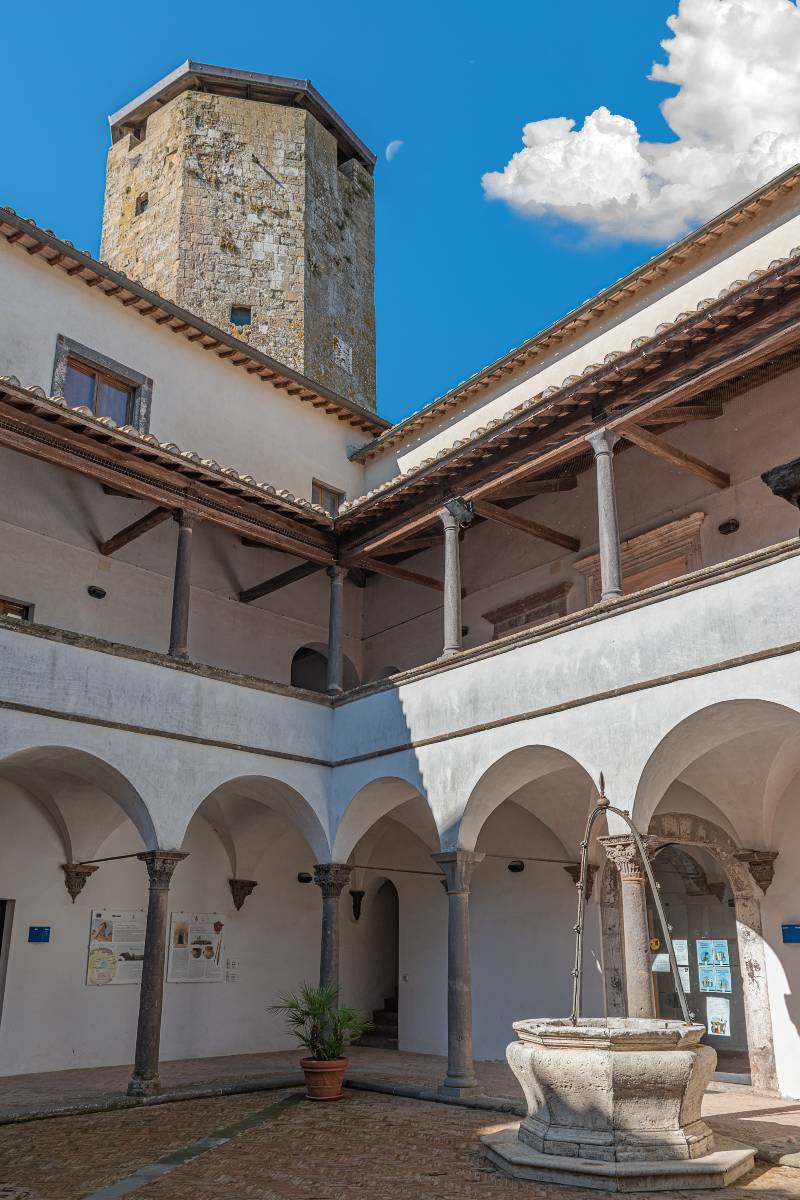 The Fortress
Built around the year 1000 on the top of one of the highest hills in the area, it originally consisted of a modest-sized fortress with its tower. After fires and devastation, a new octagonal tower was rebuilt in 1296, flanked by a parallelepiped garrison.

The subsequent development of the Rocca is linked to the fortunes of the Farnese family. The family took possession of the garrison in the middle of the 15th century and carried out numerous interventions to transform it into a noble palace. The "Cortile d'Amore" (Love Courtyard) was later built, so called because its construction was due to the celebration of the marriage between Angelo Farnese (brother of the future Pope Paul III) and Lella Orsini dei conti di Pitigliano in 1488.

Inside the courtyard, there is a travertine well designed by Antonio da Sangallo the younger (as well as the monumental fireplace in the ducal hall) in the first half of the 16th century, when the Rocca was inhabited by Pier Luigi Farnese (son of Pope Paul III) and his family.

Another historical and artistic element of the Rocca is the Loggia overlooking the garden and the Valentano plain, built to celebrate the election of Cardinal Alessandro Farnese to the papal throne with the name Paul III in 1534. In 2021 the Rocca was included in the Network of Historic Houses of Lazio.

The Holy Staircase
Located inside the Farnese Fortress, its layout dates back to the mid-16th century and connected the first and second floors of the fortress. The construction of the Scala Santa took place several decades after 1730, when part of the structure was granted to the cloistered Dominican nuns led by Sister Maria Gertrude Salandri and the Valentine nun Anna Maria Starnini, who founded their monastery there.
The staircase was commissioned by Salandri in the image of that of St John Lateran.

On the sides of the staircase, made up of the traditional 28 steps, are scenes from the Passion of Christ; other paintings relating to the Passion are to be found in the small chapel at the top where, at the bottom, a wooden crucifix was placed that Sister Anna Maria had recovered from the church of Bisenzio (today it is replaced by a reproduction as the original was brought to Gubbio by the last nuns who left the monastery in 1931).

Feast of the Annunciation at Villa Fontane in Valentano

Feast of the co-patron Saint Justin