What to see in Acquapendente, Viterbo, Lazio 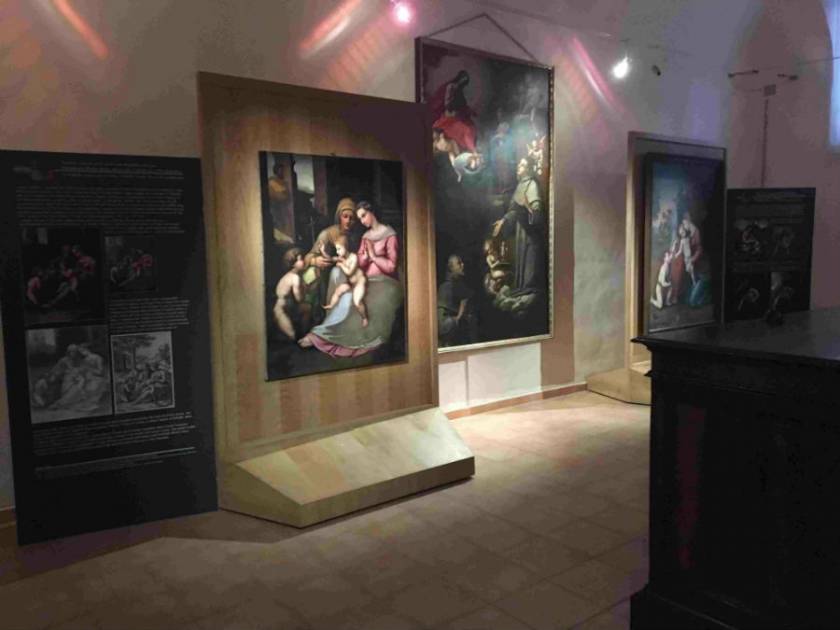 the museum of Acquapendente constitutes a 'integrated system museum' which is divided into 3 exhibition venues (Palazzo Vescovile, Torre Julia de Jacopo and Pinacoteca di San Francesco) located along the road axis that coincides with the crossing of the via Francigena, still today the backbone of the urbanistic plant of the village. The museum has as main purpose to develop the territorial identity through the finds that testify the history, art and culture. Among the main aims those didactic-experimental, with a vocation for scientific research and teaching in schools.

The Palazzo Vescovile contains two distinct collections (civic and diocesan level) that coexist in a single environment. Located in environments of the Old Sacristy of San Francesco (formed in the spaces of the cloister), the Art Gallery houses one of the collected more conspicuous in the territory of Viterbo and contains a part of the works coming from the neighboring convent of the Friars Minor Conventual of San Francesco.

The Torre Julia de Jacopo instead is the oldest site of the three structures of the Museum of the city of Acquapendente. In the medieval castle, located on two levels, exhibition areas are located the collections ceramics the most valuable of the territory. The exhibits cover a chronological arc is sufficiently homogeneous that part from the first half of the thirteenth century until the first decades of the fifteenth century. As regards the medieval ceramics manifests itself a strong dominant of closed forms on the open ones, while the decorative motifs reveal a predominance of vegetable theme on the geometric (but there is no lack zoomorphic motifs or religious).

From the middle of the XIV century the decorative patterns tend to simplification, until the appearance of the heraldic reasons and epigraphical. It is these years the introduction of anthropomorphic reason, with representations of female faces; always of this period are the figurative scenes that relate to the themes of love friendly. Both the morphology of the finds both the figurative repertoire are categorized as "high-Lazio", where converge both Roman influences both of neighboring areas of Umbria and Tuscany (even if it must be reaffirmed the typological specificity and decorative in these specimens).

Patronal Feast of San Bernardino of Siena in Torre Alfina

Feast of St. Anthony of Padua