What to see in Sappada, Udine, Friuli-Venezia Giulia 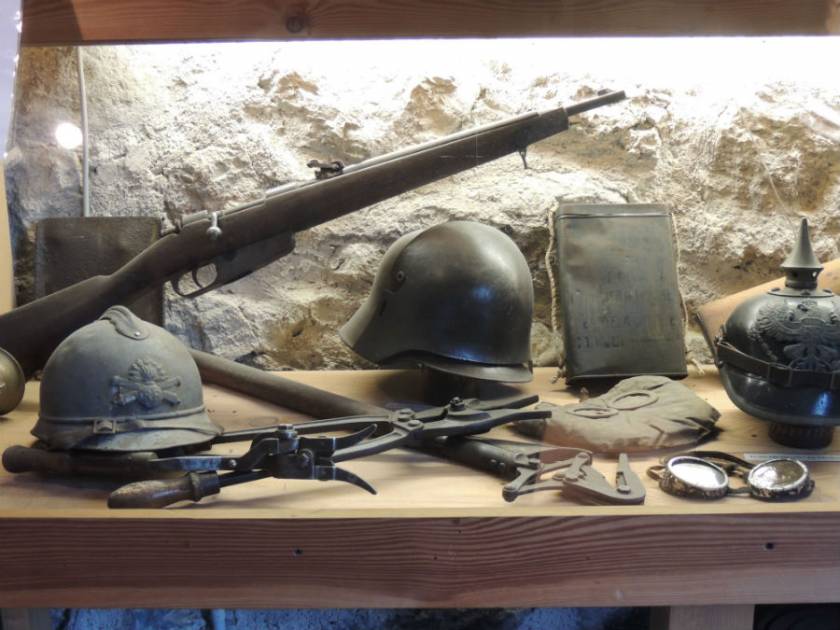 The small museum of the Great War was born in 2002 on the initiative of the collectors Emanuele Pachner and Francesco Pomarè, from the desire to honor the territory in which it was born the Piave, sacred river to the homeland and the men who are fronteggiarono in these places during the First World War.
In an exhibition space formed by an old forge and former municipal slaughterhouse at the waterfalls of Mühlbach is a rich and important collection of artifacts and memorabilia, belonged to two opposite sides during the first world war.
On the front of Comelico and Sappada there were battles such as to turn the tide of war but was made a huge effort to occupy and maintain positions in high altitude even during the harsh winters, since the outbreak of hostilities in spring 1915 up to the defeat of Caporetto and the consequent retraction of the forehead, in autumn 1917.
In the territory there are a great many traces to witness of these events and the aim of the museum is to give a key to read and remember with personal objects and equipment the lives of their soldiers on the Dolomite front which already the harshness of nature made harsh the mere survival. The progressive enrichment of the collections has conferred on the whole a considerable assortment: between the materials exhibited there are divided and clothing, tools for the life of the trench in high altitude, stoves from field supplied to the Italian army and Austrian, documents and photographs of local interest.

Frazione Lateis, 3 - 33020 , Sauris (Udine)
13.39 Kilometers from
Hotel Pa Krhaizar
The Hotel Pa Krhaizar in Sauris is the perfect place to enjoy a great holiday in the Friulian vil...

Via Pontebbana 74/2, frazione Carnia, Venzone (Udine)
5312.33 Kilometers from
Hotel Pa Krhaizar
The Hotel Pa Krhaizar in Sauris is the perfect place to enjoy a great holiday in the Friulian vil...

Piazza Garibaldi, 1 - 33050, Marano Lagunare (Udine)
5249.47 Kilometers from
= distances as the crow flies
Legnostile Artistic Laboratory
Legnostile is the artistic laboratory that connects the past and present for woodworking but with...

Via Sauris di Sotto, 10 - 33020, Sauris (Udine)
11.48 Kilometers from
Malga Alta Carnia cheese
Malga della Carnia cheese made from raw milk is one of the products par excellence along with tho...

Sauris di Sotto, 88 - 33020, Sauris (Udine)
11.80 Kilometers from
Sauris Trout
ZEA, Sauris' smoked trout is born from the sources of Friuli and its smoking takes place in a loc...