What to see in Fagagna, Udine, Friuli-Venezia Giulia 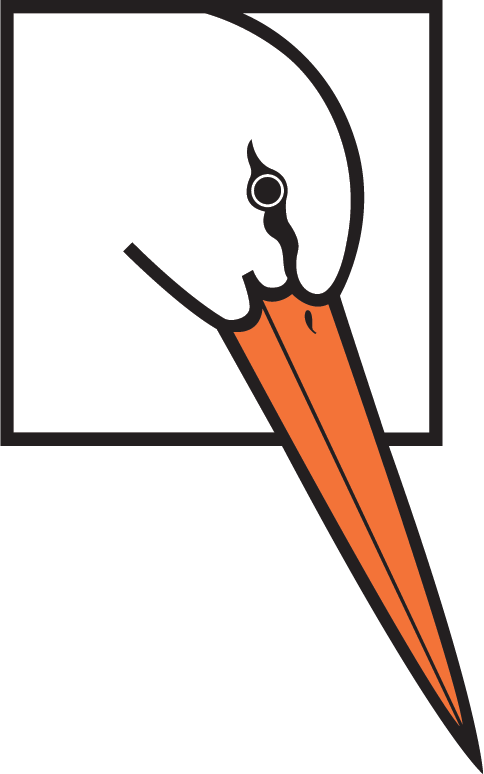 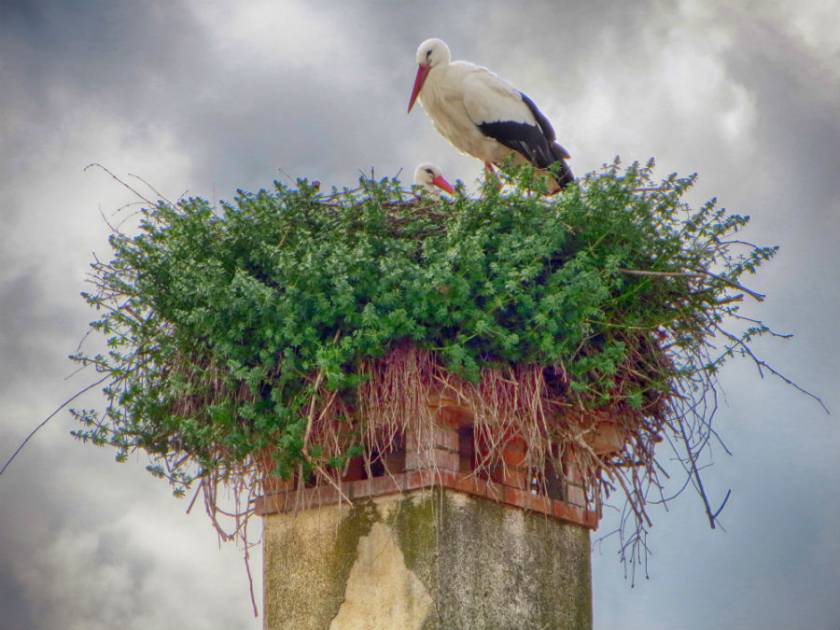 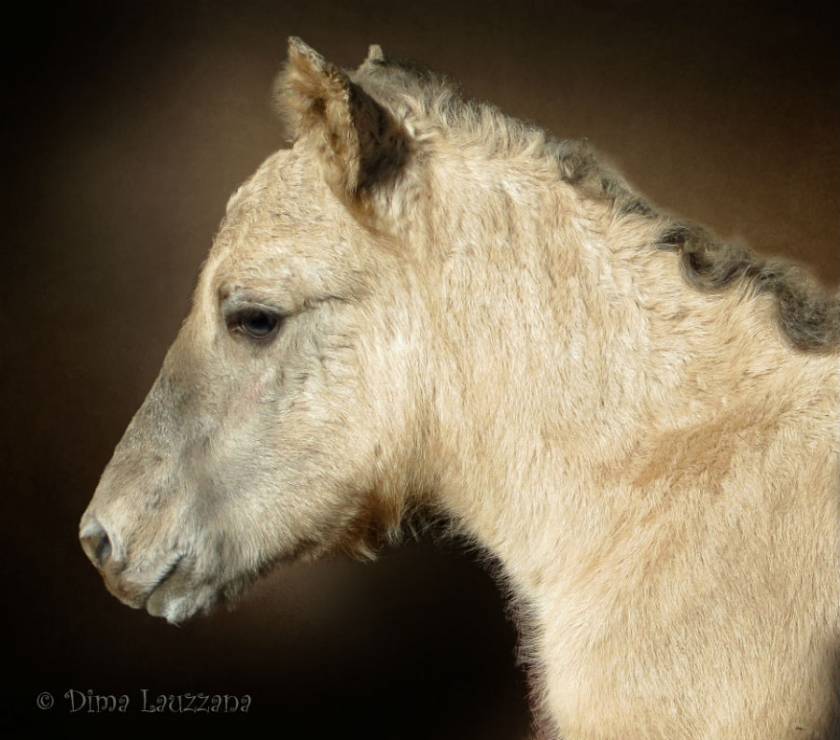 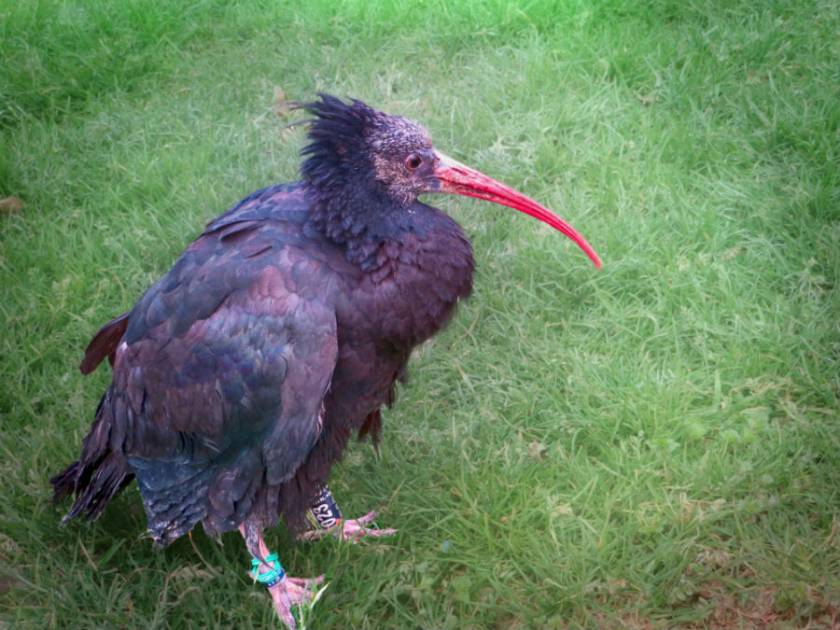 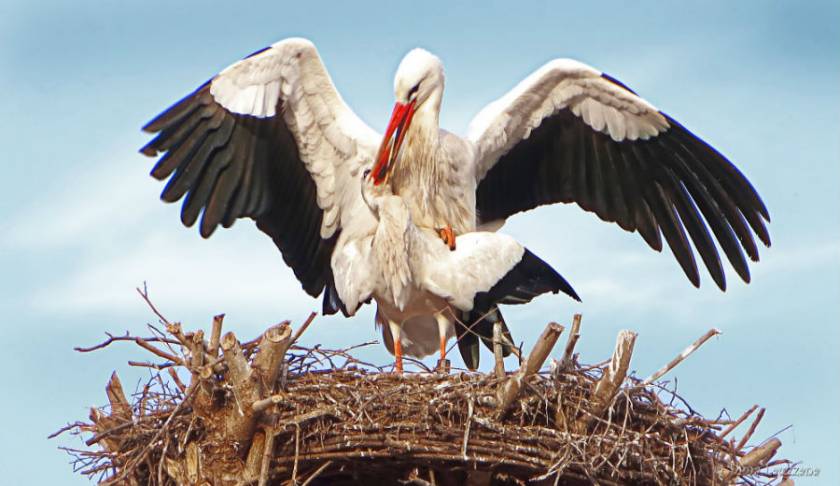 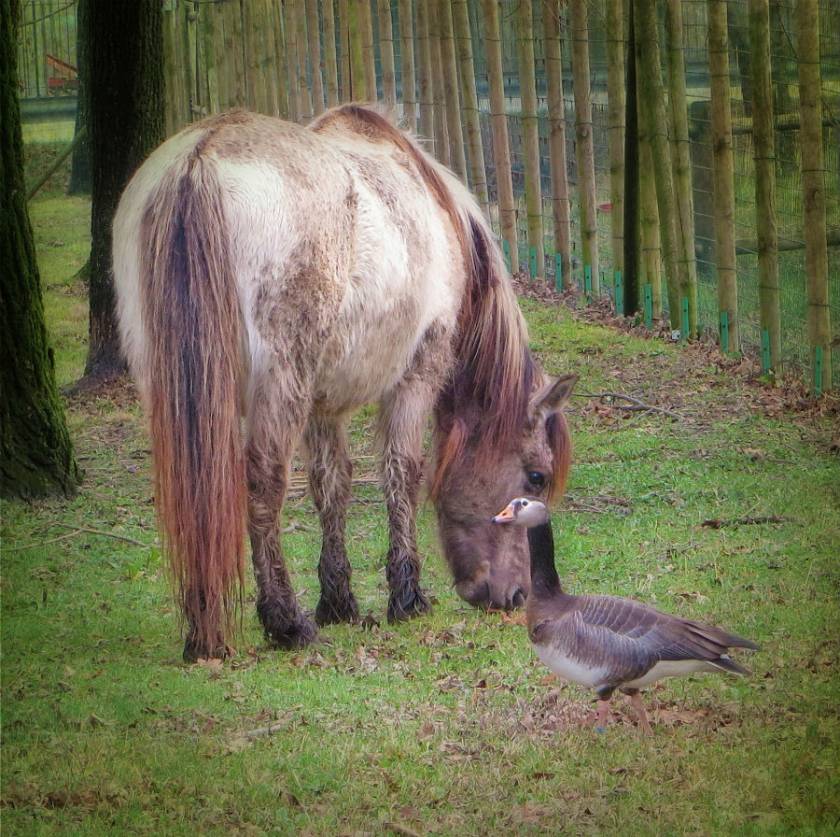 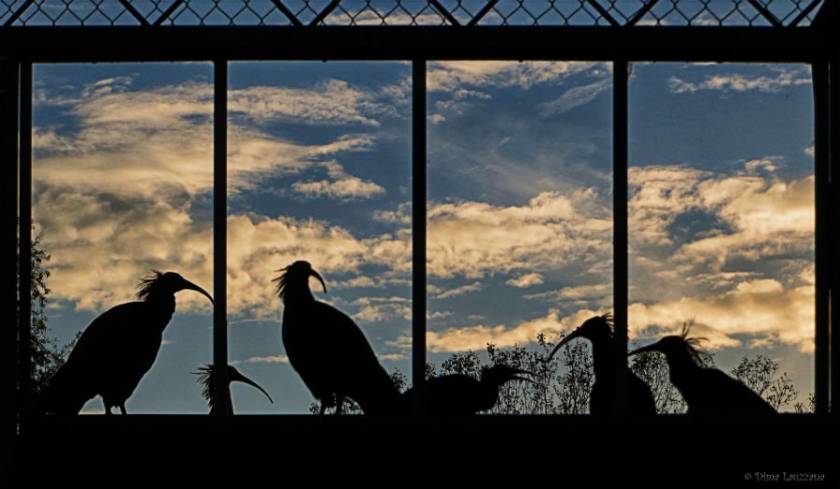 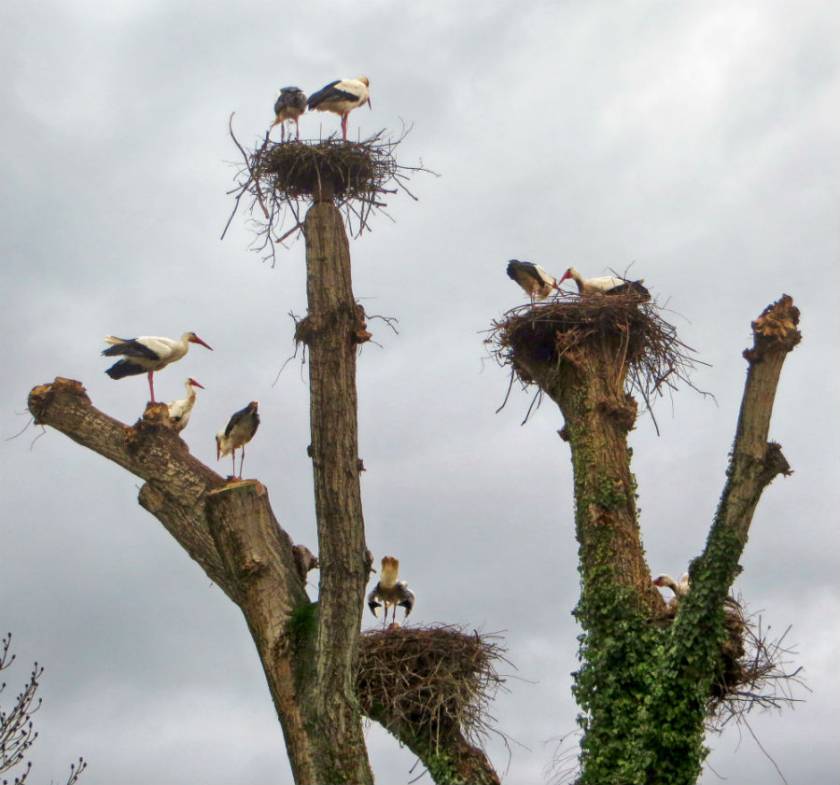 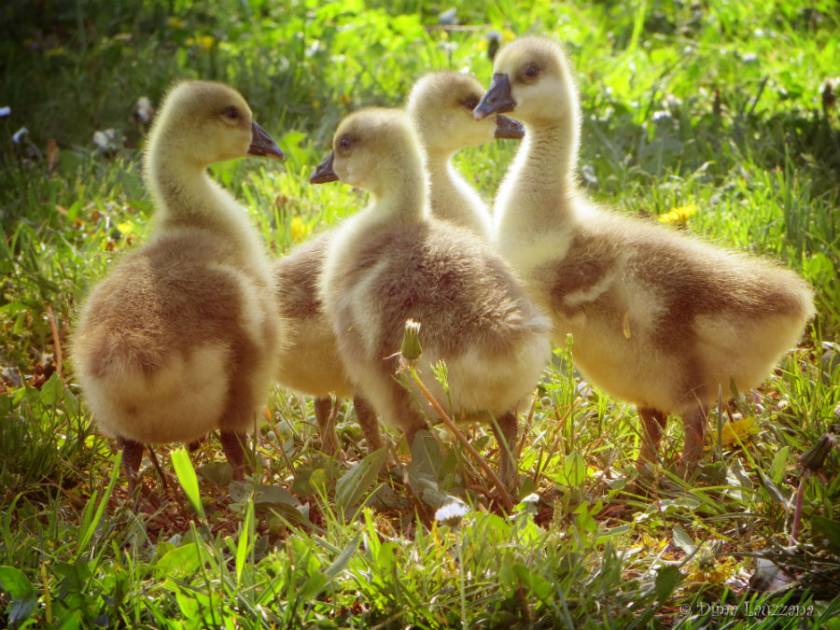 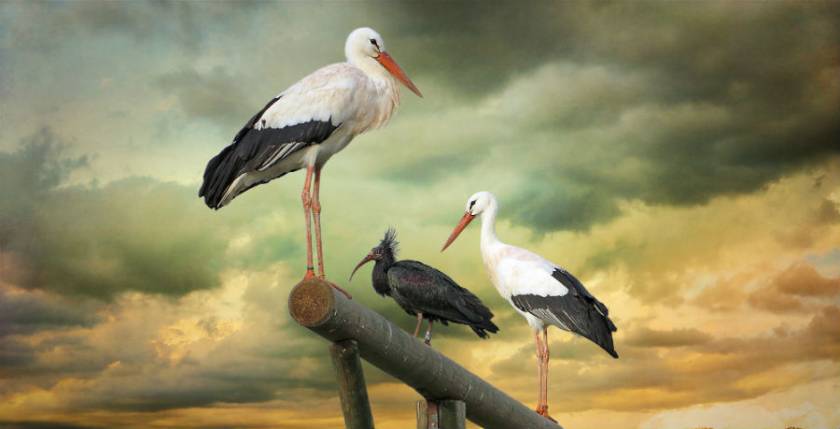 Located north-west of the center of Fagagna, the Oasis is a SIC (Site of Community Importance), where in 1989 thanks to the commitment of the Municipality of Fagagna and the Comunità Collinare an experimental station was set up for the reintroduction of the white stork and hosted a colony of ibis hermit.

White Storks
The White Stork has become the symbol of the Oasis and is undoubtedly the main attraction since the area of ​​the Quadris with its wet environments and the structures already set up was chosen for the establishment of one of the "experimental stations for reintroduction. of the white stork "in Italy. Over 60 specimens fly free in the skies of the Oasis and in the surrounding area. The Storks are migratory birds that winter in the hot countries of Africa and head for Europe to spend the summer and nest. At one time they also nidified in Italy, but neither the period nor the causes of the numerical decrease and then the extinction of the species as a breeder are known with certainty. Even in other countries of Europe, especially in the West, there has been a considerable decrease in the number of storks registered and, in some cases, even the disappearance. It is for this reason that many countries, not just Europeans, but also Africans, are launching programs to protect breeding populations and restocking projects (where the species is in decline) or reintroduction (where the species has disappeared). At the base of the project of reintroduction of the white stork, there is the creation of a sedentary colony that allows the restoration of a migratory flow through the years. The sedentary colony is created for three years by holding small storks in the aviary, which causes them to lose their migratory instinct. In this way pairs are obtained that reproduce regularly in the oasis and in the immediate vicinity. The young storks that have spent their first 3 years in the aviary are released in early March. All children born outside the aviary are left free to migrate to the wintering sites, after identification ringing. Once they reach adulthood, the young will return to the place of birth for nesting, thus creating a migratory flow to which wild specimens could gather.

Hermit Ibis
The project of the imprinting of the hermit ibis started in 2013 with the aim of forming a free sedentary colony at the Oasis as well as reintroducing this species now extinct in Europe and still held almost exclusively in captivity. The project consists in collecting an adequate number of subjects from the aviary of the wild as soon as they have reached 100g (ie no more than 7 days), feed them and monitor the weight, development and behavior during the whole period of growth. Once the young ibis are able to fly and eat independently they are released in another aviary (from which they can enter and exit freely) and become part of the colony of "free" finding their place in the hierarchy. It has thus been found that most of the couples that are formed remain faithful and maintain the same nest. Moreover, some eggs abandoned by parents who are not particularly "responsible" are well incubated (and the children regularly raised) by other couples who can act as adoptive parents. Imprinting is carried out by university students enrolled in faculties with a naturalistic and veterinary approach coming from universities not only in Udine but throughout Italy, under the guidance and direction of experts in the field.

Konjik horses
This is the sad story of konjik horses, very rare small east horses, direct descendants of prehistoric tarpan that populated the vast European prairies, reintroduced in Friuli to save alpine pastures. It was the most important project of reintroduction of horses in nature experimented in Italy. The original nucleus survives in Poland and in some nature reserves in the Netherlands, where these herbivores are used to limit the excessive growth of vegetation. A small group of subjects was imported into Friuli in 1988, for several years living in a semi-wild state in the vast areas of Monte Cuar and within the Municipality of Trasaghis. The project, initially started by the Province of Udine and then entrusted to the Municipality of Trasaghis, has however suffered a series of problems. In 1999, five of them, two stallions and three females, were freed on our mountains, in the Amula valley, in an area that once housed several hundred cattle and several mountain huts up until the fifties, then abandoned. In a couple of years the Konjik reached the 15 individuals, who cleaned the abandoned pastures, widening the area of ​​frequentation from Amula to the slopes of Cuar. Then from 2004, the animals began to die, some of natural death, some poisoned, others in mysterious circumstances. The last three remaining subjects (a stallion, a pregnant female and a filly) were then transferred, in 2014, to the Oasis of the Quadris of Fagagna and placed in a large enclosure specially equipped, where in the following years they were reproduced carrying the number to 6 specimens, three males and three females. Rocco and Belen are parents, Ludmilla the eldest daughter who came with them, Marius was born in 2015, Marco in 2016 and Rosa in 2017.

The Oasis of the Quadris is a place where you can spend a beautiful day of relaxation, love for nature, and carefree. For groups and schools the Reserve is open every day only on reservation, tel. 39 331 9788574.

Via Fornalis 148, Cividale del Friuli (Udine)
29.75 Kilometers from Quadris Naturalistic Oasis
Hotel Meublé Schneider and Locanda Alla Pace Restaurant
The Alla Pace Restaurant is renowned for the typical cuisine of Sauris so much to get in 2007 the...

Piazza Municipio, 14, Venzone (Udine)
23.27 Kilometers from Quadris Naturalistic Oasis
Malga Alta Carnia cheese
Malga della Carnia cheese made from raw milk is one of the products par excellence along with tho...

Via Sauris di Sotto, 98A- 33020, Sauris (Udine)
47.42 Kilometers from Quadris Naturalistic Oasis
Zahre Beer Brewery
The Zahre Beer Brewery is one of the first agricultural breweries in Italy

Sauris di Sopra, 50 - 33020 , Sauris (Udine)
48.83 Kilometers from Quadris Naturalistic Oasis
Legnostile Artistic Laboratory
Legnostile is the artistic laboratory that connects the past and present for woodworking but with...