What to see in Cividale del Friuli, Udine, Friuli-Venezia Giulia 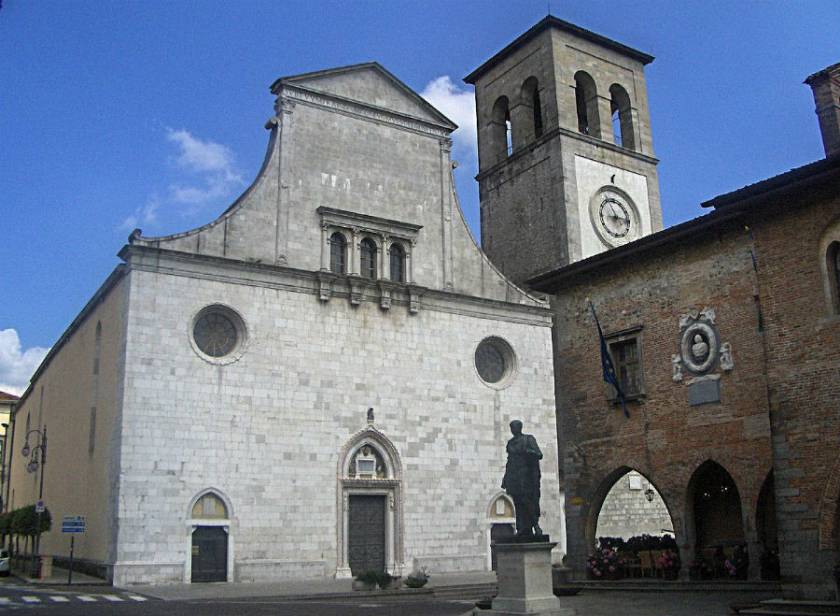 in this place was built a church already existing in the VIII century, but in 1348 it was seriously damaged by a violent earthquake. Further damage li suffered with the earthquake on 8 August 1364. In the middle of the XV century was entrusted to Bartolomeo of tanks, for its reconstruction in the Venetian Gothic style. In 1480 however the architect died only 30 years after about was entrusted to Peter Lombard, who realized the current style cathedral Gothic joint-Venetian Renaissance and. At the end of the XVIII century architects Giorgio Massari and Bernardino Maccaruzzi it realized a wide internal restructuring. In June 1909 Pope Pius X raised it to the rank of Minor Basilica.

The interior is divided into three naves: the central one with a barrel vault, while the two lateral cruise. On the inner wall of the facade just above the main portal is placed the equestrian monument of Marcantonio di Manzano, condottiere cividalese, belonging to the noble family of Di Manzano, died heroically in 1617 during the siege of Gradisca. The sculpture, in lacquered wood, was commissioned by cividalesi in 1621 and is the work of Girolamo Paleario. Above the doors are four tombstones, reminiscent of some of the most important moments in the history of the Duomo and celebrate the benefactors.

Via Pontebbana 74/2, frazione Carnia, Venzone (Udine)
37.78 Kilometers from Collegiate Church of Santa Maria Assunta
Hotel Pa Krhaizar
The Hotel Pa Krhaizar in Sauris is the perfect place to enjoy a great holiday in the Friulian vil...

Fraz. Lateis, 5 - 33020, Sauris (Udine)
66.01 Kilometers from Collegiate Church of Santa Maria Assunta
B&B Jasmina
Staying at the Venzone Bed and Breakfast you will have the opportunity to visit the imposing medi...

Frazione Sauris di Sopra, 7/G - 33020, Sauris (Udine)
71.01 Kilometers from Collegiate Church of Santa Maria Assunta
Hotel Meublé Schneider and Locanda Alla Pace Restaurant
The Alla Pace Restaurant is renowned for the typical cuisine of Sauris so much to get in 2007 the...

Sauris di Sotto, 88 - 33020, Sauris (Udine)
69.08 Kilometers from Collegiate Church of Santa Maria Assunta
Malga Alta Carnia cheese
Malga della Carnia cheese made from raw milk is one of the products par excellence along with tho...

Via Sauris di Sotto, 98A- 33020, Sauris (Udine)
69.32 Kilometers from Collegiate Church of Santa Maria Assunta
Zahre Beer Brewery
The Zahre Beer Brewery is one of the first agricultural breweries in Italy