The Church of San Sebastiano 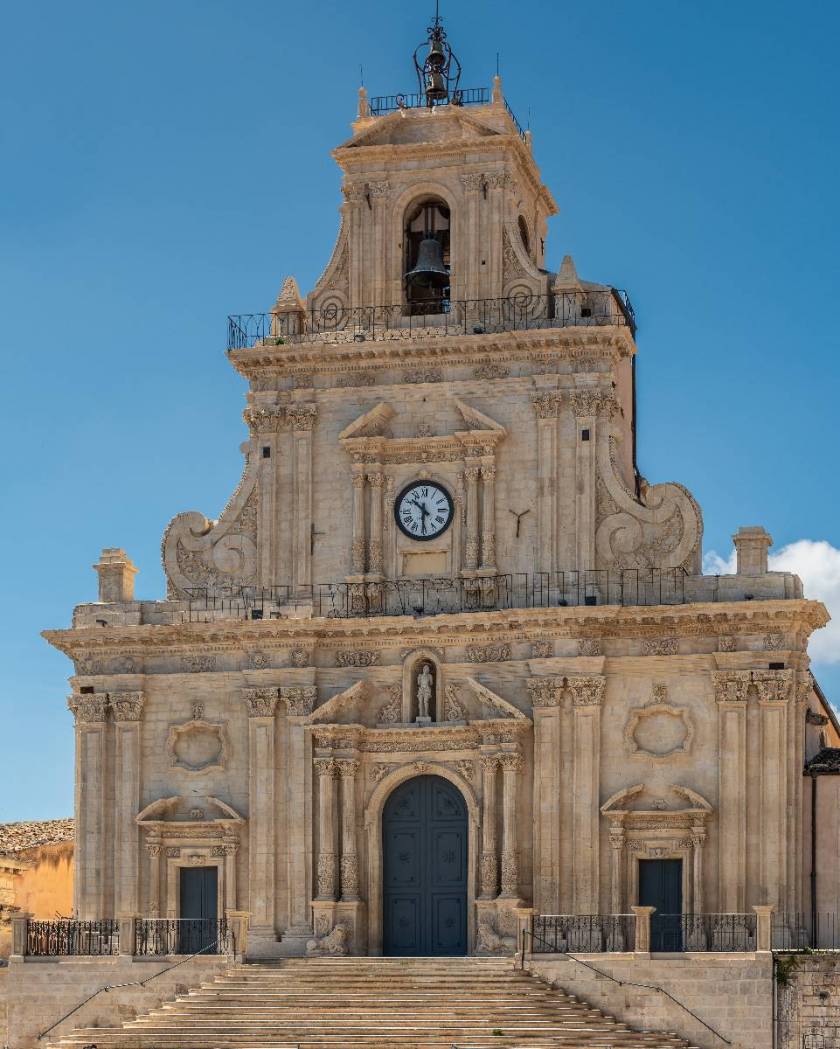 The Church of San Sebastiano

the first church dedicated to San Sebastiano in borgo di Palazzolo Acreide, in Sicily, was built toward the end of the XV century

the first church dedicated to San Sebastiano was built, probably at the end of the XV century on the same site where already existed the church of s. Rocco, built from 1414. proved too small, due to the increasing urbanisation of the district, was rebuilt larger and always on the same area without neglecting the altar of San Rocco. In 1609, this second church, always with a single nave, was already in the factory and was finished in 1655.

It was destroyed by the disastrous earthquake of 1693 together with most of the Churches in the country. At the end of the same century it began the construction of a third church (today), always dedicated to the Saint bimartire and always more or less on the same site, but, this time, with basilican system. The phases of the building were complex and laborious. It was the architect siracusano Mario Diamond the inventor of the monumental facade (which underwent many changes by the Procurators of the church), as well as the initial executor assisted by the masters Milito Buscema, and others. The works were finished around 1782.

The statement of the church of S. Sebastiano high well 35 m is constituted by a cut stone iblea. Its monumentality ago by incomparable backdrop to the large square on which overlooks piazza del Popolo, and gives the correct alignment to the buildings of the left in Corso Vittorio Emanuele III "living room" of the city.
Winds on 3 overlapping orders and embellished by the membering structural and compositional of late Renaissance taste. The first order is characterized by a beautiful portal with the sides four twin columns of type arabescate corinthian in the inner part and with the base two stone lions white, sculpted by the same diamond. At the top, inside a niche allocated on the basis of the eardrum, stands out the simulacrum of the glorious bimartire. At the sides of the portal are the two small gates with columns and on the pediment surmounted by a red seabream. The second order is characterized at the center by other 4 double columns, with pediment of the same typology of the first order; among these is located the quadrant of a large electric clock that went to replace the mechanical clock mounted for the first time in 1885. Two large volutes close the sides of the second order. The Third Order, which shows the same pediment with twin columns, comprises the belfry loggia, dominated at the top by two bells; finally "u palieddu" weathercock to form of flag. The staircase, very scenic, was built in 1877. The year before it was built the Via San Sebastiano, connection axis between piazza del Popolo and Piazza Liberazione-Pretura.

The interior, with a longitudinal plan (m. 36 x 19.50), has three naves and the two chapels close the side ones.

Via E. Pessina, 83-159, Ferla (Siracusa)
6.98 Kilometers from The Church of San Sebastiano
Villaggio Agrituristico Campanio
The holiday farm village offers its guests the typical flavours of the traditional cooking of th...

Via Necropoli Grotticelle, 25, Siracusa (Siracusa)
33.09 Kilometers from The Church of San Sebastiano
= distances as the crow flies