Church of St. Martin in Foro

What to see in Sarteano, Siena, Tuscany 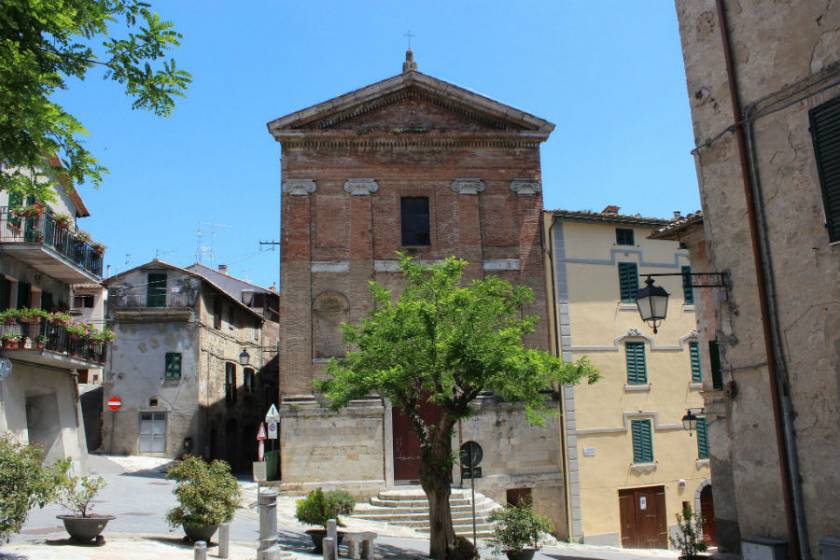 the cChurch of St. Martin in Foro of Sarteano was an ancient church as evidenced by an instrument of 1195, Sartiani actum in Ecclesia S. Martini in hole. Depended first by the monks of the abbey of the Holy Trinity of Spineta and then by the Cistercians of the basket of Florence. Perhaps therein were kept the feudatarie burials of auditors Manenti in Sarteano, of Lombard origin. In 1841, during the demolition of the ancient church, the tombstone walled was under the loggia of the Palazzo Comunale in Sarteano.

The Church has the facade in travertine and cooked with pillars and Doric capitals. It has a unique nave, preserves two paintings on wood by Jacopo di Mino del Pellicciaio, a Madonna with Child said Madonna del cardellino (1344), and a polyptych entitled to the Madonna delle Grazie; a table centinata by Andrea di Niccolò with the Madonna with Child between the Saints Rocco and Sebastiano (second half of the XV century); the famous Annunciation of Sarteano by Domenico Beccafumi (1545 approximately); the Visitation of the Virgin Mary to St Elizabeth of Matteo Rosselli (first half of the XVII century); the Madonna in Glory with Child and Saints by Alessandro Casolani (Last quarter XVI century). In the bell tower is a bell with written in Gothic characters, dated 1282.