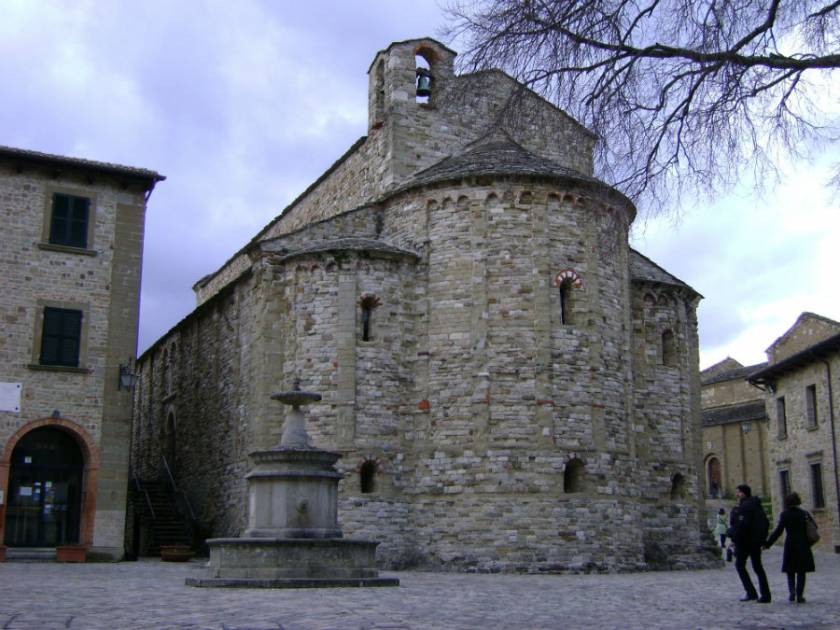 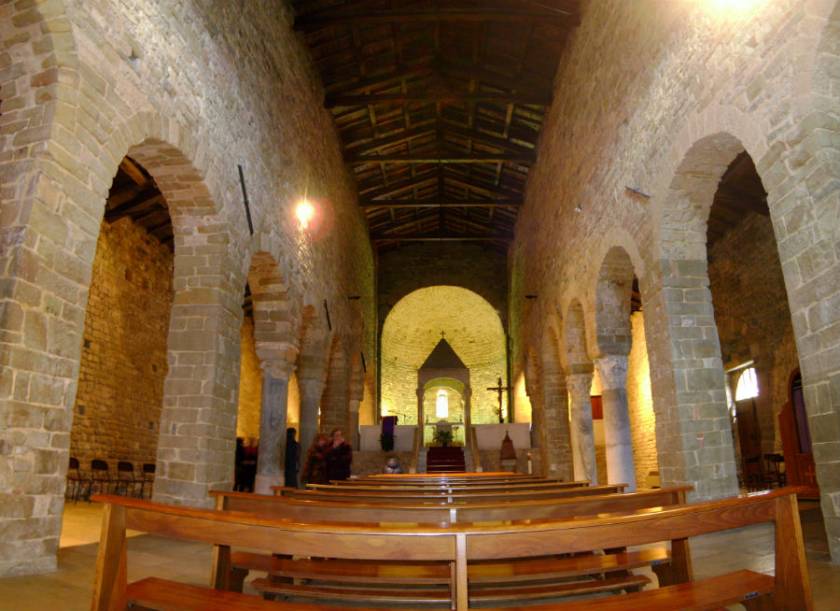 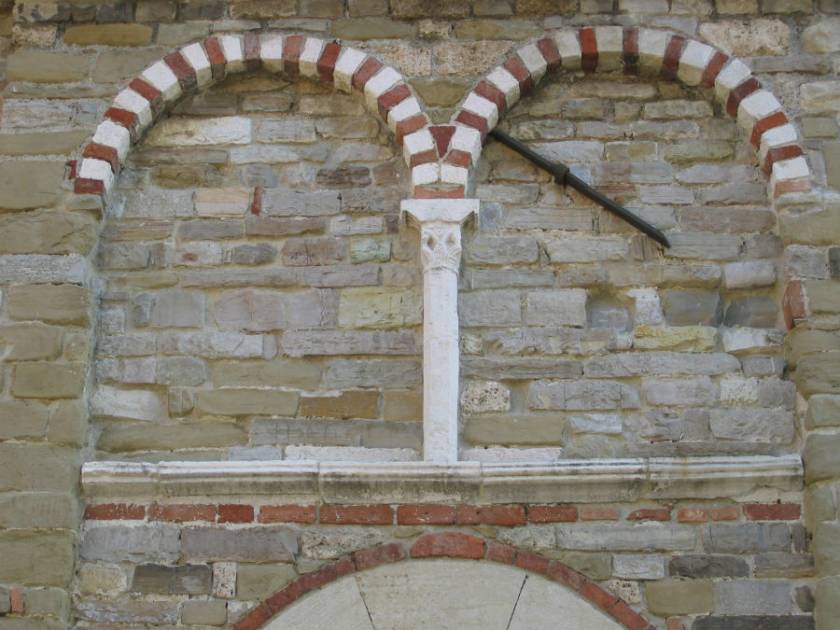 the parish church of Santa Maria Assunta of San Leo is the most ancient building of worship of the village and of the Montefeltro, representing the first witness material of the Christianization of the area, operated from San Leone between the III and the IV century. According to tradition it was precisely the Holy dalmata that by exercising the profession of masons, built the first church dedicated to the Assumption of Mary, the Dormitio Virginis. Thanks to its position on a rocky protrusion under the naves are formed two environments: the crypt and the so-called the small chapel of San Leone. The latter, which is accessed by an external port, preserves traces of an apse dug into the rock. Also safeguards the front of a sarcophagus decorated from depiction of two peacocks drinking to the cantaro, which represents the most ancient sculptural witness of the complex, probably before the VIII century, used in strombo a single lancet window.

The parish church has a basilican plant with three naves. The walls, in sandstone ashlars, limestone and stones of another kind, are marked by pilaster strips resting on large bases with the socket. The three apses are adorned by hanging arches, realized with the alternation of hewn stone and bricks arranged three between the pilasters. The apse, considerably more wide of the other two, incorporates these last for about a third of their perimeter, similarly to the nearby cathedral. Is not received by the arch of the sides and of the facade, which overlooks overhanging on the rock below and which is moved by five buttresses, of which the median is interrupted in correspondence of the mullioned window at the center. Portals are then placed at the sides, both with a round arch and both surmounted by a loggia blind, in whose ferrules alternate ashlars bicolor.

The interior, with a longitudinal plan, has three naves separated by round arches supported by pillars and columns that alternate. The columns, six in total, constitute elements of the Roman or late ancient belonged to other constructions reused in Pieve, as well as for the four Corinthian capitals that dominate, dating back to the I-IV century. On the crypt there rises the presbytery, which hosts in the central apse a ciborium, dated 882.

Via Giovanni XXIII, 1 - 61021, Frontino (Pesaro e Urbino)
14.92 Kilometers from parish church of Santa Maria Assunta
Il Poggianino
In the splendid setting of the Marecchia Valley, in the heart of the spectacular Romagna hinterla...

Via Gemmano, 1050 - 47834, Montefiore Conca (Rimini)
20.91 Kilometers from parish church of Santa Maria Assunta
Il Poggianino
In the splendid setting of the Marecchia Valley, in the heart of the spectacular Romagna hinterla...