What to see in Maniago, Pordenone, Friuli-Venezia Giulia 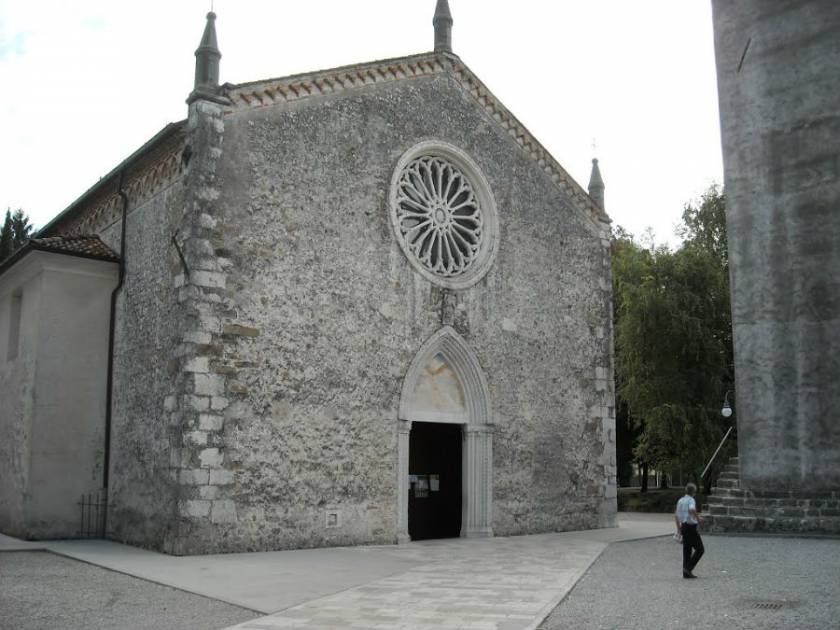 the cathedral of Maniago represents one of the most significant examples of late Gothic architecture of Friuli. The news about its construction dates back to 1488. The bell tower is slightly to the rear of the Church even if it has been modified several times over the centuries and has assumed the current form and defined in the course of the Eighteenth Century. A first clock was installed in 1745, edited by Giacomo and Osvaldo Antonio Cappellari from Pesariis, already at that time the famous Seat of watchmakers.

A last restoration was carried out after the earthquake of the Friuli, 1976; has affected the upper octagon of the bell tower, the cornice and the belfry, with the replacement in 1982 of the bells. The original entrance to the area of the Duomo is constituted by two eighteenth-century portals, work of Giacomo Conte. The simple gabled facade is embellished by the central rosette highly decorative and from the portal acute sixth.

The rose window is surrounded by a thick toothed frame, consists of 18 three-lobed arches with at the center a radiant sun; the same decoration is located in the portal, elegantly decorated by two corded columns that agree upwards where reigns the blessing Father. The interior is composed of a single nave covered by wooden trusses. There are three chapels absidiali and four side walls.

In the chapel of the apse right, dedicated to Saint John the Baptist is present the blade with Christ in Glory with Saints John the Baptist and John the Evangelist, Giuseppe, Pietro and Giacomo, work of Pomponio Amalteo of 1558. The background of the opera contains depictions of contemporary Maniago, as the castle on the top of the mountain and the Duomo itself. In the predella three scenes from the life of John the Baptist.

Piazza Aquileia, 15, Sesto al Reghena (Pordenone)
36.93 Kilometers from Church of San Mauro
Agriturismo VI Pietra Miliare
The Agriturismo offers the best refreshment to those who travel while the accommodations are idea...

Borgo Alpi, 5, Valvasone Arzene (Pordenone)
22.61 Kilometers from Church of San Mauro
La Becjarie
Daniele and Raffaele of Becjarie of Valvasone, in Friuli, are waiting for you to make you taste t...

Via Regina Margherita, 8, Valvasone Arzene (Pordenone)
22.72 Kilometers from Church of San Mauro
La Becjarie
Daniele and Raffaele of Becjarie of Valvasone, in Friuli, are waiting for you to make you taste t...