What to see in Cordovado, Pordenone, Friuli-Venezia Giulia 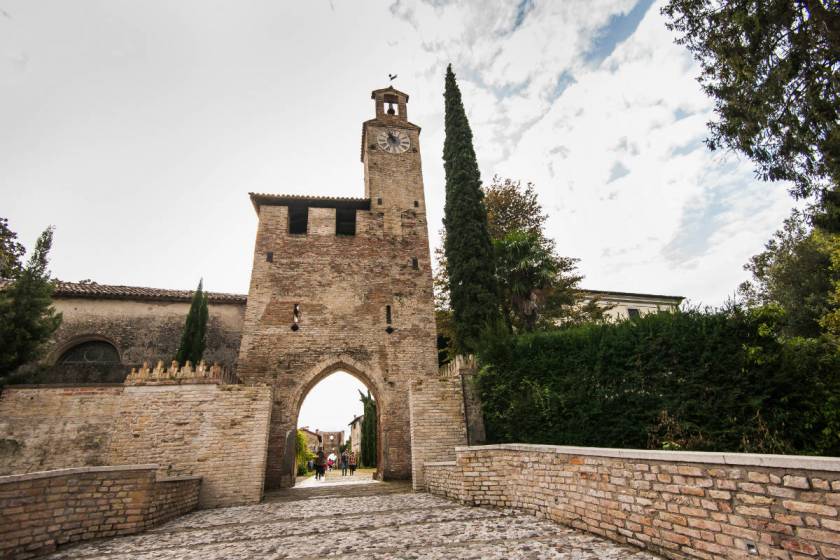 The medieval castle of Cordovado was built in the 11th century on the remains of a Roman castrum which was placed to guard a ford of the Via Augusta.
Thanks to its position, it became the summer residence of the bishops of Concordia, who governed it through a guastaldo, this charge attributed to the Ridolfi family who had the task of permanently residing there, guarding it, defending it, administering it and administering justice.
In the 16th century, after the collapses caused by the violent earthquake of 1511, the present palace was built on the foundations of the ancient manor - Villa Piccolomini Freschi - of which the counts Freschi di Cuccanea became owners by succession and later the Piccolomini accounts of Siena . Of the original structure of the castle remain the two shielded towers and part of the walls very well preserved. Within the latter are the small 12th century church, the 15th century Agricultural palace, the imposing villa, the romantic park of the early 19th century, and the medieval houses.

Agriturismo VI Pietra Miliare
The Agriturismo offers the best refreshment to those who travel while the accommodations are idea...

Via Cesare Battisti, 4, Valvasone Arzene (Pordenone)
16.86 Kilometers from Cordovado Castle
B&B La contrada
The Bed & Breakfast La Contrada, in the heart of the village of Valvasone, is immersed in a frien...

Vicolo Monte Santo, 1, Valvasone Arzene (Pordenone)
16.93 Kilometers from Cordovado Castle
B&B La contrada
The Bed & Breakfast La Contrada, in the heart of the village of Valvasone, is immersed in a frien...