What to see in Pomarance, Pisa, Tuscany 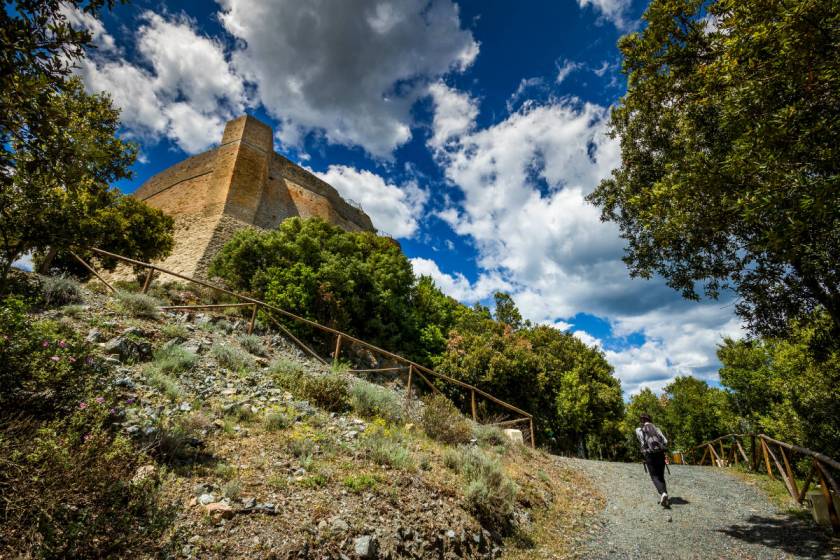 The Sillana Fortress of Pomarance, visible at a great distance, dominates the village on the summit of a hill at 530 meters above sea level, in a privileged position from a military point of view. La Rocca in fact allows to check strategically the val di Cecina and the valleys connected, a vast territory that includes large portions of the provinces of Pisa, Siena and Grosseto.

The legend, also in virtue of the name, would like to trace the origin of the fortress to the civil war between Mario and Silla. According to this hypothesis the legendary name of the Rocca Sillana would in fact from the cognomen of the Roman General Lucius Cornelius Silla. The second hypothesis most credited the fortress was built around the XII century. It belonged to the bishops, and subsequently to the municipality of Volterra that have long contended these territories, was then enlarged on a project by Giuliano da Sangallo in XV century when Pomarance passed under the jurisdiction of the florentines who had subtracted to the Pisans.

It is not excluded however a previous use in Roman times of rocky relief. In the area are now many archaeological finds which would confirm that this territory has been inhabited since periods more remote: the discovery of Roman coins of the epoch of Silla, the discovery of numerous tombs of Villanova and Etruscan (referred a tholos of the V century B.C.), the discovery of the tomb of Hellenistic age dating back to the IV century B.C., and the discovery of a funerary epigraph latina found a few hundreds of meters from the Rocca Sillana.

Via Berignano, 76 - 53037, San Gimignano (Siena)
22.93 Kilometers from
Tenuta Il Cicalino
Located at the foot of the medieval village of Massa Marittima, in the picturesque setting of the...