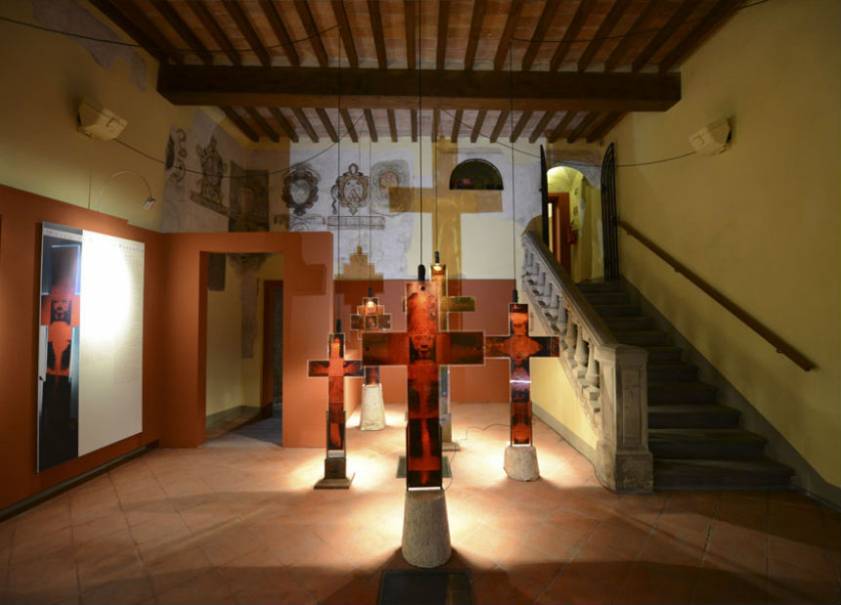 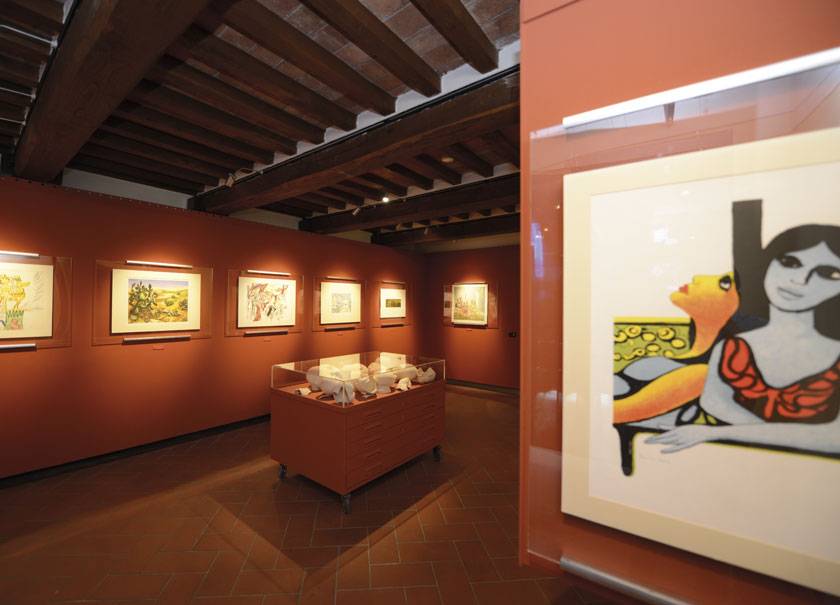 The Museum of Russian Icons "F. Bigazzi" is located in Peccioli, Tuscany. Since the 1990s Peccioli has believed in the possibility of a dialogue between the medieval layout of the territory and contemporary art, through an operation of introducing site-specific interventions into the urban fabric, such as the installations "Fonte" and "Chiacchiere" by Vittorio Corsini, or "Colonna che scende" by Hidetoshi Nagasawa, up to "Acropoli" by Vittorio Messina and "Ospiti" by Fortuyn/O'Brien, to name but a few.

For over twenty years, contemporary art has been blending with urban space, narrating a place and its inhabitants, establishing a dialogue between present, past and ancient iconographic languages that is renewed with the New Opening of the Museo di Palazzo Pretorio.

The ancient Palazzo hosted the "F. Bigazzi" Museum of Russian Icons, which was inaugurated in 2000. Over the years, it has become a place for the conservation and exhibition of two collections of icons, with a total of about 200 works on display: the Bigazzi Collection and the Belvedere Collection, which are periodically expanded through targeted and careful purchases of selected works.

The Museum is enriched by the Collection of Engravings and Lithographs - Donation Vito Merlini, a collection of works ranging from the informal to the figurative, to the Metaphysical; 279 sheets of engravings, lithographs, xylographs and serigraphs collected by Vito Merlini, doctor of Peccioli, who donated them to the Municipality in 2006.

The ancient palace, dating back to the Middle Ages and remodelled between the 18th and 19th centuries, a symbol of the centrality of political power over the centuries, thus becomes the fulcrum of Peccioli's exhibition and museum activities, bringing contemporary art and art from apparently distant places together and into dialogue.