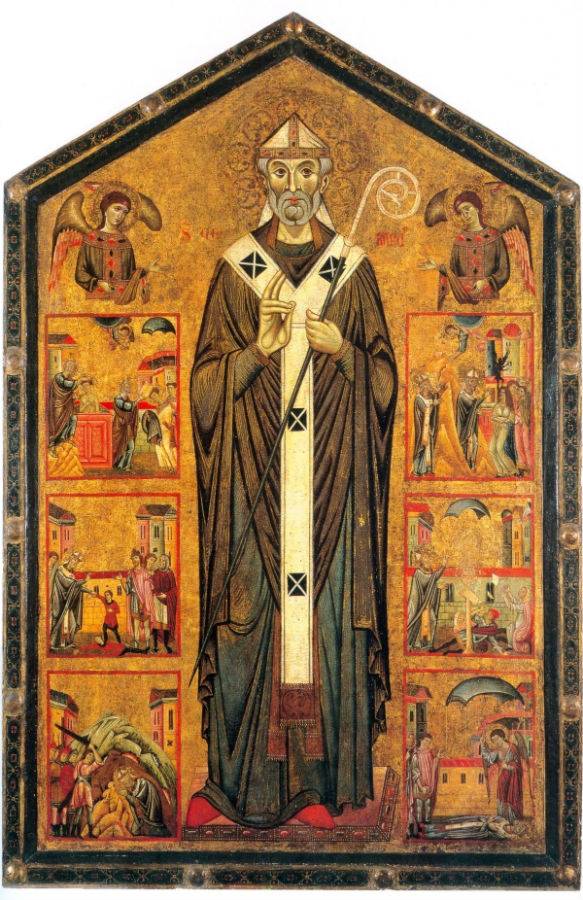 the Parish church of San Verano, in Peccioli, was probably built between the end of the XI and the beginning of the XII century. It has the prospectus punctuated by five blind arches, decorated by elegant lozenges, Pisan inspiration, while the sides are moved by hanging arches. In the bell tower, built in 1885, can still be seen the ancient medieval structure.

The interior is divided into three naves, has been amended several times and in 1580 was added to the chapel of Our Lady of the Assumption, whose inside are included three paintings of the seventeenth-century painter fiorentino Jacopo Vignali; the same author will keep the Assumption of Mary. There are also a Crucifix of the XVIII century, a Madonna with Child and Saints by Neri di Bicci (1464), and two paintings of the Pisan school of the XIII century: Stories of San Nicola di Bari and Madonna with Child. The evening of the feast of the ss. Annunziata, 25 March 1688, the pieve went to fire and the following year was restored.