Sanctuary of the Madonna della Verucchia 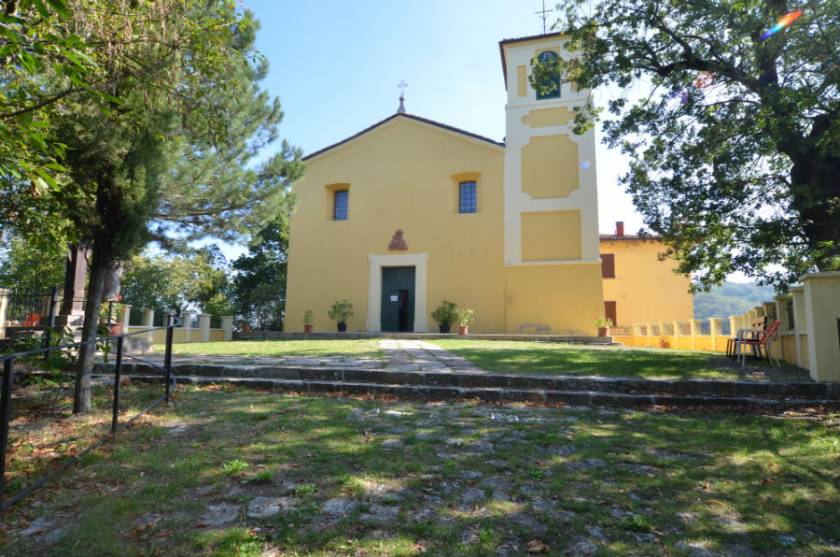 The Sanctuary of the Beata Vergine della Verrucchia is likely mentioned since 1291 with the toponym "Church of Verucchia", at the time dependent on Missano country church. In the centuries has undergone many restorations and redone until the last, in 1689, that amplified considerably the structure to accommodate the growing number of faithful. The simple facade, characterized by the portal in bricks and by two windows, is flanked by the bell tower which repeats the usual type in the area.

The interior has a single nave. The small image of the Madonna with Child that is venerated at the Shrine, inserted in a seventeenth century canvas on the high altar, there is a rare painting on wood. Although retouched several times in subsequent eras, is due to late Gothic emiliano. In the image are attributed many miracles, as testify the ex vow that the framing. On the side altars stand out other paintings including San Carlo Borromeo, made with a lot of naturalness and Our Lady of the Rosary and the Mysteries, both of the eighteenth century.

In the Sanctuary is also preserves the memory of the apparitions of the Blessed Virgin Mary. The first took place before the '200: the Madonna appeared to a young shepherdess through a small plant of hawthorn that grew on the hill. The second took place on 26 August 1660 a "anguished couple of browned", Antonia Virgili di Bartolomeo, also oppressed by his family because it is deemed too Pia. For the religious tradition, the Sanctuary of Verrucchia is a very important place and suggestive, located in an extraordinary natural landscape and a dense atmosphere of deep spirituality.